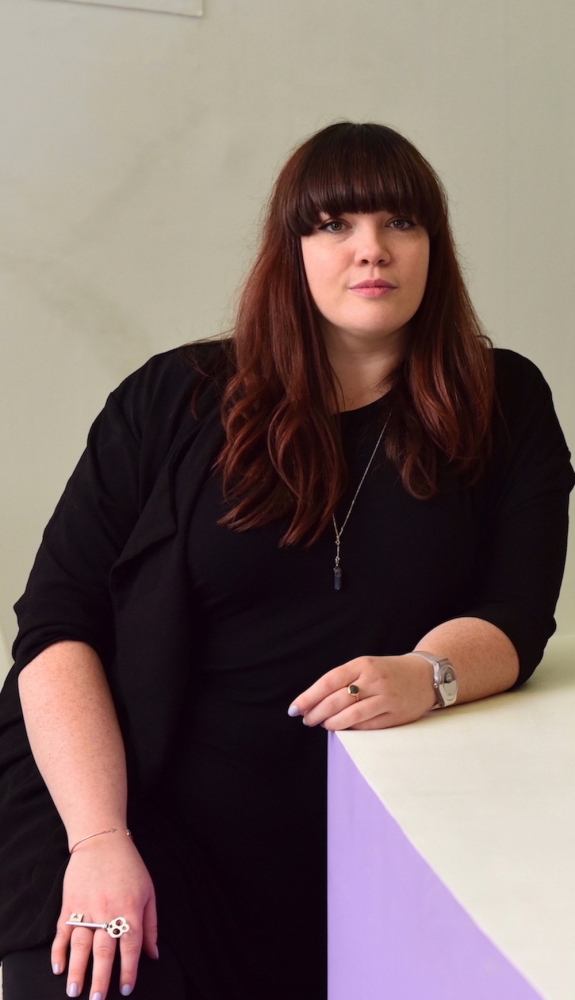 Ryoichi Kurokawa makes stunning architectural moments and movements using audio and video, which play with perception and with the position of the viewer. unfold followed in this method – with a focus on the sensorial, the experience, the moment and the aesthetic, Kurokawa created a synesthetic, immersive audio-visual experience. 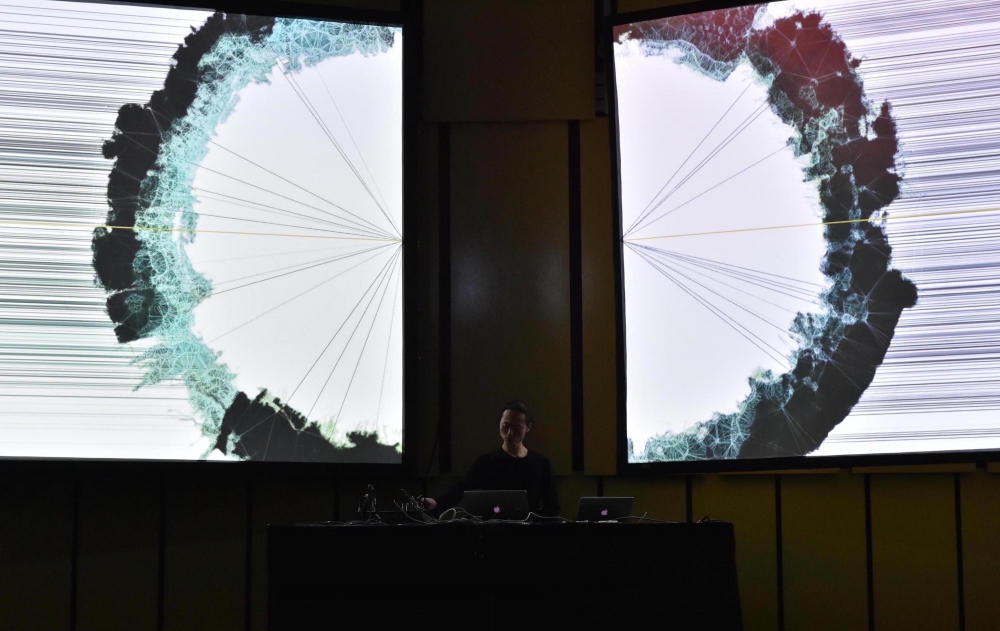 Since FACT was established, we have explored the possibilities of uniting technology and art. FACT had wanted to work with Kurokawa for many years, and this project presented the perfect opportunity to do so, incorporating themes which are central to our programming and identity. A large part of our work has included research in to a diverse range of scientific experimentation, research and methodologies, to explore the possibilities of what a life augmented by technology might look, and feel, like. Previously, this has including commissions in a wide variety of media, from bio-art performances to installations. FACT was fortunate to have been heavily involved in unfold (2016) from the initial stages of the commission to final exhibition.

The concept for unfold (2016) is one which Kurokawa had been working on for many years, and in many ways is borne from his previous body of work which includes artworks such as: _syn (2013), constrained surface (2015), and oscillating continuum (2013). He has continued to investigate the natural world, and the scientific constructions contained within it for many years, through a variety of media, including performance, installation, and video work. In this way, unfold (2016) was a very natural ‘next step’ in the investigation with which his practice is concerned, uniting not only audio and visuals seamlessly to provide a synaesthetic experience, but also combining the worlds which are so present in his work: art and science. This unique project enabled Kurokawa to work in partnership with CEA Saclay, the innovative research centre in Nantes, France, who allowed the artist unprecedented access to previously uninterpreted data.

FACT also presented an older work by Kurokawa, completed last year, called constrained surface (2015). This work stimulates a purely synaesthetic response from the coming-together of light and sound. Ryoichi has previously said that more than “meaning” his work attempts to convey “feeling”, and play with aesthetic expectations. An almost impossible structure, this sculptural work brings together light, colour, sound and movement in an impressive, impactful experiential installation. constrained surface (2015) perfectly illustrates the way Kurokawa makes use of technology within his practice. He uses digital methods and tools, as well as emerging commercial technologies to articulate his work, ensuring that the expression within the piece is never overshadowed by the tech itself. Kurokawa’s practice continues to utilise technology, rather than showcasing technology itself. 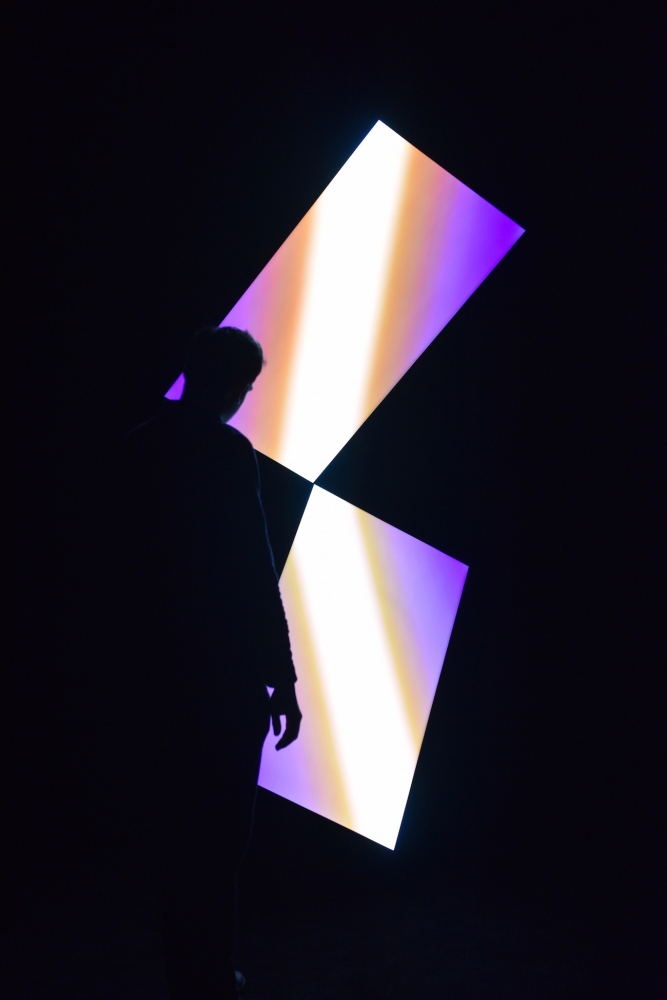 The Public Programme surrounding the exhibition allowed us to approach Kurokawa’s project from a number of angles. It included an extensive range of workshops and events, film screenings, and an ‘In Conversation’ between Ryoichi Kurokawa, and Vincent Minier, astrophysicist and advisor to the project, which helped to demystify some of the science behind the work. We further explored synaesthesia through a number of performances and events, including our family friendly Do Something Saturday! programme (which included drawing sessions, family-friendly astrophysics research and showcasing computer programmes which look into the life of stars). These activities have happened both in and outside FACT with performances, screenings and events at Liverpool-based music festival Sound City, a performance at Royal Liverpool Philharmonic and local music venue, The Jacaranda, inviting wider audiences to experience and respond to Ryoichi Kurokawa’s work. We are also very proud to showcase unfold at Jikji Festival in Korea, Scopitone Festival in France, and Ars Electronica in Austria.

It has been a challenging, interesting and a rare opportunity to be able to interact with a work which is so deeply rooted within the field of science. Personally, it has allowed me to research areas which I have been interested in for a long time, in which artists like Kurokawa explore and articulate. Works like unfold (2016) allow a whole new audience to interact with ideas which can often feel quite distant, or complex; they capture people’s imaginations and senses and lead them into a world which sometimes feels just out of reach. They also prove to be exciting opportunities for scientific research facilities and academic departments to cross into other disciplines and in doing so, find and create new areas of interest and discover new audiences. We were very excited not only to present the premiere of unfold (2016), but also to embark on an exploration of its impact, meaning, and background with our wider network of colleagues. These colleagues were based not just in the arts, but in the science departments of the local universities and those in the city who work on bringing the concepts contained within the intricate, awe-inspiring world above us, a little bit closer to home. 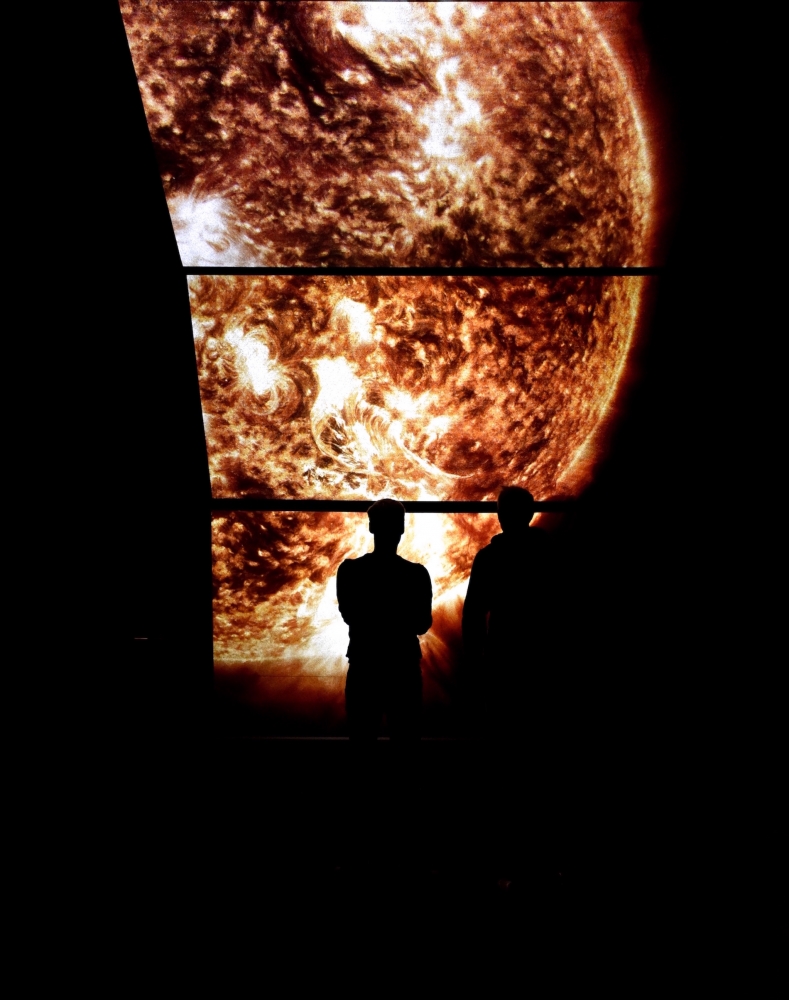