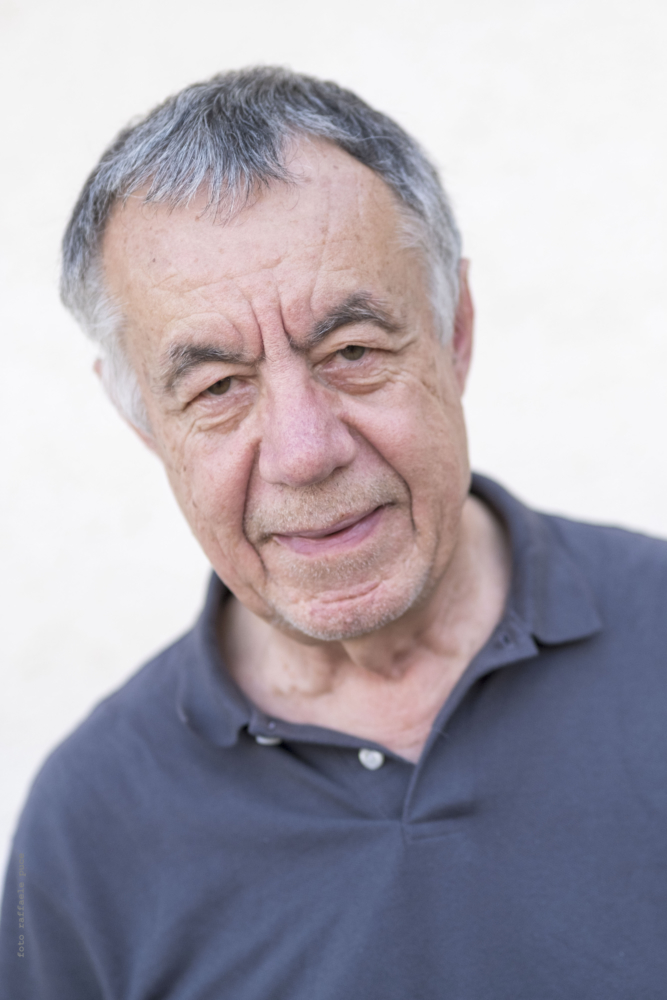 “Which one of you has a pure identity?”

It is the question that the Japanese performer Ema Tashiro addresses to the audience during one of the most exciting scenes of the performance Humana Vergogna (HUMAN SHAME) coproduced by # reteteatro41 and European Capital of Culture Matera 2019 with the support of EU Japan Fest. 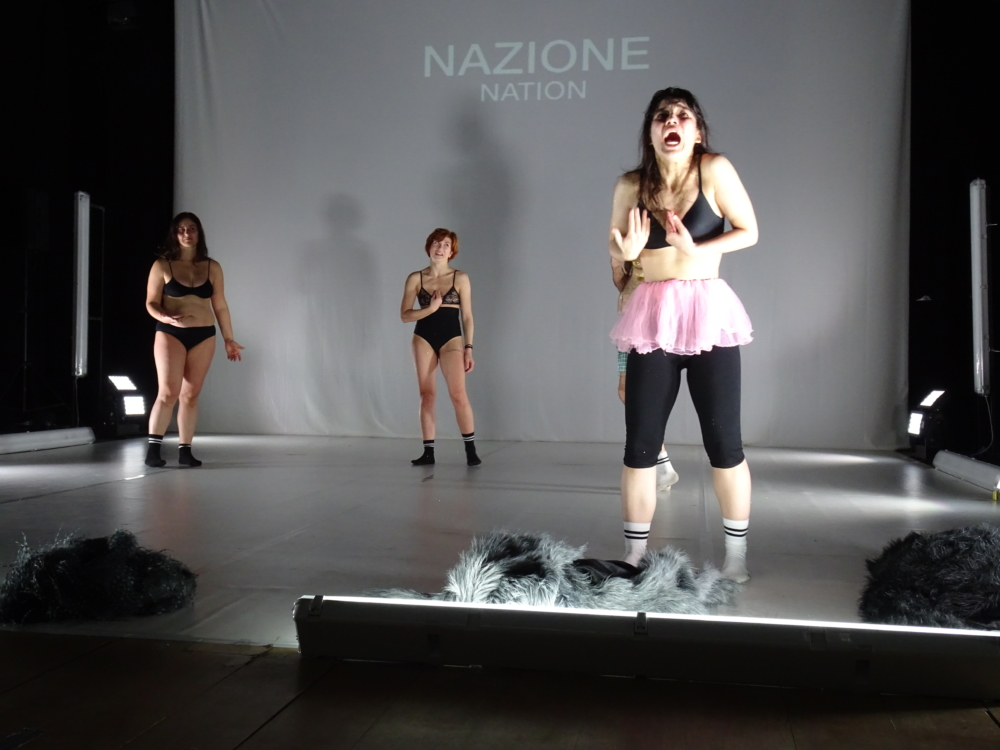 On September 2019 the question resonated on the stages of the Balkan countries (Montenegro and Northern Macedonia), in countries, as we know, historically populated by ethnic minorities with the presence of Albanians in Serbia and Kosovo, of Serbs in Montenegro, of Serbs, Bulgarians and Albanians in Northern Macedonia. Countries where the entry into the European Union is delayed due to the insufficient democratization of societies and the lack of recognition of minority rights.

In such contexts and circumstances, a show like Humana Vergogna does not exhaust its task in the important aesthetic dimension but accompanies the audience to the rediscovery and reappropriation of key values of European citizenship: human dignity and the centrality of the person, freedom, equality and rights.

“Which one of you has a pure identity?”

Here, more than anywhere else, the performer’s question has a taste of challenge, like an invitation to the dialogue and mutual understanding, to the respect for diversity. 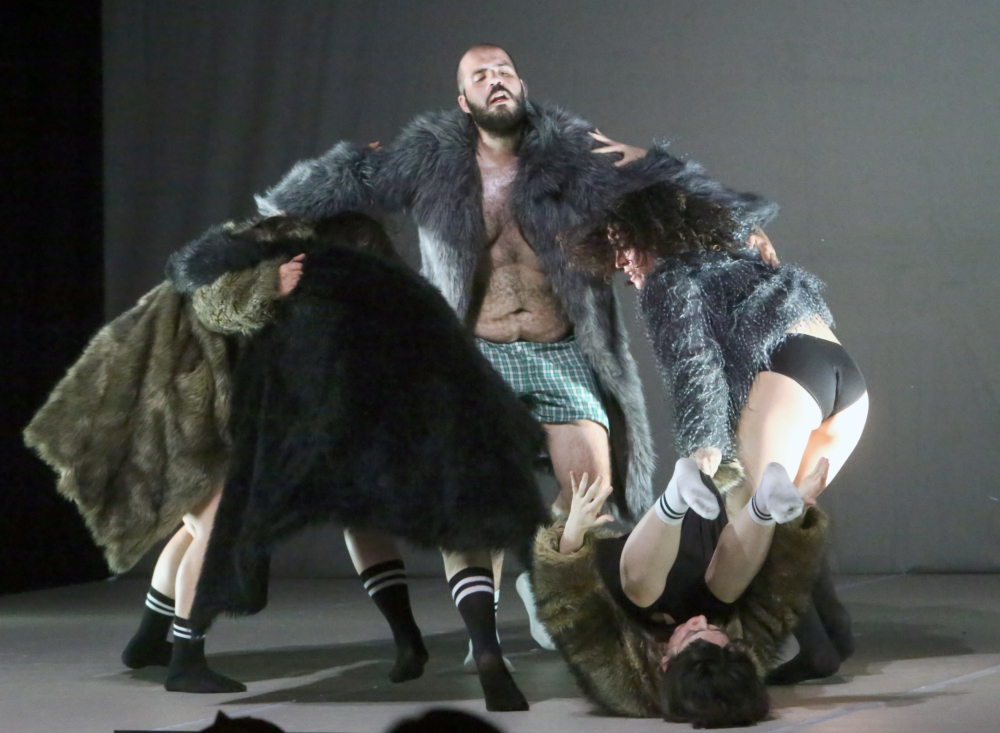 There is also an explosion of memories and desires that the show Humana Vergogna triggers, conveying the values of Matera 2019: the desire to overturn hypocrisies, to transform intimate and collective shame into beauty, to overcome conventions and impositions within a society and a patriarchal culture that in Northern Macedonia is still too imbued with gender, racial and religious prejudices.

An idea and a project of change and transition to a beauty that is a balance of soul and body, towards a society that feeds on encounter and respect for others, towards a time that is not only present but an inextricable intertwining of the present past and future.

So the performance Humana Vergogna is a big challenge for arts and societies.

The performance doesn’t communicate with a limited audience of experts and professionals, but communicates with a broad audience of spectators of all ages and genders, of all social and cultural backgrounds.

It uses a language accessible to all and tells topics that touch each of us. It not only communicates with the audience but allows the public to be part of it, to be involved, to feel itself a protagonist by communicating its shames to the performers. (Each spectator is called to fill in a paper where he writes his shame)

Thanks to the work of the director and choreographer Silvia Gribaudi and the performers, a particular working methodology has been developed that brings together humor, dramaturgical content, skills and professional techniques. 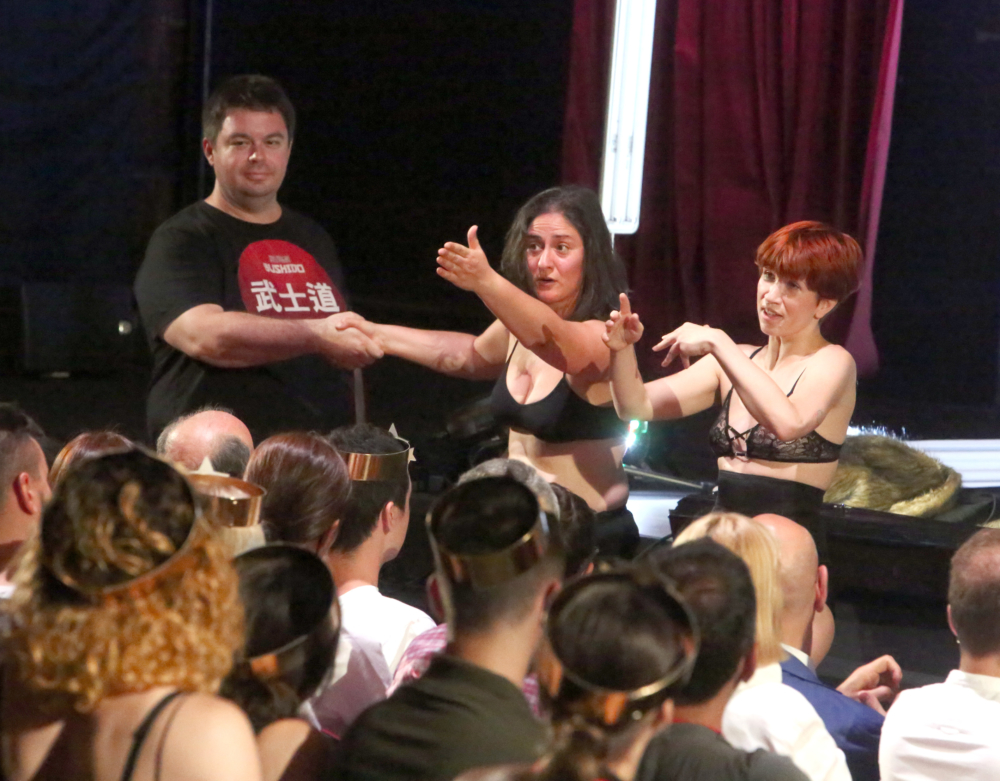 The innovative work method has been particularly appreciated in Montenegro and Northern Macedonia where there is a strong and long tradition of training the actors based on the relationship between word, gesture and action, where however the primacy of the text on the choreographic action is noted.

The lesson that can be learned from Humana Vergogna can be that of the need to reinvent and innovate the languages of the scene, further contaminating genres and techniques, making theater, dance, visual arts dialogue without never forgetting to communicate with the audience.

Following Mr. Kogi’s visits to the Balkan countries that introduced EU Japan Fest and its specific mission here, the tour of the performance allowed those countries to enter into a relationship with one of the Matera 2019 projects that is considered a good practice in terms of co-planning and co-creation.

Now this project is inspiring and guiding the work being done in the Balkans for the candidatures of new European capitals of Culture in the coming years.

For the year 2020, we expect to bring the show to countries like Japan and Korea, where the topic of the shame is particularly felt, especially among the younger generations.

The hope is to be able to meet and talk together with Japanese and Korean artists with whom we would like to share working methods to enrich our knowledge. But above all, we are interested in meeting the young spectators to whom the performance will surely give moments of awareness but also a lot of hope and joy of life. 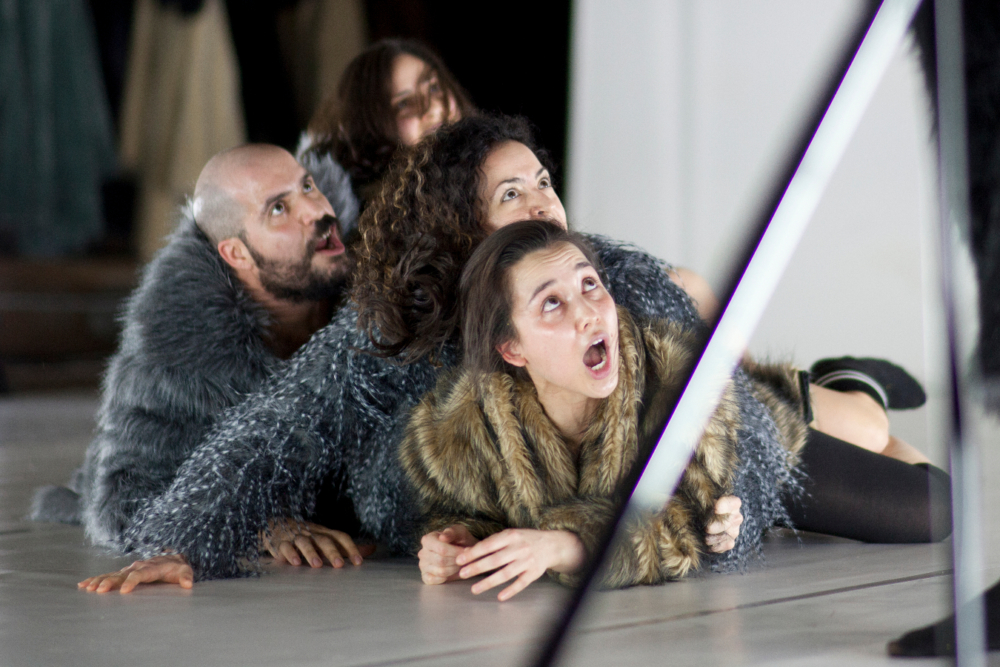