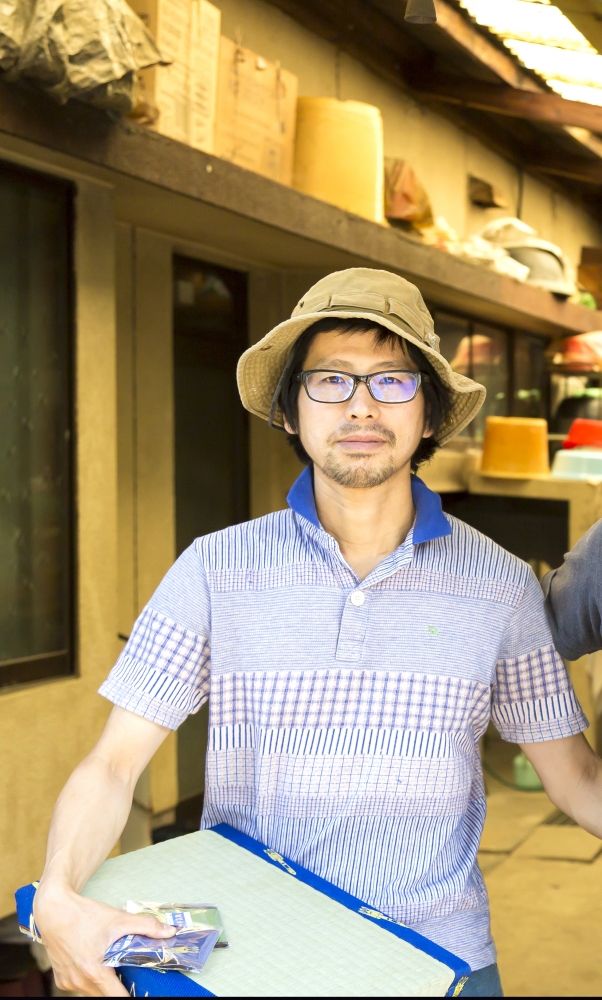 About the same time last year I showed photos of my work in Venice. One year on from that I was blessed with the opportunity to show actual work in Czechia. This would be my first time to execute work outside Japan, and that on a tight schedule of just two weeks from procuring materials to production and installation. However, my experience working at home together with the warm support of the Czech staff, the local materials and the efforts of the engineers permitted their sublimation into a new work that surpassed imagination.

Those days I worked in the studio from early morning till late at night, traveling to and from an apartment a ten-minute walk away. What first made an impression on me was the beauty of the streets, and then how dark the town was at night. The orange glow from the streetlights, and the flagstones quietly reflecting it. These are what made those nights good. Perhaps to prize darkness is the same as to prize light. And perhaps the city has overcome its darkness through its long history. What also surprised me is that during the production process the staff asked whether I felt no deadline pressure. In Japan it is a regular thing to be asked whether you will meet a deadline, but here it is makers and human beings, not work, that are central. Results are important, of course, but I detected more of a culture of respect for people.

Materials available to me in Japan being unavailable in Plzeň, I had some order-made ones procured before my arrival, but since this swelled the budget and I couldn’t sense in the materials the comfort that arises from reasonableness, I visited a number of shops selling construction materials and settled on using new materials I found locally for the production process. Small changes in details have their effects on a number of levels, including structure, strength, production methods, design concept and beauty. I revised the design any number of times while adjusting for these effects. In the end we obtained light effects that I had not even considered, and I think it came off rather well. 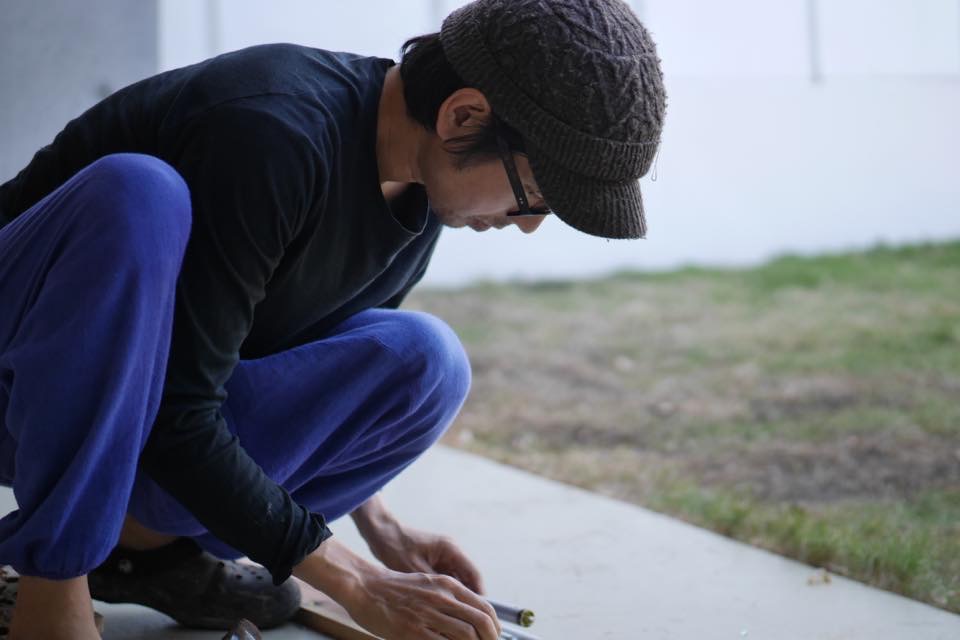 It was with the exhibition upon us that the director asked me what to do about sound. I had not originally assumed audio, but there would be tens of thousands of visitors, and given the character of the festival, I approached my selection more with a preference to large numbers relaxing to enjoy the work rather than concentrating to view it. Having some trouble finding audio that would suit the work and focus visitors’ attention but not heighten their tension, and not restrictive of imagery, I remembered Asako Miyaki, who I had previously appeared with on stage, and decided to borrow some of her audio. Since that audio is part of a set with abstract images by Jun Kosaka, I hit on the idea of projecting those images onto the exterior walls of my work. While projecting images would likely make an exterior wall appealing and also generate within the work light effects that we could not anticipate, it was also pregnant with the risk that the impression made by the images would be too strong and alter the character of the work.

The day prior to the exhibition I talked things over with the lighting engineers for a number of hours and adjusted the position of the lighting again and again. It being an evening exhibition, it was the lighting that would either vindicate all of our work and the staff’s efforts or make a mess of it all. I sensed something powerful in the professional spirit of the engineers who stayed with me until late at night as, never satisfied, I made change after change. Though I made some impossible demands of the lighting, the completed form of the work began to come into view, and I was grateful that the staff intuited that this was of greater importance than budget issues and made the adjustments that I asked for. 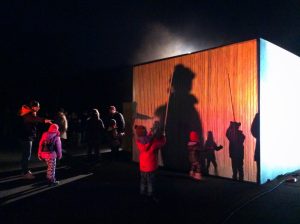 On the day of the show, the exhibition opened after six p.m., and people began to gather as the sun went down. Just as it got dark the line to see the work had grown, and the wait time was up to about an hour. I felt half overjoyed and half apologetic. Since Czechs tend to have a large frame, we made the entrance over twice as large as at exhibitions in Japan. Although the experience of the space would not extend to ducking through, as when one enters a classical tea room, making the entryway any smaller would have lengthened the wait time even more and likely made for an unfriendly exhibition. It’s difficult to achieve a balance between a deep spatial experience and looking after the viewers. This show welcomed 40,000 visitors over two days, and if any more than that were to be expected, one would need to consider, quite apart from the artistic elements, new challenges in terms of visitor flow.

The audio and images that had preoccupied me blended together oddly well, and I rather think many visitors experienced it as a single work, a single experience. The sound, objets, light and presentation became one, and it had a harmony such that one could not tell what had been whose job. Each individual ad hoc decision taken locally with regard to changes of material, projection and so on seemed all to have been meticulously arranged in the past with a view to achieving this spatial experience.

The work was well received, bolstering my confidence that the experience constitutes a universal medium transcending language and logic. Visitors spoke to me candidly of their impressions, and it was a refreshing experience to be sought out to shake hands. Since different people will have their own different feelings and opinions as a matter of course, it may be something of the continental culture, enclosed by national borders rather than seas, that brings people to take responsibility for their own words, expressed freely.

In the course of production, it was confirmed to me how, despite small differences in tools, iron and wood react in the same ways and technology is an unchanging language the world over. And that the language that is the work I produced was received naturally and produced pleasure among people living in a faraway land was for me tremendously moving. It was only with the warm support of people taking part in  Plzeň 2015 that we were able to achieve these experiences and outcomes. Though I had time for little else than the production process during my stay there, these were three weeks in which I came to know deeply the streets of Czechia and the kindness of her people within a limited time. 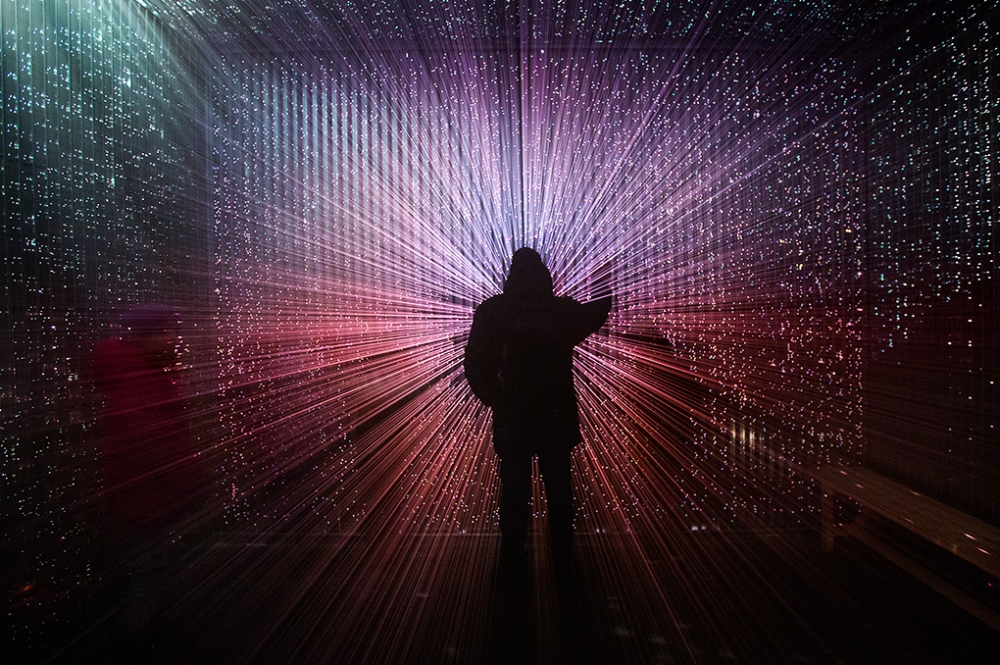