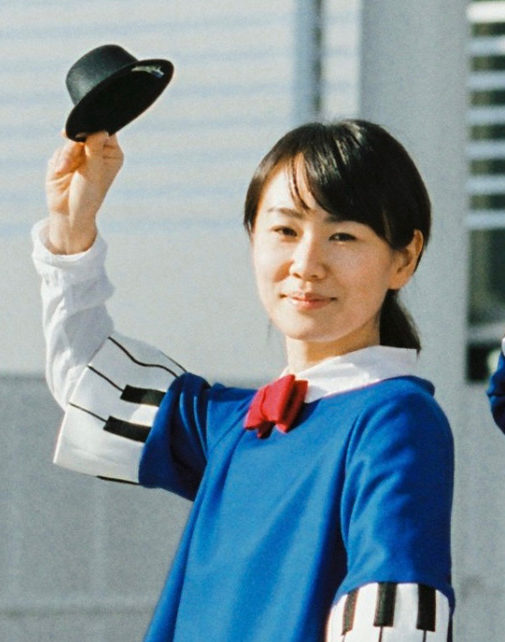 1. Impressions of your online distribution

When we started this online project, which we hadn’t put much effort into in the past, there were voices within our theatre, such as “can the audience enjoy the show only with the recorded film?” and “We don’t want people to think that the recordings alone are enough when we actually want them to come to the theatre to see it”. We were afraid that children, who are used to watching cartoons, would be bored by our puppet show on video, because of lack of stimulation.
But once we started, we were surprised and encouraged by responses that exceeded our expectations. We couldn’t help but feel the power of theatre and puppetry, or something like that. Many parents told us that their children didn’t just watch it once, but they wanted to watch it over and over again. Many people shared on Twitter and Facebook, photos showing children’s enthusiasm for the show, children’s pictures depicting the puppets in the show, or of the small puppet theatre they had started to create themselves after watching the show, which gave the troupe members great encouragement. For the members of the theatre, the reaction of the audience to the show is the most joyful thing they can have, and it is the sustenance of their lives and the sustenance of their artistic activities. Therefore the closure of the theatre due to the corona disaster was a situation that almost eroded their will to live. Firstly it was meant to be an activity to coincide with Children’s Day and to help children at home, but it was also a great success in encouraging the members of the theatre and revitalizing the company. 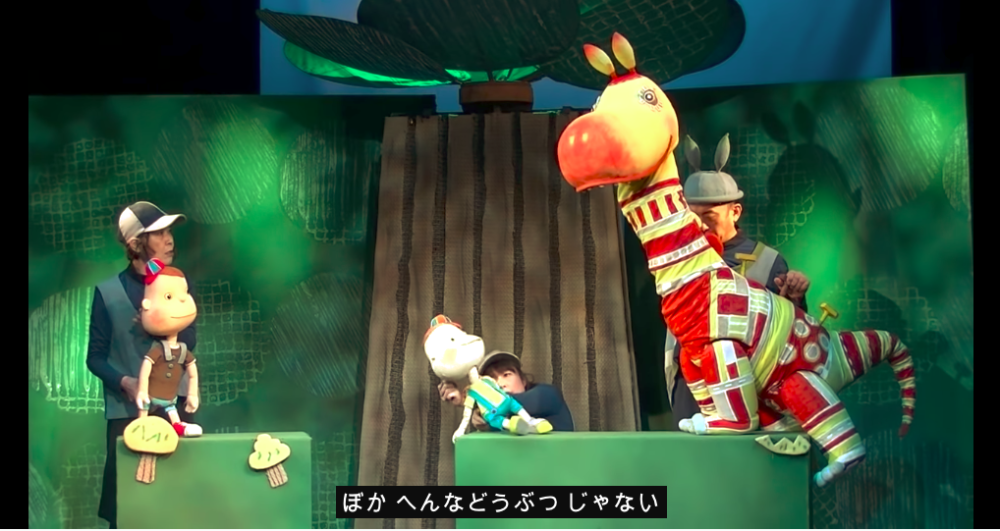 A scene from “Henasouru in the forest”

It may also have led to the expansion of PUK’s future audience. “Henasoul of the Forest” had more than 13,000 views in six days and reached people who had never seen a PUK puppet show before. The pandemic has plunged the world’s puppet theatre industry into a predicament with the cancellation of performances, theatre closures and cancellations of festivals. This online activity may be an opportunity to use this crisis as an opportunity to revitalize the creative activities of puppetry and expand the audience. We hope that PUK, who has been a leader in the world of Japanese puppetry, will continue to contribute to this trend in the future.

2. Time, number of people, and the environment required to prepare for online distribution.

The preparation time for this online project was approximately two weeks. Two staff members (one a theatre member and the other an outside technician) worked on the editing of past recordings. In the newly shot recordings, the three actors manipulated the puppets. A total of nine staff members, including one graphic designer and three website maintenance staff, were mainly involved in this online distribution. A number of other theatre members assisted with technical and ideational aspects of the project. 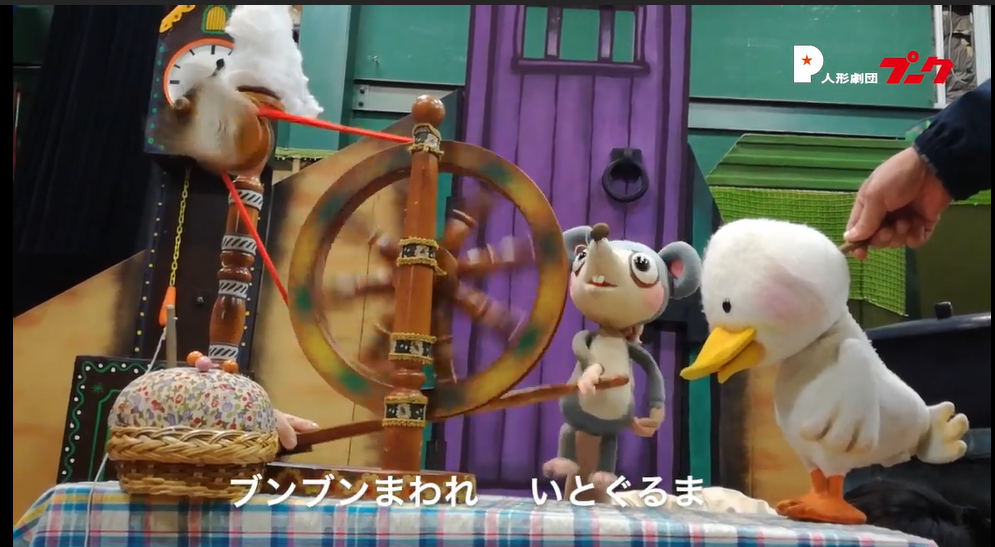 A newly filmed scene from a music clip

3. What did you struggle with and devise in preparing for online distribution?

There are many puppet theatre groups that have already released performance videos on youtube, and PUK has also released short announcement videos in the past, but this did not seem to have reached the audience that well. In order to reach a wider audience, we created a sophisticated and eye-catching logo to give the impression of a “new project” and differentiate it from the rest. We appointed a young graphic designer with a light-hearted design style.

Also, in the video of the performance that was distributed this time, the fact that “children’s laughter is already included” seems to have worked very effectively (although it was actually unintended). Many people who watched the film said that they heard the laughter of the child audience in the video and that their own children were laughing along with them. The reason why the children who watched the film responded so well was that it was a video that included audience reactions (laughter, applause, etc.) rather than a no-spectator show. I think it was very effective because it was not a complete video work, but a video that conveyed the atmosphere of the stage space and encouraged the audience to react to the video together.