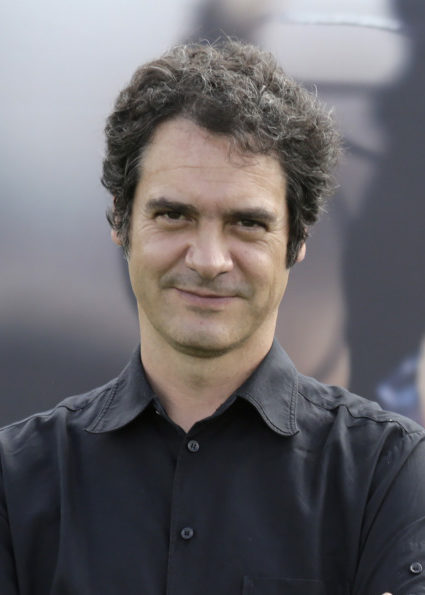 Promoted by the Begihandi collective, GETXOPHOTO is a festival dedicated to image that takes place in Getxo (at the coast of the Basque Country, close to Bilbao) during September. GETXOPHOTO brings different proposals from photographers and visual storytellers from all over the world to the city, setting a contemporary conversation about the theme proposed each year. The Festival is conceived as a transmedia platform from which to affect and activate critical thinking. Its main objectives remain the same since its inception: propose a dialogue on issues of general interest that affect us as citizens, recover urban spaces for cultural uses, or deepen the exploration of unconventional formats, supports and exhibition spaces with rigorous international programming. 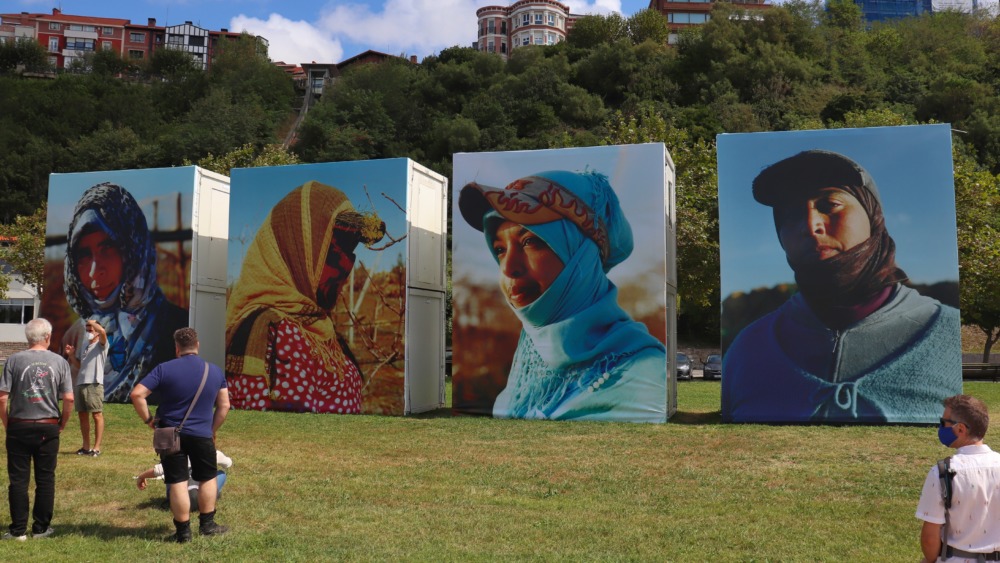 Most of the exhibitions are designed as open-air installations, highlighting the dialogue between image and environment and, at the same time, the festival dives into the digital space with a specific program for the Internet: Instagram filters, podcasts, playlists or performances. GETXOPHOTO selects visual representations in different media such as photography, video, archive, installation, VR and digital art, showing the work of artists from different backgrounds who have created multidisciplinary narratives. With the direct involvement of local population (shop owners, bars and cafés, amateur photographers) and at the same time with international submissions from artists from more than 40 countries, GETXOPHOTO is expanding more and more every year, and sets a large program that includes activities designed for different audiences: conferences, speeches, screenings, laboratories, night walks and different tours both through the city center and the beach.

In its 14 years of existence, more than 200 renowned international authors have participated, many of them acclaimed by critic. The Festival, mostly free, is configured as a meeting point and a local and international platform and it has created a network of institutions, artists and visitors who exchange experiences and knowledge. 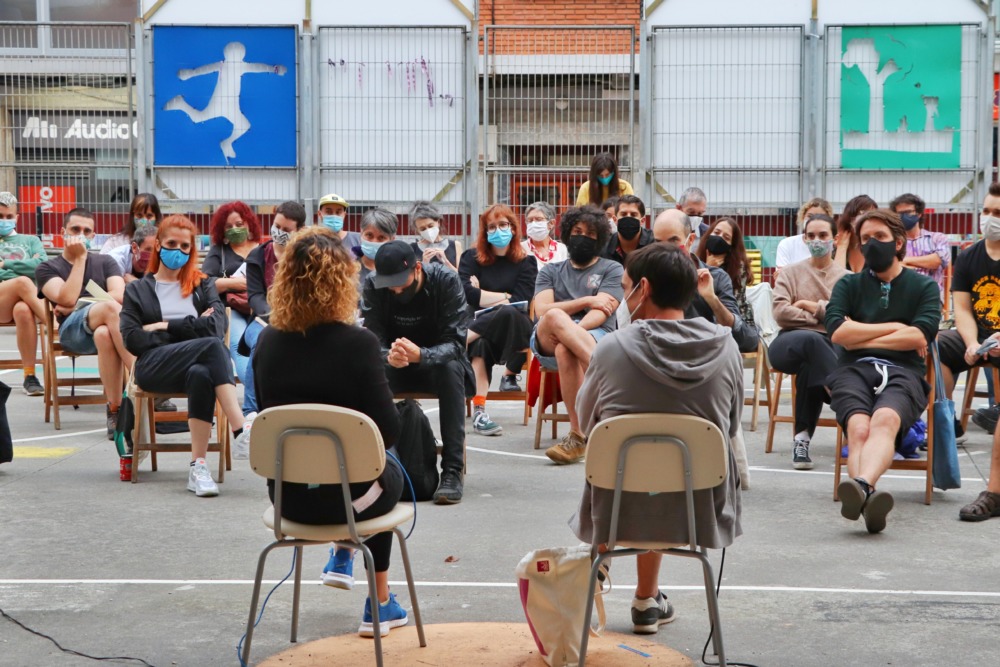 On this edition, Jon Uriarte, digital curator at The Photographers’ Gallery (London), has started his artistic direction on the Festival and has fixed this year’s theme: To The Streets! In this way, GETXOPHOTO has approached the exploration of public space as an updated setting for conversation, protest, as a space for meeting and mutual recognition and as a field of experimentation, play and celebration.

As usual, the program is structured in two main areas: exhibitions and activities, to which this year, as a novelty, an online program is added. Regarding the exhibitions, GETXOPHOTO focuses more than ever on the use of public space and has programmed almost all of them on the street, outdoors.

The Festival is configured as a platform that houses exhibitions, an international open call that opens the doors to artists from all over the world, the laboratories that are part of the education program, the digital program, collaborations with cultural agents and institutions that allow strengthen the cultural ecosystem, meetings as a shared space for reflection on images and the profession or various activities as part of the participatory program.

GETXOPHOTO also aspires to be a more hybrid festival, in which in addition to hosting photography, video, installation, cinema, virtual reality or digital art also have a place. And it also wants to be a more sustainable festival. An internal reflection has led us to develop a sustainability plan that will guide us to reduce the environmental impact that may be generated.

This has undoubtedly been the most unusual edition to date. However, we are very happy with the reception and support that the Festival has received throughout these weeks, in all its exhibitions and activities. With the conviction that culture is essential in these moments of uncertainty, we get to work for the next edition, which will be held from September 2 to 26, 2021. 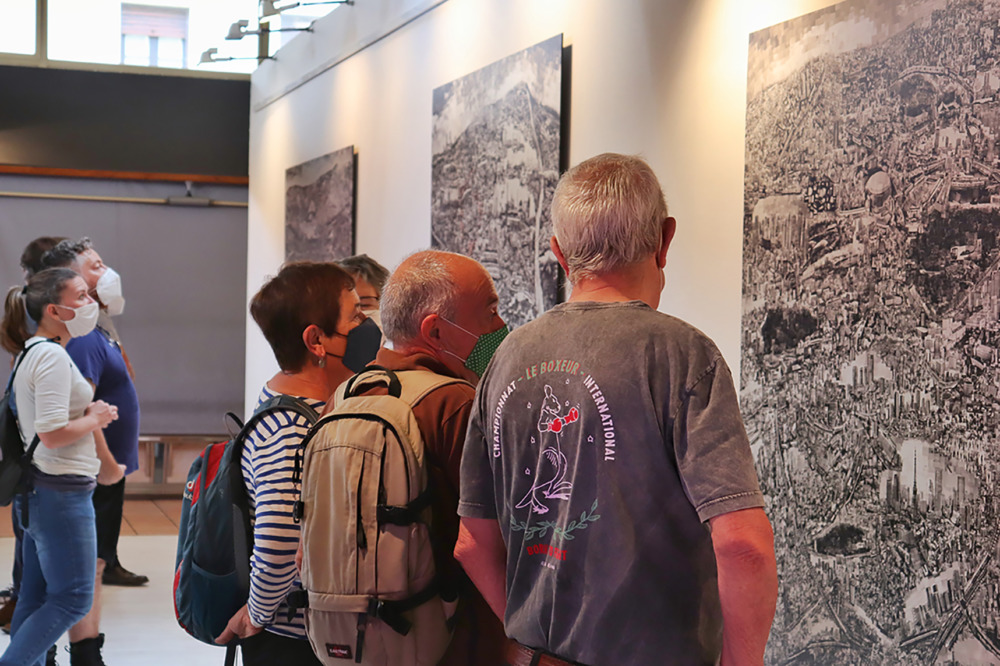 On behalf of the exhibition ‘Diorama Map’, by Sohei Nishino, it has received a great feedback from the public of the Festival. As a brief context, Sohei Nishino is a Japanese artist born in 1982 whose work has been featured in numerous exhibitions at galleries and museums including the SFMOMA, San Francisco Museum of Modern Art and the Gallery of Photography, and has been exhibited in collective and solo exhibitions in Daegu Photo Biennale in Korea, Hong Kong International Art Fair, Seoul Photo, the Metropolitan Museum of Photography in Tokio, San Francisco Museum of Modern Art, among others. On the ‘Diorama Map’ series, Sohei Nishino walks, camera in hand, through the streets of cities around the world photographing fragmented landscapes, sometimes from high points and others at ground level. Then he prints them and combines them by hand, one by one, creating an immense map built from his memory and the places he has documented. The resulting collage pursues a very different objective than the descriptive purpose of a map: to offer an expressive representation of the city based on the artist’s experience when he walks through its streets and what his camera captures. Repetition and confrontation are a fundamental part of Nishino’s work process. Social and economic development causes cities to expand and grow without restraint, creating forms and structures which the author responds to by emphasizing and altering their constant repetitions. It is then, during assembly, that experience and memory complete and unify the meaning of his fragmented images in a single element that represents the artist’s vision of the city.

One of the Festival’s main identity signs is its strong defense of the public space as a meeting, enjoyment and reflection place. Due to this fact, Sohei Nishino’s collages have been shown in the market of Algorta, in a specially designed display as an indoor exhibition. The strategic location of the installation, along with its particular characteristics, and its proximity to the urban center of Getxo have made this work the most acclaimed of the Festival. We estimate that around 10,000 people have visited the market and the restaurant Tellagorri to enjoy one of the most special exhibitions of the event. 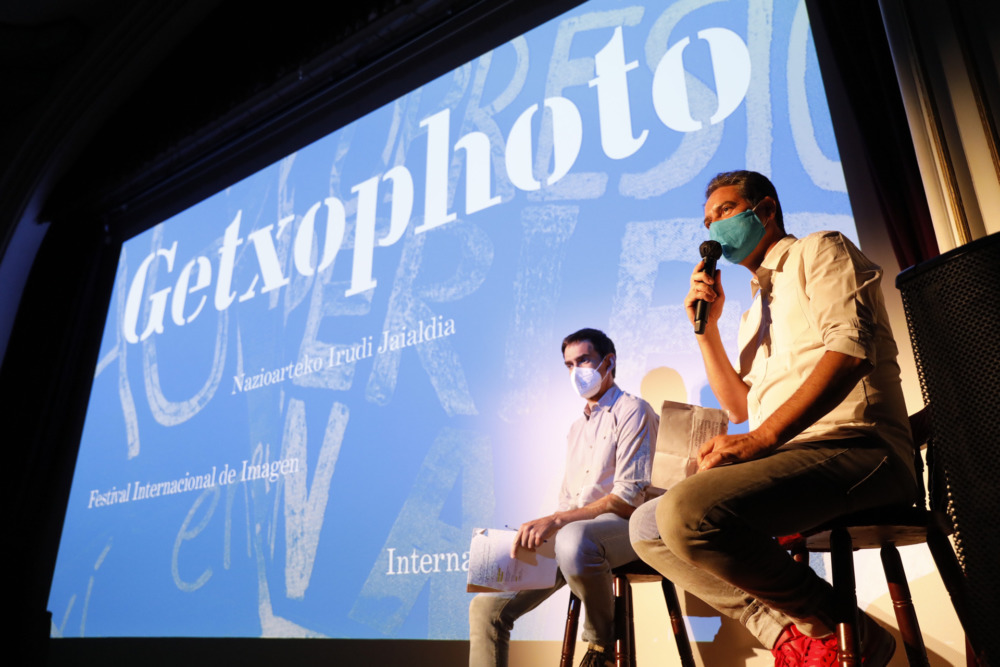 Regarding the audience reactions, most of the people who have visited this exhibition have reacted with surprise and admiration, as they have been able to observe closely this meticulous and extraordinary work. Furthermore, the possibility of walking and moving in front of the images has allowed everyone to discover these photographs in a more dynamic way. As these huge maps are made up of thousands of fragments, the collages were observed differently depending on the distance that the visitors took with respect to the images. Thus, they were seen in a very different way from far or near. In general, all the comments received on this project have been praise, both from the public and the press.