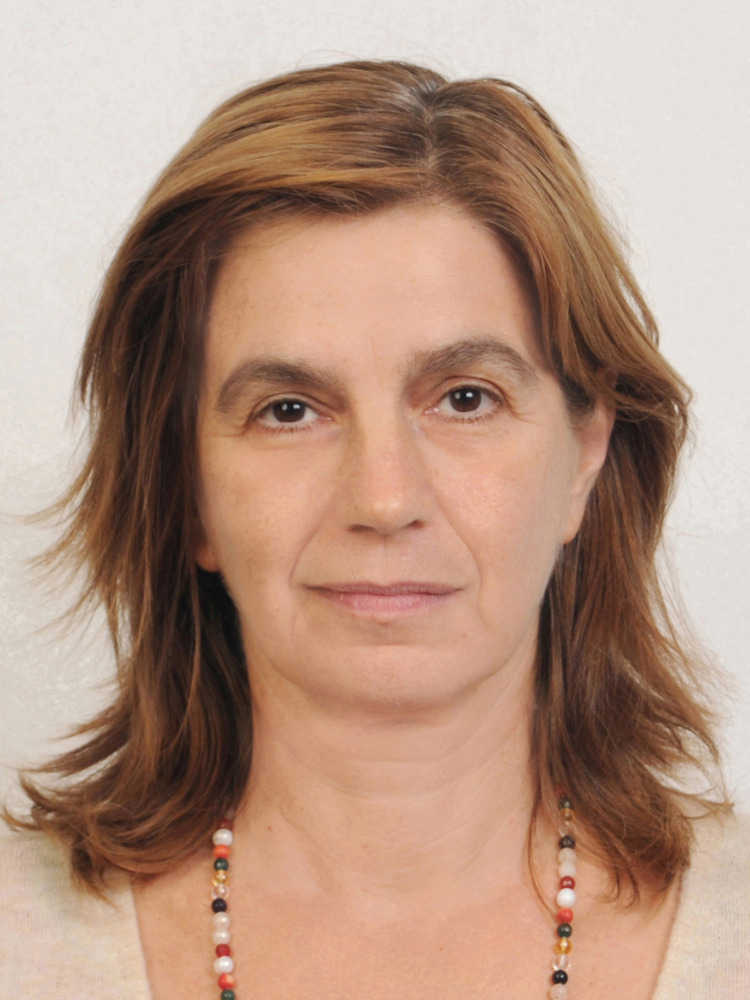 I was dreaming of seeing a Bunraku performance since I was a student at the theater academy. Almost 20 years later the possibility for initiating the project “The spirit of the Japanese puppet” as part of ECoC Plovdiv 2019 appeared and I found the best partner the State Puppet Theater in Plovdiv, who in the face of its general manager Mr. Victor Boythcev was very determinant and enthusiastic to do it. It was a long journey of two years for preparation! I travelled twice to Japan, once together with Mr. Boythcev to establish contacts with PUK Theater and the National Bunraku Theater. I was blessed for two days to see all the Bunraku performances in Osaka and my love for it grew even stronger. With Mr. Boytchev we both were so mesmerized and astonished to the beauty and mastery in the performance quality of each element, and felt the touch of something ancient and eternal transmitting through the centuries. I traveled second time to Japan with my college stage designer Mrs. Youlina Najman and we visited the National Bunraku Theater in Osaka again, we were let to see all the process of puppet dressing, hair making, stage decor, long dragons technology of making. We visited Iida puppet festival and many temples in Kyoto trying to understand the culture and to imagine our future performance. I felt hungry for the traditional Japanese performing arts and watch several performances of “Noh” theater and Kabuki. I was blessed to meet master Arata Kawaguchi in Tokyo, who agreed to make a new original Bunraku puppet for our future performance. 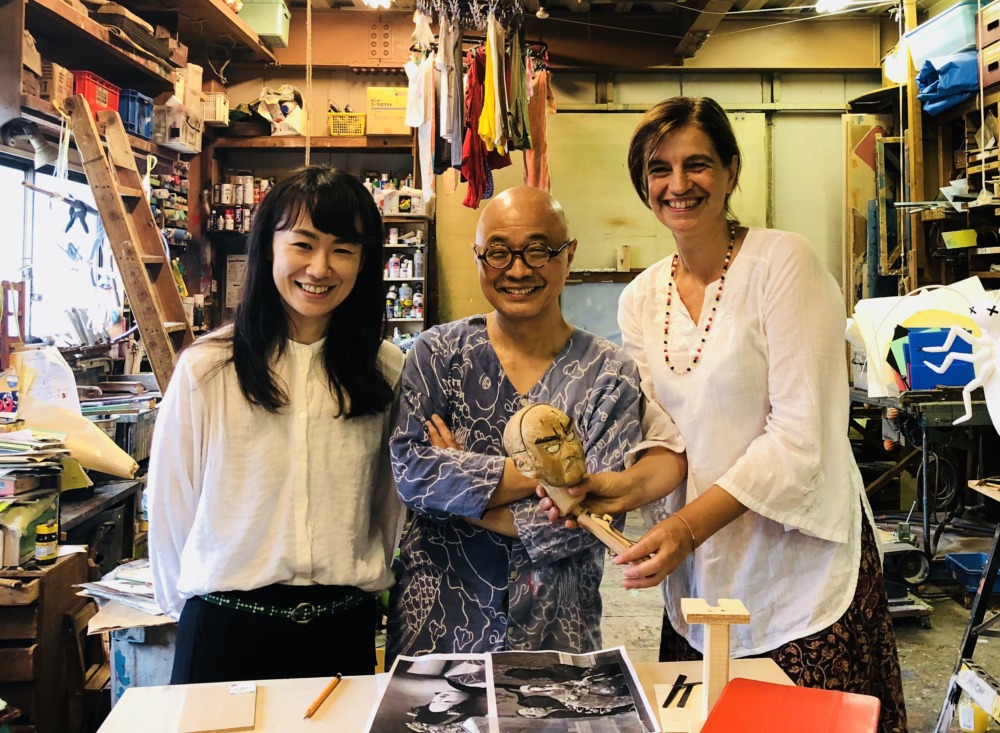 It took half a year to agree on the look of it and when the puppet was born, my heart stopped of excitement of her beauty. I was blessed to visit Sado island to see “bunya-ningyo” performance and to meet the master Ken Nishihashi. He agreed to train one Bulgarian actress at his theatre and we made the puppet of the prince in the style of “Bunya-ningyo for her. The three Bulgarian actresses who manipulate the Bunraku puppet of the princess had to discover their way for two months. Mr. Boytchev, who is also an actor was so impressed with the role of the narrator in Bunraku that he performs it in our performance. After two months of rehearsals the performance “The prince of the sea and prince of the earth” was born in April 21, 2019. The audience was mesmerized by the spirit of the Bunraku princess, who came to us from Japan and from the delicate beauty of Japanese- Bulgarian aesthetic in our performance. This performance was the end of the first part of our project – the creation of the puppet-theater performance inspired by the traditional Japanese Bunraku theater, after the famous story of the two brothers whose love with the Dragon princess of the Ocean gave birth to the first Japanese emperor. 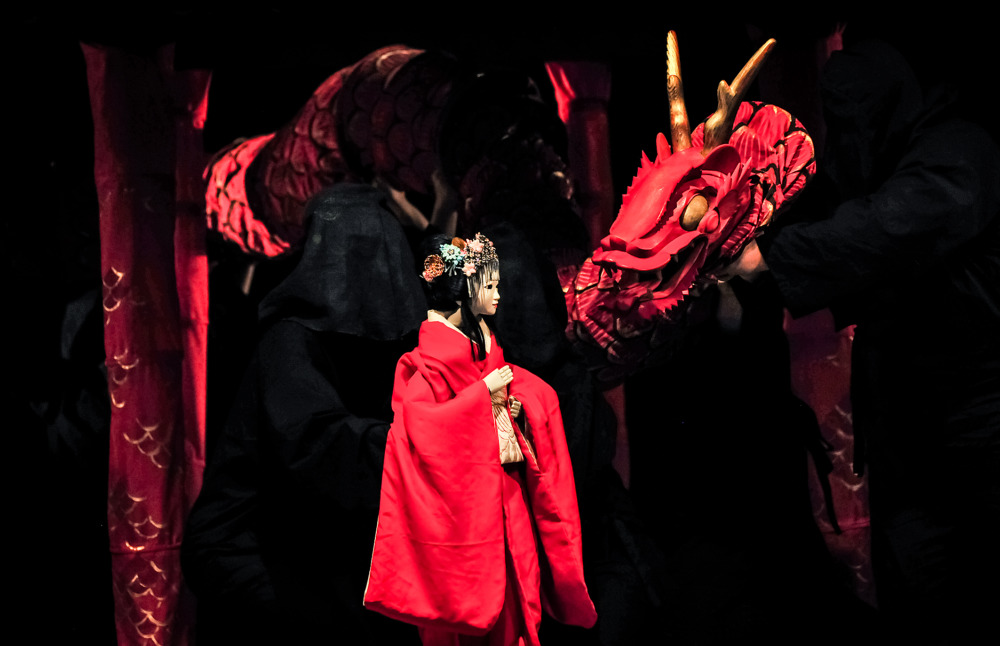 In September 2019, we organized a “Week of the Japanese puppet theater: The spirit of Japanese puppet” where a total of 13 puppeteers from Japan visited Bulgaria and performed in Plovdiv and Sofia. Theater PUK from Tokyo presented “Topography of Japanese puppet “ that included specially prepared demonstration of different types of puppets. The audience had the unique chance to see “Kuruma ningyo” and the “loin dance” that have never been shown before. The PUK artists made “kuruma ningyo” puppets of Bulgarian women dancing on Bulgarian folk music, that excited the audience tremendously. The entire festival “Week of the Japanese puppet” was part of the “30thies jubilee days of Japanese culture in Bulgaria” organized by the Japanese Embassy in Bulgaria. We presented “The prince of the sea and the prince of earth” in Sofia, where the audience was impressed by the special quality of the performance and its respect to the Japanese traditional culture. The presentation of the four puppeteers of the Bunraku National theater from Osaka was the last one. I was so excited that after two years of negotiation, we have them in Bulgaria for second time in the history of our cultural exchange. The presentation in Sofia was opened by the speech of his excellence Masato Vatanabe, Ambassador of Japan Embassy in Bulgaria. The national TV interviewed the leading puppeteer Mr. Yoshida Tamasuke. The theater was full with people both regular audience and theater colleagues. The audience was extremely enthusiastic and the director of the Sofia Puppet Theater, where Bunraku artists performed was proud that something so historical for the Bulgarian puppet theater is happening in his venue. 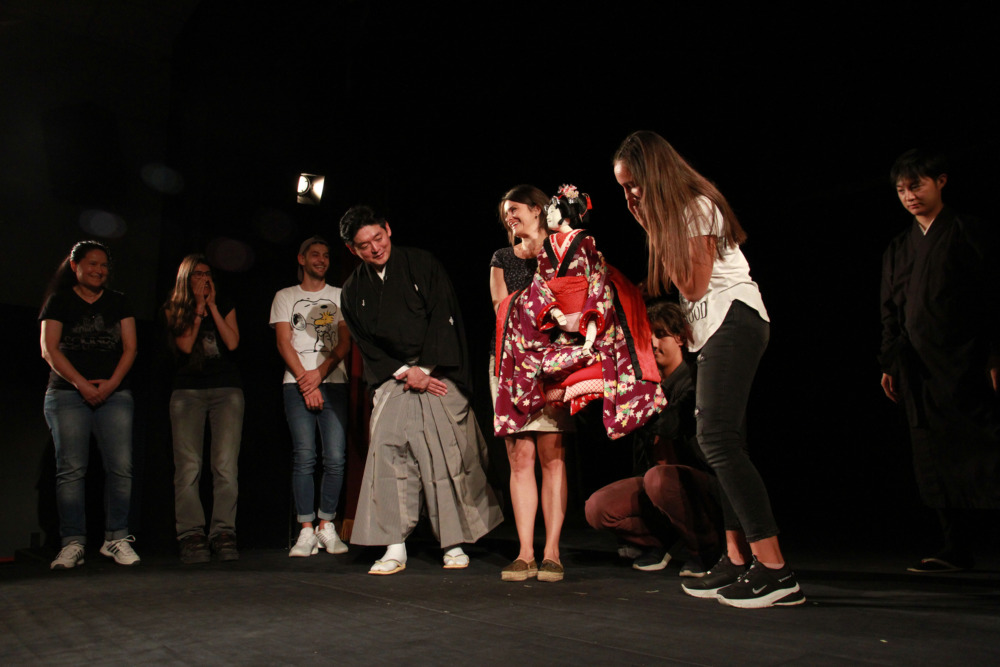 In Plovdiv the puppeteers from our performance who lead Bunraku puppet had one hour exchange with Bunraku artists, that was so precious in understanding the other’s performative culture.

During the performance of Bunraku artists in Plovdiv the audience was bursting into applause every 10 minutes. The next day I had calls from Plovdiv people, who were impressed of witnessing the oldest puppet theater for adults on the planet and wanted to create clubs for popularizing the Japanese traditional puppet art. The same time in Plovdiv performed Yamamoto “Noh” theater from Osaka, who are close friends with Mr. Yoshida Tamasuke and on the last free day we all had a big diner together. That night – observing the Japanese and Bulgarian artists gather happily together, fulfilled with accomplishment of their performances and inspired by meeting the colleagues from different culture, I thought that may be that was the desire of Melina Mercouri, when she initiated the annual European Capital of Culture. Because the culture is the one who can cross borders, makes the unknown understandable, and the artists are the precious ones, who have ability to transcend the spiritual meaning of this world through art. Now we are looking forwards for the collaboration with our colleagues from the City Puppet Theater in Rijeka, who will be ECoC in 2020.

I would like to thank you for that unique opportunity to gather Japanese and Bulgarian artists together and spread the Japanese Puppet theater in Bulgaria. 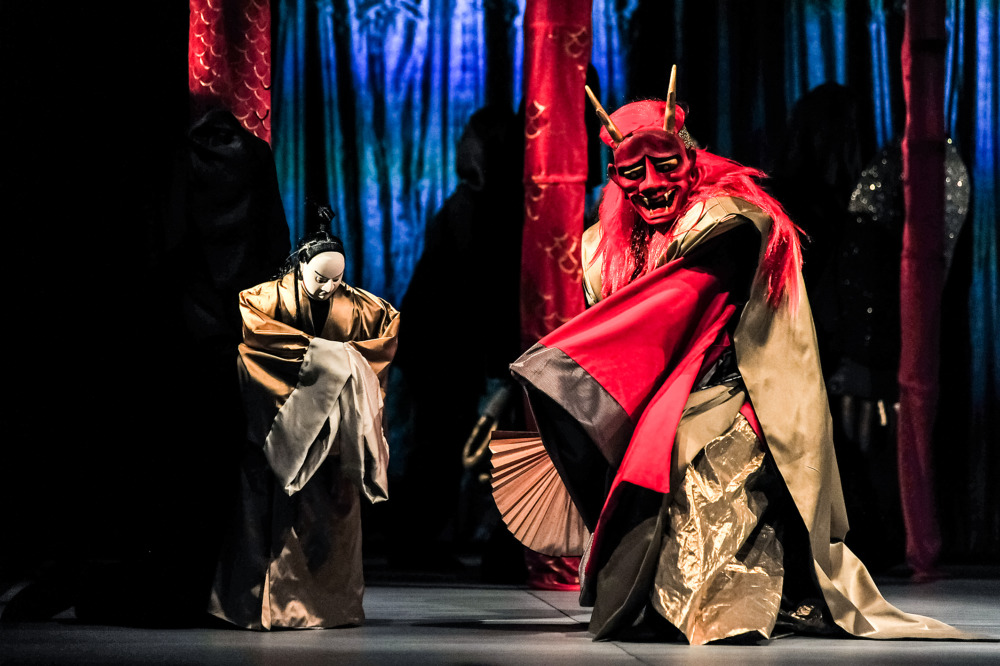