HOME > Column > A chance to sabotage 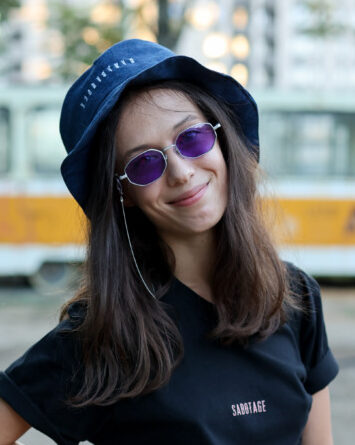 SABOTAGE 2021 meant a great deal of music, technology and knowledge. The 9th edition of the festival took place between 24th and 26th September, in the courtyard of the new experiment and technology centre in Timișoara – MultipleXity. It meant bringing together youth from all around the country to celebrate diversity and experiment with new sounds.

As part of the Energy Incubators, Sabotage Festival connected people through electronic music and multimedia art in the landscapes of an overlooked industrial building. The focus was to reclaim heritage through the sound of music. 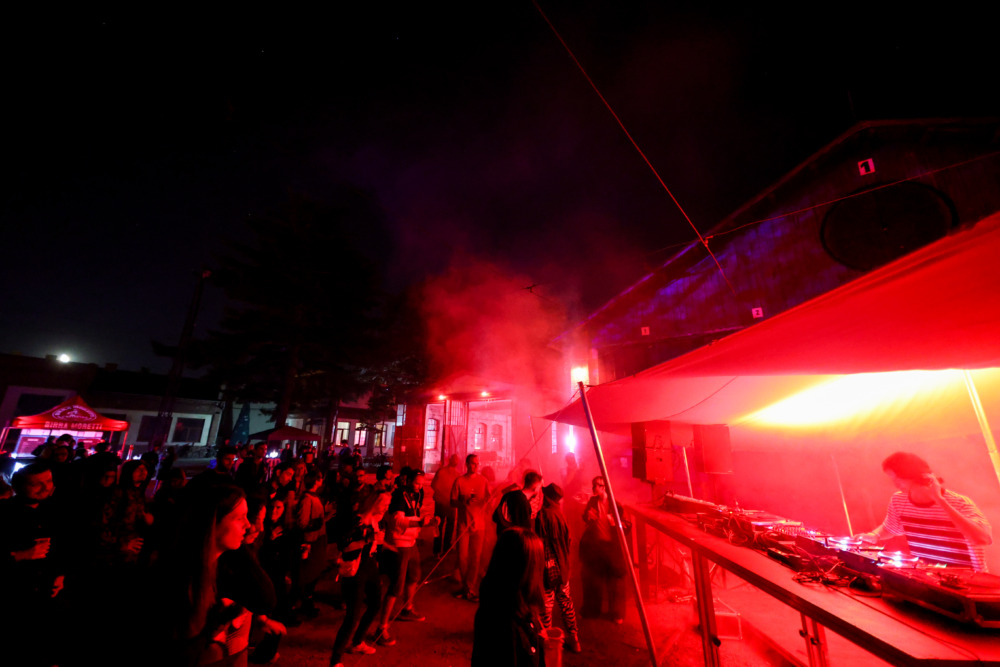 As part of the EU-Japan Fest, the 2021 line-up presented a fusion between Japanese and Romanian culture. The idea brought forward Japanese artists that aren’t very common in the music scene in Romania.

Musical improvisation often plays a key role in this type of performance. As Kyoka explained to us, her selection of sound is influenced by how the audience perceives a certain frequency and this is how she builds her spontaneous live performance. This was the case with Mimicof, who also performed live. Both live sets reveal how context and expectations are very important for live electronic music. 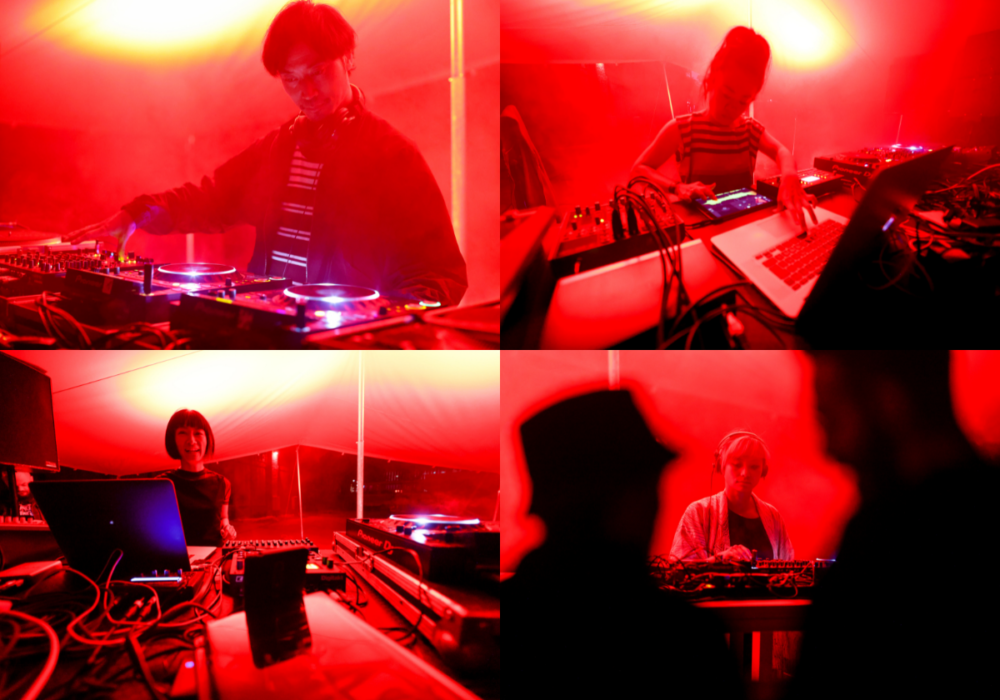 This blending of physical and mechanical elements in live music performance exposes the modular nature of live electronic performance and its instruments. It teaches us that the instruments themselves shouldn’t be looked at as distinction qualifiers but rather their combination in the live rig, and the variability that it offers.

The main criteria of selecting Japanese artists was based firstly on their approach —  techno, electro and experimental; and secondly on their knowledge and experience. Some of these artists have brought meaningful contributions to the global electronic music industry.

Like Kyoka, who started experimenting with tape recorders when she was only 7 years old. During her student years in Tokyo, she acquired a drum machine, sequencer and MIDI controller and started to record tracks for Onpa label and later for her own imprints Ufunfunfufu (2008), 2 Ufunfunfufu (2009), EP iSH (2012) and album Is Superepowered (2014). She was the first solo female artist in the Raster-Noton roster.

Mimicof is an outstanding composer due to her experimental and eclectic mixture of modern sounds with electronic processing and field recordings. She released two albums on Progressive Form and an EP of her own.

So (Satoshi Aoyagi) is better known for his involvement in the famous techno festival — The Labyrinth, in Tokyo. Organiser and DJ, he presents a well-curated mix of groove-heavy tracks, as well as smooth mixing techniques, making him one of Japan’s most respected and reliable DJs.

Hiroko Hacci’s wide variety of sounds make her a polymorphic artist, able to transform and evolve fluidly according to the audience. She takes part in many projects such as — electro/pop band Omnine with Gak Sato, a singer collaborator in Tamburi Neri and Dumbo Gets Mad; a resident DJ for Radio Raheem in Milan. 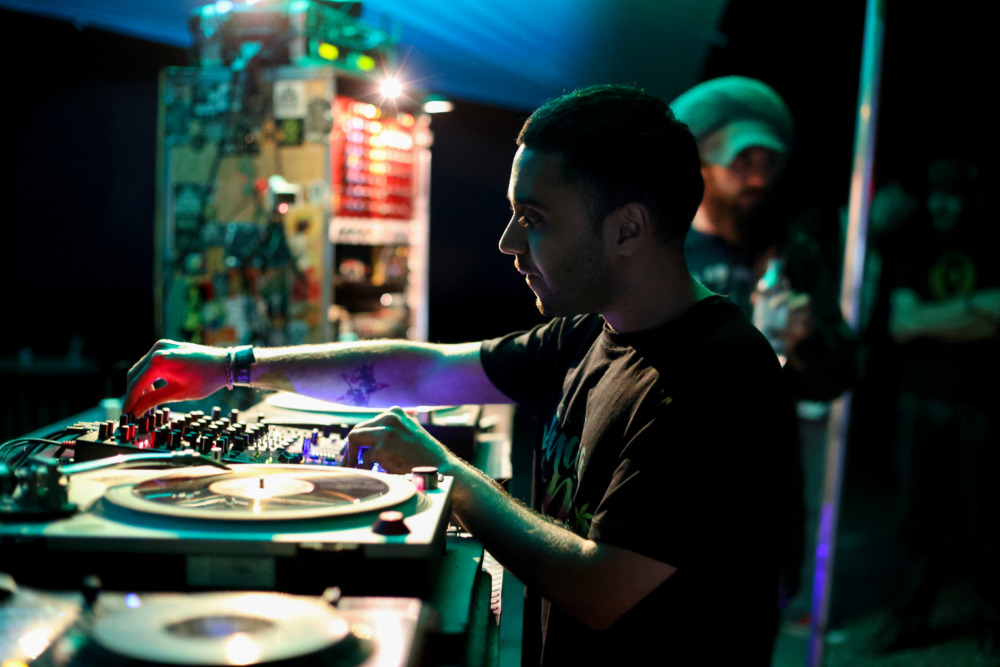 Knowledge Arena programme focused on screenings, talks and workshops. The festival screened Sisters with Transistors — a documentary about women pioneers in the electronic music industry and the sexism that abducted their fame.

The second film was Swamp City, followed by a series of discussions with the film makers. [It shows] (a) study of the underground music scene in the first decade after the fall of the communist regime, which assembles the stories of people in the community.

Knowledge Arena shared two music workshops that referred to music production. We discussed what it takes to start producing, the production process and techniques behind it. The second workshop referred to mixing, different styles of mixing depending on the musical genre and professional DJ equipment.

Due to the rapid rise of Covid-19 cases in our city, the government announced a lockdown just two days before the festival. There were moments of uncertainty and SABOTAGE was hanging on a thin thread. That day we announced to all our artists that this edition might be postponed. But luckily for us, the government withdrew the law the next day, giving us 24 hours to finish preparations.

Since 2020, in Timișoara, there hasn’t been a representative programme for electronic music. Therefore, turning SABOTAGE into the last remaining pylon for electronic music culture. Audiences from all around the country joined in just to discover artists, technologies and music, in such a liberating way. The SABOTAGE festival was much needed by the community and brought a bit of novelty to the quiet music scene. 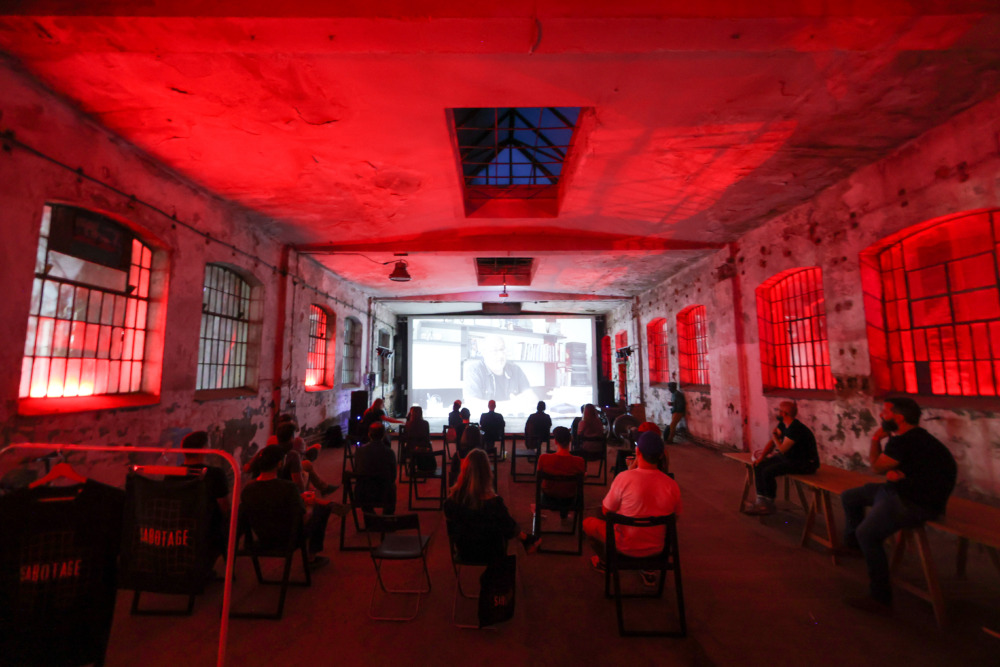 Sabotage was a meeting point for all electronic music passionates and digital art seekers. With a higher technical specification of sound systems and presented the perfect place to come and enjoy some of the world’s greatest electronic music performances. The audience was young and open to discover new musical genres. The festival was visited by around 300 participants per day, from Romania, Hungary and Serbia.

Our overall impression was that SABOTAGE created a platform for innovative technologies to prosper and built connections between artists from different backgrounds of music.