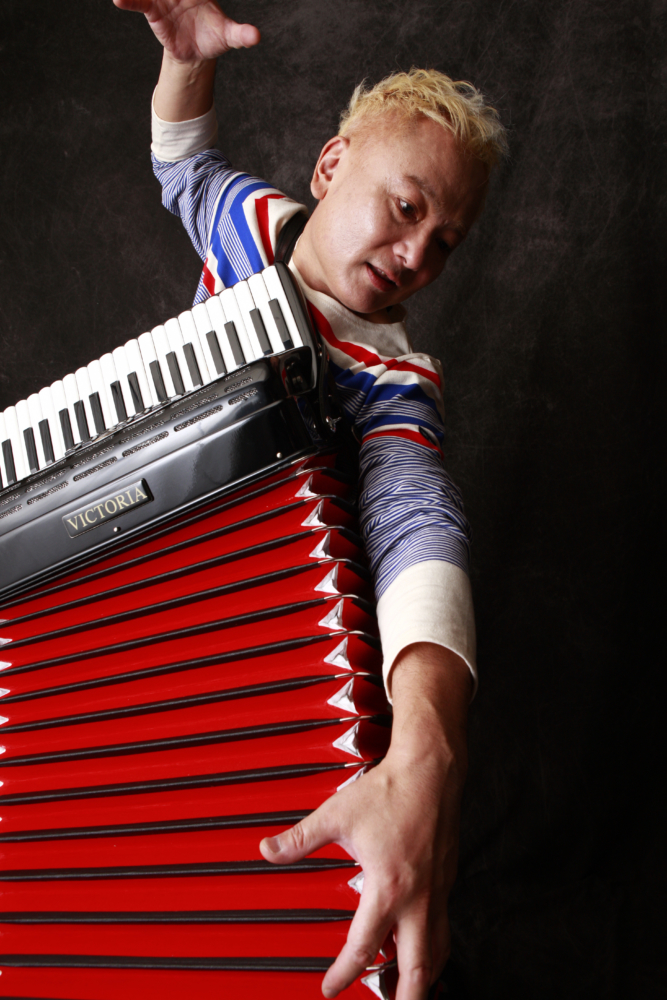 In October 2019, I had the honour to participate in the 8th Edition of the International Fadiesis Accordion Music Festival organised by the Fadiesis Musical Association, which took place in Matera, the European Capital of Culture 2019.

The Fadiesis Musical Association was established in Pordenone (Italy) in 2008 and its objective has always been promoting education, art and culture. It has been cooperating with the city of Matera since 2011, thanks to business and private relations.

For the 2019 Festival Edition, the artistic direction relied upon a unique combination of highly prestigious musicians and innovative contents. Numerous Japanese artists were involved, with whom Fadiesis had already started long-lasting and effective cooperation.

My band and I have been invited to the Fadiesis Accordion Festival in Matera for the second time already. This time I participated as one of the main figures, together with the support of EU-Japan Fest.

This year’s topic was “Matera Meets Japan”: it undoubtedly was a special opportunity to enhance the institutional and cultural relations between Italy and Japan. Several Japanese artists indeed performed on the main stages of the Festival in Matera. 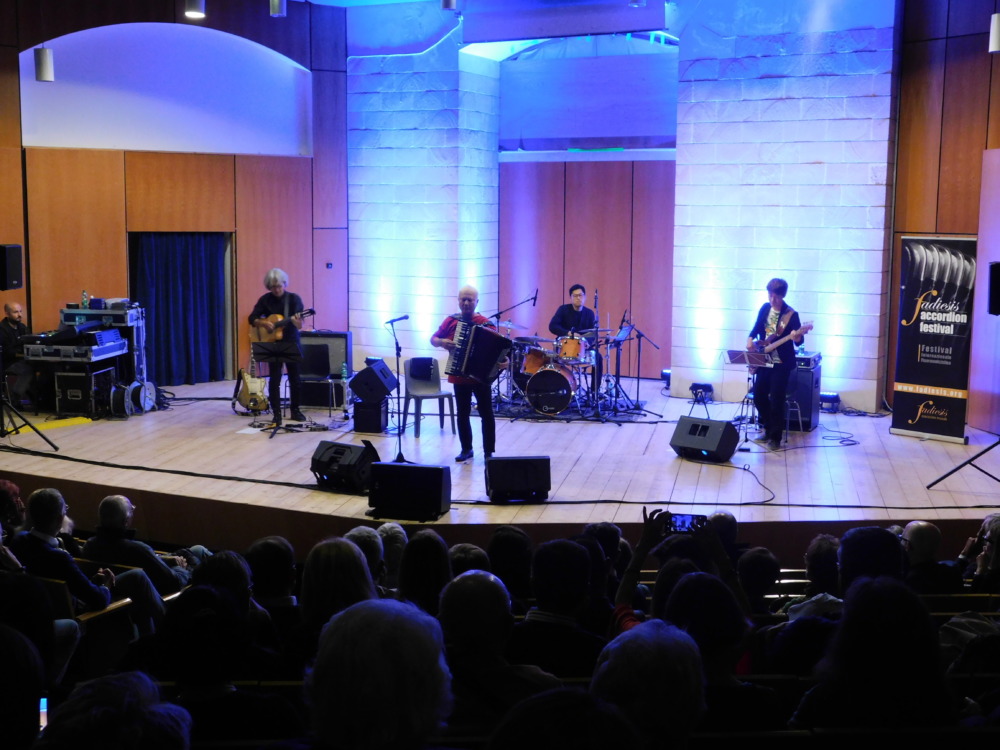 In addition to my concert, many other events starring Japanese artists were organised, i.e. the Accordion Ensamble from Kyushu, an orchestra composed of musicians accurately selected by the Art Director and Maestro of the Festival Gianni Fassetta, during a master class in Japan in the Spring of 2019; the Fukuoka Sinfonietta Strings Ensemble, who created a bridge between Italy and Japan thanks to the co-performance with the Fadiesis strings and the Solisti Lucani strings. The concert took place on Thursday 10th October 2019 in the Sanctuary of San Francesco da Paola. It was the first event of the Festival carrying the title of Strings Ensemble. For the occasion, three extremely young Japanese accordion musicians, Aoi Uegata, Naomi Okabe and Yumiko Tanaka, performed as solo artists, in a trio and were finally accompanied by some strings of the Fukuoka, of the Matera and of the Pordenone Ensemble, all directed by Maestro Keisuke Ota, a violinist who has been collaborating with The Fadiesis Musical Association for years. It was an important multicultural event of great artistic value, as it saw arrangements and adaptations of pieces belonging to the Western and Eastern world.

A concert combining traditional Japanese folk songs, with their characteristic sound and harmonic pattern, gained particular success because of the great diversity with the traditional Western Classical music. The concert was sold out.

I introduced to the Festival organisers a group of 30 female voices from Nagoya, a choir born in 1994 in the Tokai Region (Nagoya), The Rainbow Chorus Aichi, directed by Maestro Hatsune Miki. The organisers were very pleased to invite the choir to the 2019 Edition of the Fadiesis Accordion Festival. They performed on Saturday 12th October at 11.30 am in the Chiesa del Purgatorio Nuovo Church. They sang folk songs belonging to the Japanese and Italian, Mediterranean repertoire to bring together the East and the West thanks to music. The choir was accompanied by Gianni Fassetta, at the accordion, and Atsuko Yamauchi, at the piano. Artist Keisuke Ito also performed, with Tsugaru Shamisen, in a spectacular virtuoso show on Japanese themes. The concert was again sold out, with a deeply involved and fully satisfied audience. It was a great opportunity for Italy, which saw the union of otherwise very distant places and cultures and the creation of an ideal bridge between Matera and Japan. 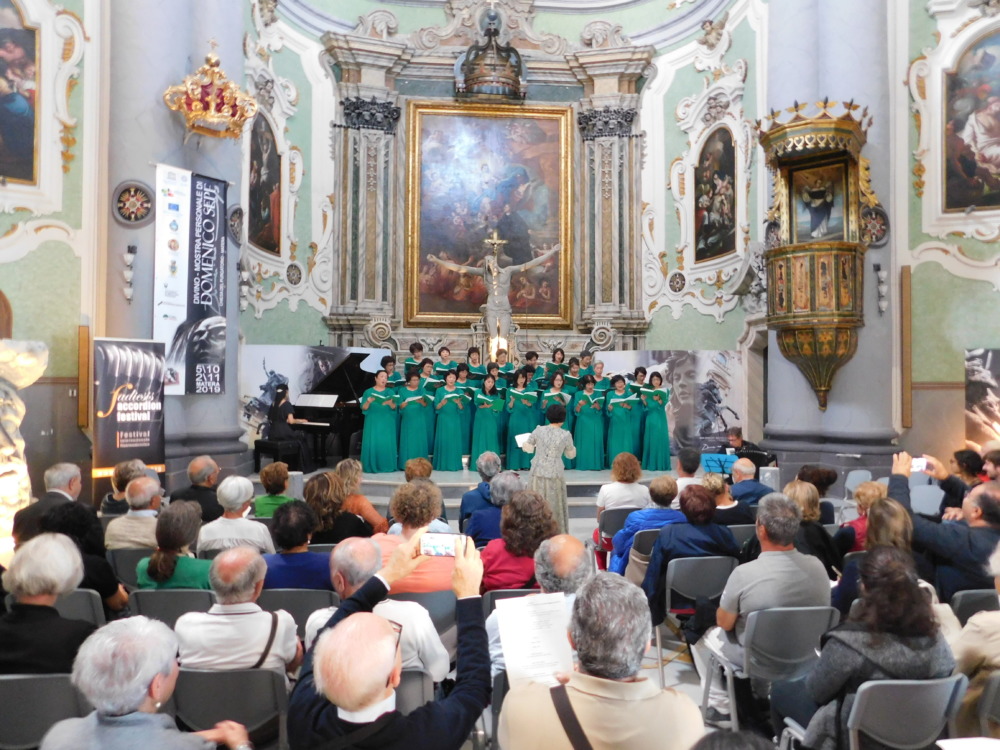 My concert, the Super Accordion Live @ Matera, took place in the Raffaele Gervasio Auditorium on the very last night day of the Festival, with Masahiro Itami at the guitar, Shingo Tanaka at the bass and Masanori Amakura at the drums. It was a great success – the audience was enthusiastic and started a standing ovation lasting 5 minutes. It was a very intense and moving moment for my band and I. My concert in Matera was later presented and praised during a TV interview for the local TV network TRM.

In the interview, I mentioned the excitement showed by the audience during the whole performance. The audience came from all parts of Italy: Naples, Rome, from the far-off Veneto and Friuli-Venezia Giulia, from Matera itself, Bari, Potenza… The project attracted a significant number of people, among whom there were young Japanese music and culture lovers as well.

The director of the Festival, Gianni Fassetta, and his collaborator in Matera, Gennaro Loperfido, gave an important contribution to Matera, European Capital of Culture, thanks to their 2019 Edition of the Accordion Festival “Matera Meets Japan”. I would, in conclusion, like to thank the EU-Japan Fest for the wonderful cultural exchange provided, crossing all borders of music.

I believe the future will bring many other precious opportunities of cooperation and cultural sharing. 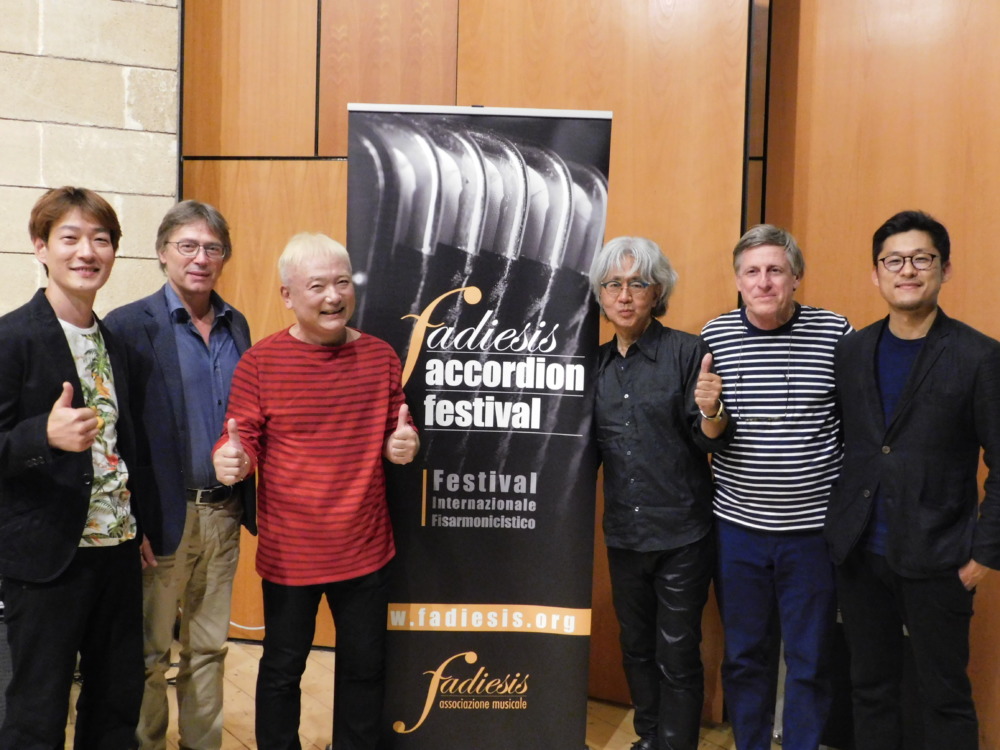