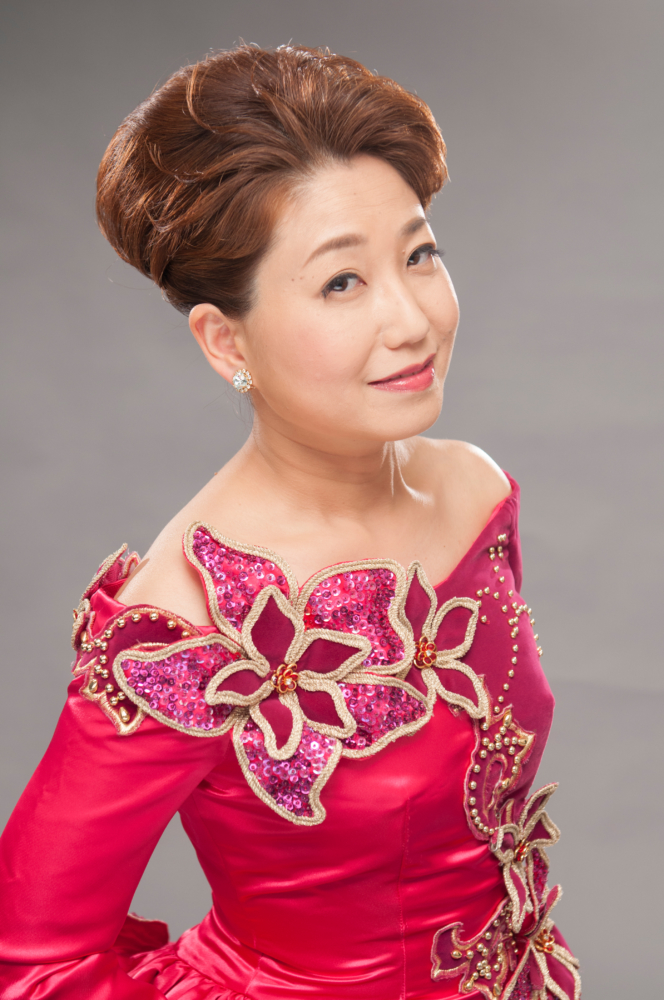 Last June we had the honor of taking part in the International Concert of Youth held as part of European Capital of Culture Valletta 2018 in the Republic of Malta, a beautiful island in the Mediterranean, which led to an eight-day visit to Ise by the SOPA choir from Malta, from July 25 to August 1. The children of each choir gained first-hand experience of another culture through music and ways of life, and in the 13th year since our foundation it was a major experience beyond compare. 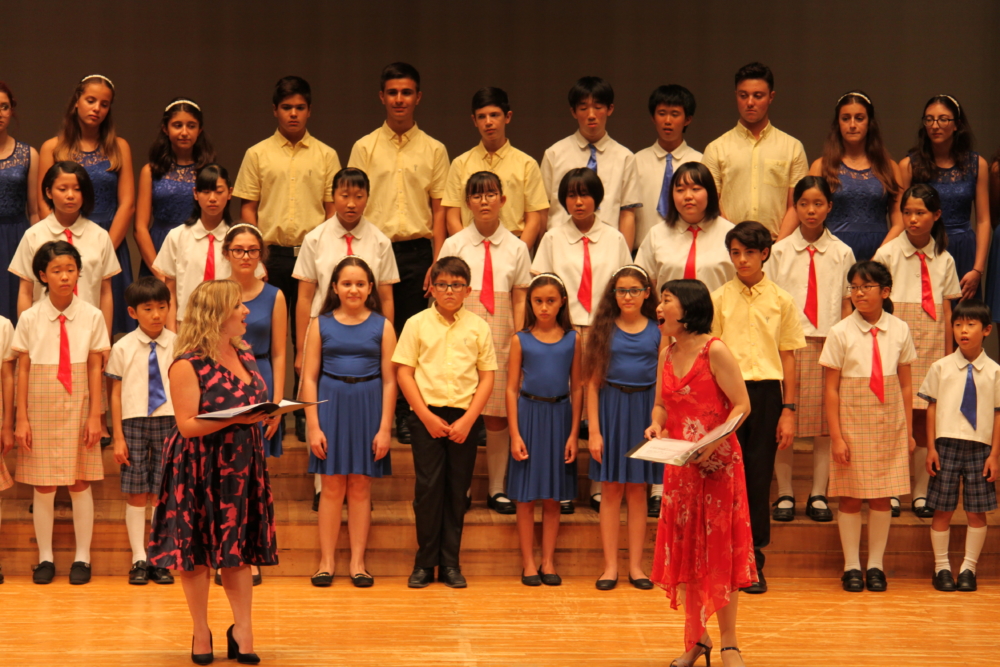 To hold this festival we partnered with the Ise City Cultural Council, which endorses international exchange activities among children as the future of society and which provided the concert venue, microbuses and the like and also assisted with cultural experiences in the form of folk dance, koto, samisen and the like. The Yokowacho Revitalization Committee and Ministry of the Environment also helped with a day at the river for the children from Malta who had no experience of river recreation. To accomplish this program, at each performance we collected donations in money boxes made from plastic bottles and the children’s parents made the rounds of companies and shops in town to raise funds. We also enjoyed the assistance  of the general public – with blueberry picking, for example – to make a fulfilling time of their eight days. Other plans, such as the visit to a sweets factory, Nagoya harp and flower arrangement, unfortunately did not fit into the schedule in spite of the kind  offers made. In a calligraphy class the children wrote a word they liked in kanji or their family name or pet’s name in katakana. After the teacher touched up their work, they applied a seal to a clean copy on colored paper, which thus became a handmade souvenir. The children could not let go questioning how origami, in which scissors are not used, requires one to apply “fold lines”,  but their pains paid off in the end when the singing mouth appeared and they could operate and play with it. They showed some consternation in their first encounter with unfamiliar instruments, but were able to use the plectrum and picks on the koto and samisen to produce “sakura, sakura”. Zazen proved a valuable experience focusing on one’s interior even as pain visited the legs, and in tea ceremony the following day I think they managed to get past self-improvement and experience the will to provide their partners with the best possible hospitality. On receiving presents of yukata robes, the children bounced with joy and wore them to take part in the folk dance gathering, dancing everything from Ise folk dances to “Beautiful Sunday” and “Dancing Hero”. Recreation at the river relieved some of the strain from the music festival. Once the water restored their spirits, it was hard to get the children out of the river. 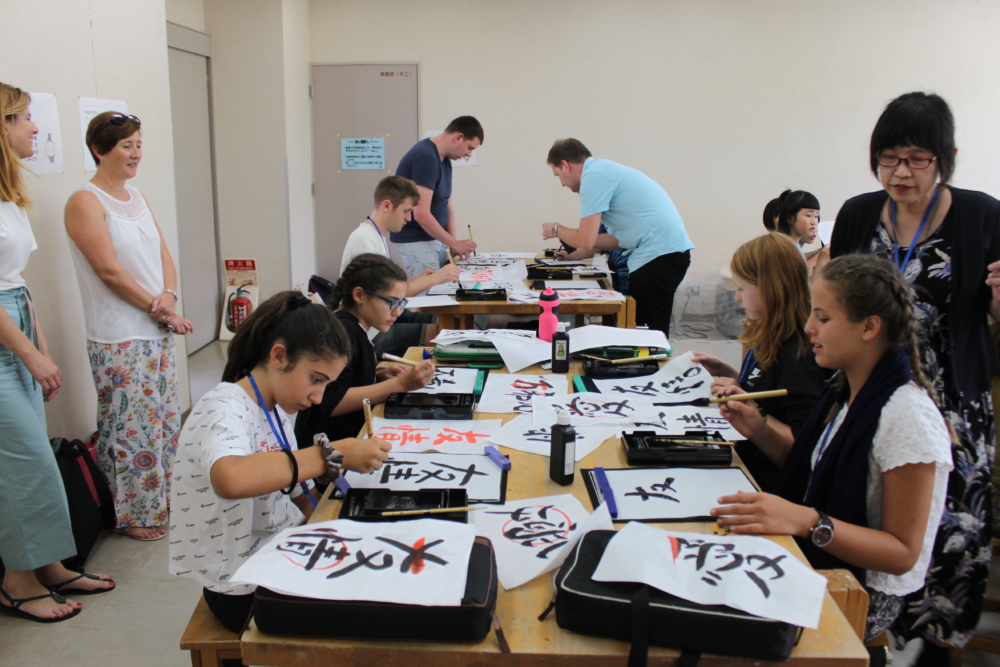 Their time in Japan was a substantial one, with five performances including at the music festival, seven Japanese culture experiences, and four facility visits, but fatigue from the long journey, their jet lag and the Japanese humidity over a series of days with temperatures of 35 degrees and higher may have overwhelmed the children’s resilience. At a concert in the lobby of the Ise Municipal General Hospital the evening before the music festival, a few of the children felt poorly and the show had to go ahead with just 13 singers. It was just like watching last year’s Ise Boys and Girls Choir. I remember how on the afternoon of the day of the music festival June 4 last year, only half of the choir members were able to take part in rehearsal at the church and the rest sprawled on benches fanning themselves. I never thought that the Maltese children, so lively and full of health, would fall so hard. After the lobby concert, SOPA director Lorraine Aquilina told us that as things stood, they would be unable to sing in the votive performance the next day, which was the highlight of their trip. We consulted with staff to see if there was some way we could avoid having the SOPA choir, having come such a long way, miss out on the most important performance date, and we rearranged the schedule to fit in sufficient rest time in the morning and afternoon so that the children could give their all singing at the votive ceremony and the music festival. As a result almost all were able to appear at the votive ceremony and the music festival. The music festival was a great success with the voice of the full choir resounding, and the reception following was a lively affair. Ever since it became possible for us to have another joint performance with the SOPA choir, we have moved forward with preparations with the notion  that we wanted everyone in Ise to hear last year’s music festival in Malta, and it was a tremendous feeling when we succeeded in reproducing it to such an extent. The atmosphere at the music festival venue and the lively reception made it seem that we’d flown right out of Japan and over to Malta.

As the SOPA members boarded their bus on their final day, everyone sang “Furusato” and “Feel Good” in tears. No one had a care for the strength of the setting sun. They opened the windows to join hands, and they would not let go. As the bus drove off, single-minded Ise children chased after it. Parting is hard even if you believe that one day you will meet again.

After the children had left, their homestay families received email saying, “We can’t stop talking about you even now we’re home”. We made some wonderful memories, but I think we actually gained much more than that. Some choir members started to take an interest in English, and more of them now studied in earnest. Some can’t stop singing “The Arrow and the Song”, which pianist Tom Armitage composed for the two choirs.

Lorraine Aquilina urged that “we continue with these exchanges.” Friends who love music and life together. I think that in the near future we will be singing in Malta again. 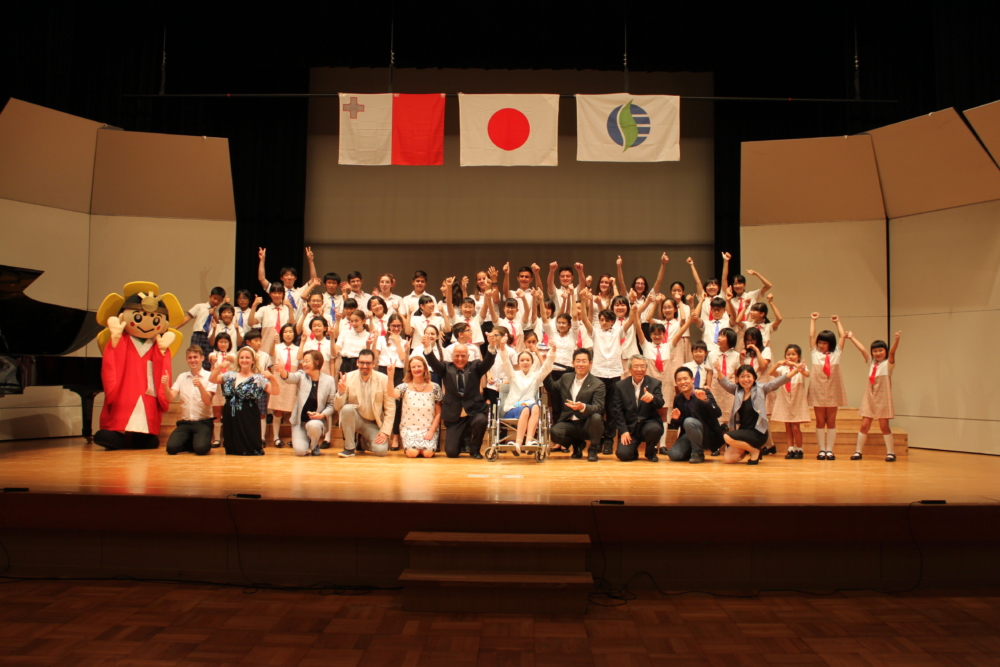