[Vol.237] Guest appearance of Japanese artists and cooperation with Serbian music performers at the NEO festival 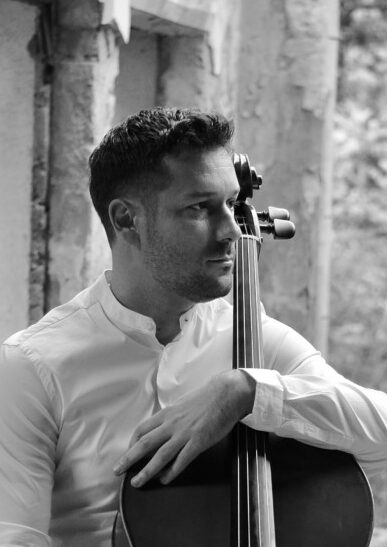 Director of Festival NEO and NGO

This year’s NEO festival and “Novi Sad – European Capital of Culture” presented Project 22, from June 11 to July 3, 2021, at various locations and spaces in Novi Sad. The main task of this project was to present  the program concept of Novi Sad 2022 – European Capital of Culture through music. The program concept originated from the slogan For New Bridges, which represents the idea of ​​building new bridges of cooperation and exchange between artists and organizations from Novi Sad and Serbia with the cultural scene of Europe. The artistic concept of the project itself is based on the basic values ​​of the European Union, such as human rights, multiculturalism, intercultural dialogue, environmental awareness and peace policies. Within this project, the cooperation of Japanese and Serbian musicians was also presented and highlighted under two program ports. The concert of cellist Annette Jakovčić and pianist Valentina Nenaševa, held on June 14 at the Svilara Cultural Station, presented the concept of the program arc called Heroine within the Bridge of Freedom, with the slogan “The future is now”. The second concert at which the NEO ensemble performed on June 20 in the hall of the Gallery of Matica Srpska with musicians: Kana Matsui – violin, Gyrgy Acs – viola, Shinnosuke Inugai – piano, Mutsumi Ito – flute and Irena Josifoska – cello and aimed to present the concept of the Migration program arc, within the Bridge of Rainbow under the slogan “Diversity is our strength”. In addition to making music together, exchanging musical knowledge and experience, the artists had the opportunity to spend a few days together in Novi Sad, when Serbian musicians showed them the historical and tourist sights of the city, introduced them to traditional cuisine, but also within Project 22 they had bonding activities with the local community in the form of planting flowers in front of the Svilara Cultural Station and thus pointed out the importance of the environment and environmental awareness. These few days spent in Novi Sad were invaluable for these young musicians, because in addition to having the opportunity to work together on the concert program, they could exchange different musical experiences, make friends, and then talk about the program, which they could eventually perform in 2022 when they will have the opportunity to meet and collaborate again. 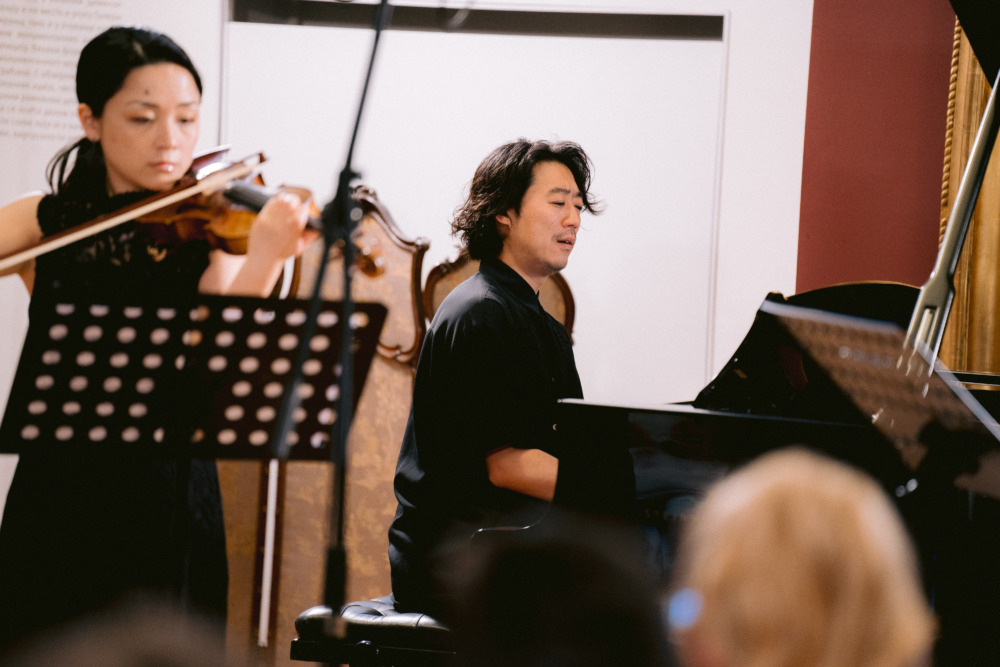 Cellist Annette Jakovičić and Valentina Nenaševa met for the first time on June 12, when Annette came to Serbia. That is when their joint rehearsals for the program began, which they performed at a concert on June 14, starting at 8 pm at the Svilara Cultural Station. The program of the concert from that evening consisted of works by composers: Luigi Boccherini: Sonata for cello and piano no. 6 in A major, Johan Sebastian Bach: Suite for cello solo no. 3 in C major, Robert Schumann: Fantasiestücke op. 73, Johannes Brahms: Sonata for cello and piano no. 1 in e minor, Rentaro Taki: Kōjō no Tsuki (The Moon over the Ruined Castle). This time the Serbian audience had the opportunity to hear the works of historically important composers made for cello. In addition to European composers, a short traditional Japanese song called The Moon over the Ruined Castle was performed at the end of the concert. All these pieces are compositions of the standard cello repertoire which Annette Jakovičić presented with extremely profiled artistic expression, fulfilling all the technical-tonal and stylistic requirements that the works imposed and thus showed a harmonious and measured approach to each composition, with stylistic uniformity, dedication and great attention to intonation. Except in Bach’s Suite no. 3 in C major, played by solo, the heroines of that evening Annette Jakovičić and Valentina Nenaševa in their common sound, did not have a relationship of solo and accompaniment, but performed equally as a duo and thus showed exceptional professionalism in mutual cooperation, although they know each other and they play together for only two days. As Annette herself stated at the end of the concert, this was a special recital for her, after a year break of and it meant a lot to her that she was in Novi Sad and that she could share her music with the audience again. 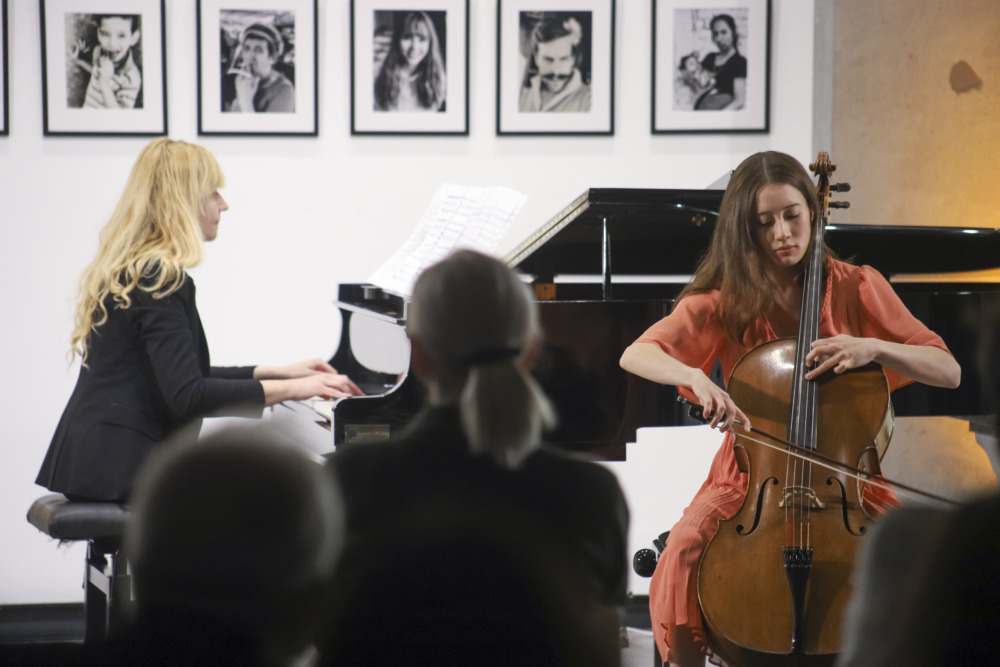 The second collaboration of Japanese-Serbian musicians was achieved by forming the ensemble NEO with the following musicians: Kana Matsui – violin, Gyrgy Acs – viola, Shinnosuke Inugai – piano, Mutsumi Ito – flute and Irena Josifoska – cello. They met on June 16 in Novi Sad, when they began rehearsals for the concert that was held on June 20, starting at 8 pm in the hall of the Gallery of Matica Srpska. The program included works by composers: Cesar Cui: 5 petits duos for flute, violin and piano, J.M. Damase: Variations for flute and piano, Wolfgang Amadeus Mozart: Flute Quartet D major, Johannes Brahms: Piano quartet no. 3, Op.60. Performing works in various combinations, from a piano duo, trio to a piano quartet, this ensemble has shown exceptional flexibility in work and mutual cooperation. Extremely measured intonation, the harmonious sound of different instruments, knowledge of styles and precise presentation of the two most famous piano quartets in the history of music (Mozart’s and Brahms’s Piano quartets) showed the individual approach of each musician, which was then shown in a harmonious and precise way in a joint performance of the ensemble. At the end of the concert, pianist Shinnosuke Inugai presented his improvisation skills on the piano in a humorous way by engaging the audience to tell him five tones (c, des, fis, d, a) on the basis of which he made an on-site composition with improvisation to Gershwin’s jazz improvisation in which he applied the motif of the Serbian anthem and thus provoked a standing ovation from the audience. This concert is perhaps the most glaring example of how young musicians from different cultures and geographical backgrounds, who migrate to different parts of the world, due to schooling and concert performances, need such a meeting and joint work to be able to present their own experience and exchange experiences with other musicians. 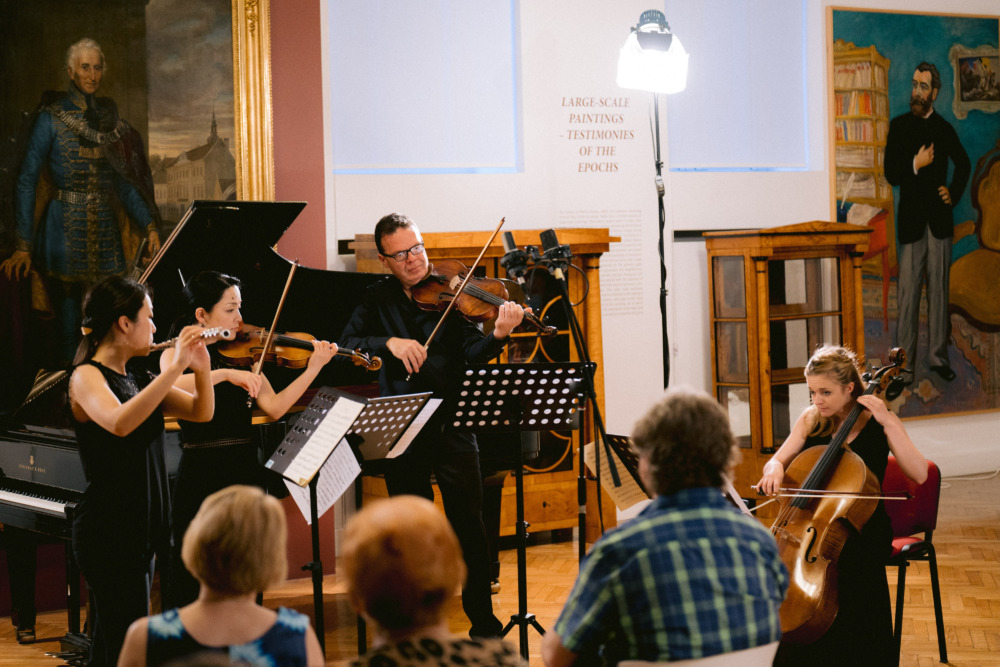 The reaction of the audience to these two concerts was extremely positive. Both concerts were accompanied by long applause and ovation applauses. Despite the fact that due to the respect of epidemiological (COVID-19) measures, the number of seats in the audience was reduced, but the halls were filled, while the broadcast of the concert could also be followed on the official YouTube channel of the NEO festival.

In addition to mutual cooperation, socializing, spending quality time, this meeting of Japanese and Serbian musicians encouraged plans for further cooperation and concerts that would be realized next year when Novi Sad holds the title of European Capital of Culture. There is a possibility that Shinnosuke Inugai will play the piano in Messian’s Piano quartet For the End of Time. Other members of the NEO ensemble will join the Novi Sad Camerata ensemble and musicians from the region at a joint concert, while Annetta Jakovičić along with the Cello ensemble would perform music pieces from the chamber music repertoire. 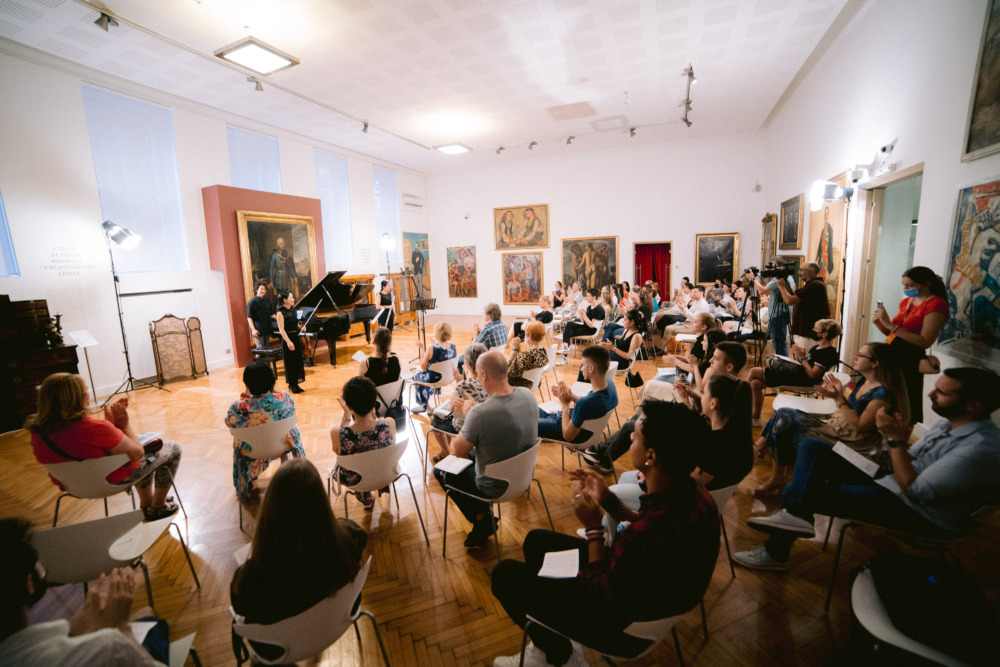 The presentation of the program concept Project 22 with the help of concerts at the NEO festival was of great importance, because the audience had the opportunity to get acquainted with the program content that will be presented during the next 2022. On the other hand, Japanese and Serbian musicians have achieved cooperation that will continue during the next year. In this way they had the opportunity to collaborate together, get to know each other and hold fantastic concerts. We believe that this experience will remain in their fond memories and will help them in their further work. Therefore, we would also like to thank the EU Japan Fest Committee for helping organize the NEO festival and enabling Japanese musicians to come and perform in Novi Sad, Serbia.