Shobei Tamaya and the Puppeteers showing the manipulation

The performance of Wonder of Karakuri Ningyo has been a unique opportunity to discover a traditional puppet art with 300 years of history. Karakuri are traditional puppets in castelets with a very sophisticated mechanism that could make them seem like robots or antique machines, in fact it is said that there are the forerunners of the robots. The way that Mrs. Yasuko Senda explained what Karakuri Ningyo was and the way as Mr. Shobei Tamaya showed the audience how the puppets worked were such interesting that they won the adults and children audience from San Sebastian they were astonished looking at those small creatures with delicate movements. They played 10 times in different places of San Sebastian, from Miramar Palace to a Mall, and in Tolosa; in every place the answer of the audience was a huge applause. Karakuri Ningyo friends were also one of the most interviewed by the media. 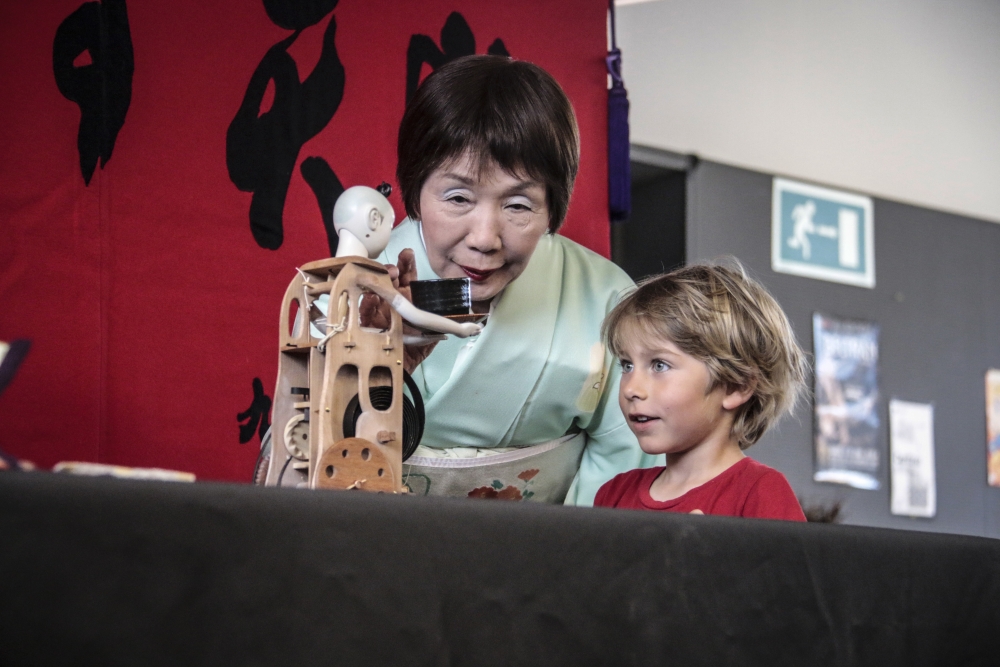 Yasuko Senda and a boy from the audience (look his expression!) with a karakuri