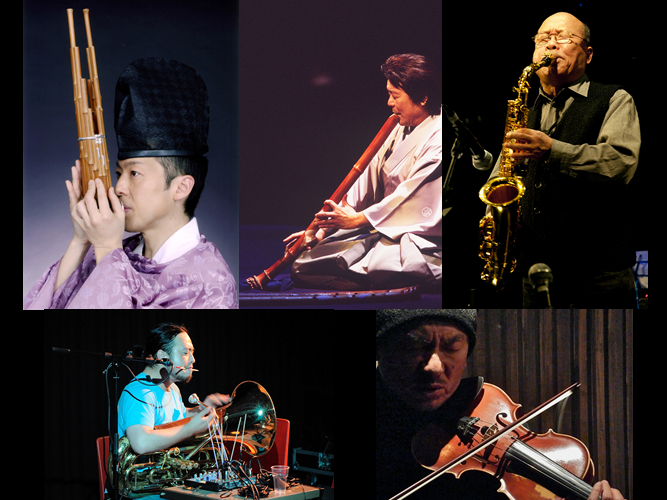 A fusion of jazz and classical Japanese court music performed by first-rate musicians.

In the Jazztopad Festival 2016, a group of the top Japanese artists will join. They define the improvised and traditional scene and reach deeper into the nooks and crannies of the Japanese sounds. The artists are to be presented at the National Forum of Music – a new top-notch concert hall, that has been recently opened. The project will be presented in the framework of European Capitol of Culture. The program will consist of two major concerts plus several smaller ones, all at NFM and private living-rooms, as well as of some workshops. This programme intends to create long lasting creative synergies between Polish and Japanese artists that will result in long-term collaboration for the future.