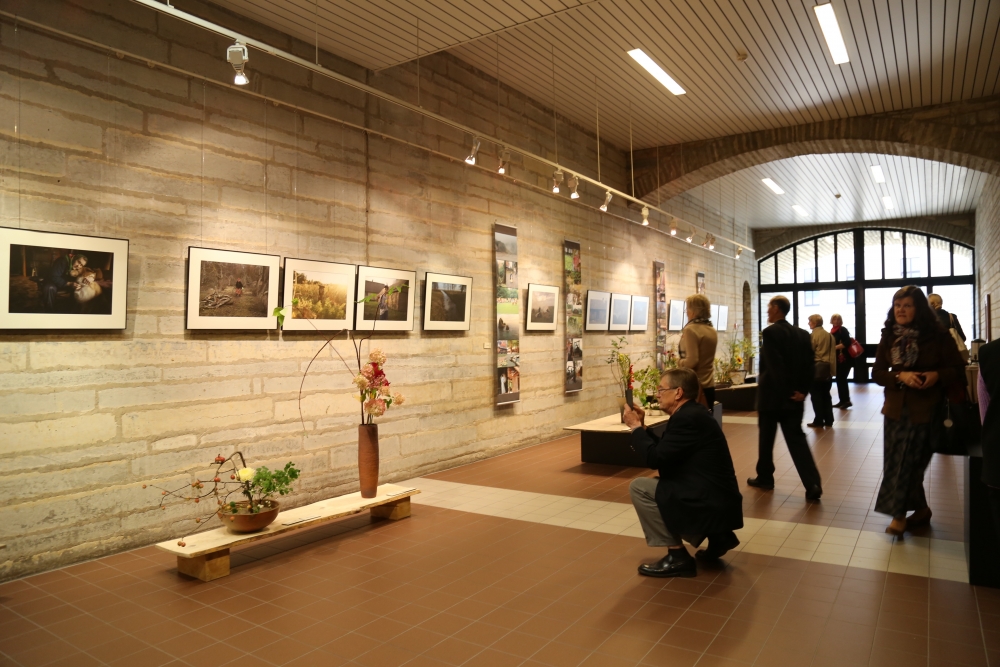 The venue was just beside the entrance of the library, as result it made easy to drop in for visitors. And there was a beautiful Ikebana work of red ivy leaves in a large nice vase made by a member of the Estonia-Japan Association (EJA), which was effective in letting visitors pay attention to other exhibits ahead of it. On the wall were exhibited many brilliant photos of people and nature in the World Heritage island of Kihnu taken by a Japanese photographer and of Japanese life taken by EJA members while traveling Japan and 12 Ikebana works arranged by members of the local Ikebana circle and Japan-Estonia Friendship Association as from Japanese side. This collaboration was successfully appealed the achievements of cultural exchange between Japan and Estonia. At the opening ceremony approximately fifty attendants including Japanese Ambassador Yoko Yanagisawa, Japanese residents in Estonian, Japanese fans and involved people from Library and Japan Association. During the period of 19 days, thanks to the local EJA members, the Ikebana works had been kept in good condition. The photos of Kihnu Island that showed different sense of viewpoints by the Japanese photographer earned a high reputation from local visitors. Next exhibition is expected in the Kihnu Museum.