Ongoing since 1999, this project consists in inviting to Japan photographers who are working in Europe to record for posterity images of the various prefectures of Japan on the theme of contemporary Japanese people and how they live their lives. We hope that this collection will prove an opportunity for Japanese to reacquaint themselves with aspects of our daily lives that we have tended to overlook and for Europeans to deepen their understanding of Japan and become more familiar with the distant presence of our distant Far Eastern country.
The photographs shot in various locations around Japan are collected the following year in the “European Eyes on Japan” publications and in exhibitions featured in cities throughout Japan and Europe. Works that have completed the exhibition circuit are then donated to their prefectures of origin as part of the cultural heritage of their later generations. 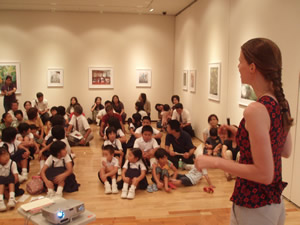 Records of these works, Photograph book “European Eyes on Japan/ Japan Today” is available at our office.
You can choose a cover of a favorite photographer.

Looking back on the project