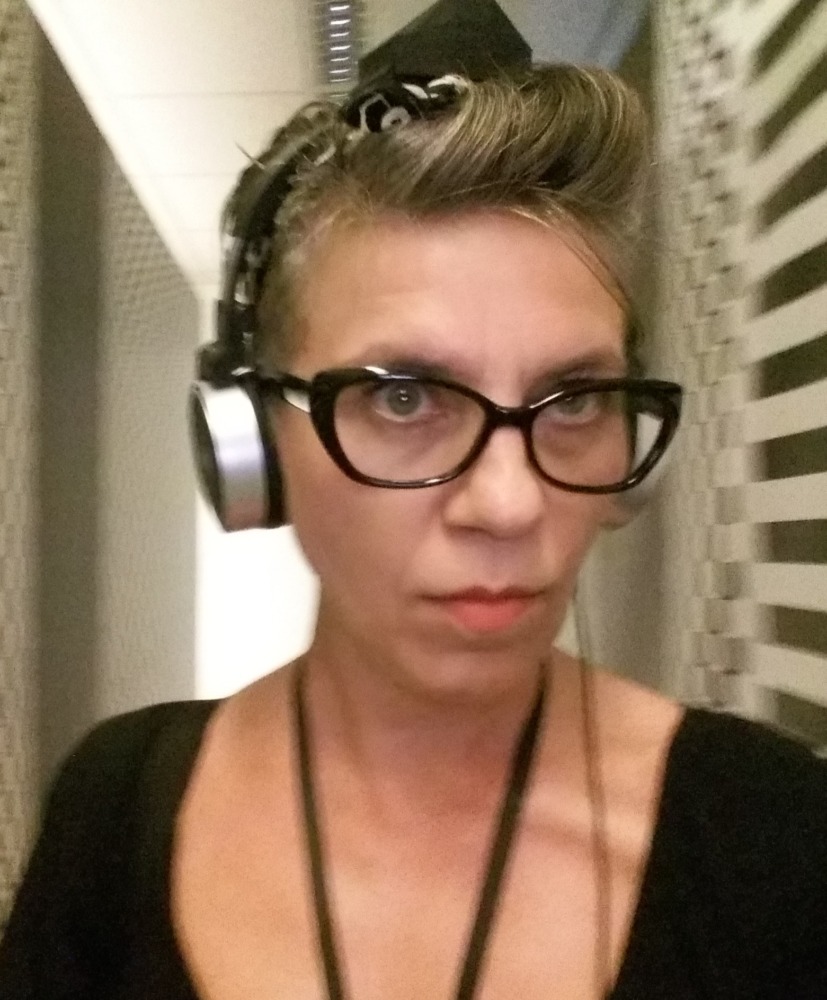 On its 30th anniversary, the WRO Biennale – the oldest Polish cyclical showcase of contemporary media art that commenced as the Sound Basis Visual Art Festival in December 1989 – has explored the development of communication tools and related artistic practices ever since, offers a critical scrutiny of processes unfolding in culture, communication, and society by examining the HUMAN ASPECT in a post-technological perspective. The anniversary edition has been an opportunity for a critical review of the last thirty years. Over this period, both art and media technologies have undergone a veritably stupendous transformation. The WRO Biennale has always been swift to respond to these changes by presenting to Polish and international audiences not only innovative strategies and works of artists, but also state-of-the-art technologies and devices largely inaccessible to the general public. To showcase and publicize these processes in a variety of forms and with a strong critical investment was one of the major conceptual, curatorial, and promotional challenges of this year’s edition of the Biennale. 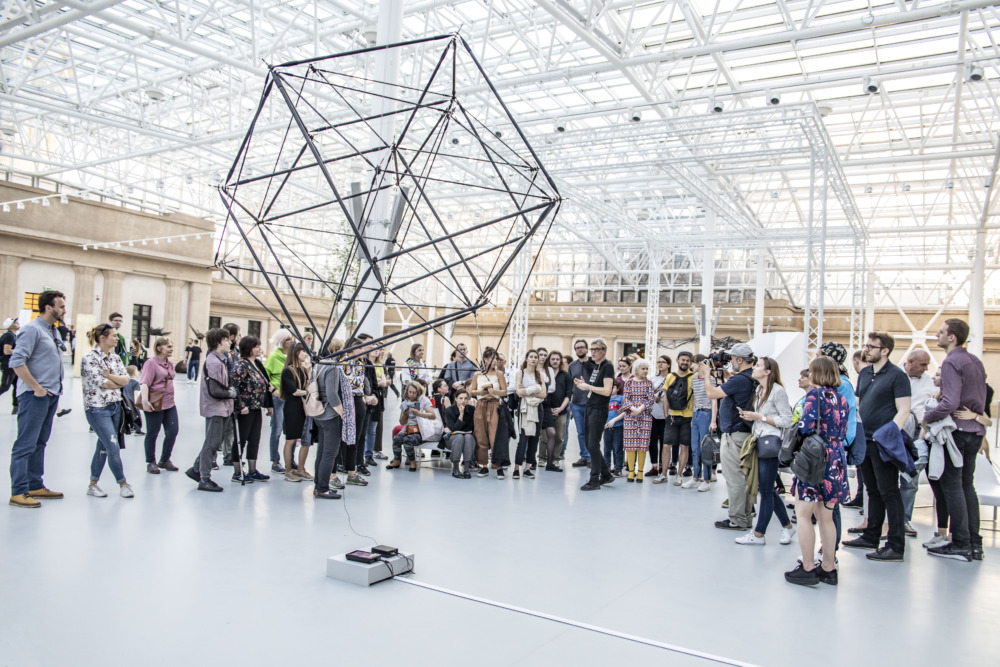 The WRO 2019 Biennale exploring areas in which the human aspect is subject to technology, questioning its agency, autonomy, unpredictability within the environments created by constantly increasing capacities of artificial intelligence, relations of power and knowledge has served as the backdrop for presenting the newest media art from Japan.

The time between the first edition of WRO and its current, eighteenth release, coincide with the system of historical eras in Japan. When the Sound Basis Visual Art Festival WRO started in Wrocław in December 1989, the Heisei period has just begun. And although art is not a subject to systemic rigors, running its own, asynchronous way towards the declared eras, Reiwa – the next period – at the beginning of which the Japanese exhibition took place, meant for us the new quality with Japanese partners. 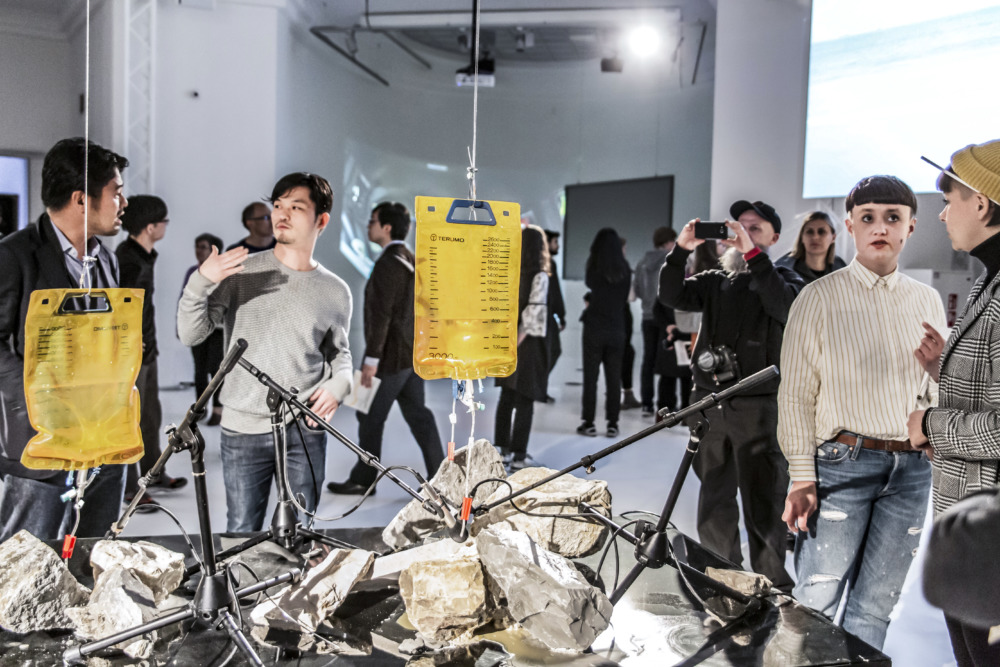 With the special support of the Japan Foundation, the EU-Japan Fest Committee, and in collaboration with a number of supporters, the exhibition, interwoven in the totality of the WRO 2019 Biennale, guided the audience during the opening events through the WRO Art Center, the National Museum’s Four Domes Pavilion, the Bakery Center for Performing arts, and the Barbara Culture Zone. It has been extended in time and space via special presentations, lectures, workshops, publications and the WRO on Tour events, attracting from May 15th till the end of November 16650 visitors.

Media art from Japan was presented against the backdrop of the HUMAN ASPECT theme. The exhibition highlighted works chosen from among submissions made by Japanese artists, and showcased them among international panorama of the newest creations. These choices were complemented with the works picked-up by the curator. It was the most comprehensive one ever held in the history of the WRO Biennale, featuring installations, animations, videos, and audiovisual performances created by groups and individual artists from Japan. A large group of Japanese curators, organizers, and artists were also actively participating in the opening events. Especially mentioned should be our recent cooperation with new partners – Yamaguchi Center for Arts and Media YCAM and ARTSAT x SIAFLab from Sapporo – with whom we have realized original Wrocław versions of their comprehensive projects addressing the past and the future of media art.

An important aspect of the project was the history of media art and and the diverse approaches to its preservation. Departure point for these considerations was the Reincarnation of Media Art exhibition (RMA) by the exonemo artists’ duo, presenting how ideas and concepts inherent to media art are capable of travelling in time, beyond the technical limitations, and the lifetime of the artwork. Different approaches to the concept of preservation of media art, as they are rendered in the practice of two leading institutions in Poland and Japan were showcased in the context of their histories – the 30 years of WRO and the 15 years of YCAM. The idea of expanding the exhibition’s original content to a living archive with Polish contents also arose as a result of the study visit at YCAM, and the collaboration between both institutions gained a special significance in the 100th anniversary year of bilateral diplomatic relationships between Poland and Japan. The innovative ideas behind the Reincarnation of Media Art project by were also presented during the panel discussion Media Art History – Reincarnation with artists and curators from Japan, Austria and Switzerland. 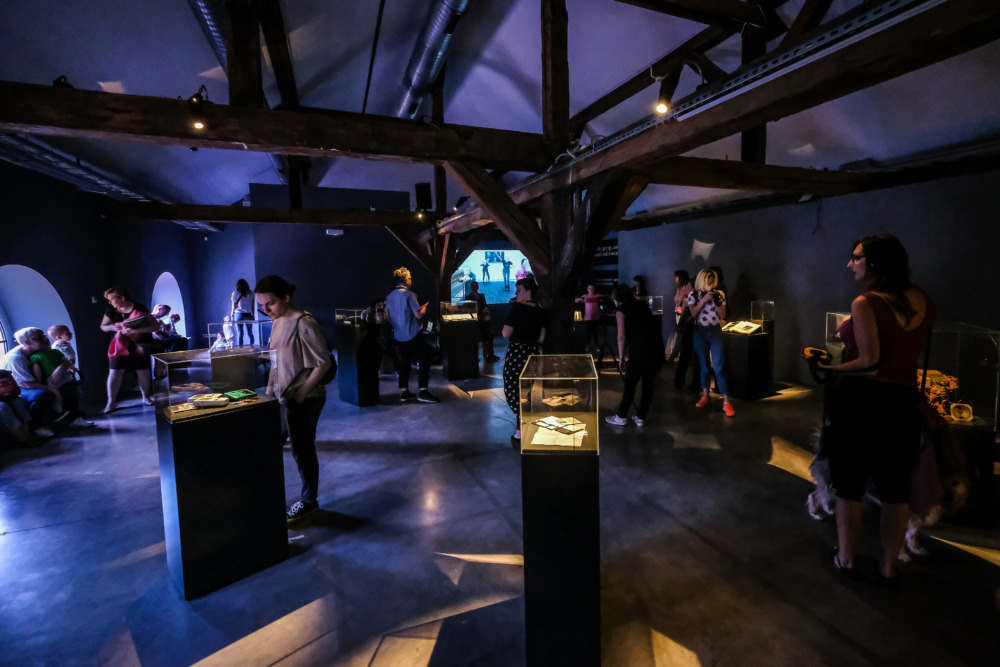 Publications, both printed and electronic, special presentations and discussions, a varied art mediation and learning program that were vital part of the exhibition’s concept, aimed at providing the audience with a contextual ground to develop their own, open approach to the issues addressed by the Japanese artists.

To describe our recent collaborations with Japanese partners in the framework of the WRO 2019 Media Art Biennale, I decided to use the title we have given the two-days presentation of animation by students and graduates of the Kyoto City University of Art that took place in September 2019 at the WRO Art Center. The works by young Kyoto-based artists vividly and vibrantly represented the diversity of contemporary Japanese animation while addressing universal issues, such as individual and collective human memory, and how our memories are shaped by the passage of time.

Especially in 2019, the year marked by so many anniversaries, it is important to remember that the collaboration with artists from Japan has been ongoing since the first release of the WRO festival, however its recent, such intense, outputs wouldn’t be possible without the constant support of the EU-Japan Fest Japan Committee. Not only Japanese artists could enjoy this support when presenting their works in Wrocław, but also the WRO curators’ professional networks could be extended during research trips to Japan undertaken thanks to the EU-Japan Fest Japan Committee commitment to its mission. Our cooperation dates back to 2014, and today, the projects organized together with the Japanese artists with the Committee’s support, have reached meaningful significance.