HOME > Column > From the Irish bogs to Japanese jewel steel

[Vol.217] From the Irish bogs to Japanese jewel steel 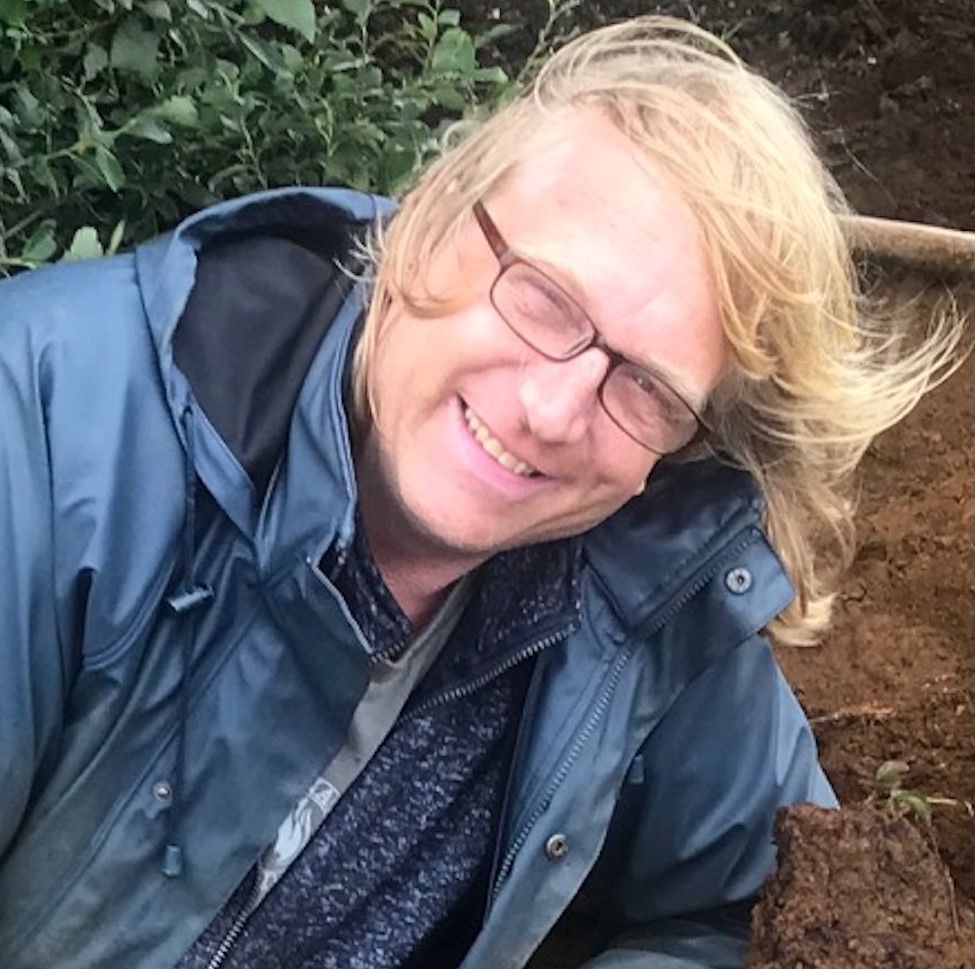 The Woodford Furnace Festival planning for 2020 was well advanced: about 12 groups of iron smelters would descend once again on the village of Woodford in Ireland to make Irish iron, the blacksmiths were ready to turn the iron into objects of art and practical use. Then, in March, everything changed, Covid-19 was loose in the world. Events were cancelled, quarantine rules implemented and flights cancelled. What were we going to do???

Turn it inside out, of course! Instead of the smelters coming to Ireland to smelt Irish ore, we were going to ship out the ore to the different teams, who could then safely smelt it into iron where they lived. The Irish ore is a very recent formation which still grows at the base of the many bogs in the country.

The biggest challenge was the Japanese team, not only did they need the largest amount of iron ore (130kg!) but, due to circumstances, they were also smelting a few weeks before the live event. And disaster struck! The owner of the land where we previously extracted the ore would no longer let us in… Many hectic phone calls later and we obtained permission from a different landowner who was especially bemused that the ugly ‘brown stuff’ on his land was going to made into high-grade steel, in Japan! 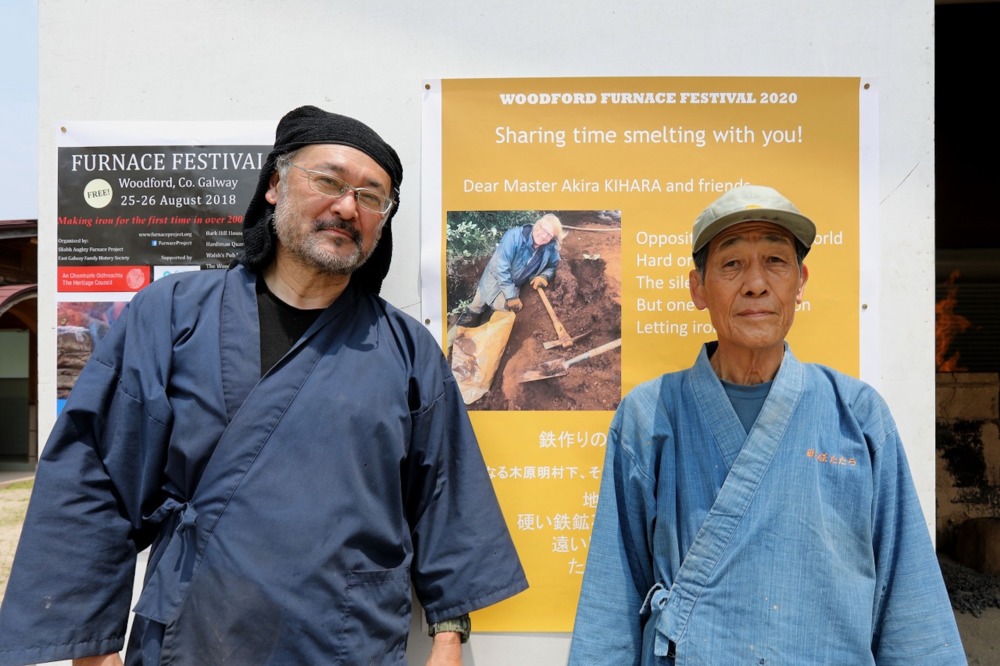 The ore was cleaned and dried (not easy in the Irish weather) and eventually sent off to Torikami village in Shimane prefecture where Master Akira Kihara has his tatara workshop. The ore was received on the 17th of July and on 31 July, Prof. Yasuyuki Murakami drove down to Torikami. The smelt was planned for Sunday the 2nd of August and Prof. Murakami left immediately after to conduct an excavation in a place with very poor internet connection.

No news on Monday, or Tuesday, or Wednesday…. On Thursday 6 August, we received a set of photographs from the smelt but no news on how it went. Of course, there was no way our porous Irish ore was going to work in a furnace designed to smelt some of the hardest ores on the planet. What were we thinking… 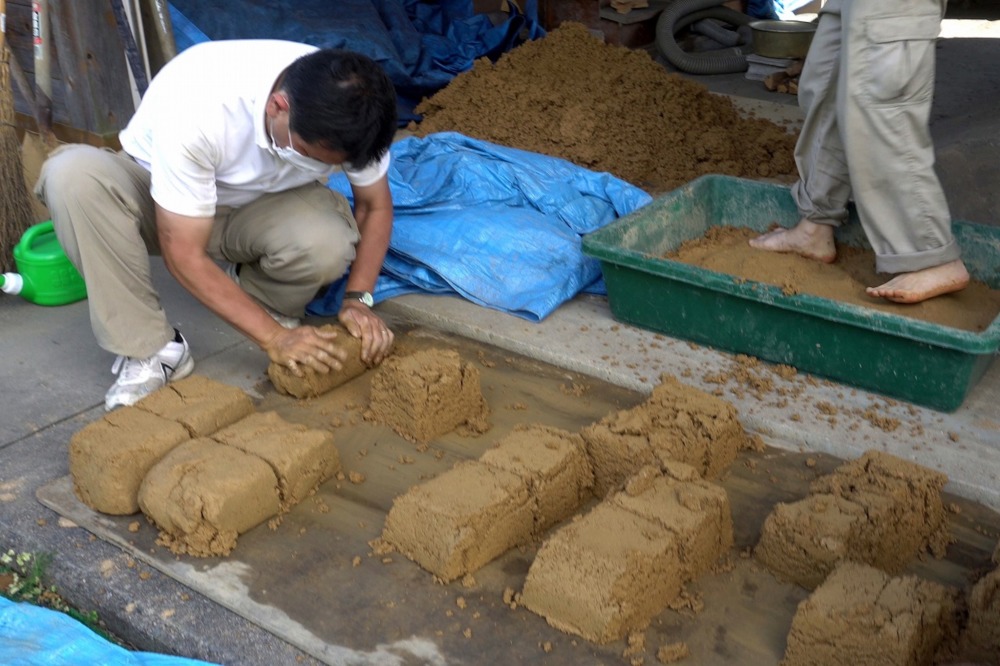 Shortly after, however, the following mail arrived: “Dear Paul, We obtained 18 kg of iron from 49 kg of iron ore in 7 hours of operation. In Master Kihara’s traditional method, the iron produced in the furnace is cooled once in water. So the iron remains in a lump. When a block of the lump of iron was destroyed and Master Kihara checked its cross-section, he said it was a beautiful steel usable for Japanese sword directly.” WE DID IT!!!

After this, more ore needed to be sent to the other teams and many preparations done. Our simple idea had grown into a planned 7.5 hour live event on 23 August where we were going to travel the globe from east to west and show footage from teams, next to the Japanese one, from New Zealand, 6 teams from Yakutia in Siberia, Poland, Germany, France, The Netherlands, Luxembourg, Spain, Denmark, the UK and the USA. 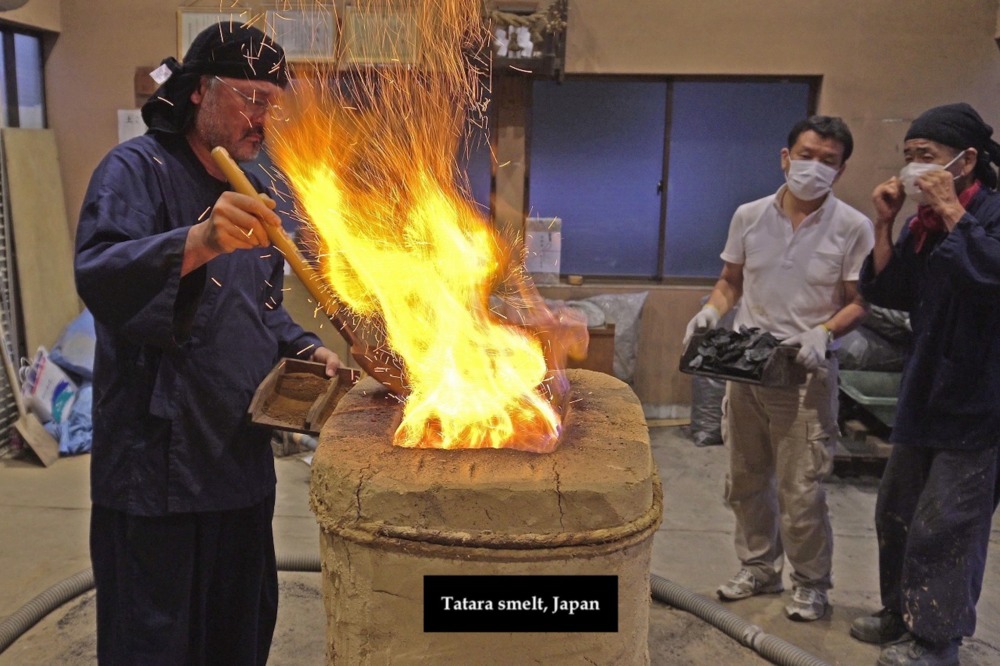 In the meantime, the Facebook post announcing the Japanese smelt of Irish iron ore was the most successful we.ve ever had: nearly 25.000 people reached, 4.950 engagements, 184 likes and 120 shares!

Some teams, including the Japanese, could not participate on the day of the live event and would send us footage to be streamed that day instead. And on the 22nd of August, the day before the live event, it arrived… I was in perplexed, the quality was amazing, documentary-grade and showed the full process in detail: from breaking the ore, sorting the charcoal, building the furnace from scratch as well as the whole smelting process. This was a very important historical document, not only one of the best recording the working of the Japanese tatara furnace but also Master Kihara explaining how the Irish ore was different, the difficulties he had to overcome and the things he had learned in the process.

And “watch it till the end”, Prof. Murakami had said. At the end of the movie was, unknown to me that this had taken place, the forging of the steel into no less than five replicas of historical Japanese knives, all in high-grade steel! 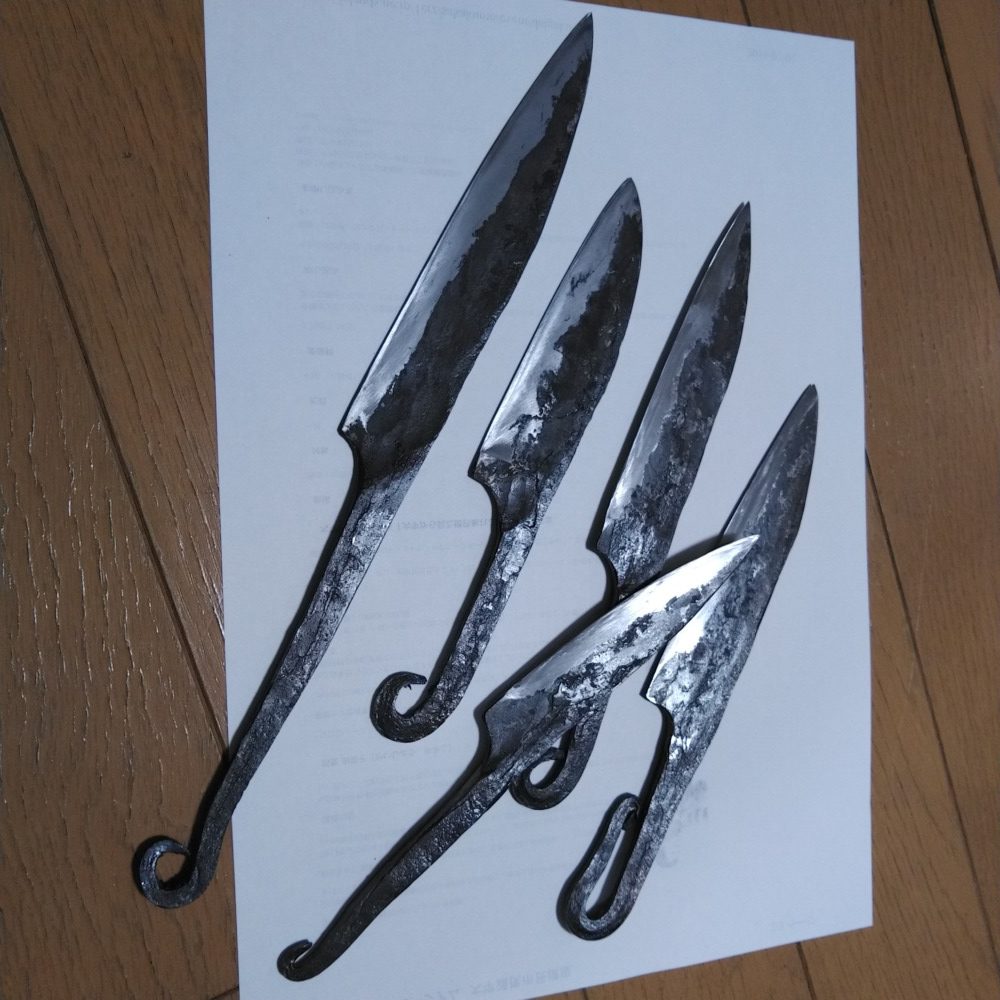 So, what’s next? The Japanese tamahagane steel is legendary and many of the iron smelters are now contemplating if it would be possible to make similar steel outside of Japan, using their own ores. Much needs to still be learned; the Japanese way of smelting is by far the most complex known, but we would sincerely hope to have a team of Japanese smelters travelling to Ireland next year to show us how it is truly done, using only Irish materials, not only iron ore but clay, charcoal and manpower as well.

Thank you, EU-Japan Fest, for making this journey possible!

*You can watch the video from the link!: https://youtu.be/waZSIqQ4jvM