During my stay in Rijeka, I had a number of discussions with the Mayor and Irena, the CEO of the European Capital of Culture, about future initiatives. The partnership we have built up over the years has been unwavering, and I was pleasantly surprised by the constructive exchanges of ideas that ensued. What was absolutely necessary was mutual enthusiasm. In the midst of our discussions, something flashed through my mind. It was a time when Japan and Europe were at odds with each other. Today, it is hard to believe.

Thirty years ago, the Japanese economy was at the top of the world. Japanese companies dominated the first five places on the list of companies by market capitalization, and 32 of the top 50 companies were Japanese. At the time, Japan’s overwhelming export power caused economic hardships for European countries, which led to the political issue of trade friction between Japan and Europe. Japan faced harsh criticism from the Europeans, and the derogatory term “economic animal” was born. It was even heavily criticized as if Japan had a culture even though its economy was top-notch. Toyota and Nintendo may have been known, but Japanese culture was not overshadowed in the daily lives of European citizens. Of course, there were many scholars of Japan in Europe, but they were not present in the face of the Japan-bashing storm.

At that time, the Japanese government and the business community, using their considerable financial resources to aggressively promote large-scale “international exchange” cultural events. All sorts of Japanese cultural programs crossed the ocean. Whatever Japan wished to introduce, a budget was attached to it and whether Europeans were interested or not, it was carried out one after another. Introducing one’s own culture is a meaningful thing in itself. But a one-way street in the name of exchange is unlikely to lead to a deeper understanding. Sure enough, when the grand cultural event is over, many have disappeared like water in the desert. With the bursting of Japan’s economic bubble, these “international exchanges” faded away.

At the same time, the wave of globalization coincided with the information revolution, and in 1992, the year before European integration was completed, a request for cooperation from the Belgian government led to the birth of the EU-Japan Fest as NGO. It brought together the Japanese business community and ambassadors of European countries to support creative and sustained global solidarity in the long term, not just for a short period of time. Since then, the movement has been growing for 28 years. 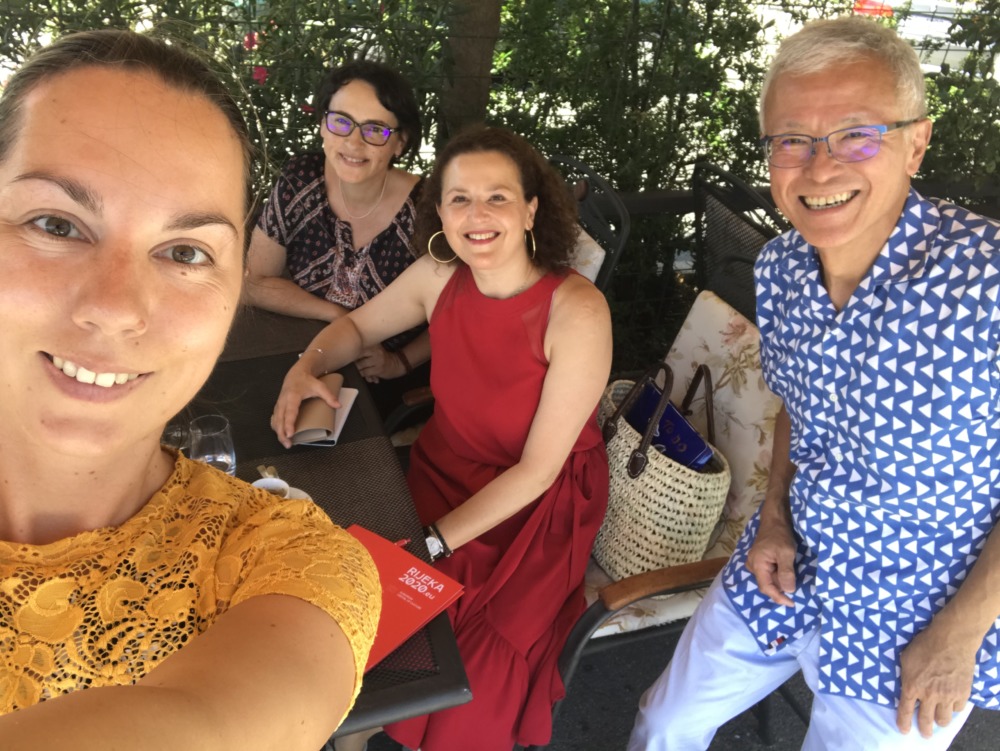 And now the pandemic had broken out. At first, it was thought that the situation would be brought under control in a short period of time, but with each passing day, the infection spread around the world and the European Capitals of Culture was called into question as to the true value of its activities.

The chairman of the executive committee, Mr. Kunibe, who took office last fall, must not have imagined that six months later the whole world would be in such a situation. However, his belief in the promotion and continuation of the project has never wavered in his role as Chairman of the Executive Committee. He strongly instructed us to promote solidarity and cooperation with the European Capitals of Culture.

In response, he reaffirmed our commitment to continue our activities with the European Capital of Culture, but how exactly to proceed in this different dimension? This was one of the most important objectives of my visit to Rijeka. No matter how much information we gathered and discussed through online tools, it was difficult to convey our passion to each other. In the end, a face-to-face meeting was necessary to reach a conclusion. In our meetings during our stay in Rijeka, we shared three things in particular:

The sharing of these steps has given impetus to a longer-term effort. 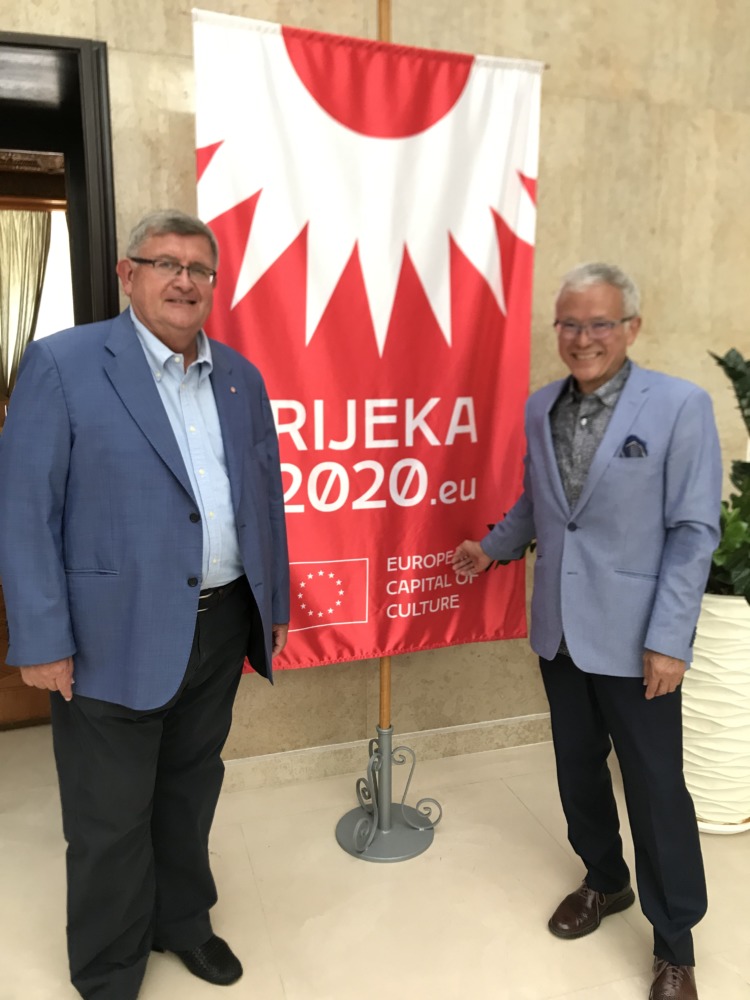 At a meeting with the Mayor of Rijeka

The European Capitals of Culture has grown into a global initiative that now brings together artists from 100 countries around the world. I have been involved in all 48 European Capitals of Culture in the 28 years since 1993, but I must admit that I have recently begun to have some doubts about them. It’s been a long time and a lot of people’s energy to prepare for it all, but the difficulty of delivering it all in a year’s time has come back to haunt me.

As well as Galway, Rijeka decided not to cancel the programs that had been prevented from taking place due to the pandemic, but to postpone them to the following year, i.e. delivering programs for two years. That should give a boost to sustain activities to the future. “Passport Programme” will also be launched to support the exchange of a total of 100 people involved in the European Capital of Culture, to enable citizens and artists to travel freely between Japan and Europe to create future joint initiatives. The European Capitals of Culture do not end with the year of the event. Rather, it is about sustaining and developing its achievements after the end of the event, strengthening local and global solidarity for the future. This has been strengthened by the pandemic.