The beauty of a tapestry captured my heart on the final day in Serbia.

Finally, the day of returning home came. On the way to Belgrade Airport, Vladimir took me to a tapestry workshop located in a corner of a hilltop fort, beyond the Danube River. Tapestries are handmade on a loom, and the weft threads on the surface created colorful patterns and designs, the warp completely hidden by the weft. I was overwhelmed by the first piece I saw. Its breathtaking beauty, vivid colors, and innovative creativity of these works of art went far beyond the traditional image of the tapestry. Tapestry has a long history, with its origins dating back to the Hellenistic period (323 BC – 30 BC). The Hellenistic culture is believed to be the result of the fusion of Greek culture with Oriental culture, which was spread to the eastern regions by the eastern expeditions of Alexander the Great. 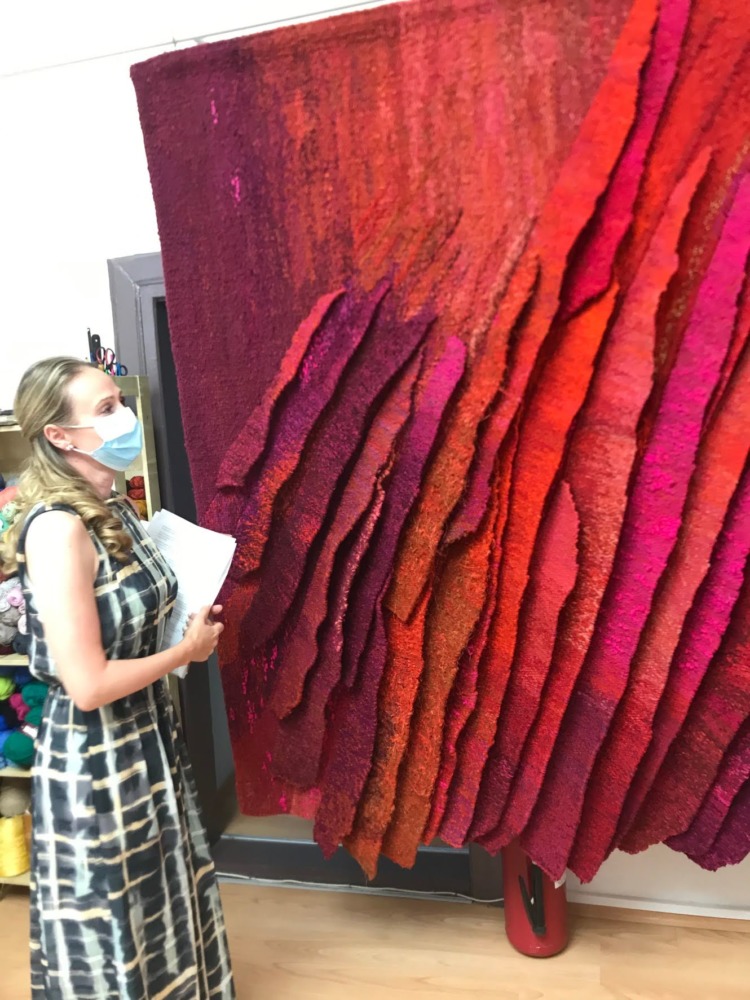 Its novel beauty captivated me.

The Japanese Tudureori is similar to tapestry, but the origins of the original textiles date back to the ancient Babylonian period (2004 B.C. – 1595 B.C.) and were introduced to Japan from China along with continental culture during the Asuka period (592 – 810 B.C.). The spread of tapestry to Europe was a little later, in the 11th century, the Crusaders brought back carpets as a product of the Muslim world, which was the beginning of tapestry. In the early 14th century, they were actively manufactured in Germany and Switzerland. Later, the production area expanded to France, Belgium, and the Netherlands. By the way, the tapestries that are displayed every year at a festival in Otsu, Shiga Prefecture, were sent from Belgium in the 16th century. 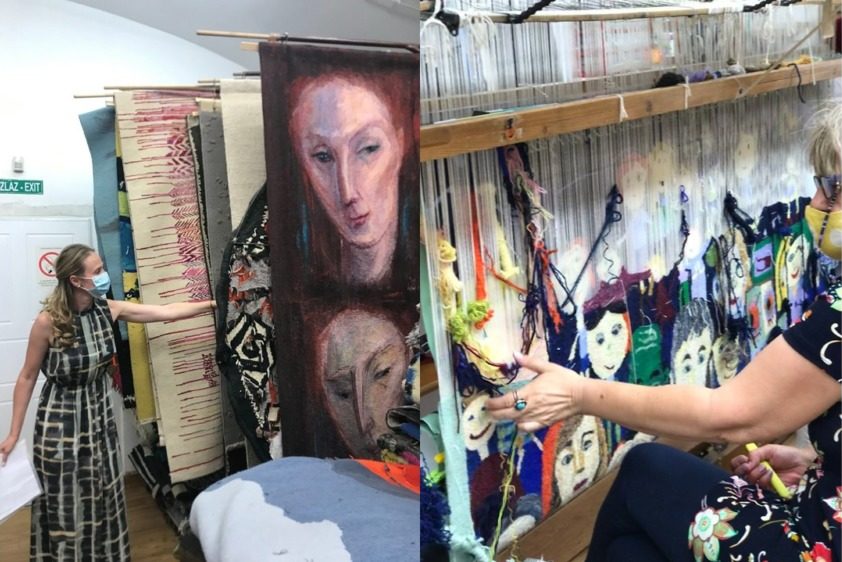 Left: Works from the collection / Right: an artist working on a complex design

Back to the story. At the tapestry workshop I visited on that day, almost ten Serbian artists were quietly weaving. Although the pandemic suspended the residency programs of foreign artists, European and Japanese artists have also worked here in the past, and many of their works were in the museum’s collection. Throughout its long history, it has continued to be woven even in times of peace and warfare. The media writes as if the world is divided by the pandemic, but great artworks can easily overcome all interests, differences, and difficulties to capture the hearts of people around the world. 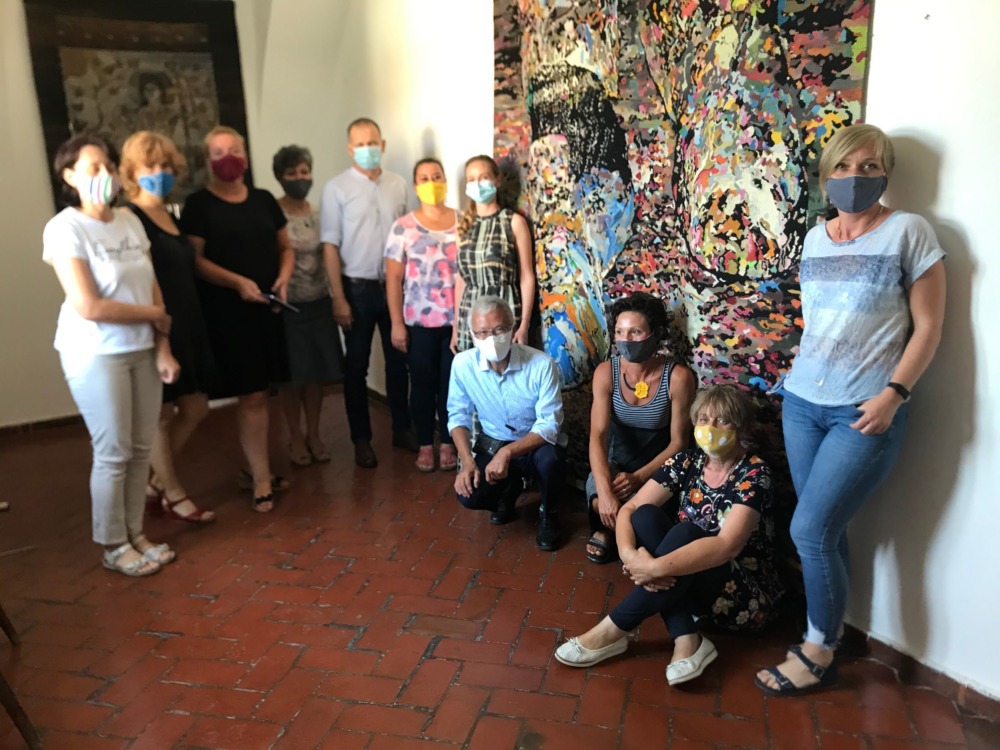 At the end of the trip, another beautiful memory was made. After the tour, I stood on the high ground of the fort. I could see the magnificent Danube River below me and the bridge girders that were destroyed in a bombing 20 years ago. I wanted to thank again for the preciousness of peace and the solidarity of the world in the arts. Then I headed to Belgrade Airport. It was a comfortable drive. At that time, I didn’t know that trouble was waiting for me at the airport after that…

The next one would be uploaded on 14 October.