Solidarity and continuity are what European Capitals of Culture have firmly held.

EU-Japan Fest has been cooperating with the European Capital of Culture for 28 years since 1993 and has been involved with all 46 cities since then. Meanwhile, the European Capitals of Culture now gather participants from more than 100 countries and regions around the world. The initiative has literally grown into global solidarity.

In March of this year, the coronavirus epidemic spread across Europe. The European Commission’s response to the situation was swift. In an emergency statement, Ursula von der Leyen, the President of the European Commission called for “Global cooperation to confront a global pandemic”. The Culture Minister of Germany also said “Arts are not only indispensable for us, they are our life-support system” and it cheered lots of people not only in Europe but also across the world up. European countries immediately took action. Alongside compensations for artists’ livelihoods under the pandemic, they encouraged them to go online under lockdown measures. 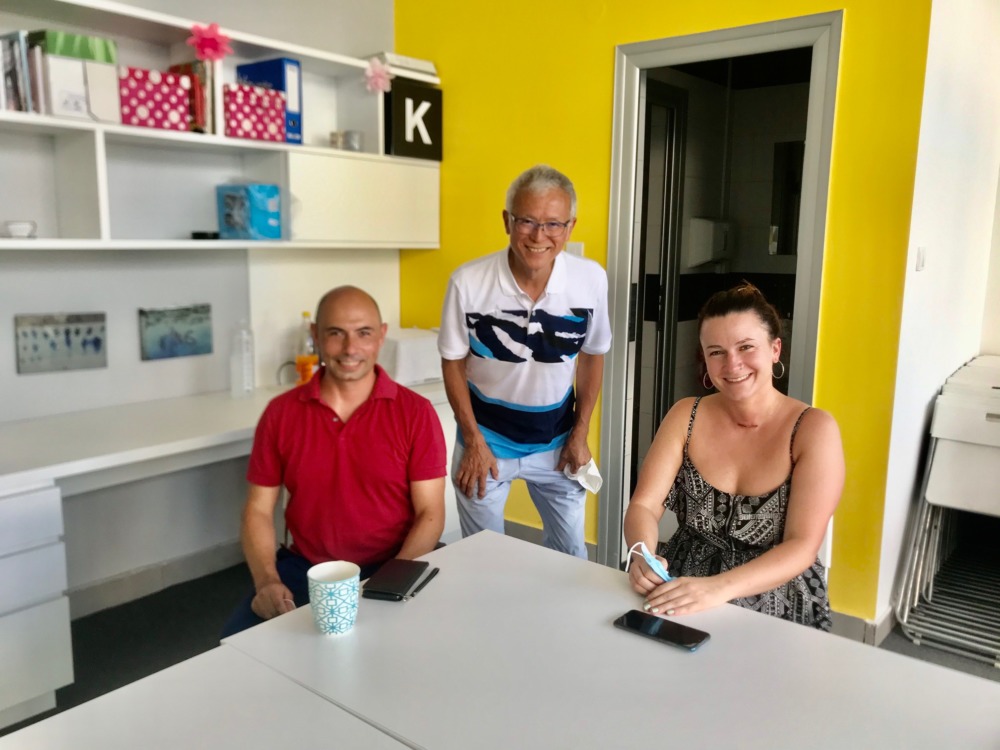 In July, the European Capital of Culture Galway (Ireland) held its annual film festival. In the past, the scale of the festival has been rather small, but this time, all the films including Japanese films were streamed online. As a result, the number of viewers reached a whopping 5.7 million. Solidarity has spread to the world.

At the same time, various activities encouraging each other have spread throughout the world, as if to counter the fear and anxiety caused by the pandemic. It doesn’t have to be a big deal, but even just a smile or a kind word can soothe the people around you. On the other hand, what can artists do? In addition to the online dissemination, various new ideas and innovations such as the “Music by the Window” and “Photography Through the Glass Project” were also developed.
Many of the European Capitals of Culture’s programs are funded by a Creative Europe of European Commission. In Japan, public funding is limited to a single year, therefore, grants for programs which were not delivered this year cannot be carried over to the next year. However, the European grants cover activities for a period of four to five years, allowing for unforeseen circumstances and providing a major boost to the continuation of activities. Many of the Japanese artists participating in the European Capitals of Culture also benefit from this. 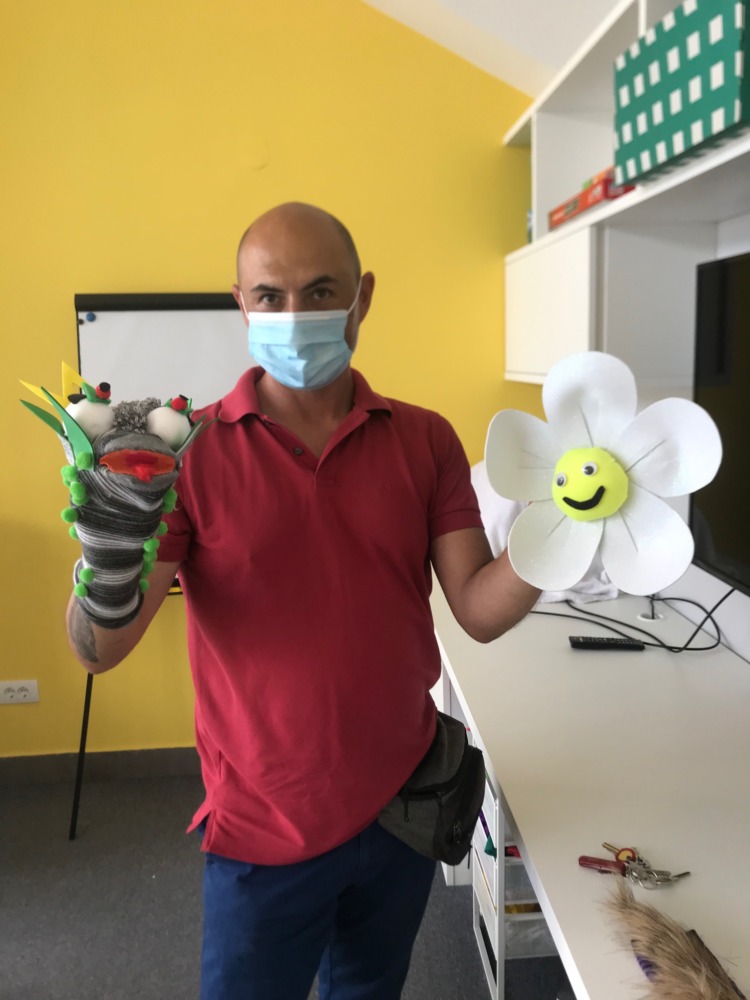 Mr Krga is also planning a puppet show for children

When Novi Sad ran for the European Capital of Culture, one of the key strategies the foundation identified was the creation of “Culture Stations”. The aim is to provide citizens with access to arts and cultural activities and encourage greater participation. I have ever visited a number of facilities, and I have always been impressed by the high level of commitment of the staff working there. Their enthusiasm and actions bring this strategy to life. This activity is not top-down, but bottom-up. Connectivity is also an important element in this activity. They intend to fuse substances with different and higher quality brought from the world on their activities. I have attended contemporary music performances here in the past, but if I close my eyes, the former factory site disappears from view, and I find myself in the midst of a superb performance.

I visited one of the “Culture Stations” currently under construction, and I talked to the two leaders of the project. This area is located across the canal of the Danube River in the outskirts of Novi Sad, adjacent to a settlement of mainly Roma and other ethnic minorities. The Roma people left northern India around 1000 AD on a wandering journey to Europe. Gypsy is a discriminatory term, and the expression is not used today because it is also a generic term for a mobile ethnic group. However, aside from the designation, the presence of Roma is undoubtedly a crucial social problem in Serbia. Parents in Roma settlements are negative about sending their children to public schools. This is because leaving the settlement can lead to discrimination. Despite the recent emergence of racial problems that originated in the United States, the issue about Roma has not disappeared in the long history of the country, nor has it been in the spotlight. It is also an important issue that has deep roots in European society. 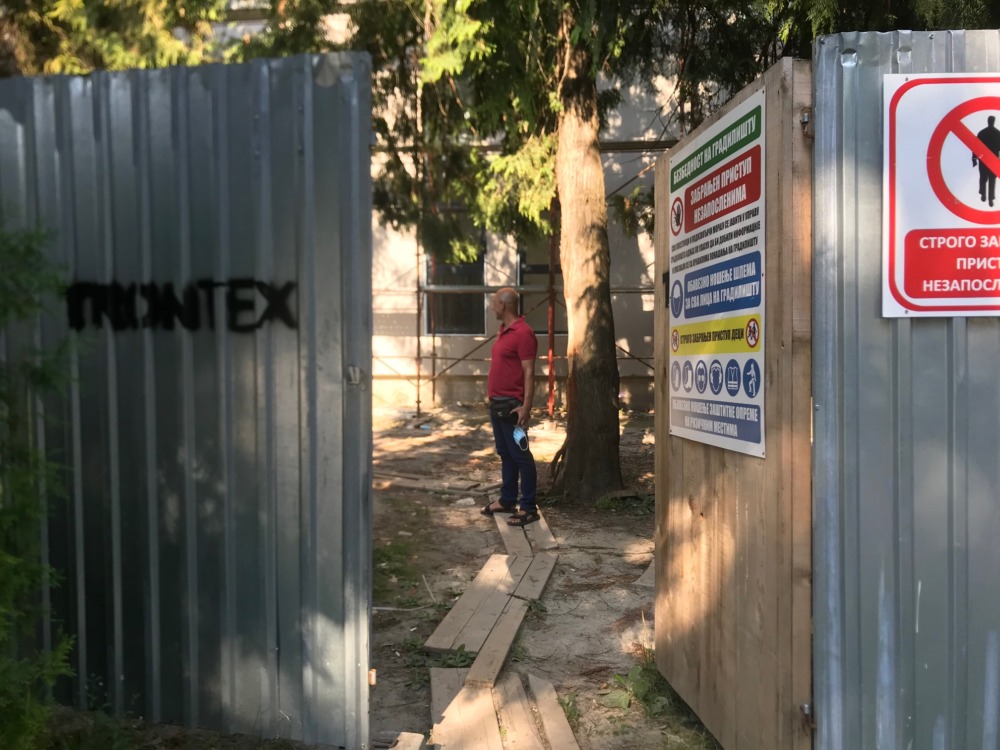 Construction site of the culture station

I asked them to drive me to the Roma settlement. Sarah, a staff member of the European Capital of Culture Novi Sad, had never been in this impoverished area before. Tensions ran high. As we entered the village, we could feel the wary eyes of the Roma youth hanging out in the streets on us, which seemed to pierce our hearts. When the facility is completed, it will house a program for Roma children and young people in a variety of disciplines, including dance, music, theater and art. How many young people from the Roma community will be able to participate in the activities? I heard that there are plans to invite Japanese artists to participate in some of the programs. The two leaders are now beginning to face the challenge of meeting the huge wall that looms before them. When they told us about their plans, their eyes lit up and their unwavering determination and passion was evident to us. I have no doubt that the Culture Station will continue to experience setbacks, but they will not give up and will continue to take steady steps forward. If the Japanese youth can participate along the way, they can learn a lot of things. And I’m sure that they will be able to draw on that experience in their future local activities in Japan. I was reminded of the universal mission of contributing globally and applying the results locally.

The next one would be uploaded on 8 October