Ten hours after taking off from Frankfurt, I woke up to find that the aircraft was approaching the Sea of Japan from the Siberian continent. There was an in-flight announcement that we had 50 minutes until we would be arriving at Haneda Airport, and we were handed quarantine forms to be submitted after landing. According to the information from a month ago, I would have to wait for several hours until the result of the PCR test which was mandatory to enter Japan was announced. The reception system seems to be changing day by day. When I asked the flight attendant what the inspection procedure was this time, she replied, “I haven’t flown in a few months, so I don’t know”.

The airplane landed safely at Haneda Airport, entered the airport lobby, and arrived at the quarantine inspection point with the guidance of an officer. He handed in his passport and the questionnaire he had filled out on the plane, and then he was taken to a simple inspection room to have his saliva collected. During my stay in Europe, I had taken good care of hygiene, slept and ate well, and was in good physical condition. However, I was still worried about what would happen if I was tested positive. After an hour or so, an announcement called my number and I was given a pink paper. In my mind, I said, “Yes! I shouted pleasantly. After that, I went through the usual immigration and customs checks as usual and entered the country. There was hardly a soul in the arrival hall, which is usually crowded with people waiting to greet us. 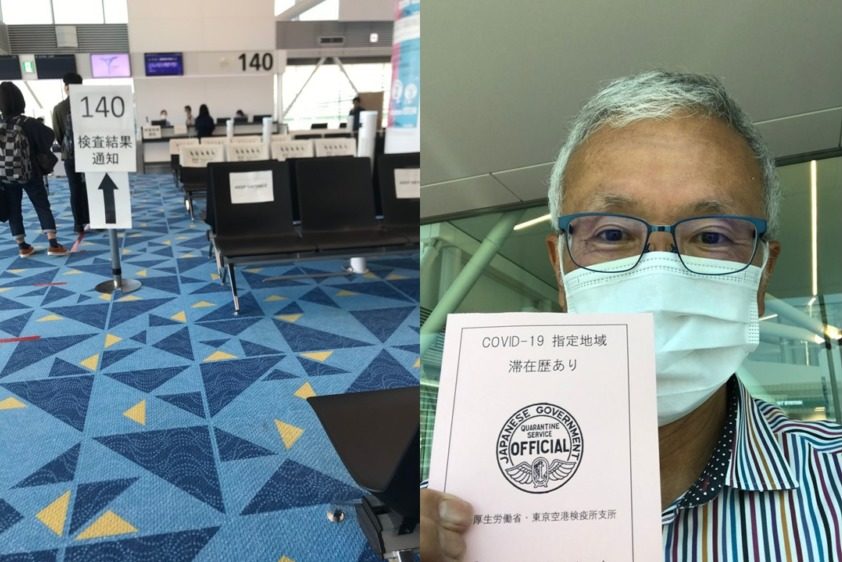 Left: Waiting for the results of the quarantine inspection at Haneda Airport.
Right: I was tested negative. Happy!

I got into my car in the airport parking lot and headed to the mountains of Nagano for two weeks of self-quarantine. I and my dog began living in a cabin in the mountains. Every day from the next morning, I received a phone call from the Ministry of Health, Labor and Welfare to check my health. As I felt at the airport, the people working at the ministry’s office, who were in charge of the checkup and follow-up, were very soft and warm. I felt a message, “Let’s get through this together”. Like the medical workers, I wanted to devote my heartfelt thanks to the people on the front lines of the fight against the coronavirus.

In the forest, we saw herds of deer, squirrels and foxes, but hardly any humans. It was in this environment that I quietly reflected on my two weeks in Europe. The situation in Europe was far more serious than in Japan. They were suffering from repeated attempts to put the brakes on the prevention of infection and the accelerator on the recovery of social life at the same time. We wanted to see how people were feeling and acting in those days on the ground.

Soon after the lockdown began, the European Capital of Culture called on the world to keep the action online. One of this year’s venues, the Galway Film Fleadh, ran its programme via online distribution. As a result, the festival, which has been small in previous years, was a revolutionary success with 5.7 million viewers worldwide. With the post-Corona convergence developments in sight, the European Capital of Culture used its ingenuity and solidarity with artists from around the world in the midst of a difficult situation.

Strangely, when I think back, I didn’t see any dark faces or talk about the virus during my 14 days in Europe. I realized that they had abandoned their grief and fear and were bravely taking up the fight against the virus. The infection is still spreading, but even in the darkest of nights, the dawn will surely come. The smiles on the faces of my European colleagues convinced me of this fact. 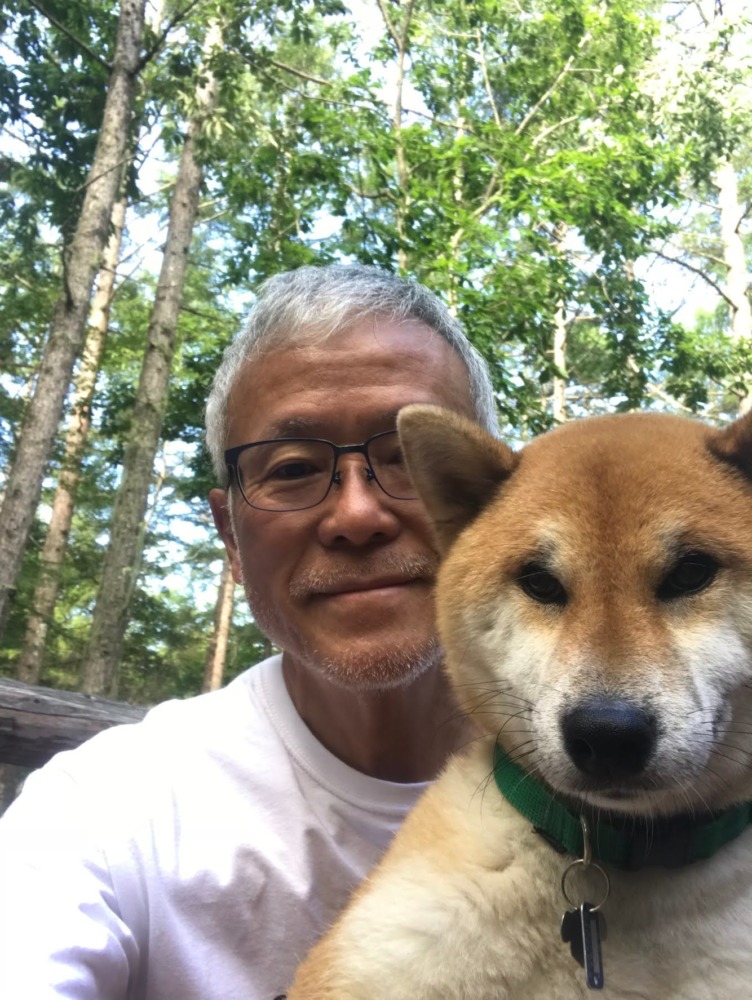 One evening, while walking with my dog along a wooded mountain path, I was reminded of Michiko, a lawn dog I had met by chance in Rijeka, Croatia. My dog came to the front and looked up at me. He wagged his tail as if to say, “I know you’re thinking about fun”. I looked to the west and saw that the sky turning red, and I knew that fall was coming. My heart was filled with joy and gratitude for the many memories that had been added to my heart this summer. 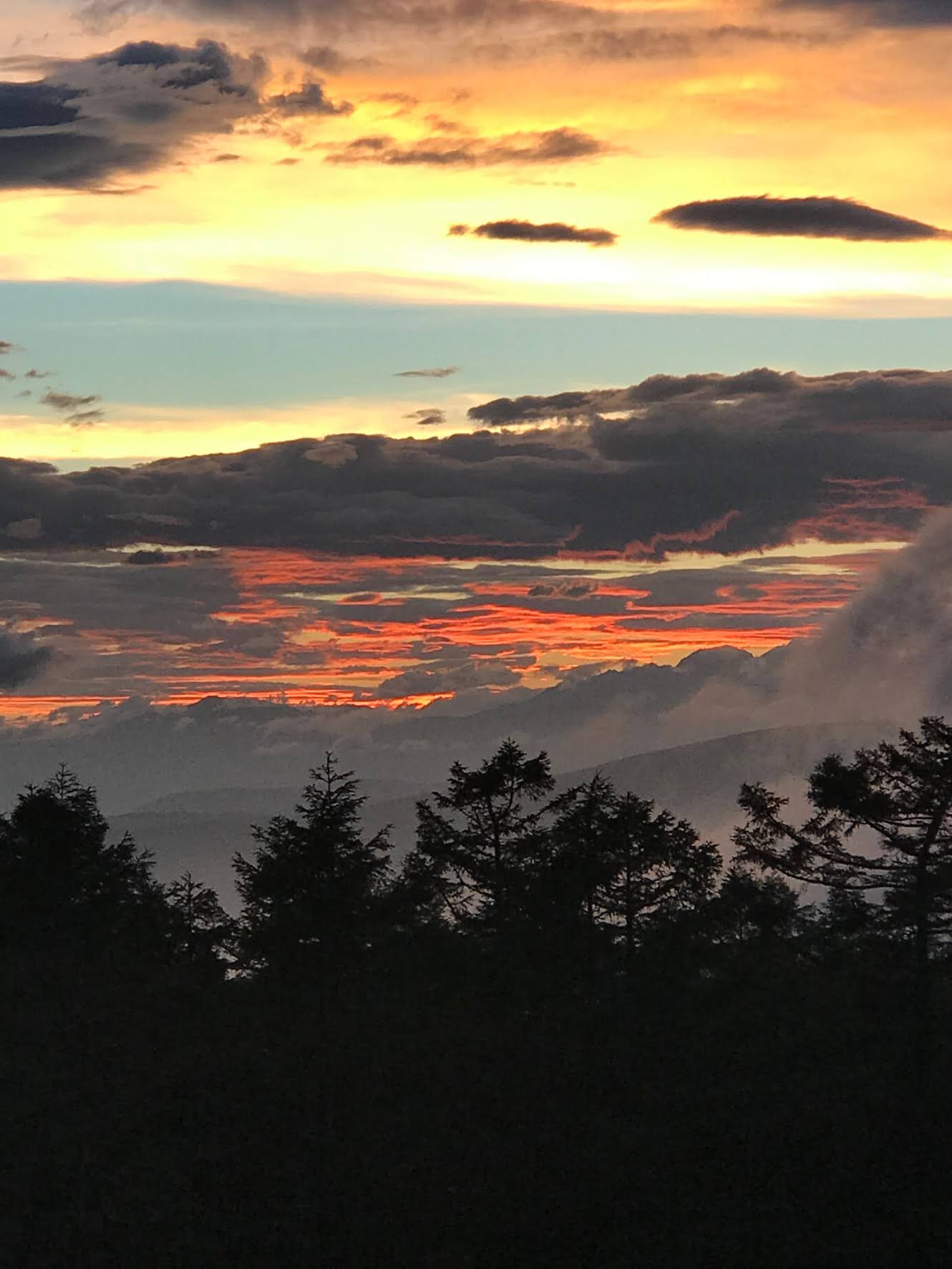 As I felt the arrival of autumn, I thought of my friends in far-off Europe.