HOME > Column > Does my body belong to me? 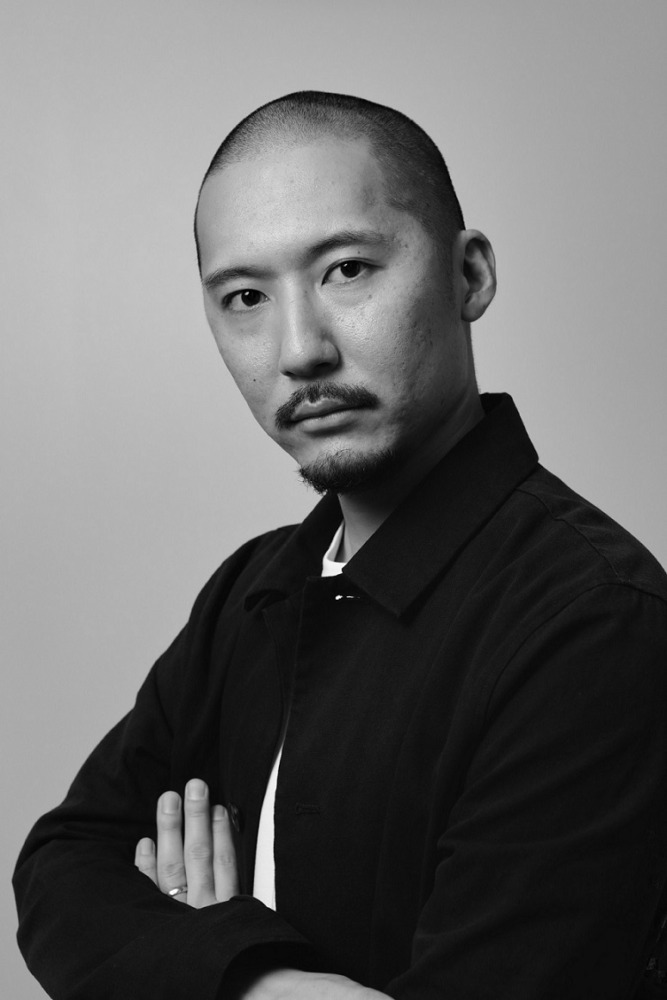 All three works, which had their world premieres on December 2021 at the Aichi Prefectural Art Theater, were based on the question, ‘Does my body belong to me?’ It came from a place of questioning the meaning of the body today.

The aging population continues to grow at an increasing rate. AI and other technologies continue to evolve at an astonishing pace. The advent of the COVID-19 pandemic has led to a dramatic shift in how we live. Facing change in today’s society, what value does the body – the locus of embodied expression for dancers – have?

One of the policies led by the Cabinet Office in the field of science and technology is the ‘Moonshot Research & Development Program’. According to the Cabinet Office’s website, this program ‘promotes high-risk, high-impact R&D aiming to achieve ambitious Moonshot Goals and solve issues facing future society such as super-aging populations and global warming’. (https://www.jst.go.jp/moonshot/en/about.html)

The first out of nine Moonshot Goals states, ‘Realization of a society in which human beings can be free from limitations of body, brain, space, and time by 2050’. As a concrete example, they describe, the ‘development of technologies and infrastructure that allow one person to operate more than 10 avatars for one task at the same speed and accuracy as one avatar by 2030’. In less than eight years, they are aiming to free us from our bodies. (https://www.jst.go.jp/moonshot/en/program/goal1/index.html)

Of course, as the policy name includes the word ‘moonshot (=launching a rocket to the moon)’, it connotes how ‘these are difficult to achieve but would be sensational if they were possible’. However, as a movement artist, I feel a great sense of crisis at the fact that society is moving in a direction that makes it seem as if our bodies are something we can live without.

I have been working as a choreographer after my career as a dancer. I underwent specific physical training to become a dancer and have travelled the world with my single body. My body is uniquely mine, and it is something that shapes my personality. It is ‘indispensable’, as it is my medium for expression. However, this may not be the case for many more people than I had imagined. The meaning of the body is being substantially challenged today. 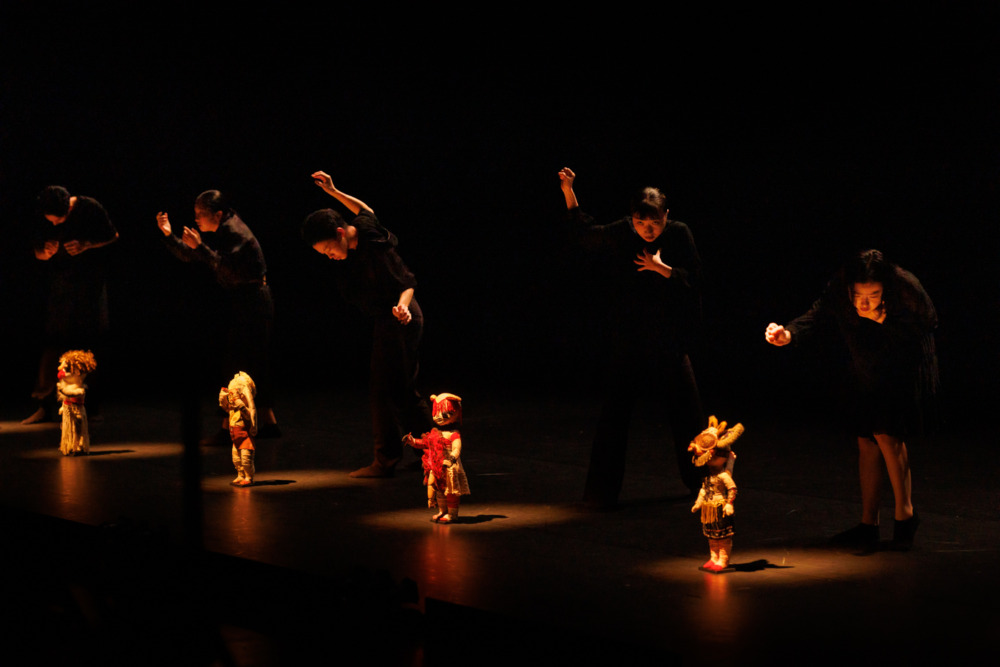 never thought it would and Proxy may symbolise the dancers’ anguish and joy amidst today’s society, where the ‘absence of the body’ prevails. I will continue to explore the theme ‘absence of the body’ in my future choreographic endeavours, precisely because of how the meaning of the body is under question in this modern world. I never want to let go of my fleshly body. I feel the urge to pursue the value of what can only be created there.

Moreover, if we do not need our own bodies, what about those of others?

I am a choreographer. This means that I am a human being who engages in a creative practice; especially of choreography, which is an asymmetrical act that uses other bodies as a medium. We, choreographers, must always be conscious of this asymmetrical relationship between the choreographer and the dancer. We must also recognize the fact that our works are built upon the bodies of others. In the studio during the creative process, choreographers always hold the reins of others’ bodies (whether consciously or not). This is a problem that should be acknowledged not only in dance-making environments, but also in various systems. In When will we ever learn?, we attempted to dramatize the way communication occurs through dance. The work expressed the asymmetrical relationships that are interwoven and formed like spider webs in contemporary society. 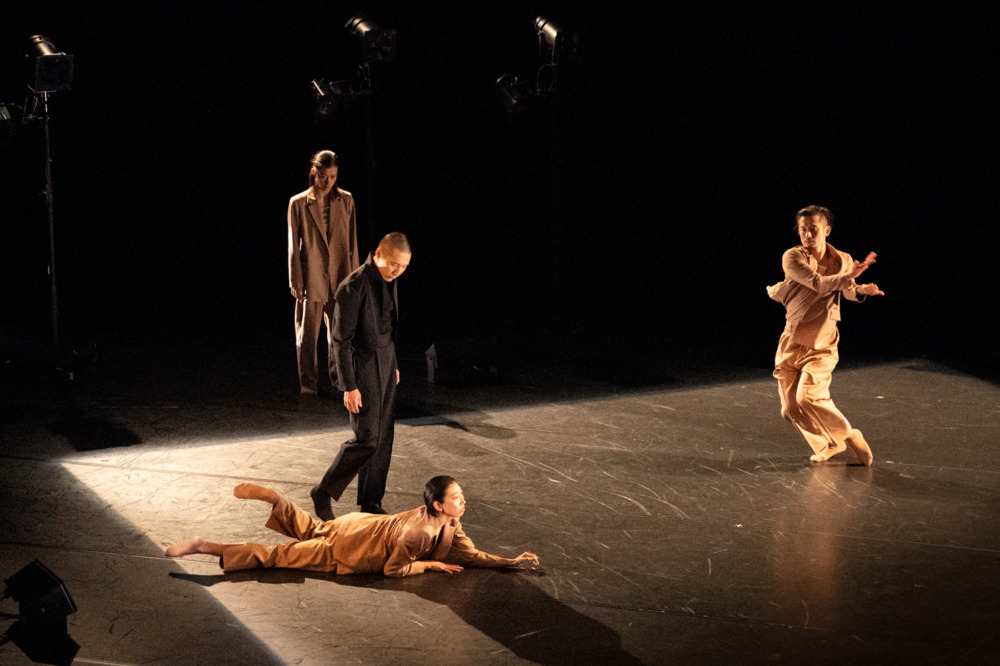 “When will we ever learn?” photograph by Dance Base Yokohama ©Naoshi HATORI

It is obvious that there is no such thing as a truly contrasting relationship in this world. At the same time, the way we communicate between human to human, system to system, and human to system is changing at an unparalleled speed. In such contemporary society, can we really call works ‘contemporary’ if the works were made via outdated processes that treat and consume dancers as if they were machines that can only dance the choreography forced upon them by the choreographer?

Not only the relationship with the dancers, but also the presence of others with various backgrounds is essential to making dance. My aim is to create a genuinely contemporary work and a creative environment in which everyone involved in the creative process, including staff members, can say ‘my body belongs to me’ when being part of the work. What’s lacking in Japan today is the eagerness to not only engage with contemporary themes, but also pursue contemporaneity in the process of generating work.

The same can be said about the environment surrounding staging performances. Observing the artistic environment for several years since my return to Japan, there is little enthusiasm to present existing works. No matter how much time and effort are put into the work, after a few performances, it is over.

The current state of the performing arts industry, where productions are repeatedly created and then discarded for consumption, is clearly unproductive. It runs opposite to the growing discourse on sustainability. I believe efforts to put more existing works on stage should be supported and encouraged from various perspectives. 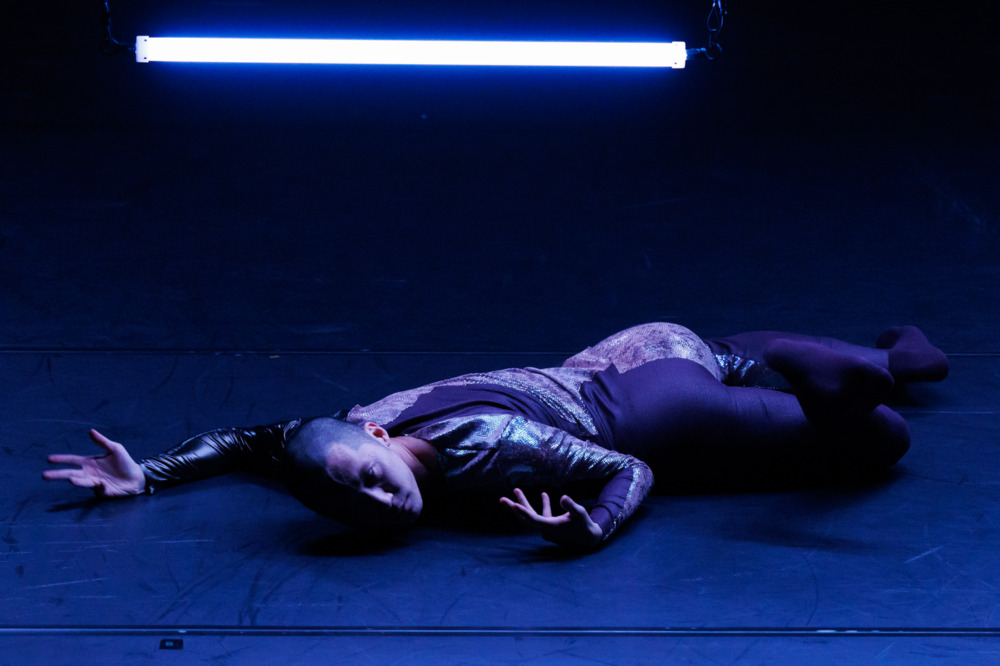 “never thought it would” photograph by Dance Base Yokohama ©Naoshi HATORI

Furthermore, at least in the works I have created so far, there has never been a piece that was complete by the time it was the premiere. There are many things that become clear only after the performance. Works need to be revised. The process of refining work by performing in various places and cultural spheres and being witnessed by diverse audiences is ought to be essential. In Japan, however, the work must be finished to a certain standard by its first performance. Can we really call the current situation contemporary, where we prioritise new work and emphasise on producing many works one after another rather than nurturing a single work?

Do not consume your own body. Do not consume other people’s bodies. And do not consume works. In order to do this, we need a ‘mottainai spirit (=the idea that something is too good to waste)’ that recognizes and cherishes the value of what is already there. The word ‘mottainai’ is said to be derived from a Buddhist term. The word ‘mottainai’ was originally written as ‘im-material’ and means ‘a form of a thing does not exist’. It means that all things are connected to each other, and nothing exists alone in this world. We, as well as our dance works, are made of so many different elements. Our bodies are one part of them. The bodies are also in flux, constantly replacing the old with the new, and will one day disappear. We will be without form. Mottainai is used to when we treat things with little respect and invalidate them, even though everything is connected.

The same term can be used for our own bodies, others, and creative works.

Isn’t contemporary dance the practice of archiving the ephemeral embodied memories of the present with our bodies, transforming them into works through our bodies, and sharing them with other bodies (=others)? 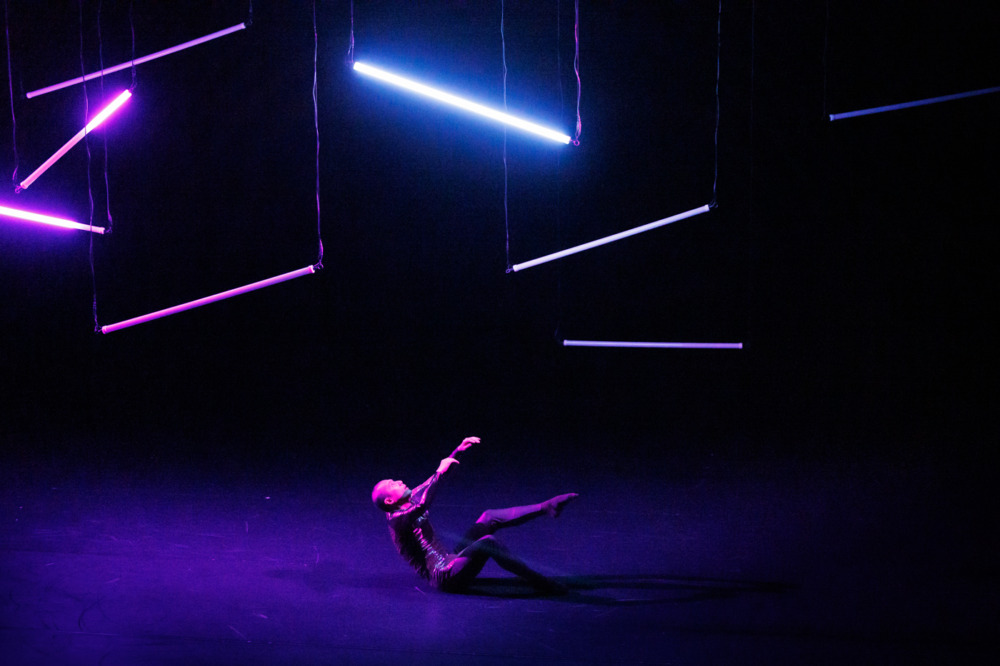 “never thought it would” photograph by Dance Base Yokohama ©Naoshi HATORI