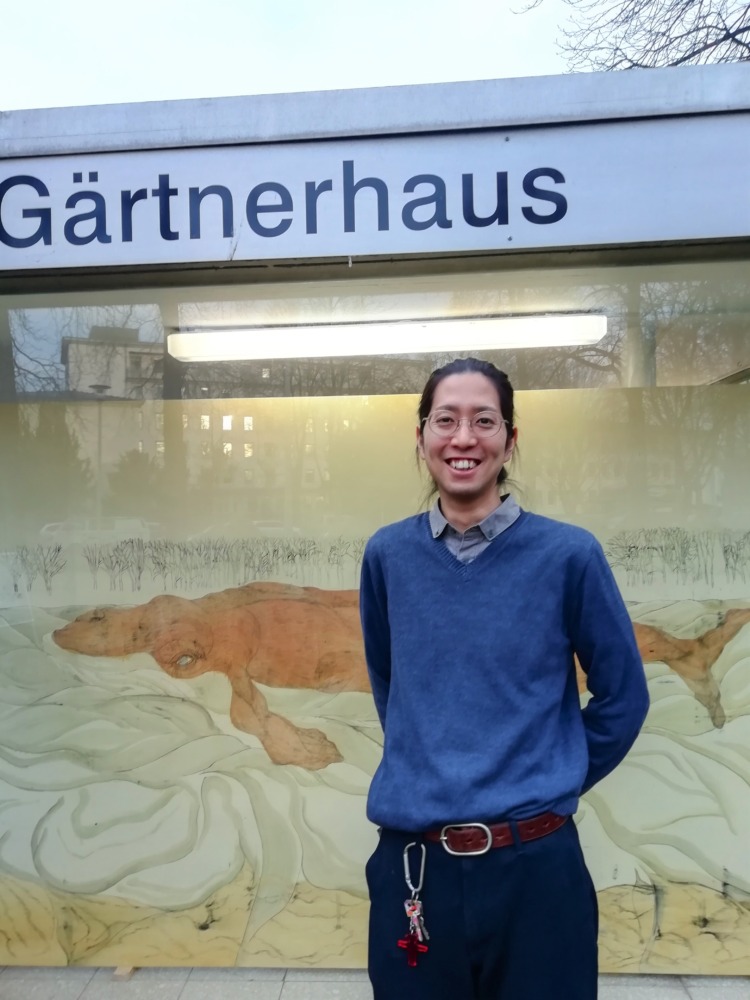 In November 2021, three years after taking up residence in Germany, I staged a solo exhibition titled “Orange und Schwarz” at a history museum in Alfter, the municipality where I currently live.

At this exhibition, I presented works on the theme of “the winter sun in Alfter.” I began working on these pieces in January 2020, but as the date of the exhibition was put back repeatedly due to the COVID-19 pandemic, I ended up finishing and rethinking them numerous times.

In 2021 I continued to move from place to place as I participated in various residencies and exhibitions, beginning with Altenburg in May and including Hamburg and Kiel in July–September. My experiences at the two residencies I describe below gave me the opportunity to realize that something in, not things extraordinary, but the everyday, inspires me. 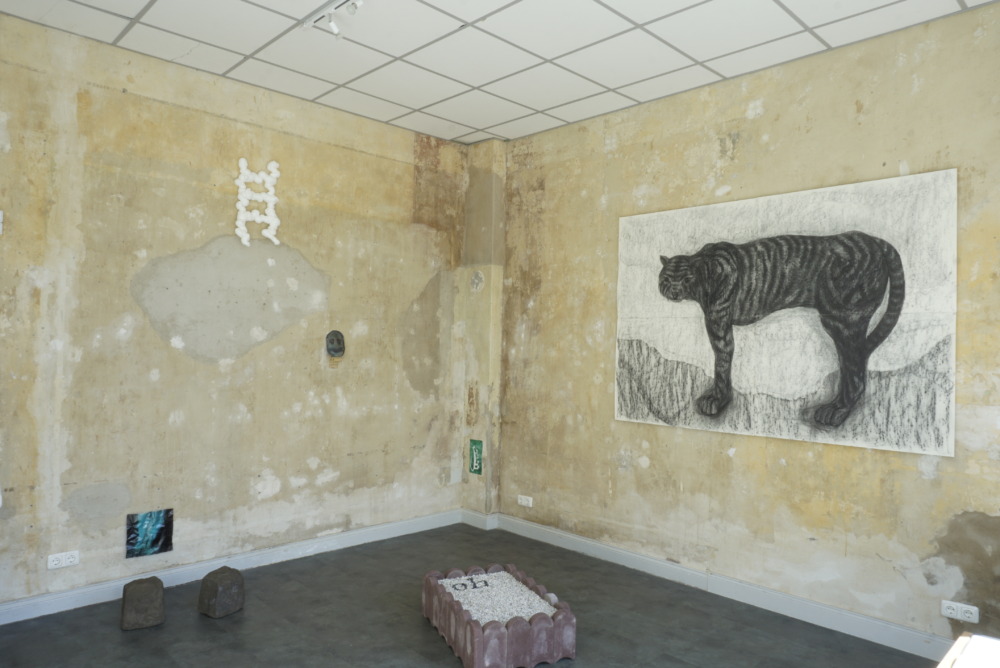 Over the one-month period from May 20 to June 20, I took part in an art project at a former casino complex in the center of Altenburg, a city in eastern Germany.

As a part of this project, I presented interim work twice during the residency and the outcome of my efforts on the final day. Having to put on a small show every week was stressful, but at the same time it was also good motivation.

The casino where the residency took place had long been a favorite gathering place, but it was converted from a casino into a restaurant and then closed two years ago.

The people who came to see the exhibitions seemed to enjoy entering the casino for the first time in a while, and they shared some of their memories of that period. A middle-aged man who worked there as a cook came with his grandchild, and told me there used to be a lot of wine stored in a cellar and a special wine elevator. Another man told me there used to be a bar behind a secret door. As a result of these and other conversations with local residents, the changes the casino went through over time accumulated inside of me as new discoveries.

During the initial period of my residency in Altenburg, I thought about the history of East Germany, and about the incongruous situation in which almost all the large, beautiful buildings in the historic city were empty. I vaguely thought about what I could do there, and also about what I should not do. However, after speaking to the local residents, I began to think that my relationship with the casino itself paralleled the broader relationship between my current self and Altenburg. The presence of my friends who organized this project was an important factor in this, as they had built a relationship of trust with the local residents in advance. The weekly presentations of my work also served as a pretext for me to speak to the locals without any reservations. The exhibitions were at once places of interaction and opportunities to reconsider my own finished artworks. 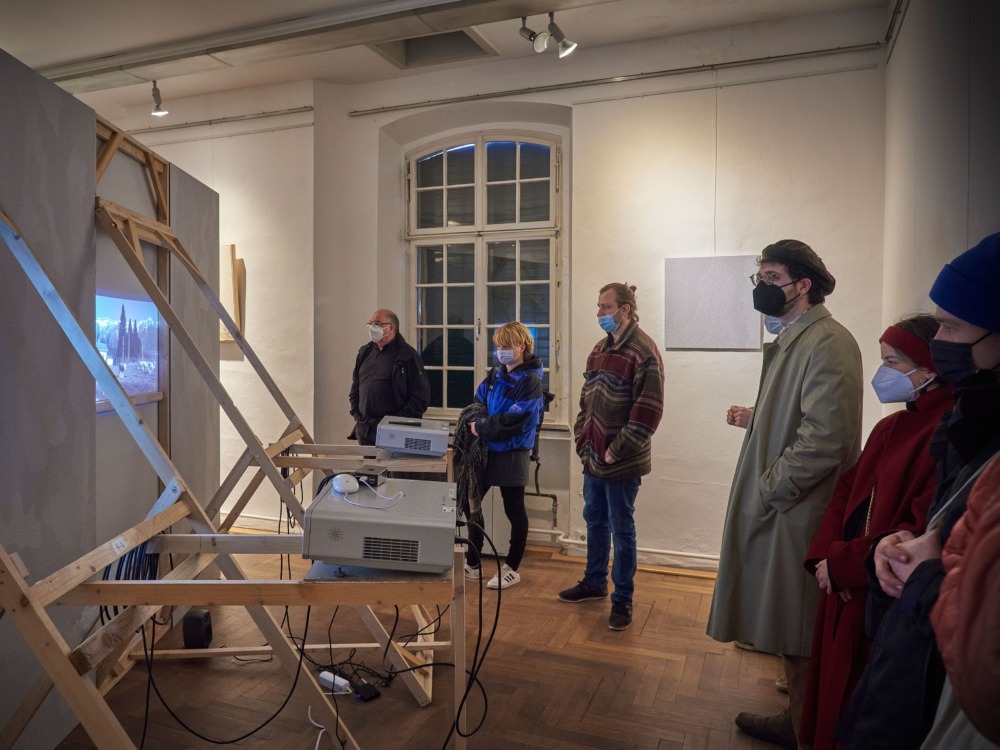 In Hamburg I was invited to participate in a group exhibition titled “Abstecher,” while in Kiel I was asked to take part in a two-person show titled “Meanwhile” organized by Gallarycube+.
My residency in Hamburg lasted 10 days and overlapped with my residency in Kiel. During this time I traveled back and forth between Kiel and Hamburg, staying for brief periods in each city. In total, I stayed in Kiel for around two months. One could say I was able to engage in my work there for a quite generous amount of time. In both cities I could really concentrate on my art practice, but looking back, I felt I had little interaction with the local residents. I felt I had to consider the reasons why this was so.

The truth is I am usually shy in front of strangers, but strangely enough I feel that in the presence of my own artwork I become not shy. I think this is because my artworks represent my honest opinions and thoughts. As well, presenting my work enables me to clarify my own positions. This made me realize that for me, presenting my artworks is the start of my involvement with the people in a place, which is to say it is the start of my “involvement” with that place in a real sense.

The amount of time I spent making works for the residency in Altenburg and the solo exhibition at Alfter was completely different, but one thing they had in common is that even after presenting the works once, I continued to be involved with the local residents, thought again about the same themes and presented the works again. This requires time, a relationship of trust and patience. 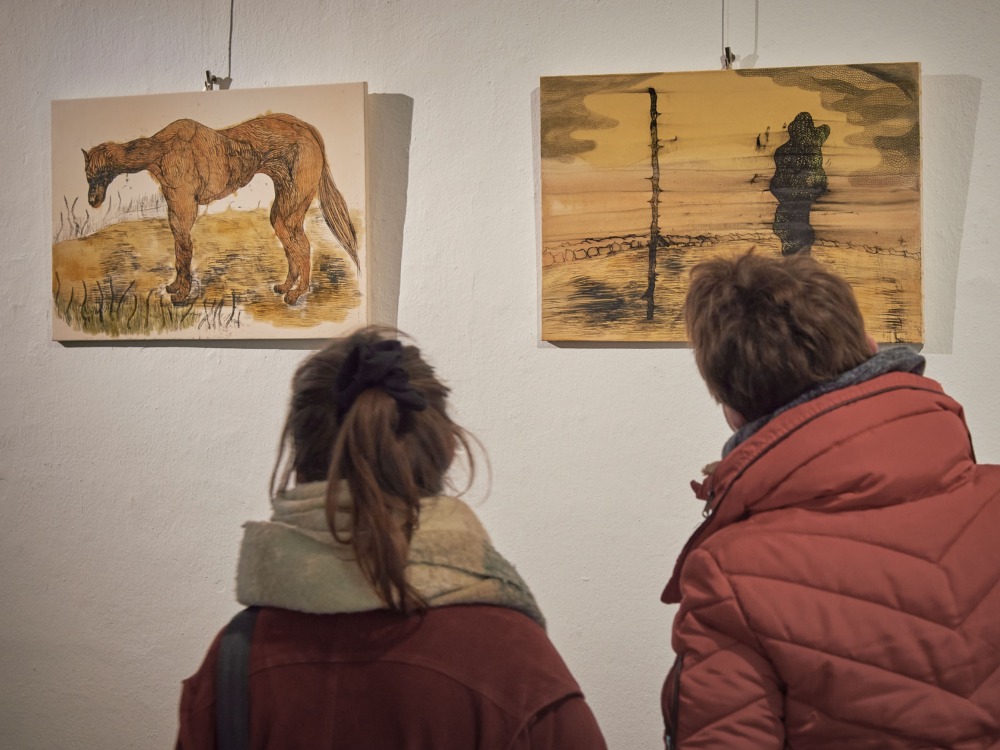 Persistently developing artworks on the same theme is not something special for an artist, but for me this experience made me realize the extent to which until then I had been relying on new, stimulating information. As well, I was able to experience personally how connecting with a place and thinking about it carefully a number of times through finished artworks, as opposed to ending a relationship with a place after a single encounter, changes the way one views and thinks about a place, and by extension changes the form of one’s works.

My experiences in Altenburg, Hamburg and Kiel changed the very way that I relate to places. Three years after moving to Germany, the everyday life that was once so special is gradually becoming ordinary. Which is why I feel so strongly that I want to listen to the voices of the “places” created by the land, trees, ocean and buildings before my eyes and by the people who live amid them, and to faithfully respond to and express as forms the ideas I can grasp from these voices.