HOME > Column > The departure of my boat as a “whale,” a journey to a faraway shore

[Vol.244] The departure of my boat as a “whale,” a journey to a faraway shore 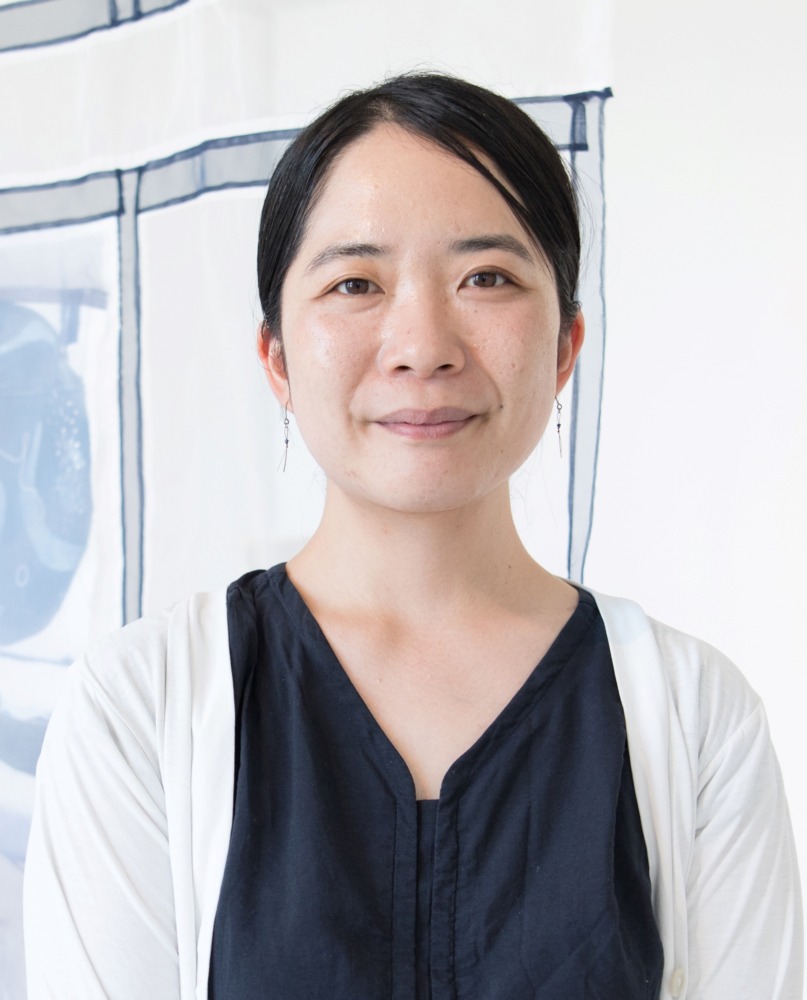 The year 2021 began as exciting but unstable days for me. I had a plan to go to Oslo, Norway for 1 year from March 2021. The plan was part of my continuing project of artistic research and creation with whale themes in Japan and abroad. I had received my temporary resident permit, had a housing contract, and was looking forward to traveling to Norway. However, the entry regulations in Norway got stricter and there was no prospect of traveling. I had to move out from my previous resident in Sendai City, Miyagi. Thus, I started to live in Sapporo City, Hokkaido temporarily. Six months later, my travel plan to Norway had to be canceled. I decided to move to Tomakomai City of Hokkaido in the autumn of 2021. My major project in Norway had to be canceled for 2021, but I started to think about ways to be creative through my situation. I decided to focus on the theme of “how whale bones create certain sceneries” in Hokkaido, the theme I had had in my mind for some years. I aimed to search whale-related stories that can be shared with a common feeling overseas.

Traveling around the world was much more difficult long ago when people depended on marine transportations. A chart called “Carta marina” was used in the Nordic countries in the 16th century. Strange creatures such as sea snakes larger than ships, sharp-toothed whales, and giant crayfish were depicted in such charts. The sea was the world of the unknown. Nobody had seen such creatures, so people imagined from stories and legends told by sailors and travelers. Imagination was the power to see the world broadly.

Throughout history, securing resources is an important incentive for people to travel across the ocean and around the world. Whaling, which used to involve countries all over the world, was a good example. As whaling ships from various countries concentrated in areas where whale populations were high and supplies were sufficient, various aspects of different cultures were transmitted. I often encounter the remnants of the networks of whaling ships at seaside towns of Japan. “Whale bone shrine gates (torii)” are symbolic. Such shrine gates are made of a pair of whale jawbones or ribs. Whale bone shrine gates began to appear in locations related to Japanese whaling since 1900. It is said that such gates were introduced to Japan by Norwegians who were involved in whaling. 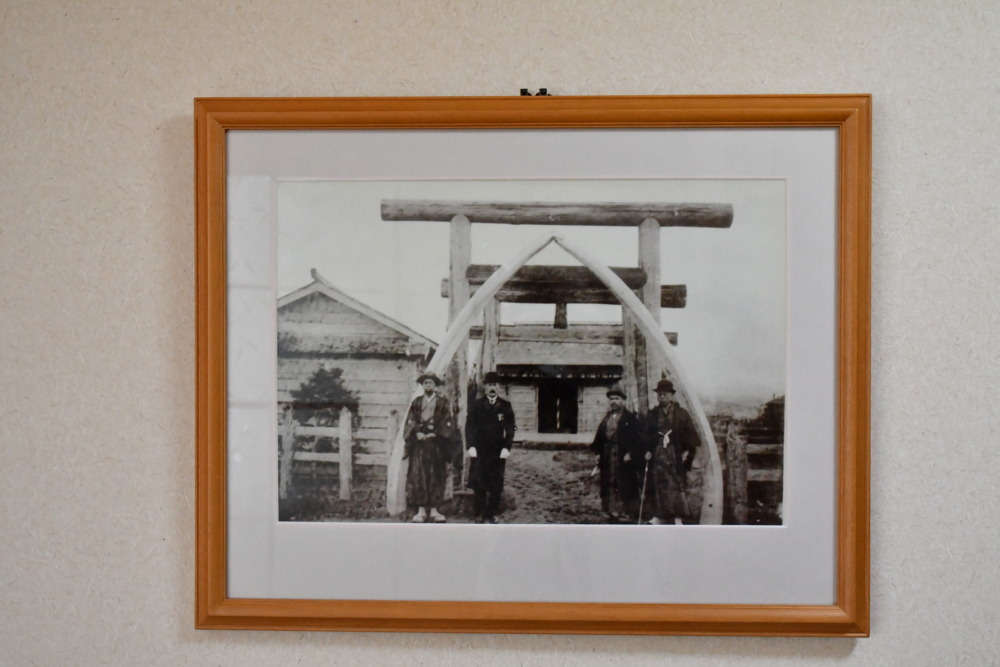 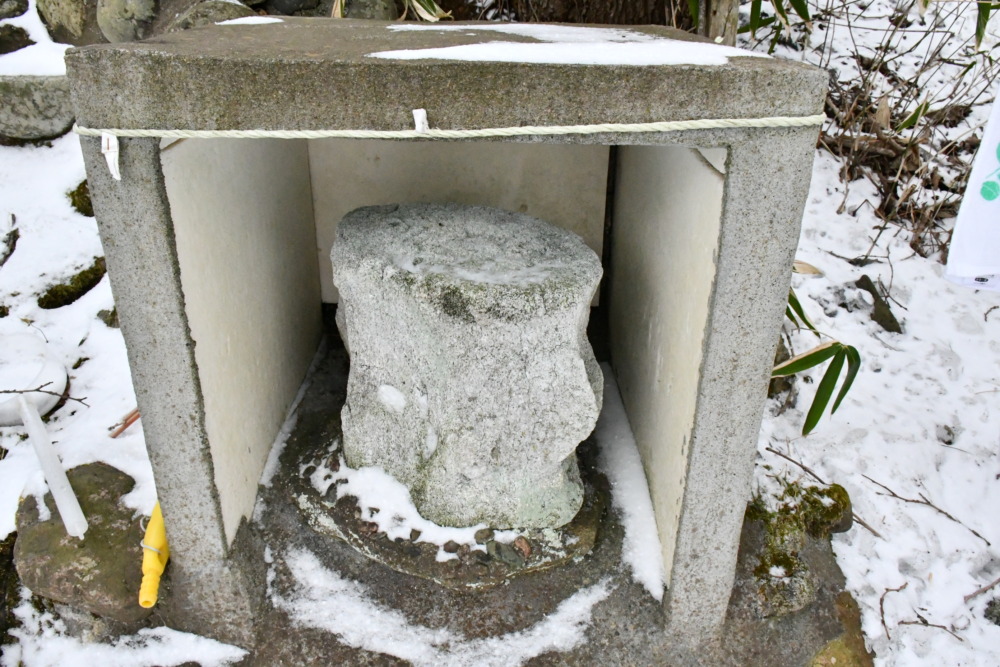 Interestingly, at another shrine in Noboribetsu City called “Washibetsu Jinja,” a whale bone is worshiped as a type of god. Long ago, a whale stranded on the shore accidentally became food for people and brought wealth to the region. The worshipping of whale bone tells a different type of relationship between humans and whales than that of commercial whaling. The whale bone I saw at the shrine seemed to be a vertebra (backbone), and the surface was nearly collapsing. I wondered how many people in the area would remember the story of worshipping the whale bone. Also in Tomakomai of Hokkaido and communities along the Sanriku coast of northeast Japan, whale bones are worshiped for becoming food and as a lucky object to bring good catch. In these areas, sardine fishing used to be popular, and fishermen believed whales would bring sardines to them and thus “lucky.”

Through studying remnants of whale bones, I find layers of memories of each region. My excitement for imagining the story of each whale bone leads me to faraway shores beyond the land of Japan, to the ocean where people have traveled by ships throughout history. If I try to tell the stories of the shore where I live now, whales will act as “boats” and lead me to the boundless ocean. With the imagination in my mind, I have been working on writing and creating. 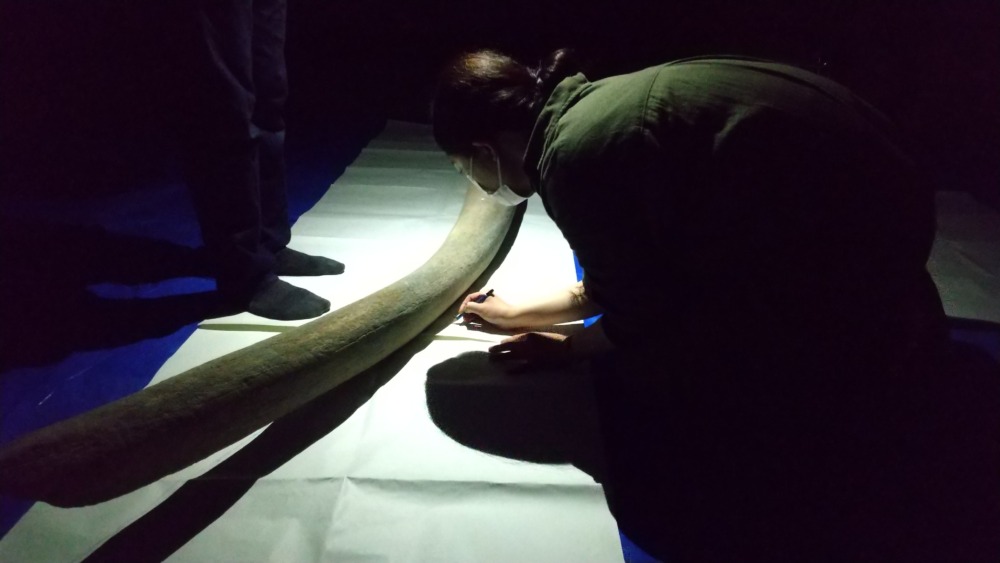 Tracing the shadow of a whale bone (Tomakomai City Museum)

Tomakomai City Art Museum owns whale bones of about 6,000 years ago. I trace the shadows of the old bones, drawing the outlines. I produce many cyanotype fabrics, printing what I find at the beach including plants, pebbles, driftwoods, fishnets, and ropes. The shapes of the objects emerge on the blue-colored fabric with the sunlight. I cut the blue fabric and patchwork them into the shape of the whale bones. The patchwork begins to look like a boat. 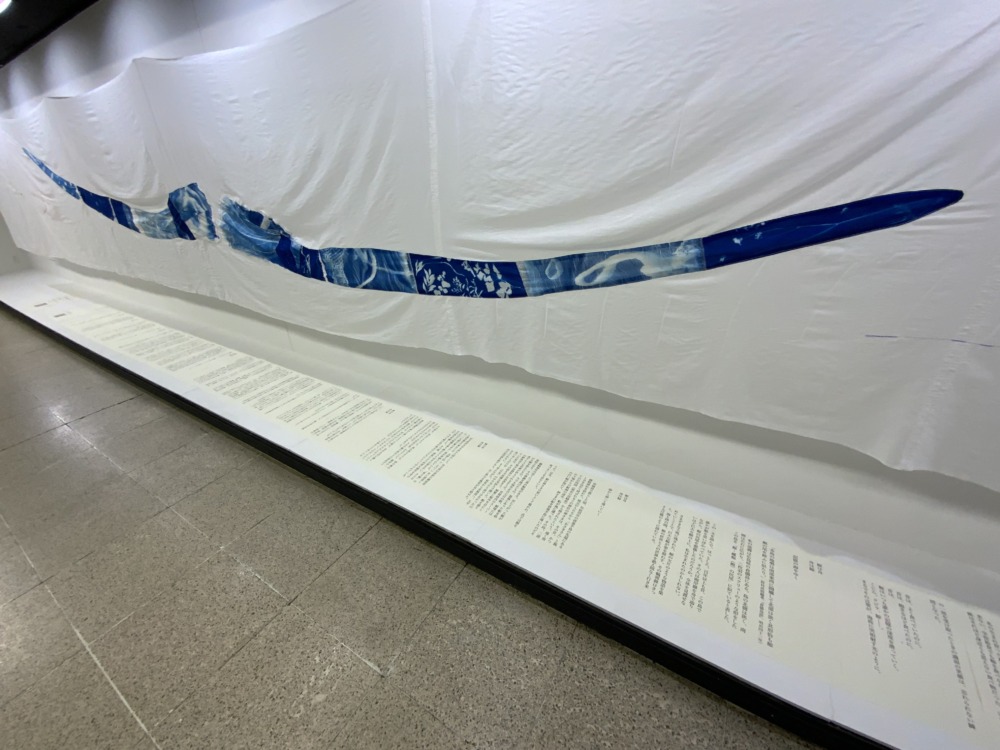 I have been continuously publishing a series of booklets titled “Ordinary Whales” since 2016. I visit various places relating to whales and dolphins both in Japan and overseas and interview people about their experiences and memories with whales and dolphins. I write essays and poems based on the fieldwork in Japanese and English and create embroidery works. My books include both my writings and images of my embroidery works. The COVID-19 pandemic has changed the way people interact with each other. In years of difficulty, I have kept creating books as my style of expression, with my strong interest in the possibility of publications. My travel from 2021 to 2022 in Hokkaido made me realize how Japan and Norway had been connected by whales. I aim to make an online publication about my recent travel and creation. The publication is planned to be sent out to the world in March 2022. It will lead me to a new journey of whales, and to the oceans that I haven’t seen yet. 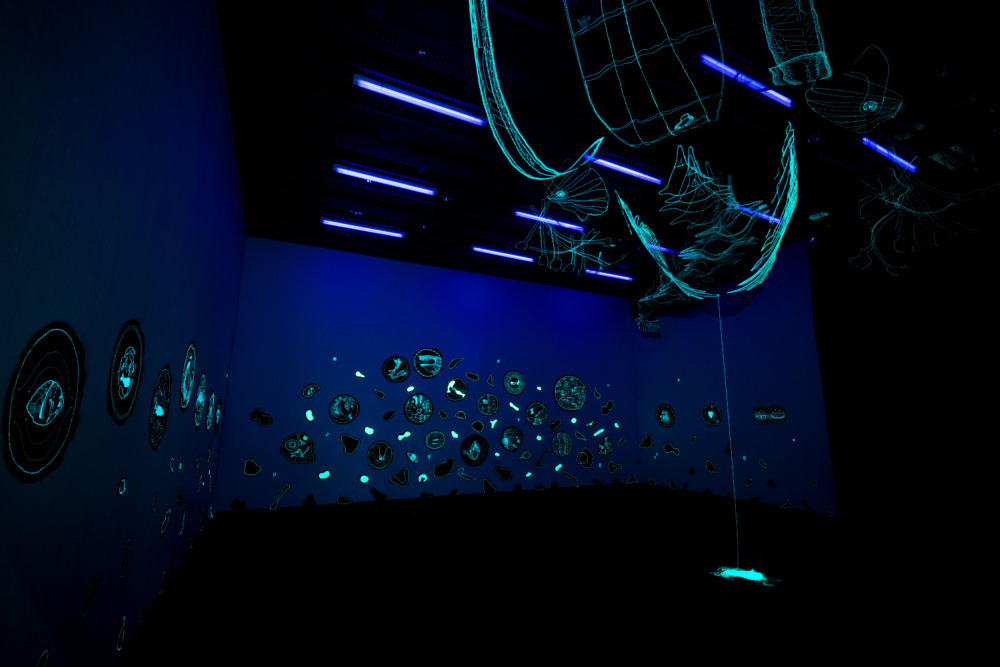