[Vol.249] Dance as a means of connecting with city and society 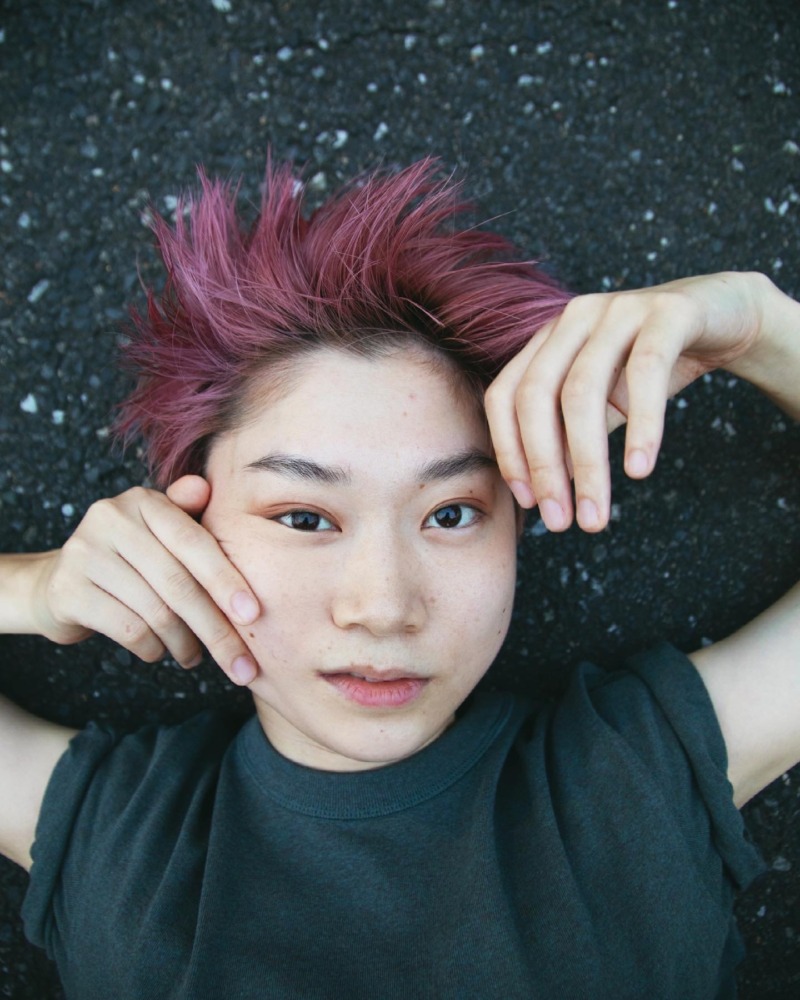 What is dance, and what does it mean to be “good/bad” at dance? I’ve long been interested in these questions. To being with, what do the words “dance” and “dancer” actually refer to?

For me, dance means first of all that the heart is dancing, which in turn affects the body’s movements. And I think anyone performing this activity can be called a dancer, irrespective of their training background. I firmly believe that no technique is required. If I were to mention one necessary technical thing, it would probably be an honest and brave attitude that enabled the heart’s dancing, including its fluctuations and instabilities, to be reflected in the body. It is this way of thinking that inspired me to begin creating works with “dancers” irrespective of their technique or training background, or rather with no technique or training.

In the case of Pan, presented at Spiral Hall in September 2021, four of the eight performers, or half of the cast, were models. None had dance training. The themes of the work were “connection with the city” and “community in society.” I began by sharing with the cast the concept behind the performance and the results of my research, then I had them talk about their own experiences that this brought to mind. Where was each performer positioned in their life? In what direction were they facing? For what reasons did they need expression? Based on these and other questions, I created a frame of reference for each individual cast member and gave them a role as a vehicle to carry the work’s message. So that they were not being made to dance, but were instead able to move their bodies as if speaking with their own voices. These were the words we always returned to together in the rehearsal studio. If anyone felt that what they were doing was not their own voice, we would search for that individual’s voice together by discussing it as a group and trying out different things by moving our bodies. Rehearsals were a repetition of this process. During this period, we often read material on Pina Bausch to guide us. 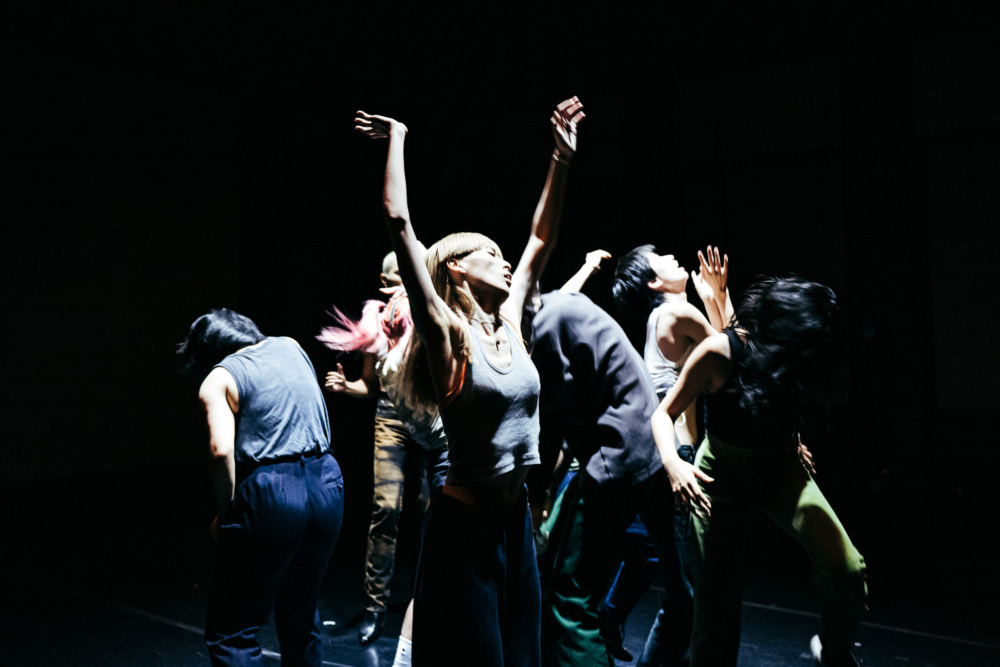 Regarding the performance overall, I tried to ensure the work was contiguous with the real world. That the city could be seen beyond the stage. People belonging to a minority seeking somewhere that is not here, and the establishment monitoring and suppressing them. Even within this minority community that was thought to be safe there gradually appear rifts. Because the structure of society itself promotes discrimination, forsakes the weak and is collapsing. Unsupported by technique, contemporary young people with real bodies with elements that are somehow unstable give form to this before our very eyes.

The following month, October, I was given the opportunity to present this production of Pan again as part of the Dance Showcase program of Dance New Air 2020 -> 21. I was also in charge of curating the program itself, and was able to cast it in a way that addressed head-on the question “What is dance?” AOITUKI, consisting of Aoi Yamada and Tuki Takamura, who phantasmagorically turn childlike solo play, voices and texts into dance. Composer and futozao shamisen player Yae Yamamichi and dancer Megumi Abe, who take as their subject matter Japanese classical works, which they restructure and weave into the present using Chikamatsu Monzaemon-like collage techniques. Mash Shimizu, for whom playing the piano, wearing clothes and dancing are all expressions of the same unique aesthetic. For each of these artists, the definition of dance is so bewilderingly different that the more one watches, the less sure one becomes of what dance and dancers are. The theme for the curation was “a statement of intent for the future.” By a strange coincidence, the performances took place on October 30, the day before the House of Representatives election. 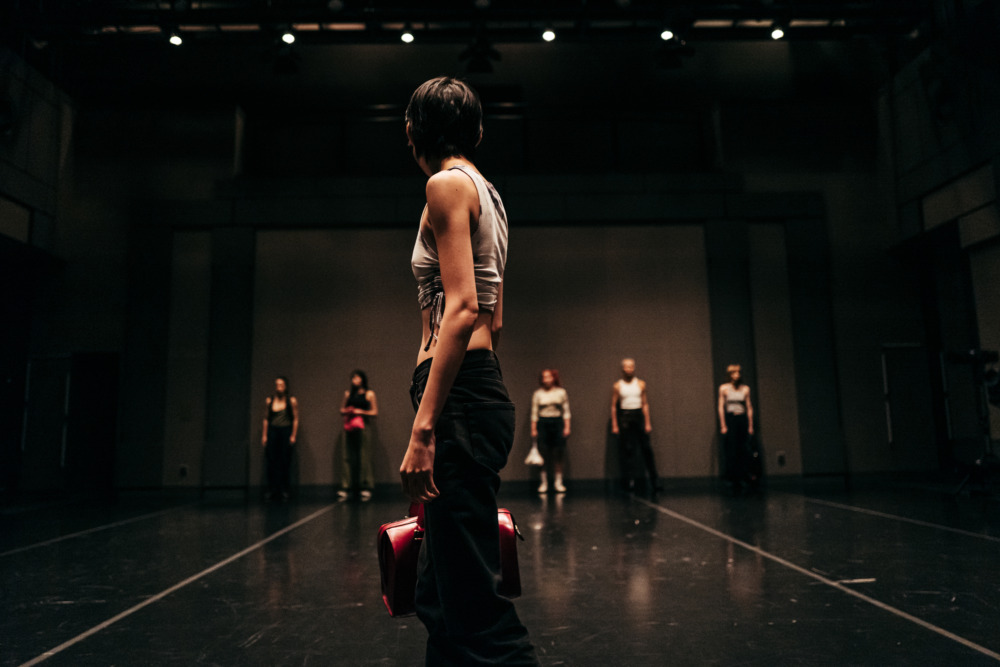 For me, being able to present this showcase and stage Pan again as part of it was incredibly meaningful. How can we connect dance with society? How can we open it up from a restricted place to somewhere more spacious? And how can we care for our own voices as valuable things? To have been given a space where artists with various backgrounds and audiences could think about these questions together and share their responses was a truly wonderful experience.

In December, ENIGMA, a collaboration between myself and composer and futozao shamisen player Yae Yamamichi, was performed at the large studio at KAAT. We began planning this as a filmic work to be presented in January 2022, but after we were given the opportunity to stage it live, it turned into something completely different. The theme is “governance.” Taking as its basis namazu-e (catfish prints), woodblock prints that depict the Japanese legend according to which ōnamazu (giant catfish) were said to cause earthquakes by thrashing around beneath the earth while also contributing to the reconstruction effort by causing gold coins to scatter around the affected areas, ENIGMA revolved around the behavior of a government that acted as if it were playing a part in its own play with its own script and the reaction of the people who welcomed it. 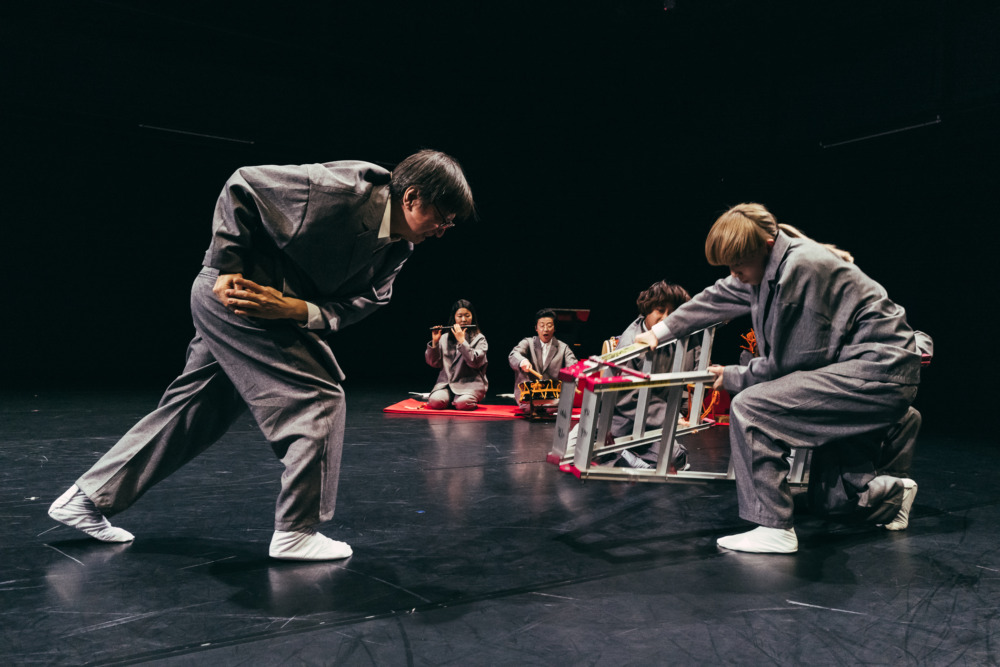 ENIGMA was performed by a cast of ten made up of three dancers, a photographer, a Gidayu-joruri reciter, a futozao-shamisen player, a fue player, and a hayashi ensemble.

When I thought about what joruri actually was, I decided that essentially it had the same function as contemporary “live broadcasts” or “journalism.” Based on this, we came up with a plan that involved a Gidayu reciter, who is initially in a safe place with the hayashi players, being dragged onto the stage as a participant and set up on a pedestal, putting himself forward as a candidate and spending his last days as a powerful figure. And as a symbol of the media who record such events and sometimes present them in a distorted way, we had a photographer move around the stage and actually take photos during the performances.

During the period in 2021 covering the production of Pan and ENIGMA, I was able to reaffirm that what I want to deal with is “people’s courage.” The important thing is not to assess one’s technique in terms of good or bad, but to take responsibility and raise one’s own voice. First one needs to make the heart dance. What I really want to see, and the reason I create artworks, is a person’s courage to try to change something. To use this courage to connect with society. To bring city and theater together. In order to get even closer to this goal, I want to continue pursuing borderless activities that span multiple expressive genres and countries. 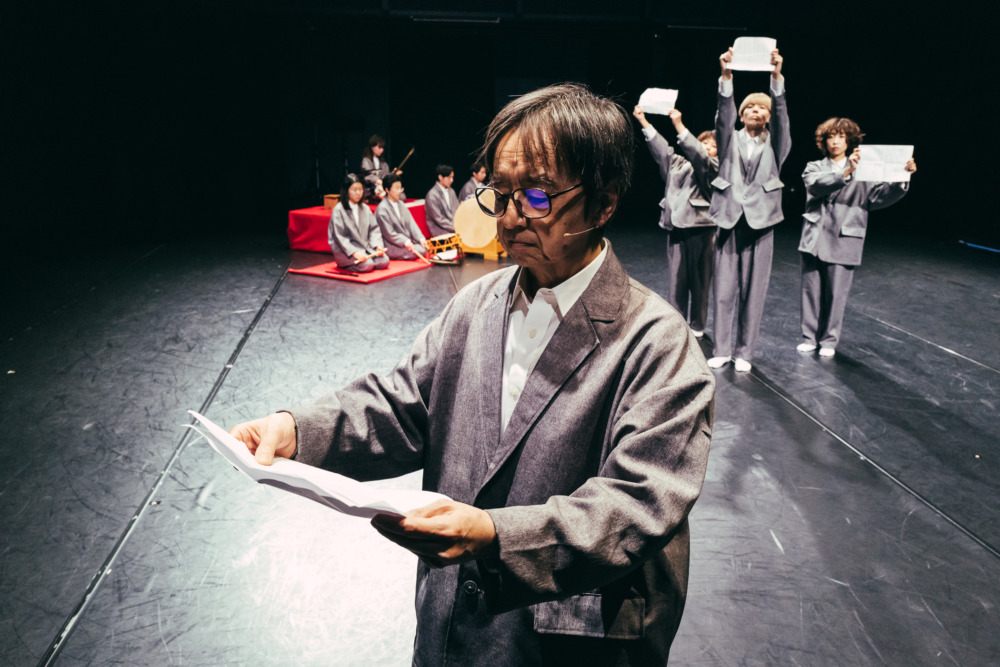