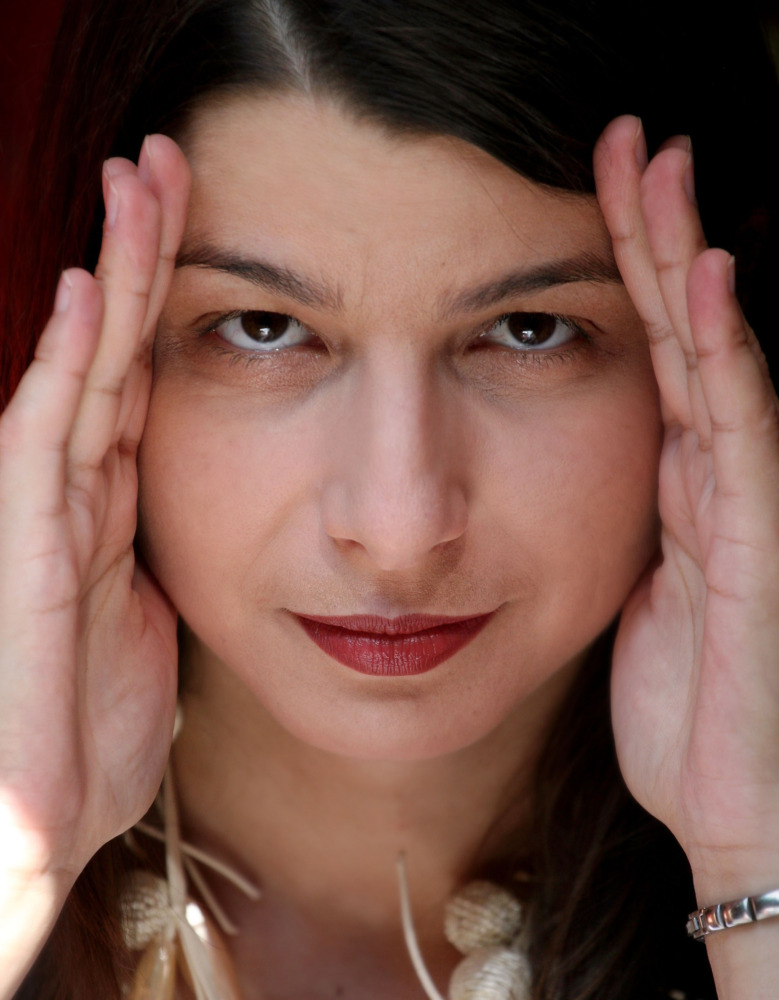 In times of physical distance, caused by the pandemic, art and design have the potential to unite people despite the isolation.

As one of the key events of PLOVDIV-ECoC 2019, our project “+7 HOURS” was a profound, fruitful creative collaboration between Japanese and Bulgarian designers and artists. The initial exhibition “+7 HOURS”, consisting of authentic Japanese kimonos, their contemporary interpretations into conceptual fashion made by Bulgarian designers and Japanese students of BUNKA Fashion University and the film featuring actress Irmena Chichikova, shot by Japanese artists together with their Bulgarian colleagues and with the music of a Japanese musician, was presented in the official programme of PLOVDIV – ECoC 2019 with focus on Japanese culture. Both the award-winning conceptual fashion design garments and the fashion film “+7 HOURS” are a true Bulgarian-Japanese collaboration, based on a cultural encounter and a great exchange between professionals. A big part of the film has been shot in Tokyo. Some of the most important credits in the film belong to Japanese artists: Ayako Kobayashi and Roy Mizuno (camera, video) and Ohshi Uemoto (music composer). Four Japanese fashion design students from BUNKA University in Tokyo: Mai Sudo, Miki Ogu, Ryuga Kawabe, Yucheng Zhou were part of the designers´ team. 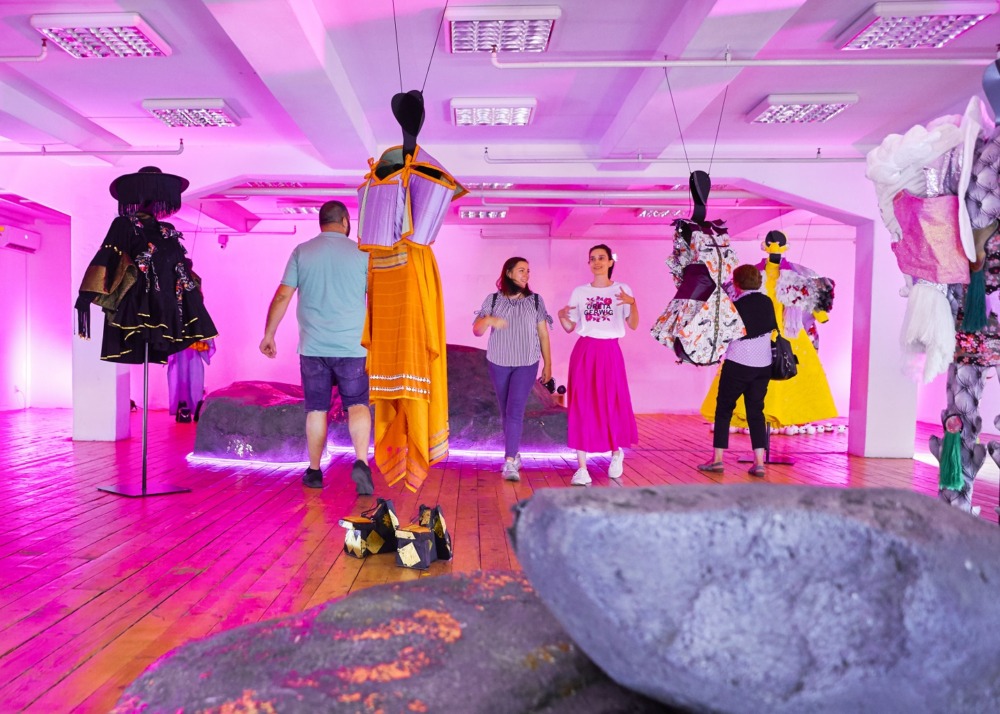 Over the past two years, the main problems in reaching our target groups were related to the lack of or insufficient funding and the limited amount of funds that could be applied for under various programs. As our projects often involve international participants and/or are invited to visit exhibitions and festivals in countries on other continents (Japan, South Africa), we could mainly count on financial support from companies – private sponsors or foreign institutions. Unfortunately, in the current situation caused by the global pandemic, a number of private sponsors have withdrawn from supporting artistic projects due to reduced marketing budgets. The positive side is the activation of state institutions and the increase of the budget of crucial institutions such as the Ministry of Culture. Limited travel makes it impossible to physically present a project or exhibition.

The solution was creating a mobile application, featuring the 3-D-digitalized exhibition objects: the conceptual designers´ garments.

The first steps of the digitalization process of the 20 fashion garments, part of the collection, started with a photoshoot where for each model we took pictures from eight different positions capturing all the details of the clothes from different angles. After that, the backgrounds of the original pictures were carefully removed and made transparent. Then the sequence of images for each model was transformed into a looped video in order to achieve a 360 degrees overview. 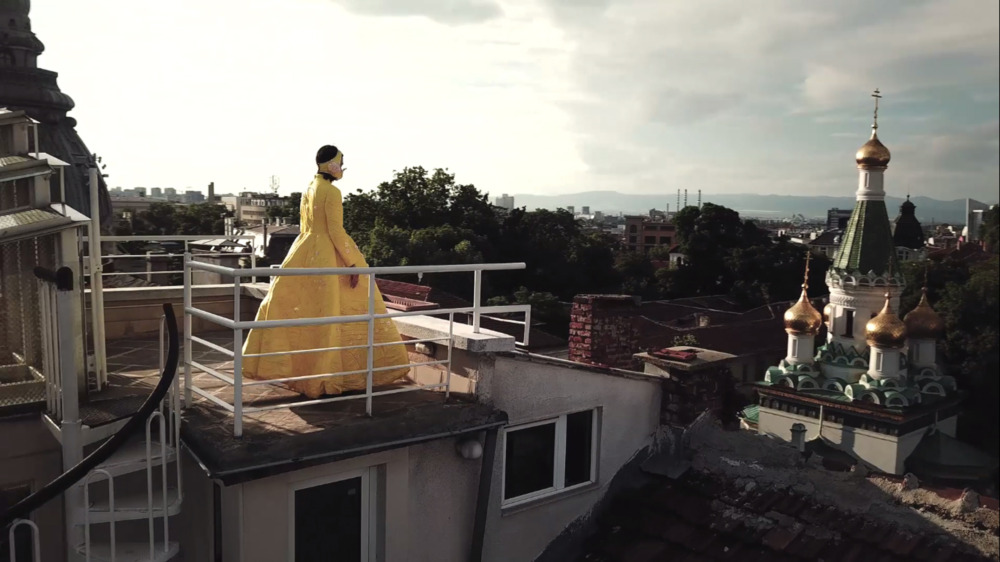 For the mobile application, we used the videos of the models which we superimposed on the live camera feed of the user’s phone. The visualization of a model on the screen is triggered by a QR code-type sign placed in the physical space of a gallery or around the city.

During this process, we met different challenges related to questions on how to best represent in high detail the complex, haute couture structure and character of the garments as well as preserving their vivid energy alive in the new, digitalized body.

We demonstrated the function of the mobile app through a video, showcasing our actress Irmena Chichikova, creating via a tablet her digital “alter ego” at different outdoor locations in the city of Sofia (https://vimeo.com/577545617). 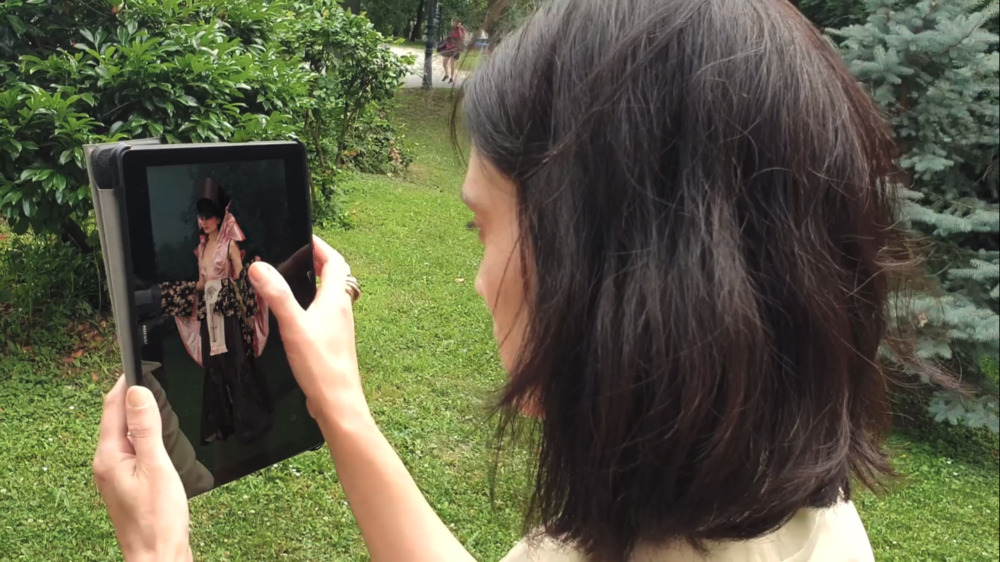 Through the digitalization of the exhibition works and the development of the mobile application, we gained an additional international audience, independent from physical limits and communicating in the visual language of contemporary technologies.

By being able to show the objects of the exhibition without their real presence, but in their 3-D-versions, the physical boundaries were overcome and the way our conceptual fashion art is perceived and consumed was transformed and reached new dimensions.

The future plans for this project include the presentation of the mobile application in a special outdoor site-specific concept in Plovdiv, ECoC 2019, and its implementation in a big scale exhibition with the original fashion designers´ objects and the film at the exhibition hall of BUNKA Fashion University Tokyo.

As Bulgarian artists, collaborating with international colleagues, we succeeded in upgrading our previous experience and competence with new approaches, knowledge and skills, taking advantage of digital methodologies. By giving our project international visibility in this way, we will be able to reach new contacts, new partnerships, as well as attract new talents locally and internationally to participate in our creative endeavours. 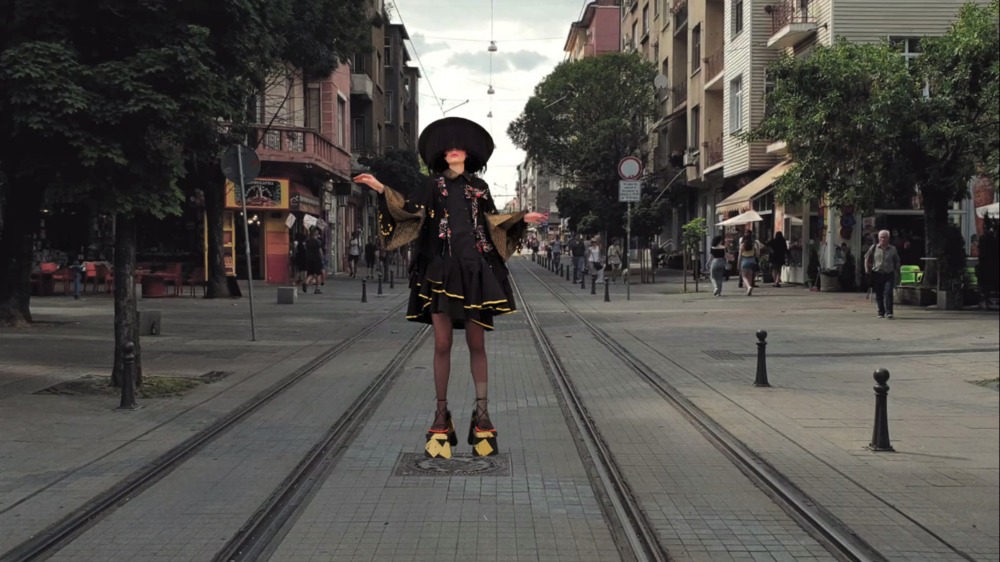