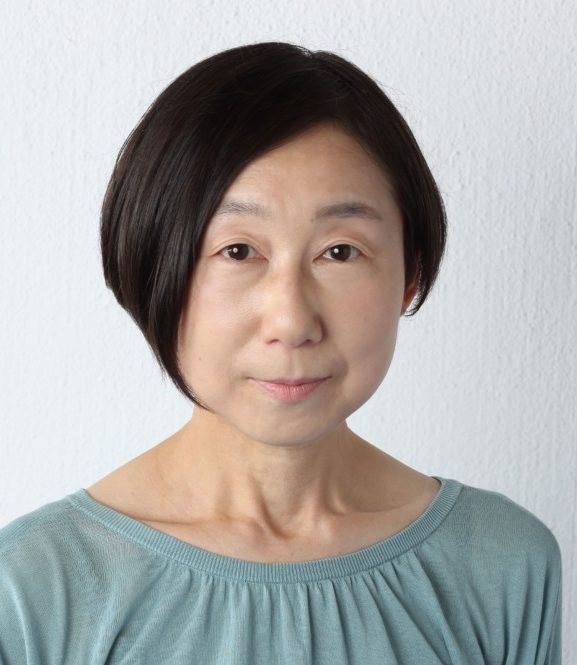 “MMFS2020” (Talks and Lives) Festival, originally conceived to experimentally seek the potential of “Festival and Sound lives only by online”, turned to be “online with physical space(DOMMUNE studio)”, as DOMMUNE decided to reopen the studio door to public, after three months of streaming without audience. We positively utilized the new situation “Online Festival extends to physical space for the ﬁrst time in history” to seek the possibility of both(online and physical spaces) and connect them. The ﬁrst live (secret remote live in train) was streamed after the ﬁrst talk and activated second discussions. Four lives in later part of the festival was very unique in each, including plural remote spaces and physical space, additionally with diﬀerent layer of spaces by inserting remote space to virtual space, showing the live for two smart phones. The festival brought a strong impact to the audience both in studio and online, with many positive tweets. 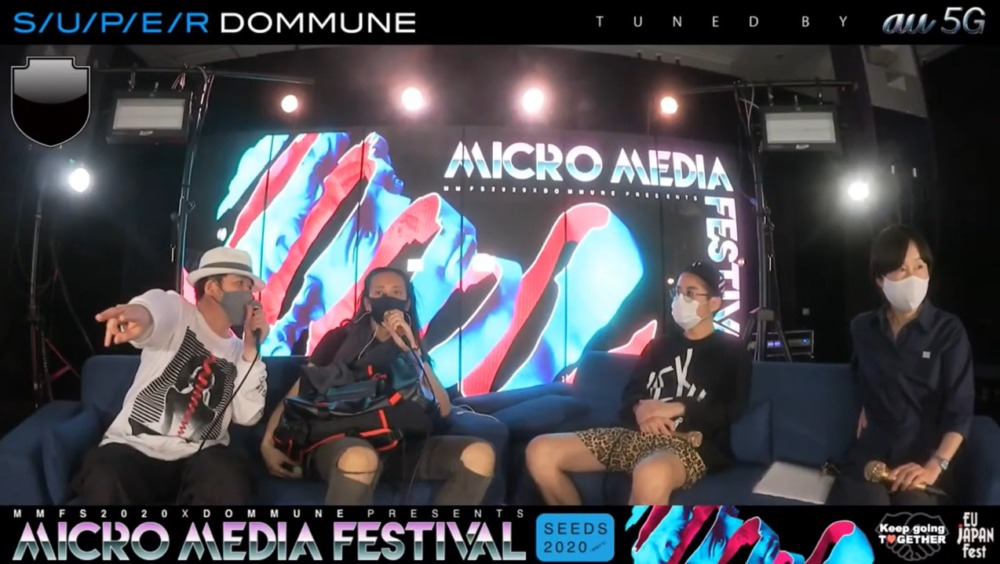 At the beginning of the event we had “black out” several times, caused by strong lights specially prepared for the live (streaming was continued). Fuyuki Yamakawa’s secret online live under his mask in Yamanote Line train caused unusual response by viewers. Yamakawa continued his live from Shibuya station to the DOMMUNE studio to join the second talk. His appearance at the studio, connecting online to physical space, was a sensational moment and it triggered discussions on the new dimension of online lives. Additionally to the impact of physical space, we found the “dimension of realtime for both in studio and online audience” as a shared, raw, special experience. 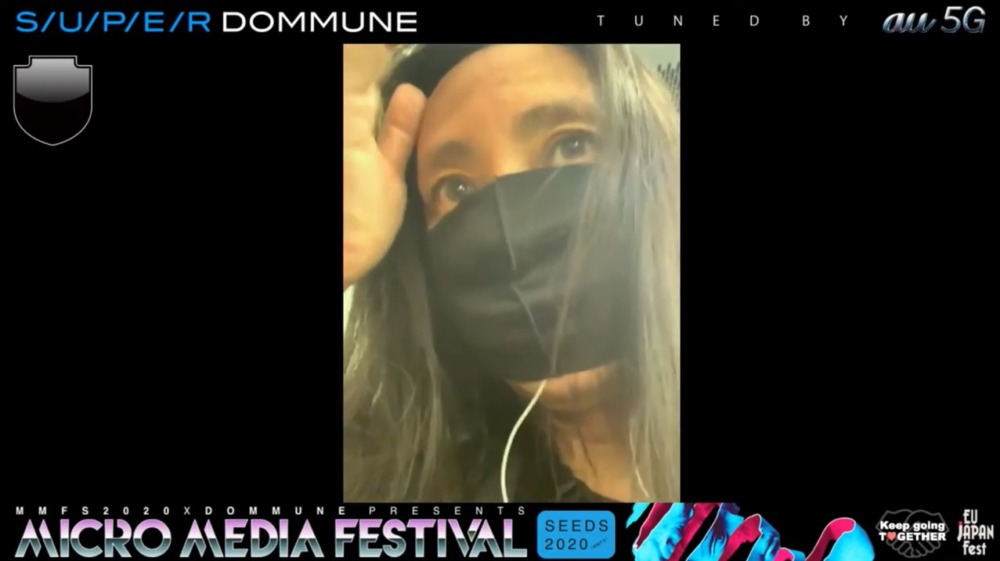 Q3. Utilization and Development of Online Activities for Forthcoming Activities

MMFS2020 realized various kinds of experiments in talks and lives by connecting studio and plural online spaces including virtual space, smart phones. Fuyuki Yamakawa’s secret live from train-ride, via street to his appearance to the studio created the ground-breaking situation of connecting online and physical space. Shojiki (Muku Kobayashi + Mitsuru Tokisato) produced the default “stage” of their performance virtually by seamlessly connecting two locations each resides, and further extended their stage into the virtual space, smart phones in parallel. We clearly noticed that for those to have keep watched the festival realtime, either in the studio or online, eagerly shared “Realtime-ness”, that cannot be shared by archive viewers. Based on this experience, we would like to seek the possibility of “realtime-ness” in the future online events. 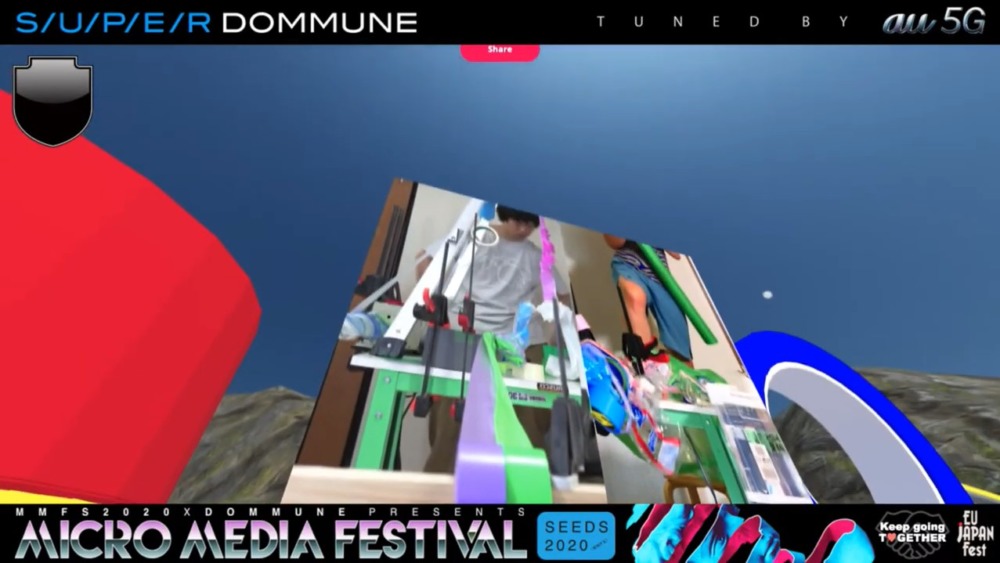 ●Contents: One night festival to seek possibility of online festival and sound lives in the era of Post-pandemic @ DOMMUNE.COM

●Device to get a reaction from the audience:  Hashtag, chatting on the DOMMUNE.COM, YouTube Super Chat, retweet (DOMMUNE.COM, artists and performers)