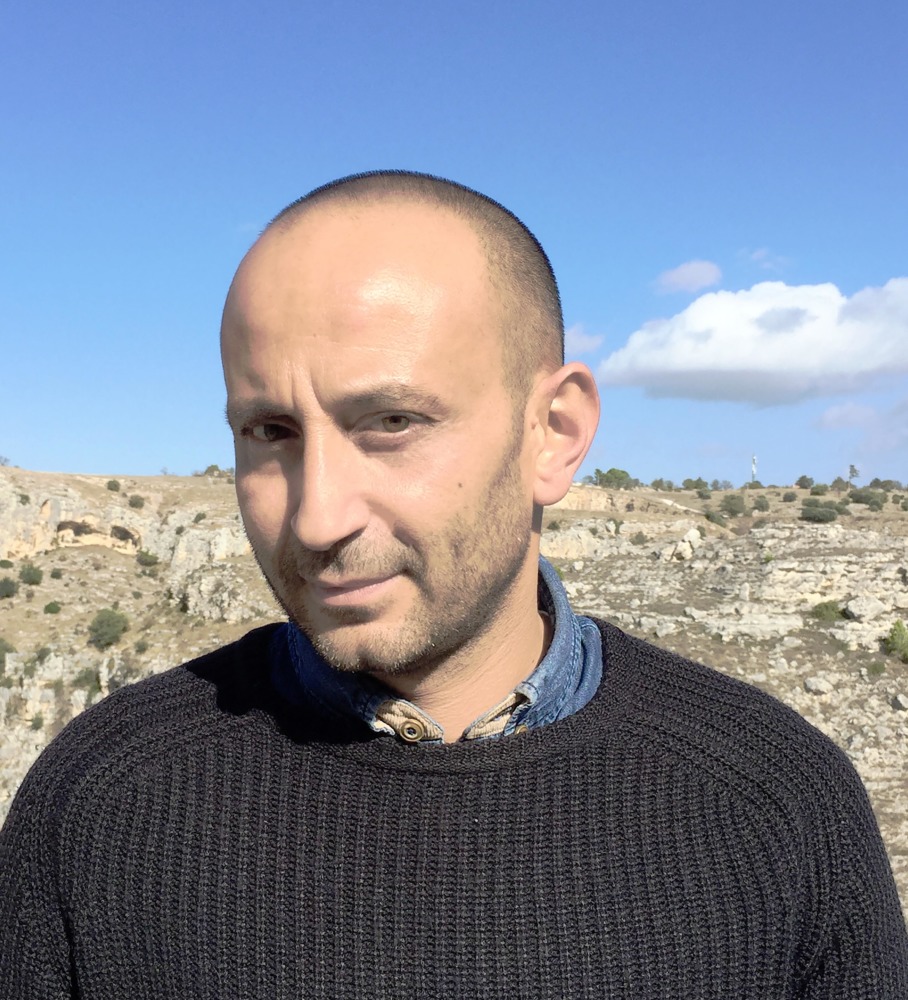 “Upside Down Sky” project is a site-specific commission and was conceived within the collaboration between Matera 2019 and Japanese artist Takashi Kuribayashi.

Kuribayashi’s first visit to Matera dates to the autumn of 2018. In preparation for our collaboration during the year of Matera European Capital of Culture, the artist was invited to Matera to carry out site visits to scout the best locations to host his works.

During his stay, he was shown a variety of venues, comprising caves, churches, and ancient palaces. He was stricken by the peculiarity of the buildings in the Sassi area, where many houses have rooms carved in the stony bedrock of the hill. These rooms typically have a low ceiling and very little light, creating a somber, solemn atmosphere.

Kuribayashi was inspired by this visit to create an original, site-specific artistic installation for Matera. His original concept depicted a tree, entirely made of small glass-paste letters, arranged to compose a text. The tree would be lighted up from the inside so that the shadows of the letters would be projected on the walls of the room.

Building this artwork was a long process. The first step was to find a suitable text to reproduce in the artwork. The text was to be about Matera and written in Italian. After some research, we decided the best course of action was to write a new text. Consequently, we contacted a local writer, Edoardo Delle Donne, explained the story of the project, and asked him to write down a few verses for us:

Only the impossible is worth the effort 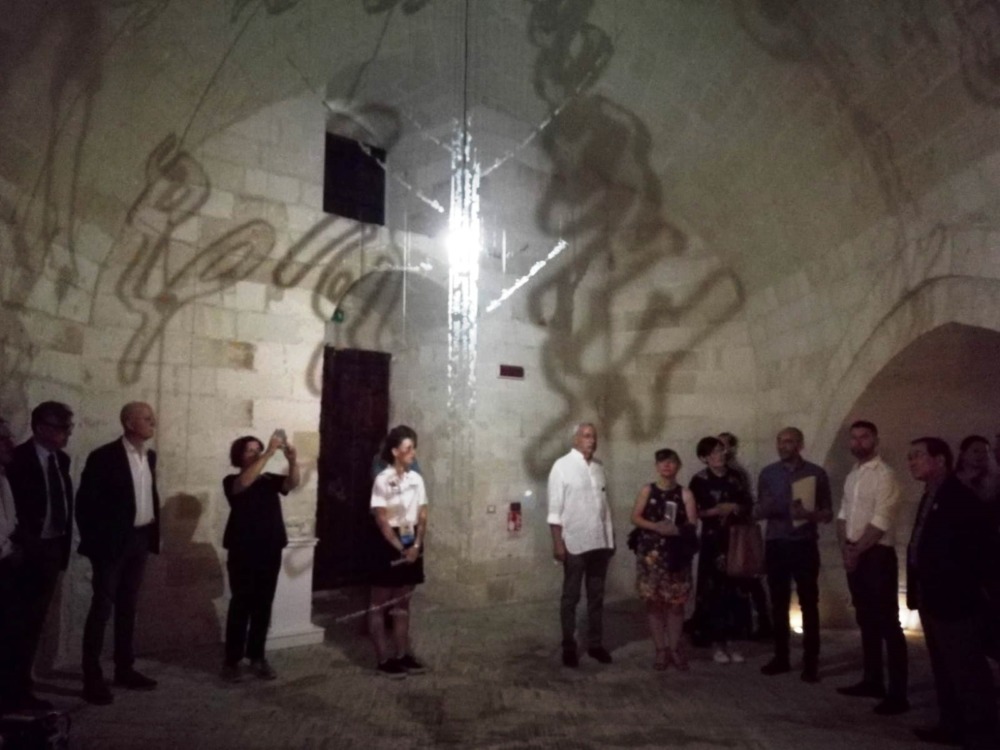 The earth sleeps in your arms like a heart / You’re like the sweet taste of water on your lips / With your meanders of silence, wonders and shadows / You are the core and the sprout, the dark crack on the earth / You are pride, desire and risk, a consuming passion / You are the measure, shape and mould of our existence / Matera, my city, your essence flows like water / when, as night falls, the earth gives birth to a new bloom/Now you can change history. You are history.

Takashi Kuribayashi took this text and carved it in hundreds of glass-paste letters, not bigger than 4 cm. The letters were prepared by an artisan in Indonesia, so they had to be transported to Italy in bags and boxes before we started the installation.

Developing this new work was a complicated process because our team was dialoguing with Takashi who was in Indonesia. We had to find the right location, adjust the specifics of the artwork, prepare the paperwork, all working long distances and with a considerable time difference. However, this hard work of strong collaboration paid off.

We had decided to host two of his works, “Entrances” and “Upside Down Sky”. The same taskforce who put together “Entrances” then went on working on the new artwork. The magnificent glass letters were arranged on a large cotton sheet on the ground, so they could be put in the right order.

In this phase, writer Edoardo Delle Donne joined the team. The letters were linked together through a metal wire and disposed of in long strips which reproduced part of the text; the strips were later arranged in the form of a tree, complete with roots and branches. 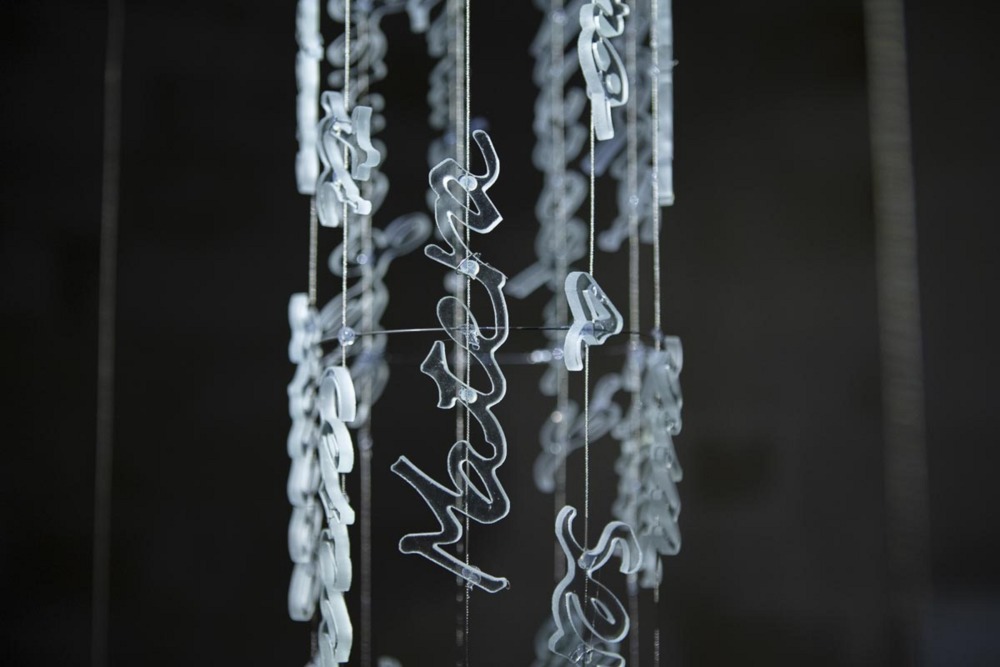 After several days of working non-stop, the final piece was mounted, and we turned off the light to see the final result. The room went dark except for the bright light at the core of the artwork and the walls were decorated with translucent words, the atmosphere surreal and almost mystical.

The artwork was presented to the audience the following day, and it attracted many people, both tourists, and cultural operators.

This project was very important for Matera 2019. First of all, we had the chance to see Takashi Kuribayashi at work on completely new artwork and be part of his creative process. Beyond that, “Upside Down Sky” is dear to us because it was developed specifically for Matera, and it represents the link we forged with Japan during these years. After the exhibition, the installation will be donated to the city and remain in Matera permanently, as a symbol of friendship between our countries and as a reminder of the fact that art, culture, and beauty connect people beyond the limitations of time and distance.