HOME > Column > The World of Shadows Created by Hands

[Vol.272] The World of Shadows Created by Hands 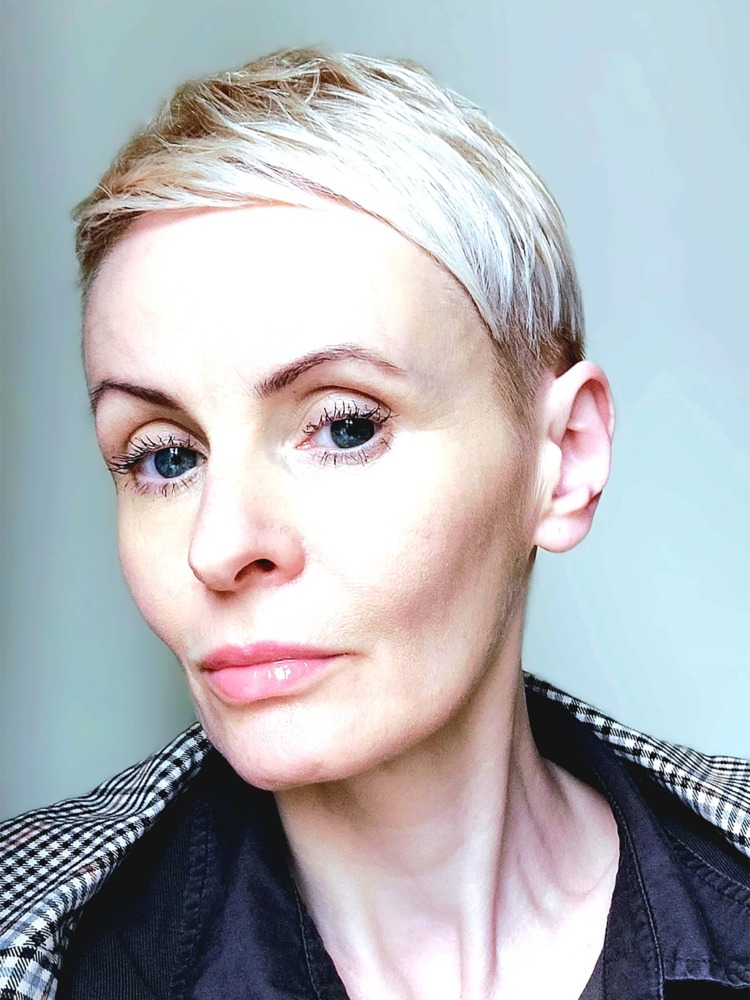 Coordinator of Public Relations and Projects

This spring, after the seven-year break, International Puppet Theatre Festival (organized by Kaunas State Puppet Theatre (Lithuania)) KAUNAS PUPPET 22 was held for the twenty-second time. One of the most interesting highlights of the program was the performance “Animare” of the Japanese hand shadow theatre KAKASHIZA, wich revealed what different animals and objects can be created with such simple measures. 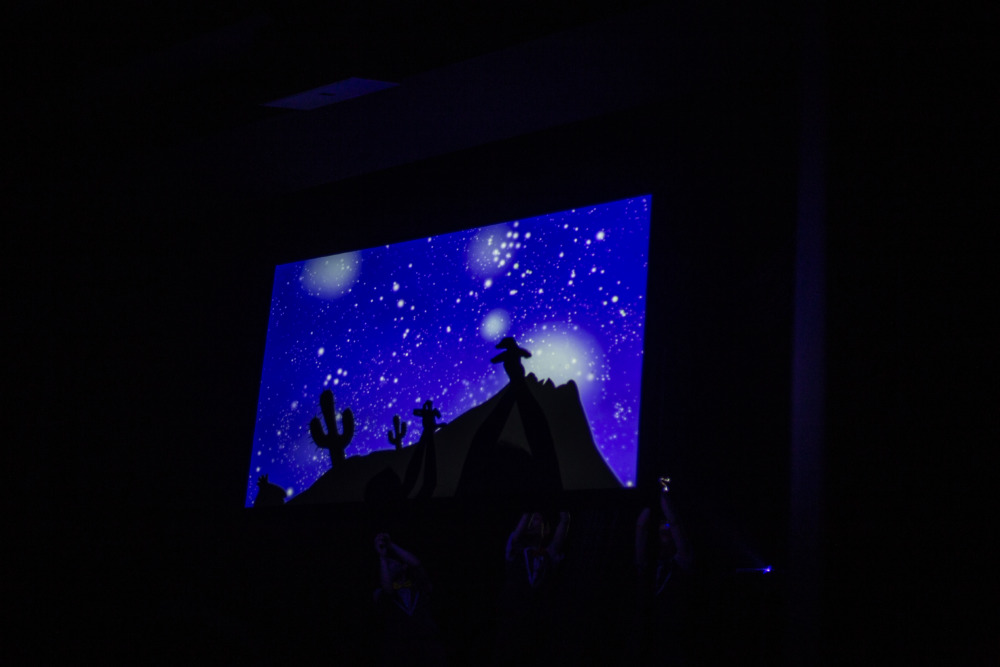 A little less than a year before the start of the festival, the representatives of “Kaunas – the European Capital of Culture 2022” offered our theatre to contact with the shadow theatre troupe from Japan KAKASHIZA and establish cooperation.
We gladly agreed to communicate and include the troupe’s performance “Animare“ in to the festival‘s program. After all, groups, distinguished by unfamiliar cultural and theatrical forms and traditions are always highly welcome by theater professionals and festival spectators. Although the period of negotiations was not easy – the tour may not have happened due to the restrictions of Covid-19 or the outbreak of hostilities in Ukraine, however, thanks to the circumstances, the troupe KAKASHIZA successfully reached Lithuania and provided to one of the event‘s of “Kaunas -2022“ program an exotic spice and special atmosphere.
It should be noted that the correspondence with the troupe manager and actor Shuichi Iida was very productive, prompt and detailed, so there were no technical problems in preparing for the troupe’s performance during the festival.
The four actors: Ryuichi Yoshimura, Shuichi Iida, Kayo Kikumoto, Natsumi Sakuramoto, that make up the core of the troupe, KAKASHIZA‘S head and director Kei Goto, stage designer Koyo Sugimura and translator and tour guide Saya Namikawa arrived in Kaunas on the eve of the festival KAUNAS PUPPET 22 at 19 of May. 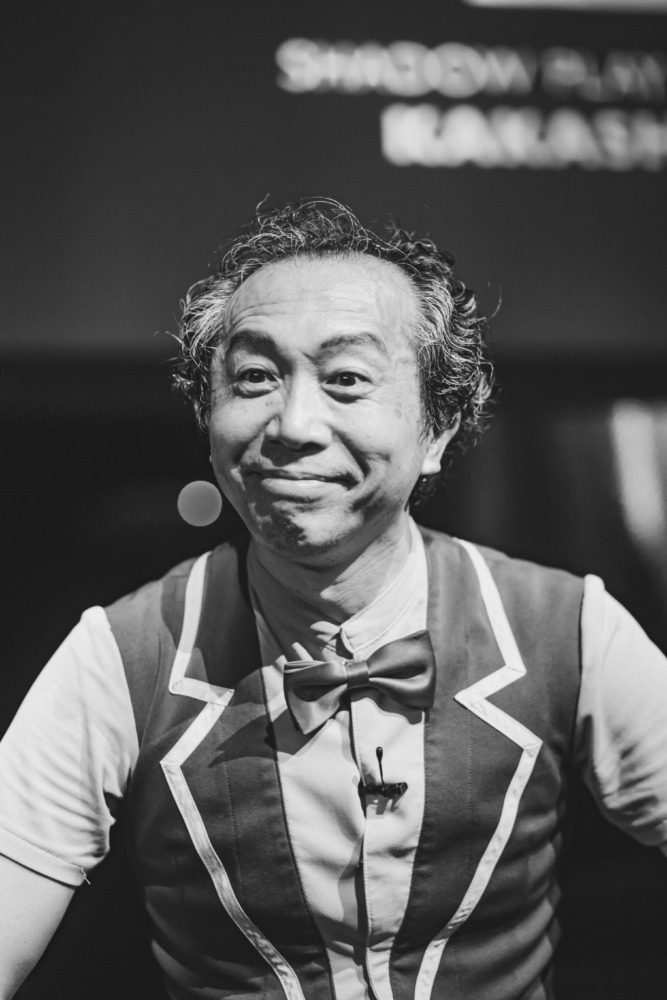 The members of the troupe joke that they have only a few small suitcases on tour, because the most important instrument is the actor’s body. The body of each member of the troupe is very different, so the material of the performances is created according to individual abilities, new solutions and ideas are searching together with the whole team. According to the KAKASHIZA head Kei Goto, various methodologies can be used to create a shadow theater, depending on the outcome, but the most interesting thing is to “find a balance between modern theatre and traditional shadow theatre, look for connections and new techniques”.
On 21 of May, the second day of the festival KAUNAS PUPPET 22 troupe KAKASHIZA were waiting the audience and participants of the festival in two performances ANIMARE in the Big Stage of Kaunas Puppet Theatre. With the help of lights and shadows, the most amazing images were born in the performance, and the silhouettes of various animals were masterfully created by the hands of professional actors. The performance consists of 8 short scenes, revealing the unique possibilities of the shadow theater: the audience saw the dance of shadow animals, the love story of gorillas, the traditional Japanese play, the stories of Ugly Duckling and the penguins Pent and Penko and the others. The performance was distinguished by its vitality, emotionality, and close relationship with the audience. Tickets to the performances were sold out a week before the shows and spectators didn‘t spare the applause and great feedback to the actors of shadow theatre KAKASHIZA after the performances.
The organizer of the event and the collective of the troupe were extremely pleased with the visit of His Excellency Tetsu Ozaki, the Ambassador of Japan in Lithuania, and his wife at the festival KAUNAS PUPPET 22 and with the paid attention to his compatriots. After the performance, the Ambassador Tetsu Ozaki talked with the members of the troupe and the festival director Rasa Bartninkaitė and took photos together.
“The Japanese audience sits quietly and is always very serious. Even the comic scenes react with restraint. And in Europe and Lithuania too, whenever the opportunity arises to participate or express their emotions, spectators do it very openly. I think these trends reveal our cultural differences, ” – said KAKASHIZA‘S manager and director Kei Goto, when asked about the differences between audiences in Europe and Japan.
Although the troupe organises several hundred performances a year in its native Japan, the audience in European countries seems to be closer because of it‘s gushing enthusiasm, openness and boldly sharing energy. 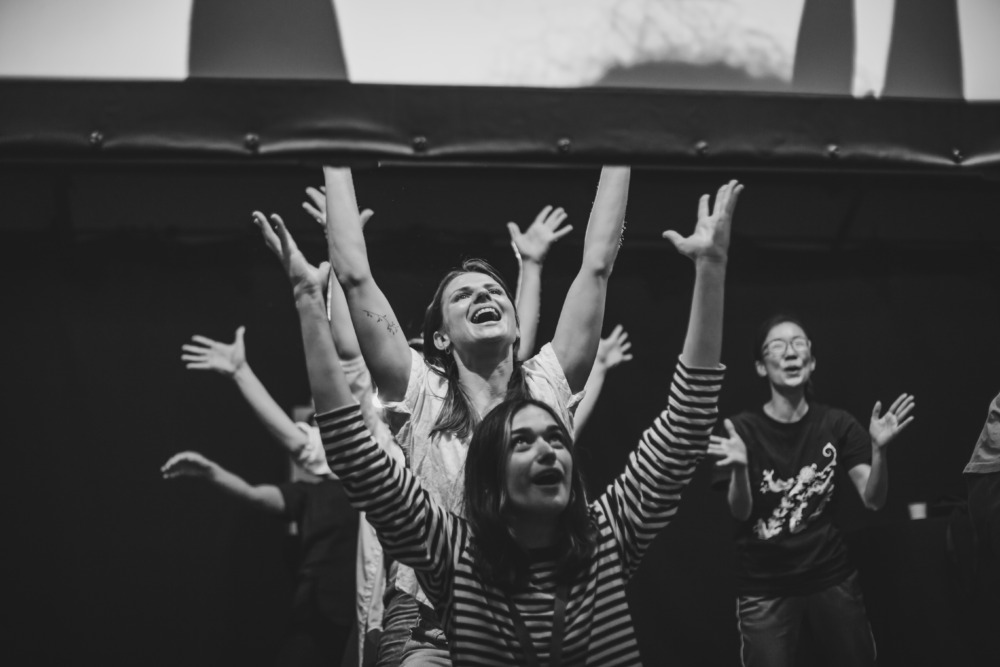 The actors of the troupe KAKASHIZA not only showed 2 performances during the event, but also organized the creative workshop of the shadow theatre for the festival participants. The workshop brought together not only puppeteers, but other festival participants also who were initially reluctant to get involved in the creative process, but enthusiastic doing it halfway through the activity! According to the participants of the creative workshop, only practically trying to create shadows with their own hands, which are shown by KAKASHIZA‘S actors during the performance, it becomes clear how much skill, work and mastery this theater genre requires!
On the last evening of the festival, the Japanese troupe was happy to interact with the festival participants and organizers, sharing their impressions and new experiences. During the festival, actors of KAKASHIZA not only watched the performances of their colleagues, participated in the events of “Kaunas -2022”, got acquainted with the architecture and attractions of Kaunas, but also visited– museum SUGIHARA HOUSE, commemorating the Japanese diplomat Chiune Sugihara and his achievements in rescuing the Jewish nation.
It is probable that the partnership between Kaunas State Puppet Theatre and Kakashiza troupe will encourage to find joint projects and touring exchanges.