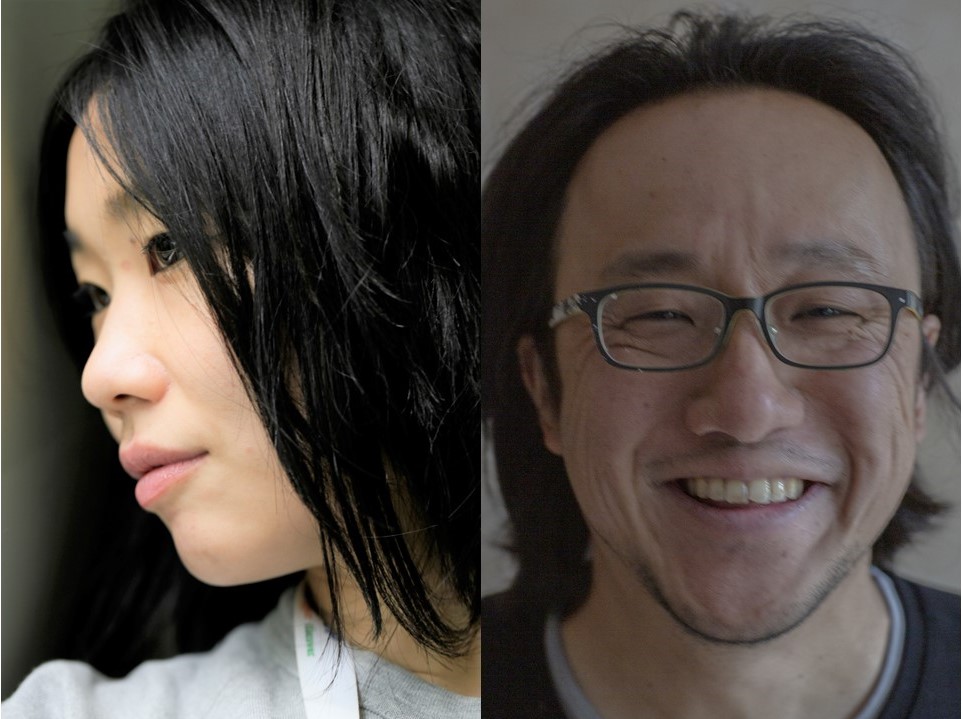 Challenges and Twists in Preparation Phases of Online Activities

It was expected that we would have a difficult time during the preparation phase, but I want to start by saying that it turned out to be a mixture of hard work and ingenuity on the day of the show. We were able to coordinate with our taiko coordinator, Mr. Fumihiro Ono, in Tokyo the day before.
Since all of the musicians in the cast are freelancers, it’s not possible for all of them to rehearse together on the premise. It was therefore, Damir Bacikin, the most classically inclined trumpet player, who came with this proposal: we decided to hold a Zoom meeting 4 days before the event. We started with self-introductions of each of us, and then we discussed our interpretations of Requiem, our respective issues and the budget and sharing wisdom, including suggestions, to do the best we can under the limitation of time and online coverage. We agreed, the two of us being hosts and the others, guests. We were able to perform this esoteric piece of music and art, using the appropriate gestures that are protecting ourselves and our guests from this very special reality and using the internet as a safe space. Safe and well.
The upper part of the venue was a loft, and the audience was kept 1.5m away from the stage. Mr. Marcel on the double bass and Mr. AXL OTL on the electric guitar were assigned a fixed position.
At first, we found out that we couldn’t film them with our SLR camera, so we had no choice but to film them with portable cameras.
In any case, given the confusion and urgency of the situation around the world and the personal anguish dwelling in each one of us, we, the organizers, felt that it would be counterproductive for the performers to over-stage and demand more than necessary to stir up anxiety.
Rather than that, I looked up to the achievements of many great peoples who used such stress and adversity as a springboard to make great strides, and I tried to learn from their failures that the world would be a more comfortable place where people could live together and help each other at any time.
No matter what happens, it’s going to be okay.
I hoped that the band would enjoy their performance, no matter what happened in the end it’s all fine. It was a new experience, with a lot of room for improvement in the future. The musician performed nonetheless very enjoyable music.
We know that this is a warning sign, how hard an auto production can be. We were exhausted to the core. Taken into the storm of corona regulations and the question of why did we start music and dance in the first place? The fundamental question of: Why now, in Berlin? What? The organizer’s criteria were the performers’ response to the incorrect question: “What are you doing?” – in front of an audience. I would like to take this opportunity to apologize for that.
Failure to set up and select a microphone for the live broadcast. This can and must be remedied adequately. We recorded this one for the archive and later edited it to make it more comfortable for the viewers and performers. We would like to hear any suggestions for improvement by editing the recorded footage.
(Ichi Go)

Development and Utilization of Online Tools for Upcoming Activities

The use of the Internet in this project has been very successful in terms of theatrical expression as performed at the Theaterhaus Berlin in August. We plan to actively incorporate this into our project. The building and the scale of the performance will be larger than this time, but we will use the techniques and expressions we have learned this time as a foundation to create a new space for the performance. We would like to make it happen at the same time. In addition, the upcoming performances at the Ufer Studio and the Theater in Delphi, scheduled for next year. I am confident that it can be used in my new work as well.
We are confident that we will be able to use this technique in our new films. We think it’s a positive way to enjoy the show. Also, a platform for audiences to see and enjoy the work without having to come to the venue, no matter where in the world they are The structure and the fresh relationship between the production and the audience is maintained, so that the stage is experienced not only in the theater but also in the city. We are looking forward to working with you in the future.
(Ikutani)

Time, the Number of People, and Environment Required to Prepare the Online Distribution

It took place in my studio in Berlin, two dancers, five musicians, an artist, a photographer, and through Streamyard, an online meeting software with three assistants.
The event was streamed live on YouTube Studio. The dancer Ismaera joined us online from Paris and the musician Fumitaka Ono from Tokyo.
The day before the performance, between 3:00 pm and 7:00 pm, we held a technical rehearsal in my studio, the main focus being on music and video. We borrowed from the experimental musician Seiji Morimoto, some equipment and purchased microphones to prepare for the sound. Mr. Fumitaka Ono joined us from Tokyo to test the performance from a distance. For the video, we bought a tripod for a smartphone and set up a camera and a PC for the next day’s live broadcast.
The studio is located in the factory district of Berlin, where the trumpet player Damir Bacikin was freely moving with the help of photographer Jide Tom Akinleminu. We also filmed and performed outside the studio and incorporated it to the ensemble. IChi Go and myself moved back and forth between the inside and outside of the studio to create a multi-layered video space. The three assistants were mainly responsible for video distribution, recording and setting up.
(Ikutani)

Requiem Sachiko with Love & Intestine on the Earth