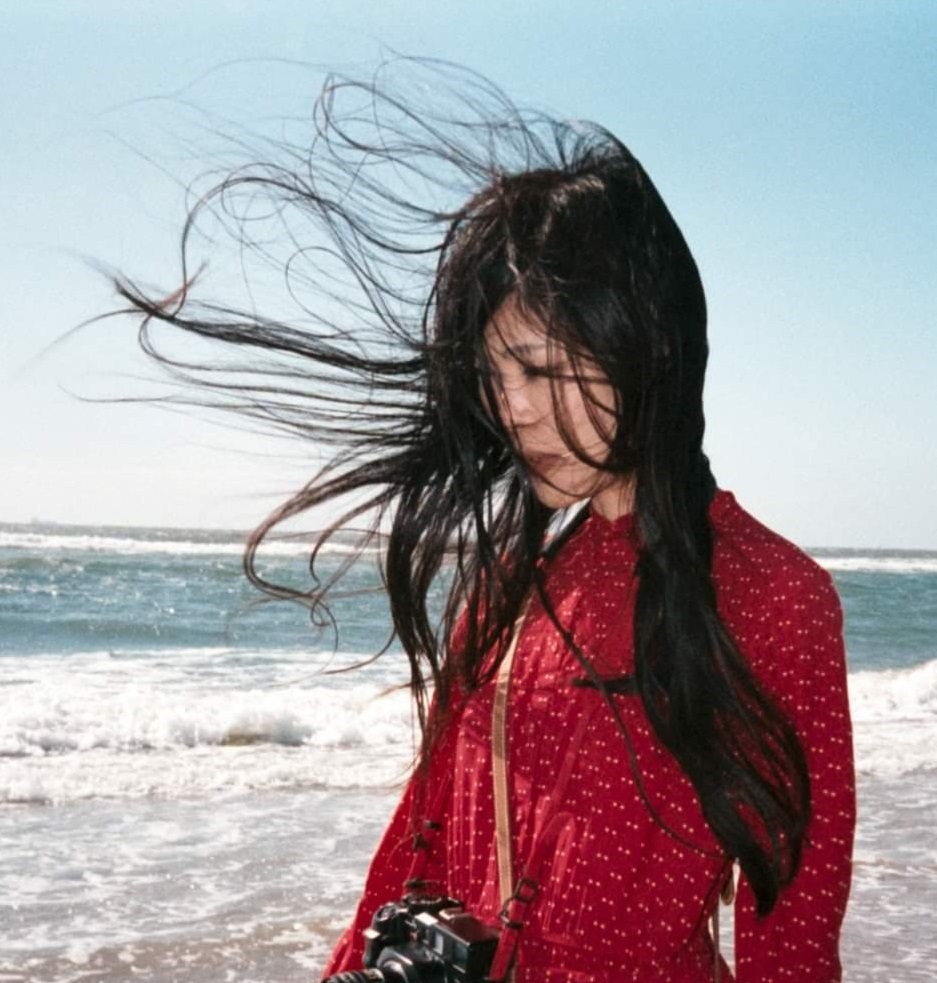 In November 2021 I held a photo exhibition titled “Known Unknown” at the Shinjuku Nikon Salon and published a photobook with the same title, which served as the exhibition catalog. The term “known unknown” refers to the cognitive state of “knowing that one does not know” something. I have been working on a photographic project on this theme for around ten years, and in a sense this exhibition was a compilation of this work.

The conditions for this project were that I photograph people going about their daily lives as normal (as if there is no camera present) in their own homes, for example. The faces of the women in the photos are not shown clearly, and their gazes never meet ours. At the same time, details such as their gestures, the clothes they wear and the furniture and other items in the room are captured clearly. The intention was to explore the familiar subject matter of indoor scenes with women present in a new context by rendering their faces invisible. 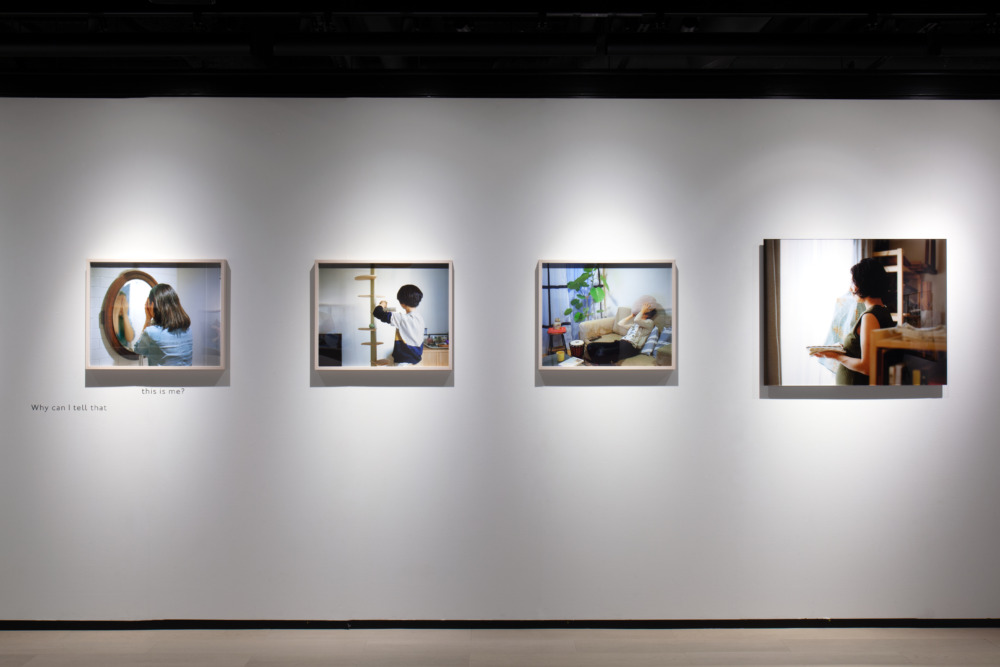 In general, portrait photography is thought to involve capturing precisely the physical characteristics of an individual, with particularly fine works also expressing deeper psychological aspects of the subject. However, such visual diversity is not the concern of these works. They examine how the subjects realize themselves in their lives, how this is revealed in the photographs, and how photography guides these phenomena and influences our lives.

It was just as I was thinking of presenting the results of this project, which I had been working on for some time, that the COVID-19 pandemic struck. As if it had been a dream, the routine I had repeated almost every day completely changed, and instead I stayed home. Strangely, I felt the urge to return to the original intention of this project.

Its beginnings go back to the 2011 Tohoku earthquake and tsunami. My family home is in Sendai, not far from the epicenter of the quake. But at the time the disaster struck I was living in Tokyo. My daily life was not seriously affected, but due to my close connections with the Tohoku region, I felt caught between the stricken area, ground down as it was by the hopeless situation, and Tokyo, where things were gradually returning to normal. As a creative and a Tohoku native, I spent day after day searching for my own answers to the question of how I should deal with this series of events and with my own emotions.

In the area where I was living at the time there were planned power outages. Hardly any light shone on my room on the ground floor of an apartment block surrounded by other buildings, which was gloomy even during the day, so the only thing I could really do was to read, wrapped in a blanket by the window. While spending the power outages in this way, the thought of taking a self-portrait suddenly came into my head. Without being conscious of creating “artworks,” I thought of recording the peculiar situation that was occurring within my own body as something real. I was unsure at the time what form this “expression” would take, but I was determined not to forget the feeling inside of me.

Around a year after the disaster, I took another look at this self-portrait. Lit from behind in such a way that the face in the middle was unclear, the figure in the photo was at once unmistakably me and like a stranger. While I had abandoned expression that consciously “shows” the self, in the “self” in the photo it was possible to detect both my strength and tenuousness as an “individual.” This was an impression that existed only because it was captured in the photograph, while at the same time existing outside the unwritten rule of photography of “seeing” and “being seen.” This discovery grew into the “Known Unknown” project. 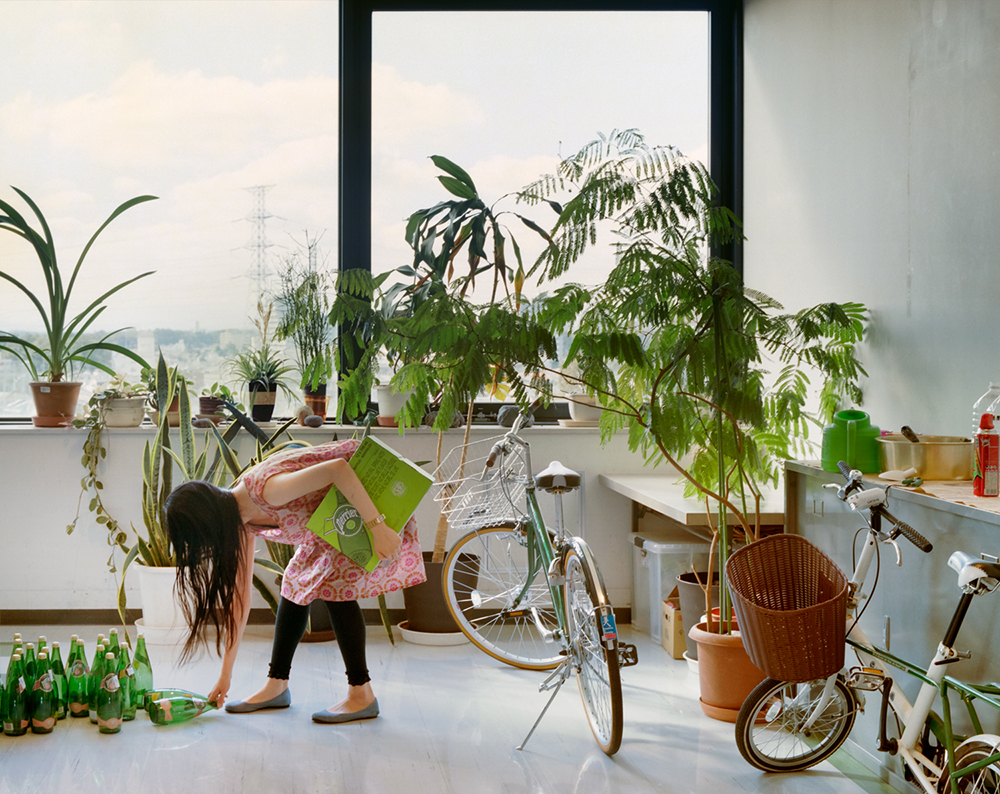 Staying at home day after day had the effect of making people think about their former “everyday lives” and increasing their interest in the relationship and distance between themselves and others, both physically and mentally. Confronted with an overwhelming and singular social event like a pandemic, each of us undergoes a different experience. While on some occasions we experience empathy, on other occasions there arises division. This is because during mental activity that places an emphasis on “knowing” and make this its starting point, “incomprehensibility” sometimes brings about great anxiety and stress.

Regardless of how much we want to, we cannot know everything as we please. As it is with the birth of the universe and the mystery of life, the world is full of things that are unknown to us. But we do not stop in our tracks and tear our hair out because of this. In most cases we accept it and get on with life. However, if we feel uncomfortable about this balance, we sometimes become confused and unable to think, as if we have been caught unawares. The pandemic is at once the global spread of COVID-19 infections and a psychological disaster in response to the “unknown.”

That matters cannot be dealt with according to such simple interpretations is the difficult way of this world. However, this train of thought gave me a strong sense that this photographic project of mine strongly reflected and was intimately connected to the times since 2011. And so it was that I resolved to hold my exhibition at that moment.

At the show I presented 17 photographic prints together with texts written on the basis of interviews with the women who served as the subjects. Partly because the works had a conceptual theme, at a time when physical distancing was the rule, there were many opportunities for precious face-to-face interactions as visitors asked questions or shared their impressions. Given that the future was unclear at the time, it was feared that not many people would be able to view the works. Happily, however, around 1400 people attended over the two-week exhibition period. Some ten years after the project was conceived, I would like to take this opportunity to express my heartfelt gratitude to my friends who served as models and to the many others who so generously gave their support and cooperation. 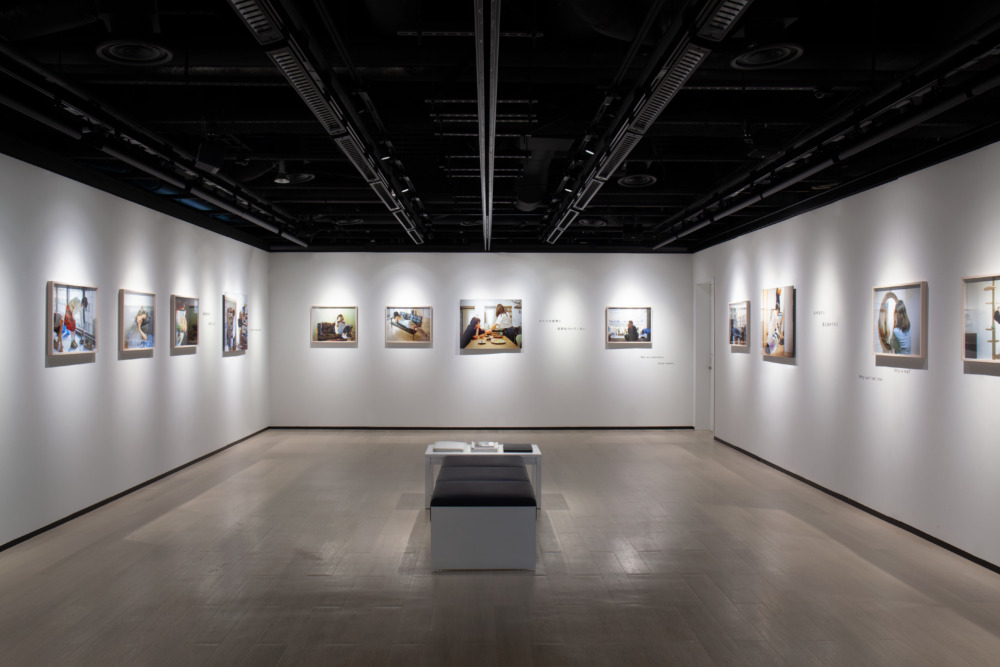