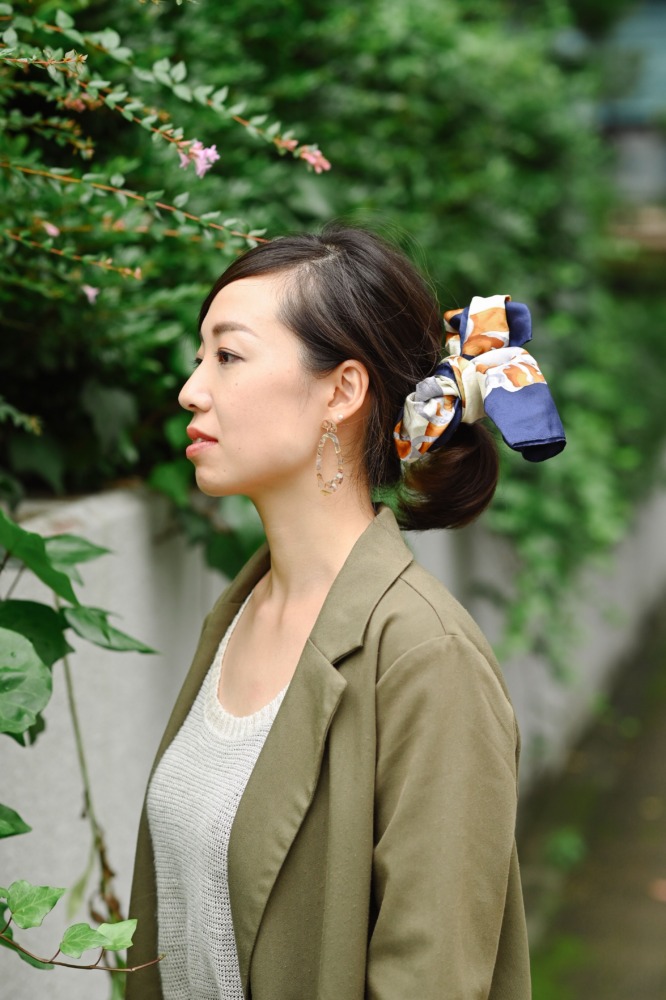 This was my first trip overseas in about two and a half years, and my first since the pandemic began. I lived in Europe from a young age and continued to travel overseas every year after I returned, so not leaving Japan for such a long time was a completely new experience. While remaining in Japan, an island nation where almost everyone shares the same language, culture and ethnicity, I began to feel out of place. One thing I realized as a result of the pandemic is that my tendency to feel somehow at ease in environments with various ethnicities and languages is probably a subconscious feeling that became engrained as a result of living in Europe as a child. As I headed to the airport, my heart pounded with excitement at the prospect of being able to go overseas again after such a long absence. 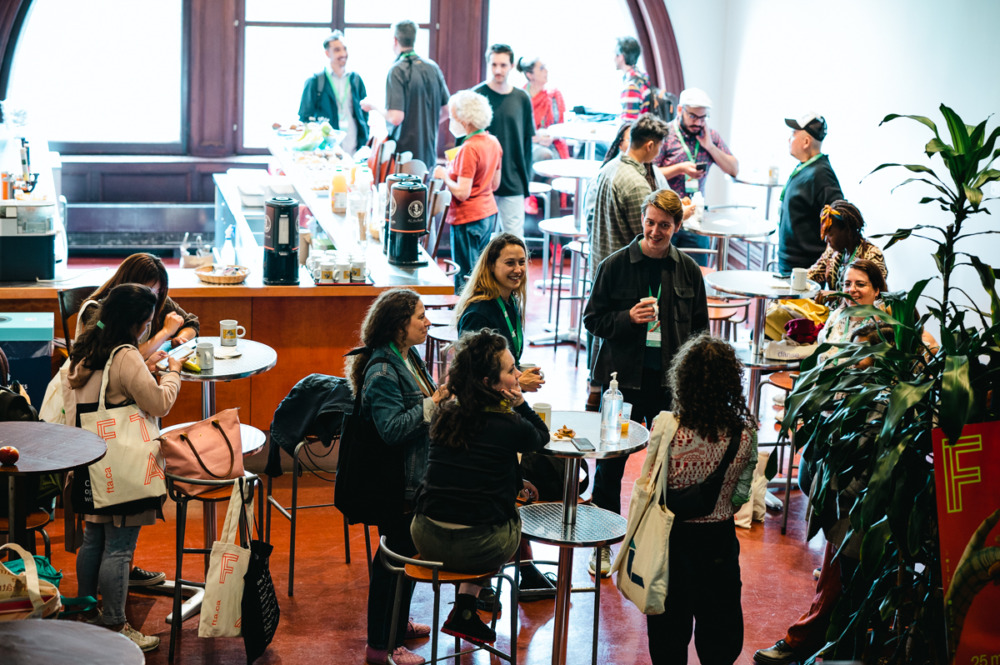 The purpose of my trip was to attend Atelier Montreal 2022, one of a series of training camps for young festival managers held in a different country each year by an organization called the European Festival Academy. Because this year’s camp was staged in partnership with Festival TransAmériques (FTA), a long-established performing arts festival in Montreal, Canada, I was also able to attend many performances. Over the three weeks I was away, I was able to confront, digest and come to terms with the feeling of unease that had built up over the past two years and fill the space in my reorganized brain with new ideas and information.

At Atelier, thrity young festival managers from seventeen countries and six mentors assembled and together tackled a jam-packed seven-day program that lasted from breakfast at 8:30 until dinner at around 22:00. By listening to lectures by FTA directors and artists, participating in events and visiting circus educational facilities we were able to get to know the art scene in Montreal. We also had the opportunity to listen to a festival organizer from Ukraine, who took part online, the founder of a festival for Canada’s indigenous people, who have historically been subject to persecution, and an art manager who fled from Afghanistan and is now living in Montreal. I was extremely lucky to encounter these and other experiences the likes of which I cannot have in Japan and hope to put them to use in the future. Witnessing participants from Israel and Pakistan together, for example, made me think again about the close relationships in cultures and world affairs that are commonplace but tend to be forgotten in Japan.

Through discussions on the value of festivals, sessions considering such topics as financing and audience cultivation, and group work involving case studies on the relationship between the cultural sector and festivals, we thought continuously about the meaning  of festivals. Various concrete examples were raised, but one of the things our mentors were unanimous in emphasizing was that “festivals are places for believing in and creating opportunities to share the things in which one senses value.” The message that left the strongest impression on me was that while money and surroundings tend to take precedence, the most important thing is that the essence does not become blurred, and that this energy will always enable one to solve problems and move forward. When situations become bad, culture tends to be relegated to second place, and I remember that there was no exception to this rule during the pandemic. There was a time when I, too, became anxious, but this message encouraged me greatly by reminding me that it is important to “believe in oneself.” 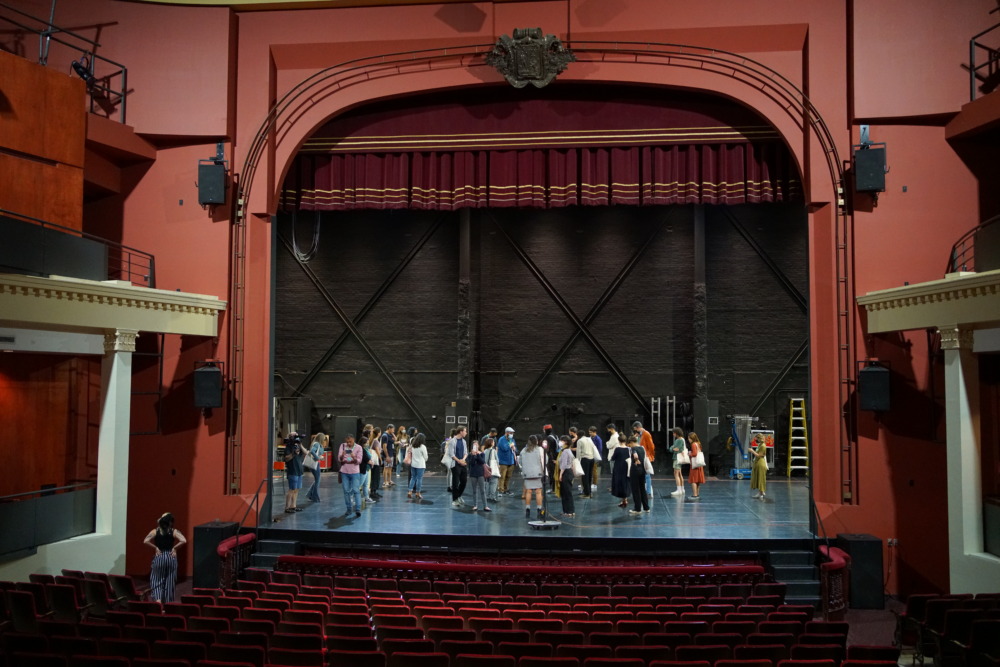 But the greatest outcome of this trip was getting to meet the thirty fellow participants. To be able to share the same time and space as others who applied at this difficult time itself was worthwhile. Everyone had the same kind of stress and frustration, and when conversations began thoughts spilled out one after another. What was your situation like? What are you struggling with most as we edge towards a post-corona future? Why are you here? Why are you holding festivals? We talked each other’s ears off as we shared our thoughts on these and other questions. In no time at all there had become established an atmosphere in which we were able to meet fellow practitioners of a similar age with whom we could identify and stand close beside. Among the participants were some not proficient at English, but there were others who without hesitation offered to interpret, and an atmosphere in which everyone spoke slowly and met each other halfway arose naturally. This led to an awareness that if people’s languages are different then their cultures are also different, and in a situation in which participants accepted others and naturally explored ways of conversing with and sharing ideas with each other, an extremely positive communication consciousness grew stronger and stronger. A sense that people are different from oneself and that mutual understanding is impossible may be normal, but I got a truly visceral sense of how important it is to overcome this hurdle and think actively about how we can live together in harmony and share thoughts and ideas, and how if we can all practice this then our time together will be truly enjoyable. I was reminded once again that for me, this is what enjoyable communication is all about and why I continue to place myself in international environments.

After the end of the festival, my return to Japan was delayed after the PCR test I had to complete before boarding the plane home came back positive, but I received warm support from the festival team and the participants who had extended their stays, giving me a renewed sense of how kind people can be. While isolating in my hotel, I was continually being contacted by people asking me if there was anything they could do to help or if there was anything I needed, leaving me no time to feel lonely. Even when I asked people to do some shopping for me, despite my requesting that they leave it outside my door, I would open the door to see them standing a suitable distance away, from where they would chat for a while, telling me that they had also had Covid a short while ago and that there was nothing to worry about. “It’s OK, you’re not alone!” was a constant refrain, and I was truly encouraged by these magic words. While touched by these and other events that I had not experienced very often in Japan over the past two and half years, I was gradually reminded that this was probably what human relations were like originally. 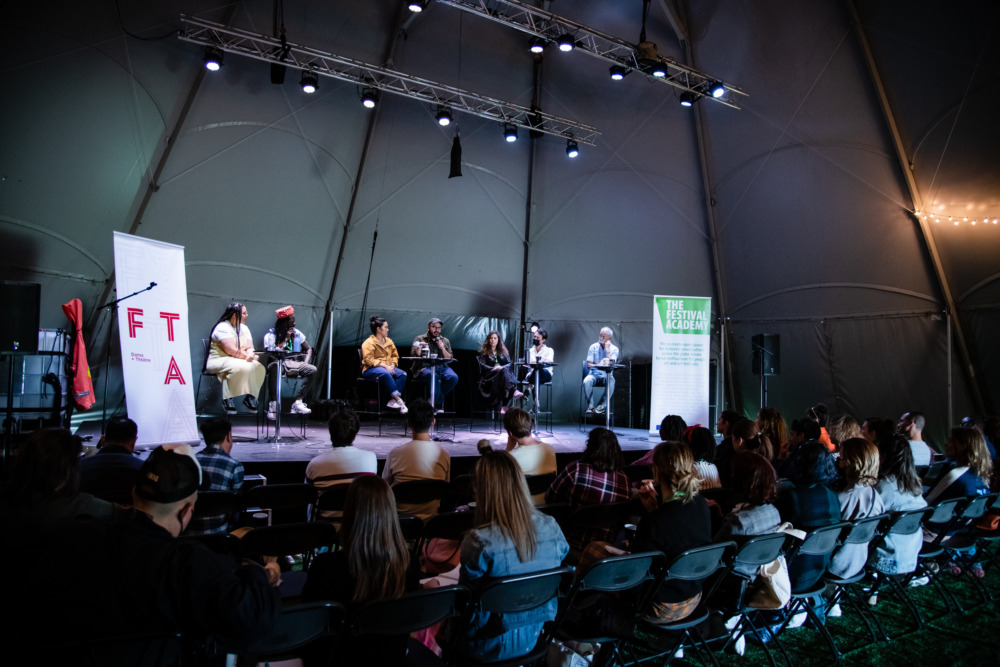 Of the FTA performances I saw, my two favorites were both works that depicted human relationships in a vivid manner, making me suspect that I was craving pure, hard-core human relations. From start to finish, it was a trip that gave me a strong sense of how heart-warming people can be. I would really love to see lots of times, spaces and communities like this emerge in Japan, too, and to see people genuinely value and express affection. It is with these goals in mind that I will be pursuing my activities.