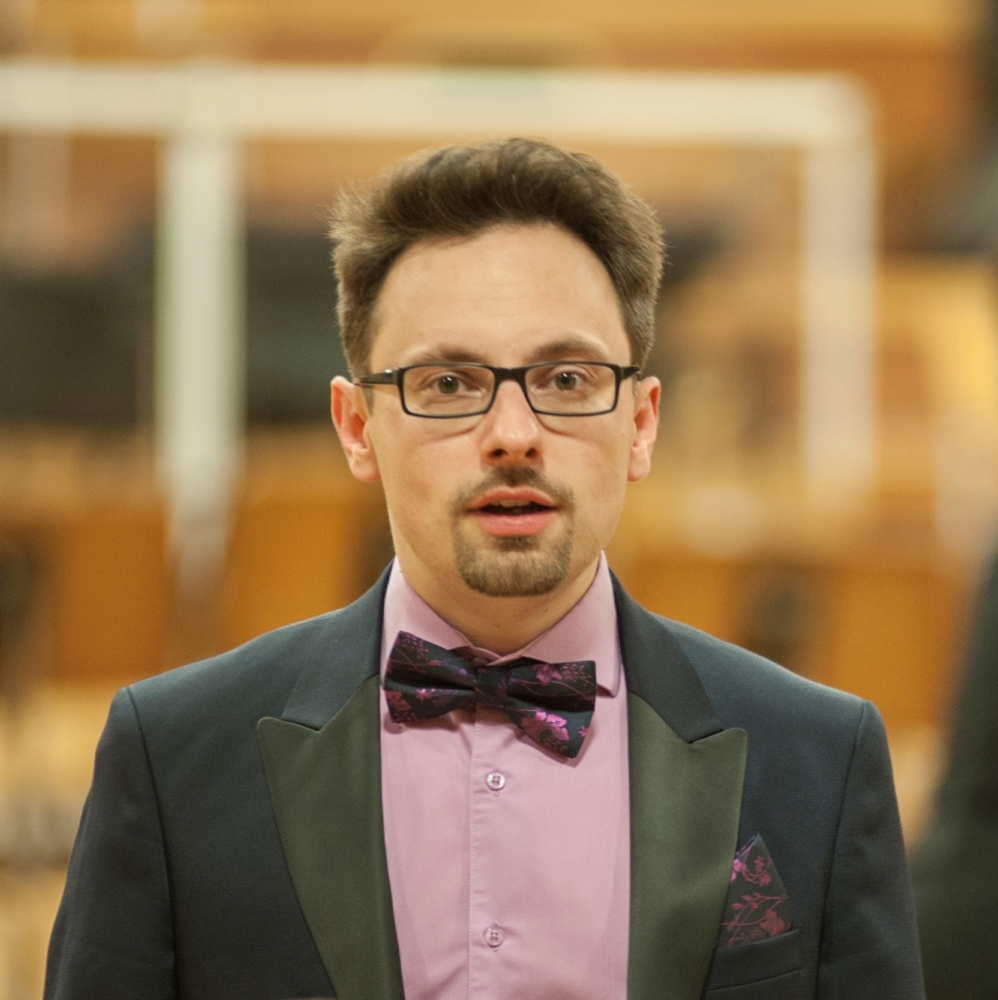 The initial idea behind the EURientale project was straightforward and unpretentious, namely to present the little-known in Bulgaria contemporary Japanese music through two concerts (one in Plovdiv and one in Sofia) as part of the programme of the only forum dedicated to contemporary music in the country – the International Festival of Contemporary Piano Music ppIANISSIMO. In other words, to gauge the reception of present-day Far Eastern music in an Eastern European country that has enjoyed a long-standing cultural exchange with Japan – an exchange based mainly on traditional artistic activities.
We set out with two key conditions: 1) to invite a prominent, world-renowned Japanese pianist who has extensive experience within the European music scene and a vast repertoire of contemporary Japanese music; 2) not to restrict the programme to piano music alone, but to include a module of vocal music in order to broaden the genre and style scope of the events.

After thorough research, we settled on a pianist who suited our needs perfectly – Kotaro Fukuma. Not only did he meet and exceed all our requirements, but it turned out that besides enjoying a brilliant career on all prestigious European venues, he considered it to be his mission and calling to promote the newest Japanese music through the performance of a number of compositions written specially for him by young Japanese composers. Encouraged by this, we decided to carry the idea of intercultural exchange even further by commissioning a new piece for Kotaro Fukuma by a world-renowned Bulgarian composer, living and working in Western Europe. We turned to Albena Petrovic-Vratchanska – a Bulgarian lady, who happens to be one of the most successful contemporary composers based in Luxembourg. She welcomed the idea, inspired by Kotaro Fukuma’s albums on one hand, and by Japanese worldview and aesthetics on the other hand. 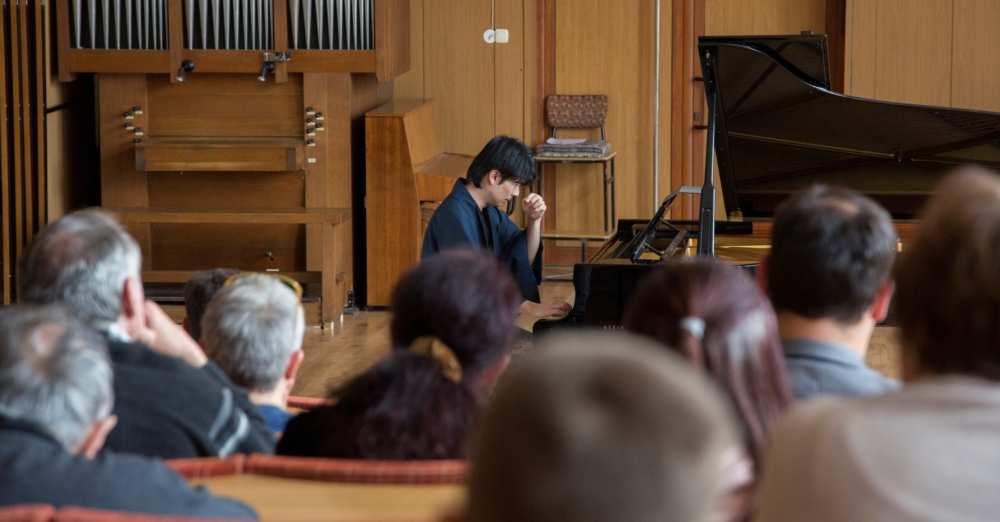 From that point on, the choice of repertoire for the vocal module in the programme became even more demanding in terms of uncompromising quality. We were aware that we should approach one of the most prominent Japanese composers with a commission for a work in a genre typical of Europe’s musical tradition but not widely developed by the Japanese school of composition. This was the genre of the madrigal. In this way, we wanted to both stimulate the writing of contemporary Japanese vocal music and to premiere something unique on Bulgarian stage. Encouraged by this idea, the conductor of vocal ensemble DAI MONTI VERDI, Severin Vasilev, came in contact with the worldwide acclaimed Japanese composer, Somei Satoh. And the result was soon at hand, once more surpassing our expectations. The texts that Somei Satoh had chosen for his madrigal were from the oldest extant chronicle of Japanese culture – the Kojiki, dating back to the early 8th century. In them, we find glimpses into the life and time of the legendary Japanese prince Yamato Tarkeru. It is the hero’s last poems that are set to music by Somei Satoh in the newly-written madrigal, entitled Hakucho no uta or Song for White Bird – the bird that Yamato Tarkeru’s soul allegedly turned into upon his passing. And the musical result was exquisite, meditative music that seemed to get suspended in timelessness, stillness and silence.

Combined with one of the most iconic Japanese vocal compositions of the 20th century – Sakura by Toru Takemitsu, Hakucho no uta was given its premier at the beginning of the EURientale concerts. With its delicacy, bordering on stillness/silence, and through the refined sophistication of the premier performance by vocal ensemble DAI MONTI VERDI, Somei Satoh’s music powerfully immersed the lovers of contemporary music in Bulgaria into the exquisite musical aesthetics of the distant Orient, as opposed to the tradition of the often-deafening European music avant-garde that they have been brought up in.

Next in the programme came Kotaro Fukuma’s supreme pianism in a recital of a number of pieces by various contemporary Japanese composers. His performance expanded to an unprecedented scale the idea of a musical silence filled with meaning, of the nature of the musical sound and the musical sound of nature itself, along with images and symbols typical of traditional Japanese culture: Jo no Mai by Minako Tokuyama after the homonymous famous painting of Shoen Uemura, in which a lady in kimono (considered as an ideal of traditional Japanese woman) dances with a folding fan; Dai Fujikura’s Two Little Pieces which go back to the basics of the piano sound and possibilities; Yuka Takechi’s Winter Light / Ephemera after a haiku by Murō Saisei about an ephemera flying over a frozen lake in winter; Somei Satoh’s minimalistic piano Choral, which creates beautiful harmonies by holding the sustain pedal throughout the piece; Toru Takemitsu’s Rain Tree Sketch I & II in which the composer tries to create natural sounds or feeling of being in the nature with the music, both inspired by a novel by Kenzaburō Ōe.

The second part of the Kotaro Fukuma’s concert programme revealed the two-way cultural influences and interactions between the East and the West, both through the presence of Albena Petrovic-Vratchanska’s open composition River of Dreams and Allain Gaussin’s Tokyo City (describing a metaphorical sinking and loss of orientation in the atmosphere of the vast megapolis), as well as through the inclusion of the piece Rêverie by Claude Debussy, whose œuvre has been strongly influenced by traditional Japanese music. Debussy’s music has, in turn, influenced modern Japanese music particularly much – Toru Takemitsu, for example, often said he was trying to achieve harmonies similar to those of Debussy.
With EURientale revealing the wealth of Japanese traditions and the active intercultural interaction between the East and the West, Kotaro Fukuma’s debut on East European stage, along with the participation of the Bulgarian vocal ensemble DAI MONTI VERDI, was one of the most fascinating musical events in Plovdiv and Sofia for the past music season. Proof of this was the unabated, resounding applause of the audience in sharp contrast to the enchanting way that musical silence was rendered in sound during the concerts.