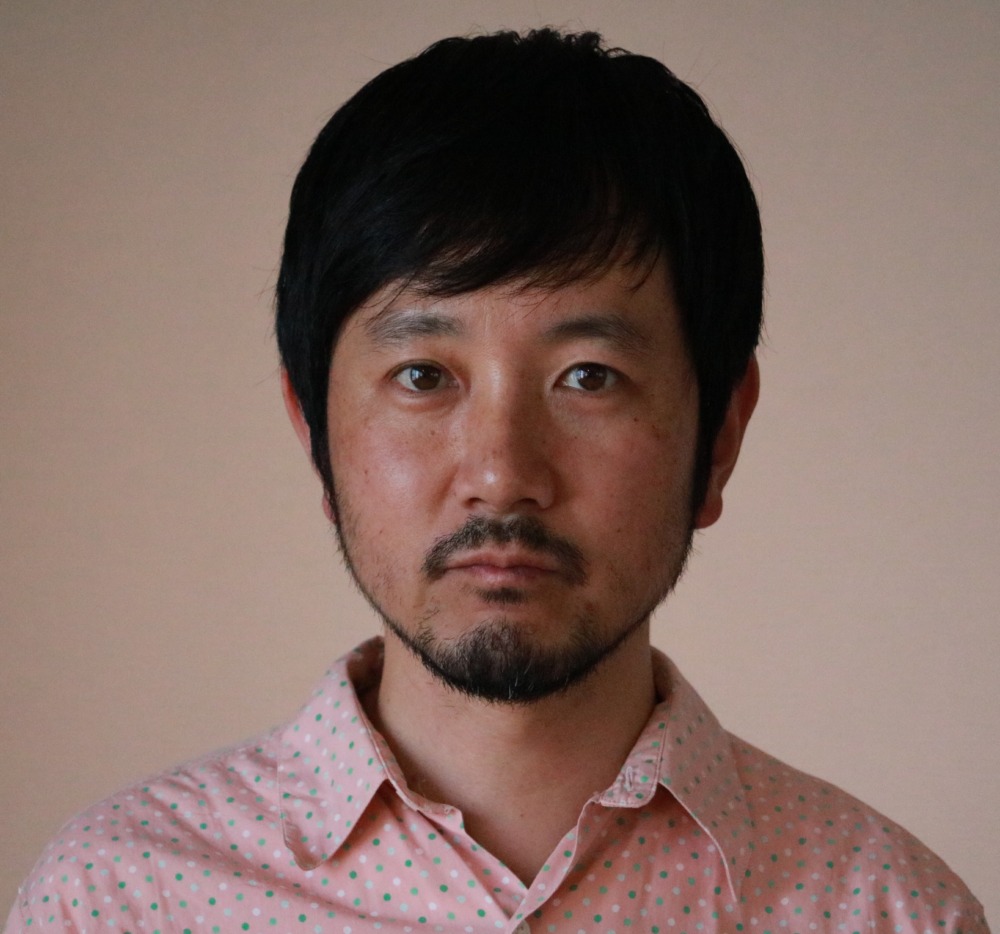 From the beginning, dracom’s ” A World to Look Forward To” was to be a theatrical piece about our future, because the leader of dracom, Jun Tsutsui, felt that it would be difficult to represent the world of today in a theatrical piece. The complexity of modern society is being revealed day by day by many thinkers, academic researchers, and journalists. As a result, people’s thinking has become more fragmented. That’s a very good thing. It gives us a chance to hope and reflect. However, we no longer live in a world where a work of art created by one person or a group of just a few people can symbolize anything. And the situation has become more serious. Large capitals, using words that have a good sound, have come to create both modern society as an object and a mirror that reflects it. Art and its future, which reflect the earnest thoughts of every citizen, have become difficult to confirm. 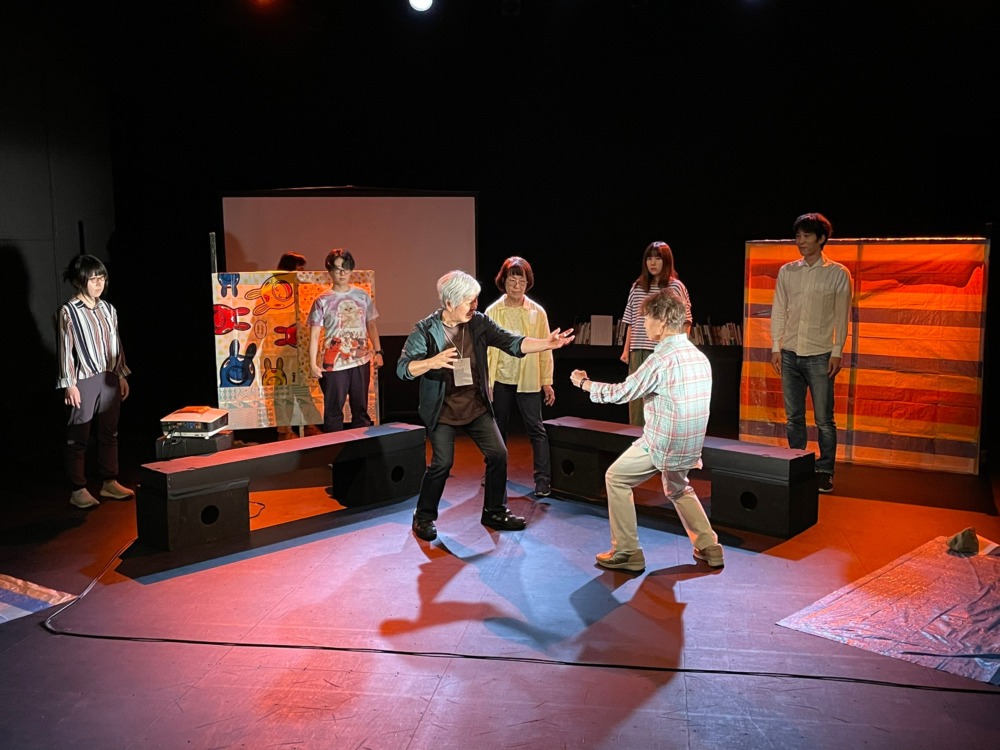 So, at the end of the year 2020, the members of dracom started chatting about the future in general. First, we thought about future technologies, such as the Internet, the evolution of daily necessities, and the development of medicine. There are many references on this topic. It was a good start for the ” A World to Look Forward To” activity. We also discussed spoken language as a technology. We exchanged our thoughts and research results on the current overuse of honorifics in Japanese. We learned that in the process of choosing the official language of Indonesia, languages with complex honorifics were rejected. I also learned that the shape of society is created through the filter of language, and that there are languages that do not have grammatical tenses for past, present, and future. Entertainment has been nurtured to this day by the imagination that only human beings possess, which tries to predict what will happen in the next moment. But that is why all entertainment has been complicit in the development of anthropocentrism.

After the above discussion, two innovations were made to the script of dracom’s ” A World to Look Forward To”. First, there is no honorific dialogue. The second is that the characters understand future plans as if they were past events, and talk about past events as if they were future plans. Their perception of time is different from the common sense since modern times. With just these two devices, a performance of modest human conversation without spectacle has become like a mysterious science fiction work. It suggested Beckett’s view of the world, and reminded us of Carlo Rovelli’s words, “There is not time in this world, only happenings and relations”. People who know what the future holds behave in such a way as to avoid conflict in advance, and continue to have peaceful communications throughout. Conflict and crisis are important elements of entertainment. As a result, this piece is no longer entertainment. However, the audience’s imagination was stimulated very much. Some people said, “I have no idea what this means”. There is no way around it. If the audience keeps trying to understand the performance by only recognizing the time, they will be very confused. On the other hand, we were pleasantly but surprised to hear the comment, “It made me feel peaceful”. The tenses of our language, and the tensions they create, have given rise to social rationality and many entertainment products. And people have no doubt desired it. However, we felt once again that it may also be the cause of the human mind going insane. The awareness of issues presented by dracom in this performance is still in the stage of experimentation.

We will deepen it in our future activities and develop it into works with strong impact. 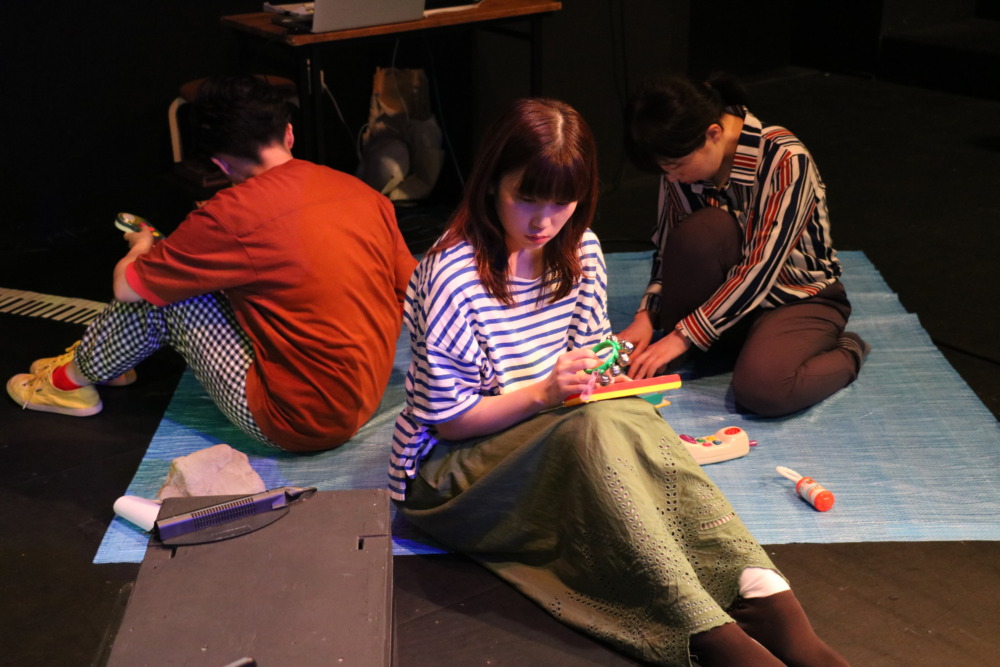 There is a research that we started for the creation of ” A World to Look Forward To” and continue to do even after the performance is over. It is research on ” Gift Giving”. When we walk around town, we find items that have been lost, such as hats, gloves, and handkerchiefs. If the item is valuable, we have to report it to the police, but these are items that are not of great urgency. Some items are stepped on by cars or people, but sometimes we find that the items have obviously been left at the edge of the road or in a noticeable place by someone. It is an act of kindness by someone, for someone else. Maybe the lost item will never be returned to its owner. And even if it is returned to the owner, the owner probably cannot thank the person who picked it up. And the person who picked up the lost item does not expect to be thanked either. The members of dracom took and collected pictures of this kind of gifts and projected them on the screen during the performance to explain them. This is also related to the tense of language that I mentioned earlier. This existence, which is not expected to be exchanged, contains the past, the present, and the future all in equal measure. Behavior that has a definite purpose for the future and demands an exchange, such as profit or praise, cannot be this innocent existence.

dracom considers these lost items to be drama. Isn’t drama just such an artistic genre? dracom will continue to pursue drama further by holding lectures and workshops to introduce this research.

※We now have more than 200 photos regarding Gift. 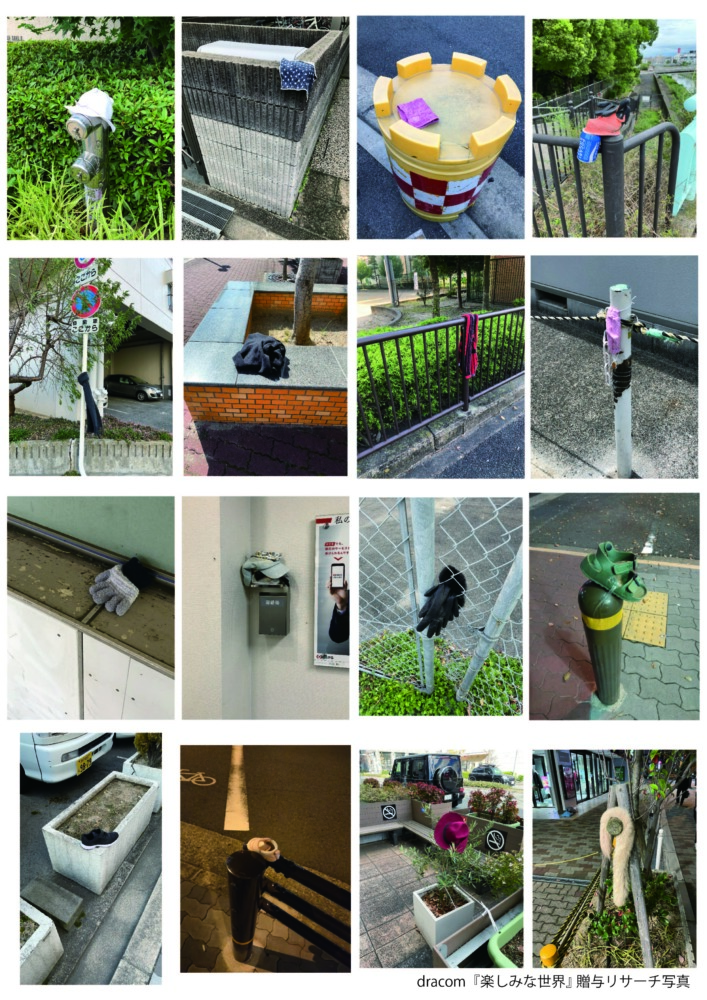