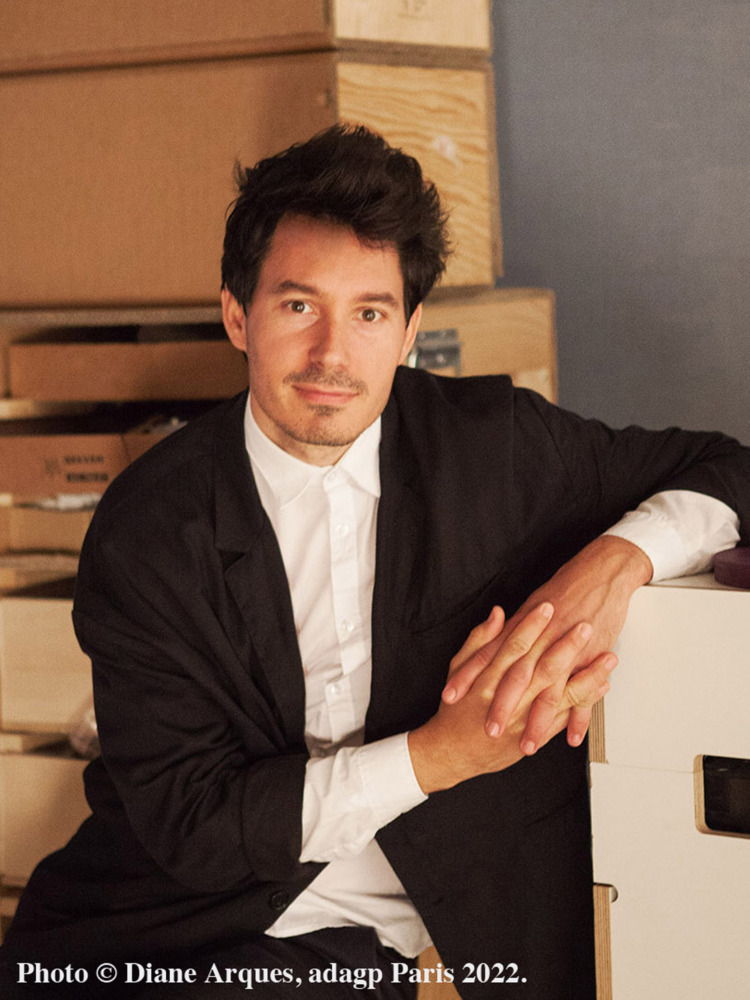 “The Blue Hour” is a multidisciplinary project including architecture, installation and events all inspired by this particular moment of time when in the morning the sky is full of an electric blue and nature is completely silent.
“The Blue Hour” project takes part as Esch22 European capital of culture.

We both together organized events which ranged from concerts, talks with biologists, linguists, historians of art and architecture. Each event was linked to one of the aspects of the blue hour: silence, ecology, color…

With the support of EU Japan Fest we organized in June an encounter between the farmer Hélène Reglain and the Japanese poet Ryoko Sekiguchi. The two parts of the event – a talk and a dinner –

The talk interrogated : How contemporary world can be eaten better? How we can produce better What is it to eat something like a color ? How to reconsider the living ? What’s the taste of timing? After the talk, we experienced during the dinner the « blue » in our body and in our spirit by eating it. 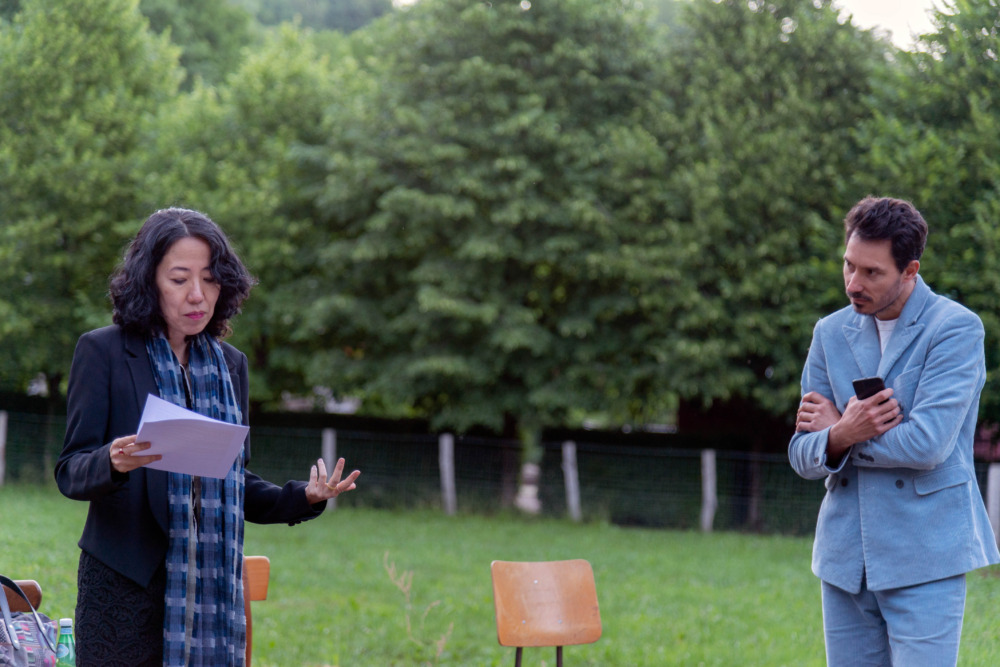 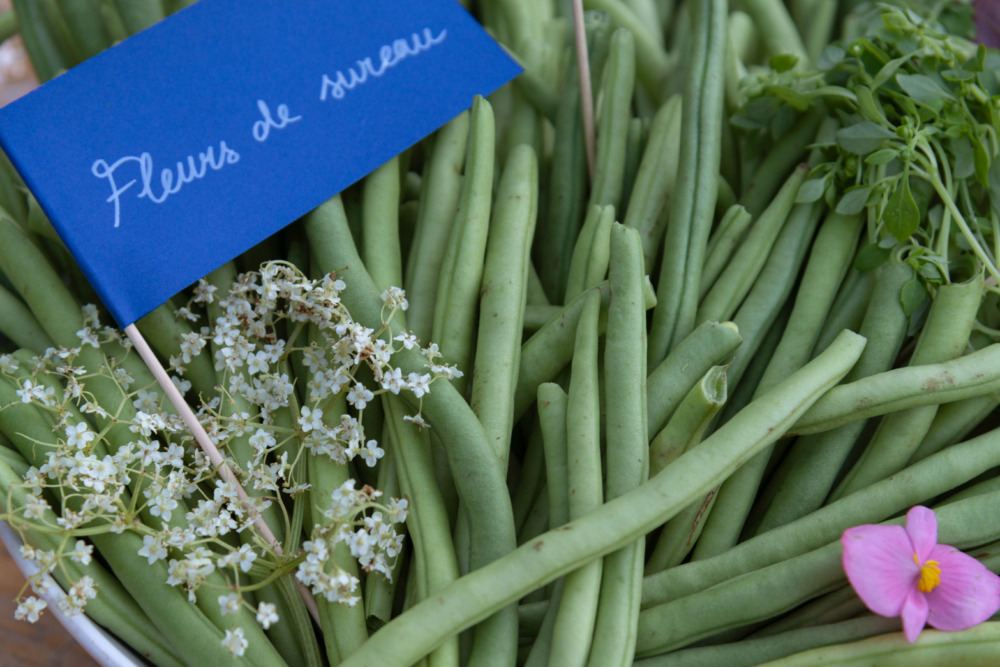 Two books influenced me to imagine this event: The first one is “Nagori” by Ryoko Sekiguchi. A poem on the melancholia of the end of the season. The second one is “The One straw revolution” by Masanobu Fukuoka in which the author explains his philosophy of the Natural Farming and considers the knowledge of contemporary society, contemporary humans in the farmer industry. These two readings allowed me to understand what’s to be a human in an ecosystem which destroys it but how it can be possible to have a virtuous escape, or at least full of hope.

The event in these two parts help us to understand that one of the ways is the sharing, the communication with words but also with time, with gaze, with other being lives than humans.This involves questioning what surrounds us, paying attention to it, listening to it, since we are what surrounds us: “The meteorological phenomena infiltrate us, not punctually, but all the time. We are in constant dance and transformation, together with the air that surrounds us, with the sky that illuminates us. We let others invite themselves into our bodies. If we like to put in our mouths those, which are freshly picked, it is so that our body finds itself closer to the sky of the day. The beings, who have breathed the air of the day before, who have felt the blue hour, enter us. The community of glows, of the blue hour. They will thus inhabit our bodies, dressed in the color of the sky we have just contemplated.” (1)

Rather than a farmer, Hélène Reglain declares herself as a “vegetable breeder”, and that changes everything. The hierarchical relationship of the living is thus ploughed, mixed. There is a lot of tenderness in this denomination. It translates what Fukuoka had felt: this humility of a man who lives with in the nature: « Men don’t know anything at all. There is no intrinsic value in anything, and every action is a futile and meaningless effort. […] It is generally believed that there is nothing more magnificent than human intelligence, that human beings are creatures of special value, and that their creations and achievements as reflected by culture and history are wonderful testimonies to this. This is at least the general belief. […] All human intelligence and effort is negligible…. » (2)
We ate words, listened to vegetables, looked at perfumes, senses upside down to communicate together in this suspended moment. It is difficult to define when a taste dissipates in the mouth, when a perfume evaporates into thousands of small particles within us, only to be smelled by our memory. The moment we shared around “The Blue Hour” acted like this, well beyond the minute of silence and blue, beyond the day and the night.

We thought of the project « The Blue Hour » as an itinerant project. The architecture and the work of art can be dismantled and like a circus tent which, as a nomad, enjoys showing off the tricks of the acrobats, we wish to reassemble it elsewhere, abroad, in order to eat other blue hours, to make other languages, other voices, perhaps even silent ones.