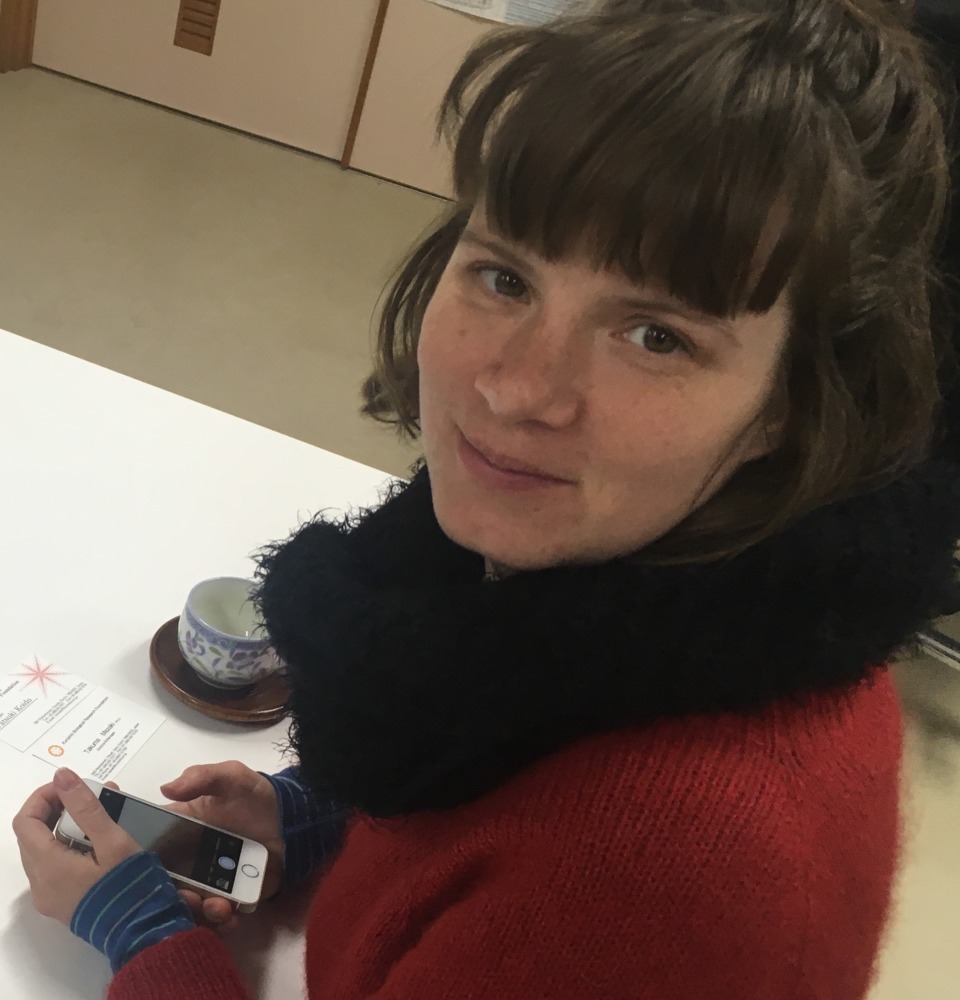 It is my pleasure to share with you my report of my Artist Residency in Otsuki-Cho on Shikoku. In this essay I will share my thoughts on my experience and what I worked on during the six week residency. I will firstly present the short film development part, which was my main pursuit and goal there, and then will share the experience of the workshops we worked on in collaboration with Anime no Iroha.

I was the first animation filmmaker to come to the Anime no Iroha residency to work on animation project in the early pre-production phase in Otsuki. In general, the ÆRA project aims to create a poetic short film about life on planet Earth, inspired by science, but explored with poetry. The short film mixes science fiction and poetic art film genres with a main focus on mass extinction events in keeping with a human impact theme. The film is expected to be approximately 15 minutes long with a melancholic tone. 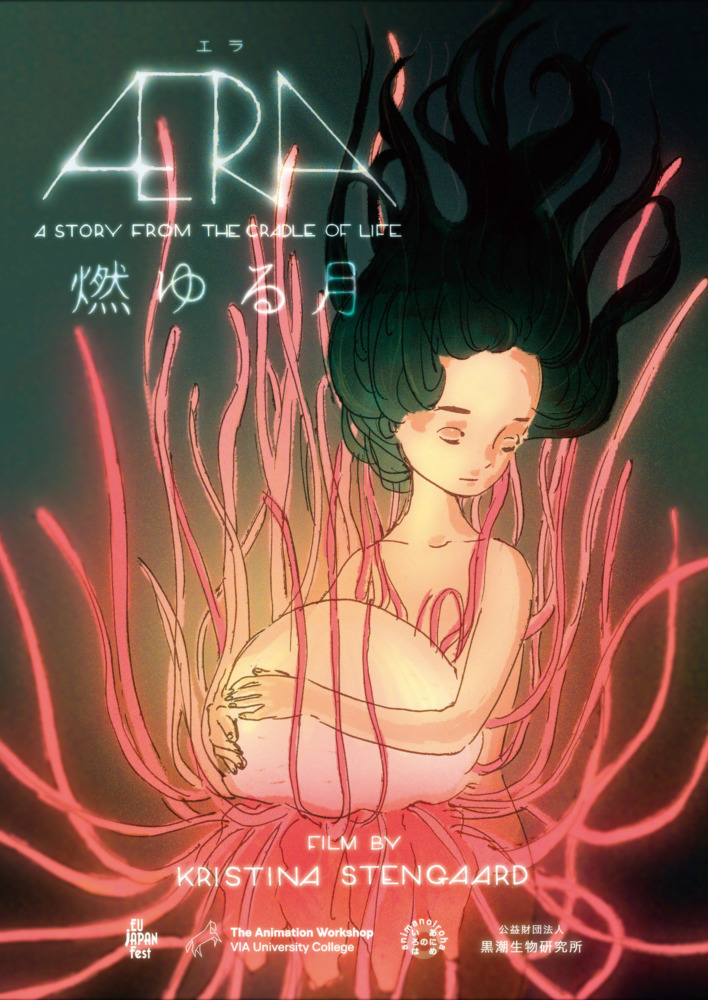 During the residency, I have developed the pre-production of the film together with an animation artist, Moe Koyano from Tokyo, who has assisted and guided in achieving the desired unique and appealing design, creating an art style that would speak to audiences across the world. Together with Moe Koyano we have been working on story development, concept art, image boards and animation tests. We have had a lot of space to work in, and have collaborated well in the creation of art. I have also been working on the storyboard and the framework that I wish to communicate with this film. 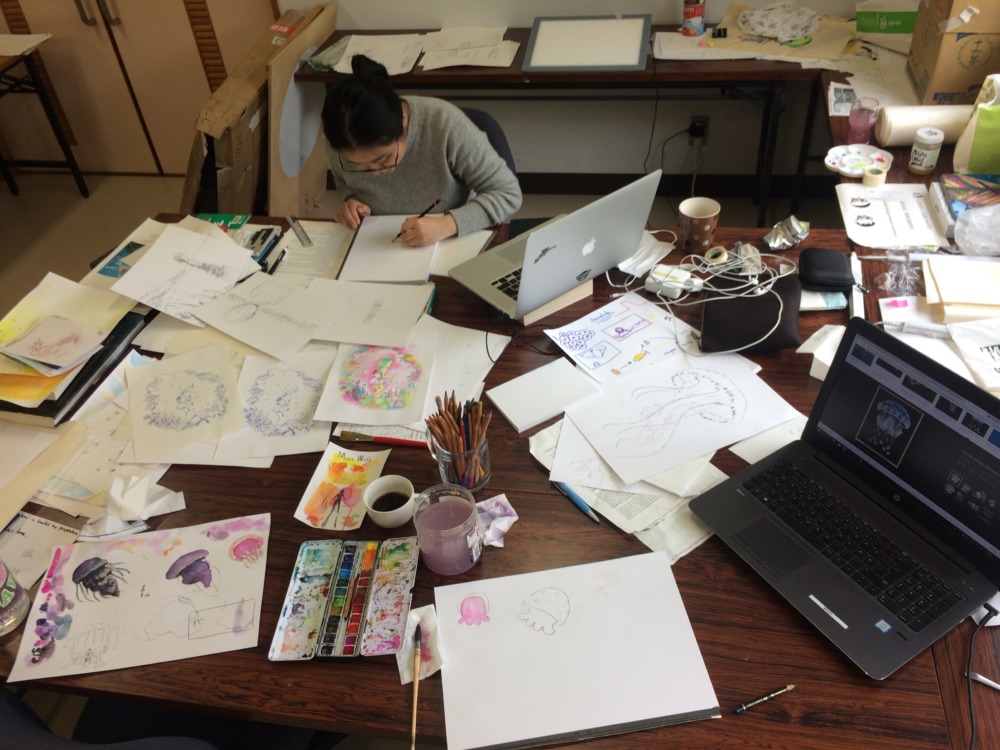 The “ÆRA” is a climate based fictional film, set in a future where biodiversity is gone and very little life remains on earth. The film takes place in the ocean, where the last human on earth will meet a creature who has existed since the dawn of times. As the last human on Earth is faced with an ancient ancestor, she is offered a new and bigger perspective on the now passed era of humans. The film have the intent to engage a young audience, both teenagers and young adults, hopefully sparking some thoughts about our planet and the role of humans in the history and future of the Earth.

The working spaces were based in a marine institute, where we had an amazing opportunities to gather scientific knowledge about jellyfish. It was a great source of inspiration to have a jellyfish specialist around. Dr. Sho Toshino, who has shared so many things from the odd lives of jellyfish – its history, biology, development, different species etc. We had an amazing experience during the Golden Week, where Dr. Sho Toshino did a 30-minute presentation on jellyfish, and afterwards the participants did character design and animation inspired by his talk. 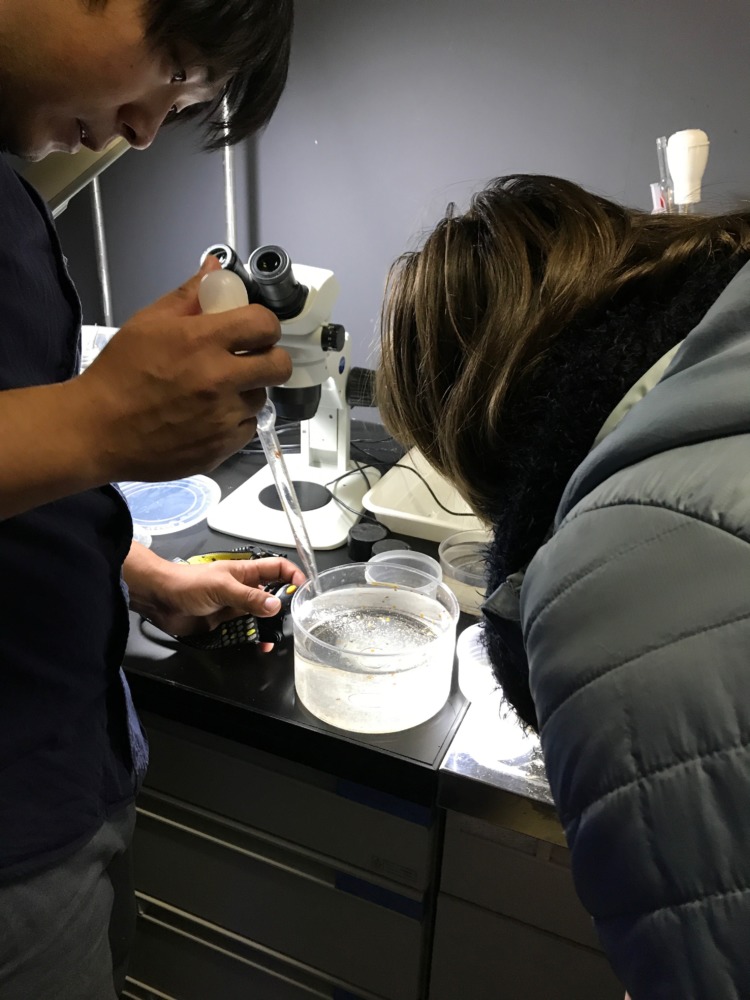 During the workshops, we focused on basic animation, character design and storytelling, and also we had a chance to present the development of the short film ÆRA as a learning exercise. In the exhibition we prepared a presentation on the animation production pipeline from idea to finished product, showing where in the process we were with the film development. The poem for the film was translated into Japanese and presented at the exhibition as well. It was an amazing experience which helped to merge two completely different worlds – with scientific researchers meeting deeply creative animators and both groups learning from each other. 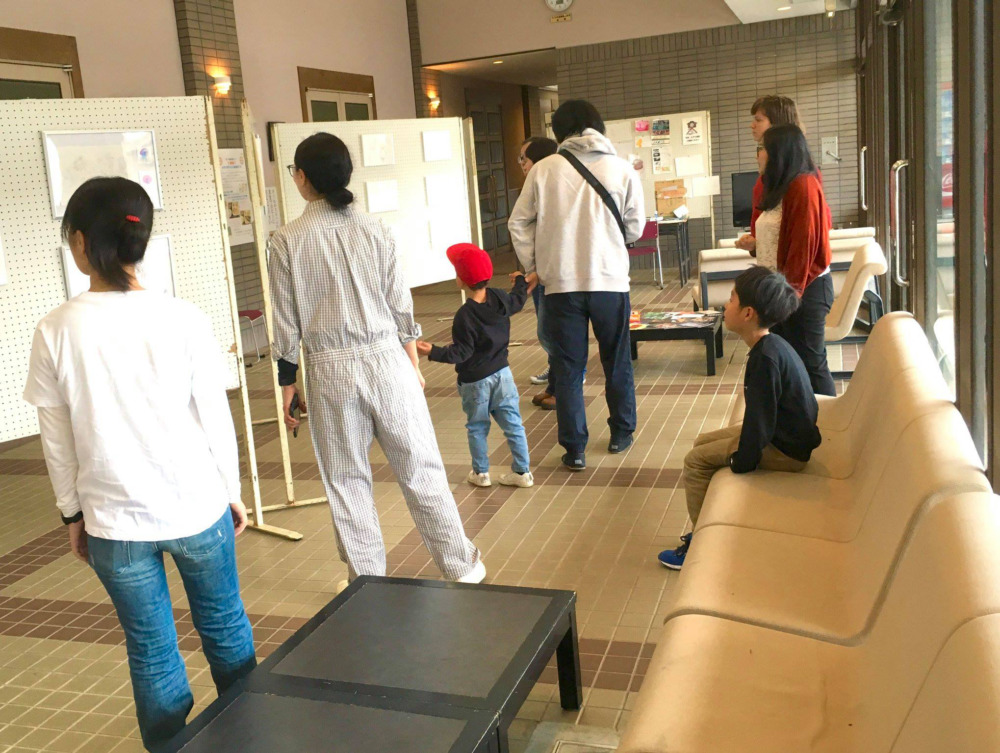 All in all, it was an amazing experience – I have developed and gathered a lot knowledge which was applied in the film pre-production. I have developed a great deal of material for the short film and will continue working on the pitch package for the furtherance of the project.

I hope a lot of other artists will get the chance to come to Otsuki and find the peace I did to dive into the development of their projects. I am very happy that I got this opportunity!