HOME > Column > Noh as a Bridge between Cultures

[Vol.121] Noh as a Bridge between Cultures 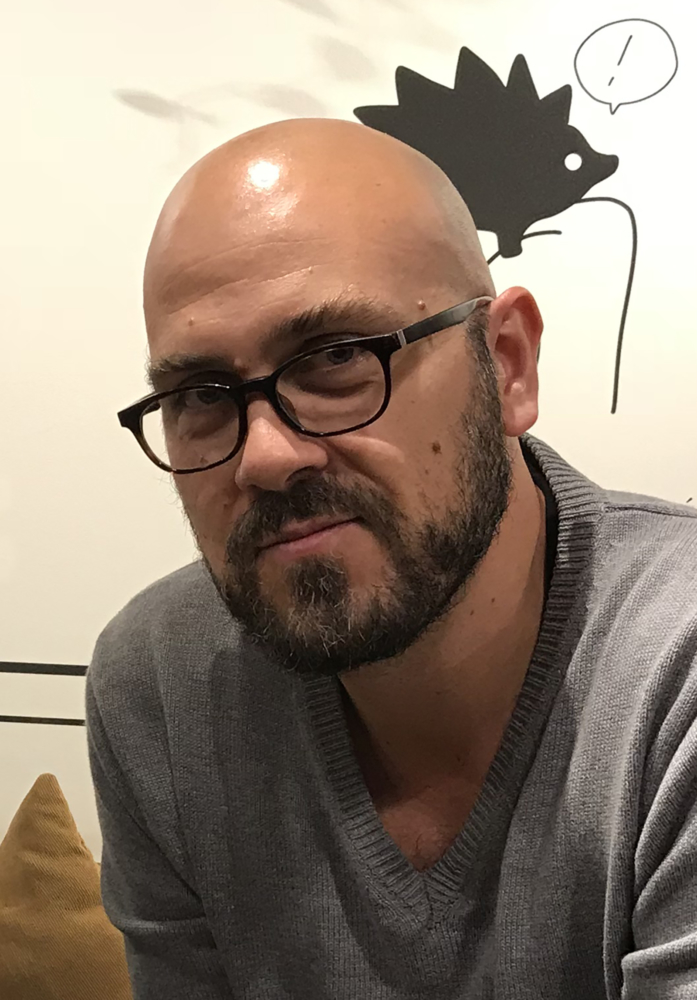 For the past few years, Yamamoto Noh Theater’s director and leading actor, Akihiro Yamamoto, the Bulgarian actress Maia Bejanska and I have been working together in creating new opportunities in the field of the performing arts in Bulgaria, as well as drawing parallels between the cultures of Japan and Europe and bringing them closer together. Through the 7-century old tradition of Noh, we aim not only to introduce the audience to Japan’s classical culture, but to also use it as a means to further educate the performers, as well as audiences of the play. For the past 10 years, Yamamoto Noh Theater has also been striving to raise awareness about major global ecological issues.

In view of the events in the European Capital of Culture – Plovdiv 2019, we decided to join forces once again and create an opportunity not only for the actors and spectators, but also for the children of Bulgaria – an opportunity with long-standing effects. Having these goals in mind, we decided to create a new and relatable Noh play, based on Balkan lore, that would be easy to understand without any additional explanations. The new play would also involve local actors and children, and would be easy to adapt in order to be presented in other European countries. Finally, the plot of this new play would revolve around the connection between humans and nature, which would relate it to the United Nations’ Sustainable Development Goals. This is how we came up with the idea of the new Noh play “Orpheus”.

While observing the strict traditions of Noh, the new Noh play “Orpheus” does not depict the myth of Orpheus itself, but rather concentrates on the cultural and emotional significance of the image of the legendary musician. The play takes place at an indefinite moment in the distant past, when fate leads a traveling lyre-player to meet the ghost of Orpheus. The traveler’s pride in his own abilities prevents him from following Orpheus’ song. It seems that mastering the lyre is not only a matter of technique, but also of the deepest nature of one’s heart. Guided by Orpheus and Eurydice, the traveling musician learns that Love is the link that binds together the human soul, music and nature. 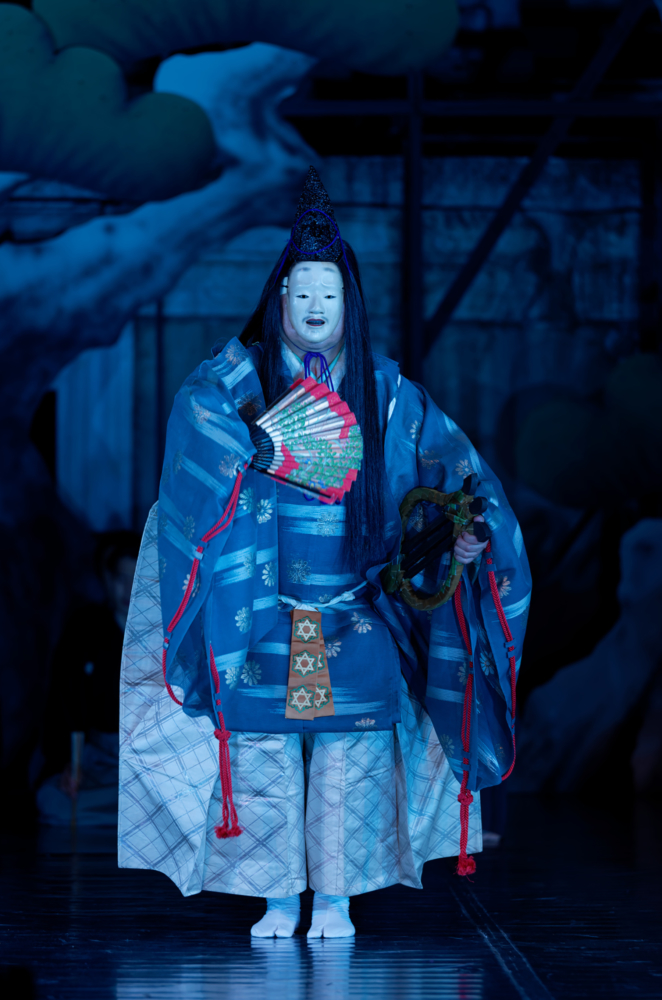 We decided that the best location to juxtapose the antique cultures of Japan and the Balkans would be the Ancient Roman Theatre of Plovdiv. We settled on two separate performances on the dates of September 27 and 28, 2019 – one performance of two relatively short traditional Noh plays and one performance of the new play “Orpheus”. Apart from Maia Bejanska, Mr. Yamamoto chose two other Bulgarian actresses – Stella Krasteva and Margarita Petrova. The actresses demonstrated overwhelming interest in Noh and its principles of acting and were soon able to memorize and reproduce complex series of movements. Having no prior Japanese language education, memorizing and pronouncing the libretto proved to be the most difficult part for them. However, after we took a few meetings to explain the meaning of the text, as well as some basic grammar and phonetics, they managed to perfect their pronunciation and vocalization techniques.

Since Maia Bejanska is dedicated to educating and supporting children at risk, we didn’t have to look far for children to play in the roles of forest animals during the Kyogen interlude. Maia introduced us to the children from her weekend camp – a mix of children from the asylum in the town of Velingrad and residents of the nearby village of St. Petka. For our workshops, we chose the recreation hall of the school in St. Petka. This was the first time the children came into contact with a culture so different from their own, and it inspired in them great interest in Noh and Japanese culture as a whole. Supported by the artist Shinta Inoue, we held a series of workshops during which the children created their own costumes and learned the movements and lines for their roles. 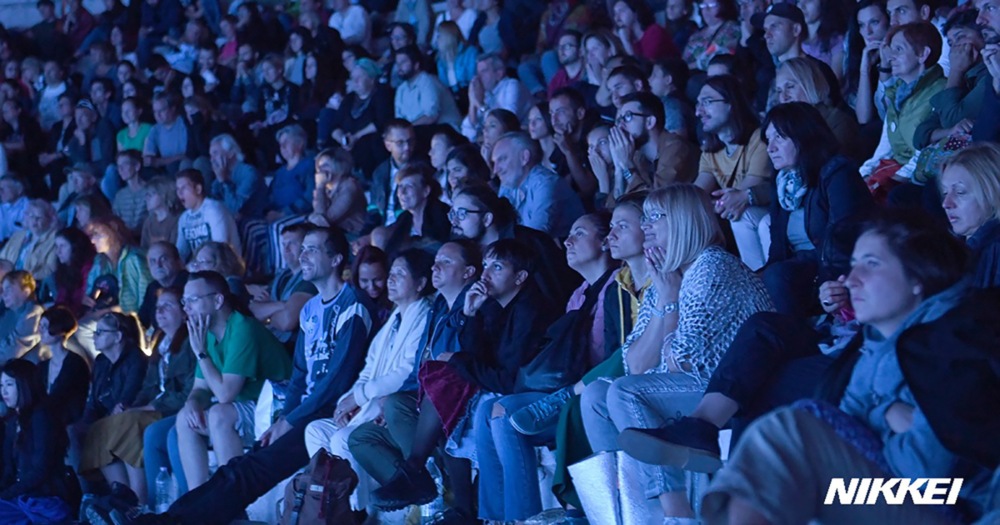 The performances were extremely well accepted, with the visitor count of each performance exceeding 600 people (a great turnout for a city the size of Plovdiv). The performance on Sep. 27 consisted of two traditional Noh plays – “Hagoromo” (The Feather Mantle), performed only by professional Japanese actors, and “Tsuchigumo” (The Ground Spider), performed by the Bulgarian actresses. Given the relatively short time for preparation and the overwhelmingly difficult texts and techniques, the Bulgarian actresses did a splendid job in faithfully and masterfully representing the art of Noh – an achievement which did not go unnoticed by the audience. The performance on Sep. 28 was the premiere of the new Noh play “Orpheus”. The Japanese actors, Maia Bejanska and the children performed brilliantly and successfully conveyed the heart of the play to the audience. We received personal feedback from Bulgarian and Japanese members of the audience who encouraged us to stage the play in Sofia and other Balkan countries as well. During their training, the children overcame their shyness and later took the audience by storm. It was an unforgettable experience, and they were sad to part with the Japanese actors. Currently, Maia Bejanska is still regularly conducting workshops with them, and part of their Kyogen performance has turned into a regular exercise during their sessions. 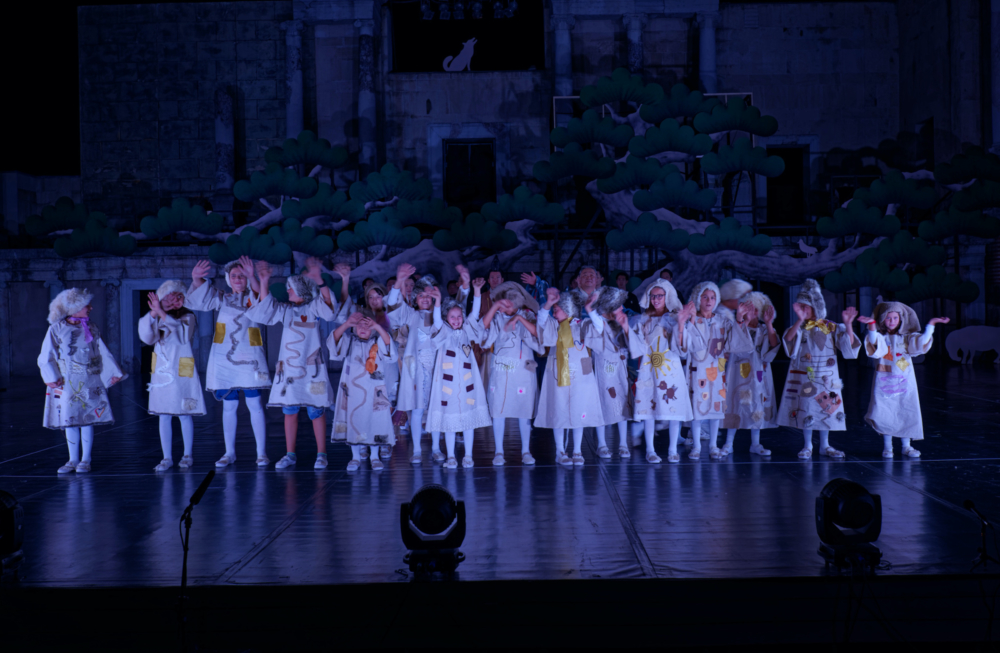 The entire project was carried out to great success. However, we view that endeavor not as an achieved goal, but only as the beginning of something whose scope is yet to be determined. We have planned performances in Greece and North Macedonia for the year 2020, and have already started looking for children to perform in the Kyogen interlude. We want “Orpheus” to become our Argus – the vessel to help us reach our goal of making the world a better place through the art of Noh. We want the message of the play, as well as the knowledge and skills gained during its production, to leave a lasting impression and remain in the hearts of everyone involved long after we have returned to Japan.