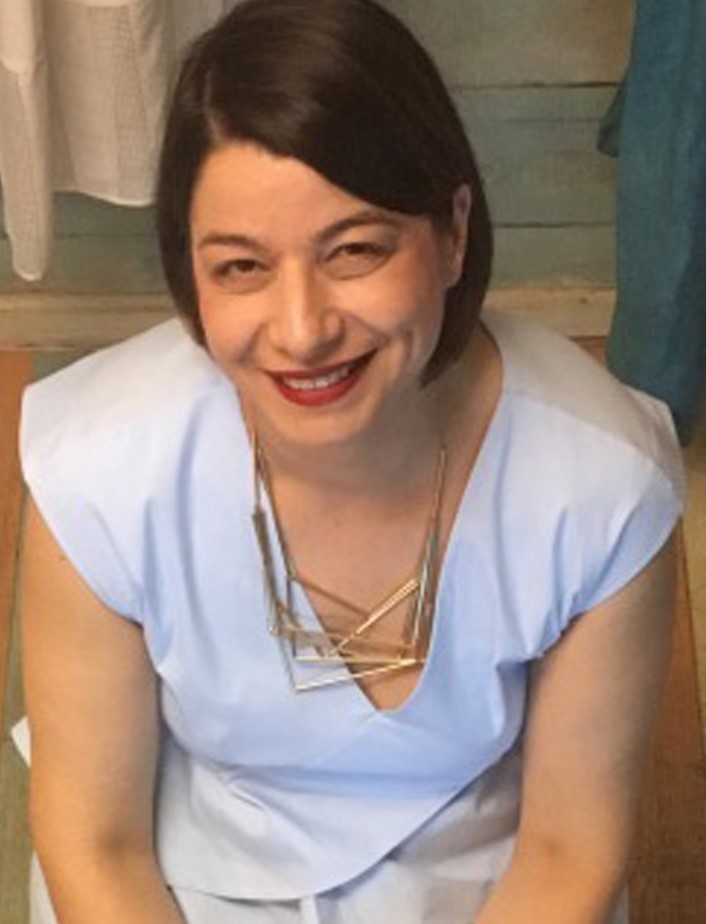 Living vertically, on the floors of the elongated buildings, in the elevator gap between the commercial noise and the quiet tea room. Producing ruthless futurism and worshipping the created by hand, made by your ancestors. Far and at the same time inexplicably close. 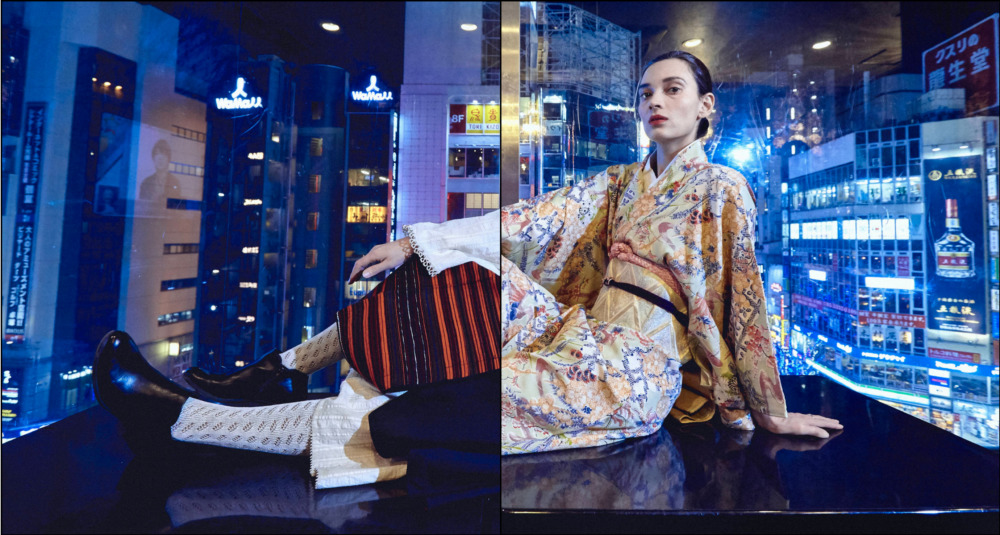 What causes the feeling of such closeness?

The curiosity: about an incomprehensible culture, its magic and its ritualism, the multilayers you want to spread.

The admiration: for futuristic visions, for the coexistence with the most sophisticated technologies, for the urban life with all its pleasures and ailments. The worshipping: towards the roots, the cultural traditions in order to transmit tribal memory, respect and love for those we come from.

We flew seven hours ahead on silky Japanese kimonos with exquisite patterns and inwrought stories, on grandmother’s embroideries, on paper like textiles or fabrics with iridescent lights like those in Tokyo by night, equipped with luggages full of manga hero icons, our mother’s wedding trousseau, letters of foreign friends and a recipe for a ceremonial dub loaf.

And here they are, embodied in conceptual fashion: the impossible possible connections and interweavings: Dresses made of memories, melted in futuristic designs.

“+7 HOURS” , a project of IVAN ASEN 22 conceptual designers`platform from Sofia, Bulgaria, turned out into a true cultural encounter through the visual language of contemporary fashion design. 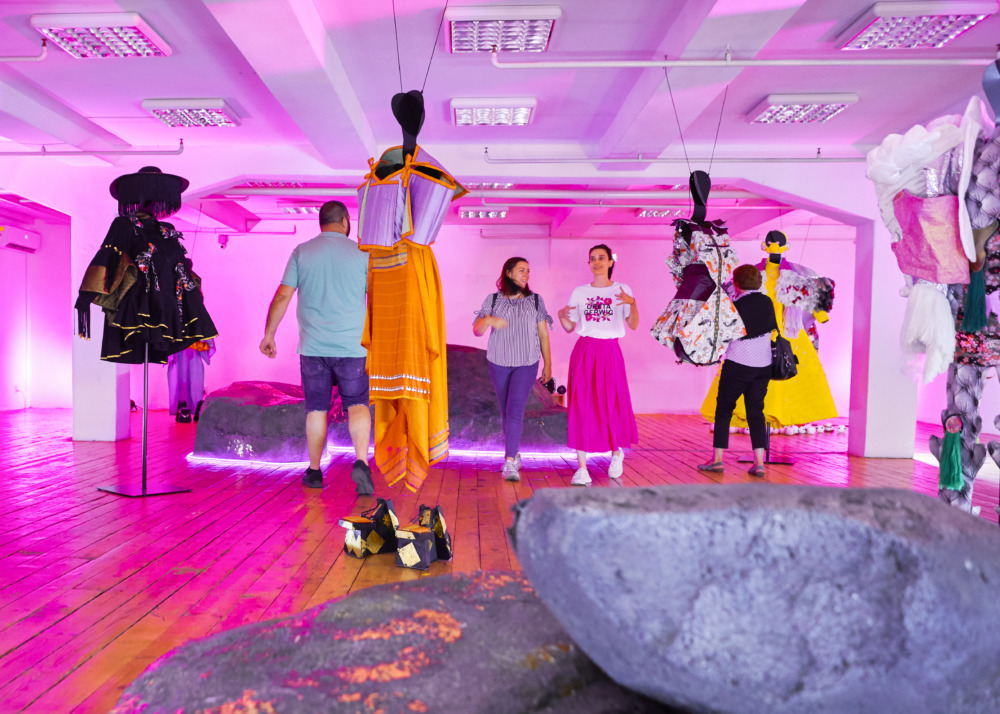 By interweaving traditional Japanese and Bulgarian culture, inspired by the personal story of the owners of authentic Japanese kimonos, combined with phenomena of contemporary urban lifestyle, nine Bulgarian fashion designers and three Japanese fashion students of BUNKA University, as well as Bulgarian artists (actress, set-designer, photographer, filmmaker) and Japanese cameramen and musician, created an innovative and visionary exhibition of 20 conceptual designers’ outfits including Japanese kimonos they were inspired by, and a fashion film showing actress Irmena Chichikova embodying “a Bulgarian body within a Japanese soul… Being your real self through your roots, the knowledge of your family and the exploration of foreign times, history and authenticity. Through the fabrics, the symbols, the traditional costumes so needed in our modern world to be closer to those we come from.”

Based on a profound research, both the Bulgarian and the Japanese designers passed through individual approaches and developed thoroughgoing concepts for their designs.

Some of them, like Georgi Florov, explored the simplicity of form of Bulgarian and Japanese traditional costume and combined the aesthetics of both cultures: In Japanese kimono decoration is created by layering of colored fabrics; the focus is on the print or the colored obi-belt, while in the Bulgarian costume, elements like embroideries and decorative strings of coins and tassels enhance and give a more solemn look to clothing. These differences led to the creation of simple, geometric shapes, while the complexity of the silhouette was achieved by adding elements and layers.

Based on her own Bulgarian identity, touching the vast expanse of Japanese culture, the designer Dilyana Ivanova sought out a readable symbiosis: The elaboration of geometry, the traditional materials, the fragile structure of memory, led her into a deeper insight into the symbol: its universal human validity.

Monumentality, geometry, symmetry are also the main aspects Yana Dvoretska´s idea of the Japanese national costume includes. It is a garment with the power of armour, a shelter – in which a woman looks even more fragile, gentle and vulnerable. 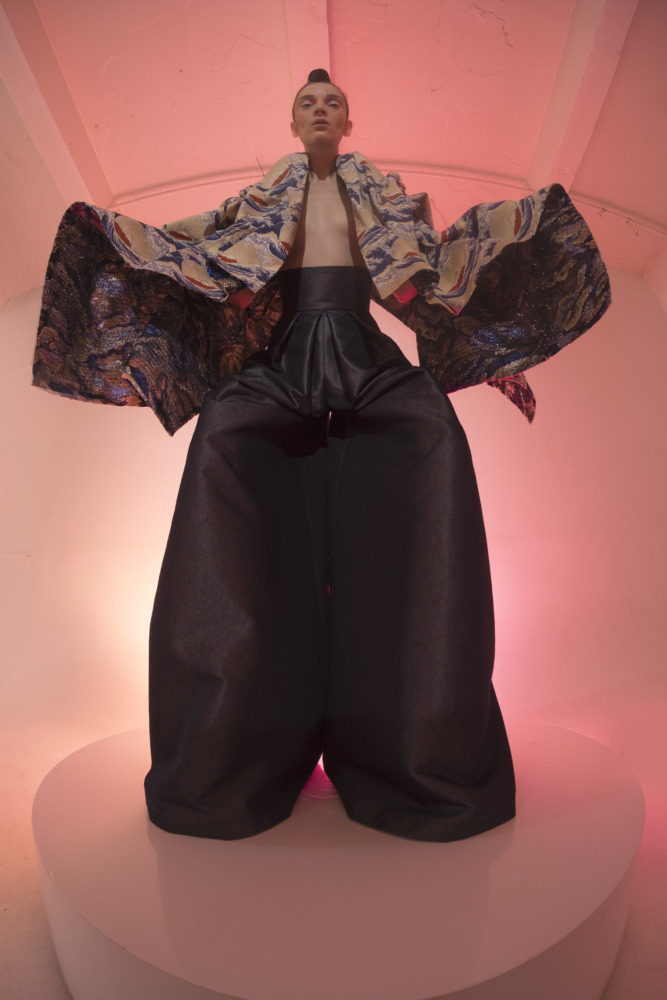 The designer Alexander Gerginov connected the figural motifs of an authentic Japanese kimono and their interpretations to traditional Bulgarian motifs, imagery, and symbolism and developed a brief narrative with sincere wishes towards the owner of the kimono. The designer´s outfits depict the life cycle through which the beauty and transience of every valued moment of our life is shown.

Bright, colorful, rich – such are both cultures. The advertising materials, signboards and neon lights on the streets of Tokyo and the colored printed street poles in Bulgaria inspire the clothes of Polina Sotirova. The simplicity of paper and fabric is juxtaposed to the complexity they can create with their accumulation. The kimono, uniting art and heritage, inspired her for the decoration of the garments. In the interpretation of its drawing, she processed legacy textiles: folklore panels embroidered by her grandmother.

Heritage, alongside with a traditional Japanese kimono with bamboo pattern, was an inspirational point also in the work of Neli Mitewa. The embroidery inherited by her grandmother was transformed into a digital all-over-print, in collaboration with textile designer Dinka Kasabova. The main motif is the rhombus, symbolizing fertility, family and the well-being of the clan. Against the backdrop of recurring rhombuses, a graphic bundle of interweaving bamboos in comic-style, with its tips pointing upwards, states the bamboo’s quest for survival, resistance and the will to live.

Other inspirations for the Bulgarian designers lied in the symbolic meaning and the social aspect of such symbolic garments like the formal Samurai kimono of a Noh player (Simeon Atanasov), in fashion trends like “Sick Cute” based on current phenomena in Japan´s society (Stanislava Dimitrova) or in the architecture of the Bulgarian Orthodox cathedral “St. Alexander Nevski” dressed up in the colours of Tokyo (Tsvetalina Atanasova who replaced the icons by Japanese comics and represented all the Christian symbols in contrast colours and with flashy elements.) 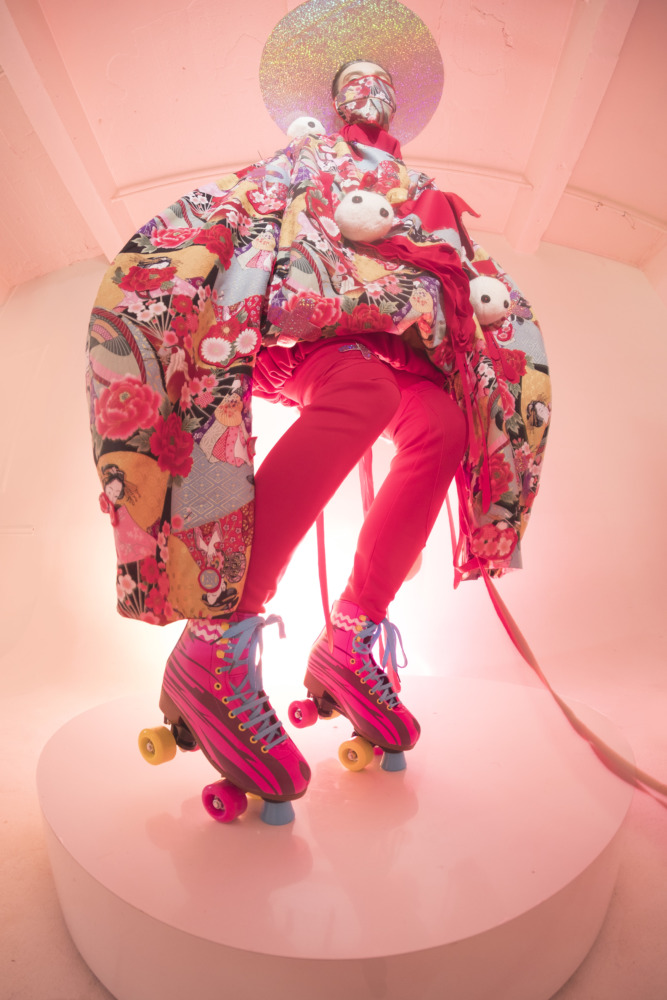 The Japanese fashion students of BUNKA University, on their part, studied the spectacular combination of colours in Bulgarian costumes and masks, with simple printing, but with a great effect caused by the repeated arrangement. Portraying each other’s cultures in a contemporary way, they incorporated Kimono’s flat construction, and infused Bulgaria’s Folklore elements to create intriguing conceptual garments.

“+7 HOURS”, during its 18 days of presentation at SKLAD-Plovdiv, attracted over 700 visitors.

The exhibition was part of the Museums’ Night in Plovdiv September 14th and in the official programme of the Triple Anniversary of the relationships between Japan and Bulgaria 2019. It is now invited to Fashion Weekend Skopje where it will be presented as a live fashion performance November 1st, 2019, bringing new meanings to it.