HOME > Column > Art: The Asking and the Asked 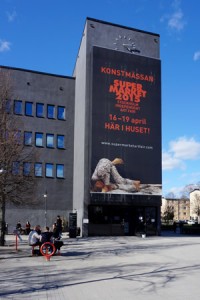 People who find themselves in a difficult place in their lives — facing a physical disability due to misfortune, for example, or mental suffering due to stress — and are saddled with big changes that are difficult to face up to in their daily lives sometimes begin impulsively to engage in creative activity. Even if it is something they may never have done before, they don’t seek someone’s instruction. The reason why is that since this work of production is an act purely of confronting their own lives, there is no need to suppose people might see what is produced. Such expression, driven solely by an impulse that arises from within, is possessed of its own distinctive aesthetic unlike that of the art that we know. It is what we call art brut, outsider art or self-taught art. In Japanese art history the study of such art only began in the modern era after these works began to achieve some regard. In Western art history too how to classify them has long been a subject of ongoing debate, and in 2013 the Venice Biennale, an art festival of global prominence, excited a sensation with a groundbreaking show exhibiting these works alongside contemporary art. Encouraging this trend, at The Room Below, where we have supported artists who have pursued productive work while living with disabilities since 2006, we decided to show work at the Supermarket Art Fair 2015, an international event presenting contemporary art. Our purpose was to find opportunities to consider, in the course of interaction with large numbers of artists, where the concept of work that we have termed “outsider” differs from that of conventional art and also what they have in common. We made a rewarding presentation at this art fair that does not restrict itself to academic art, but also shows as contemporary art pieces from the art of non-Western cultures and of social minorities that have long been held outside the framework of the fine arts. It was meaningful to build and return home with an international network for sustaining and developing a constructive dialog with artists from around the world. 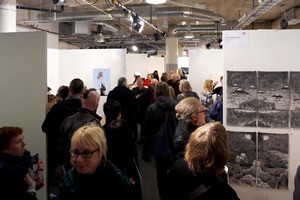 View of the opening ceremony 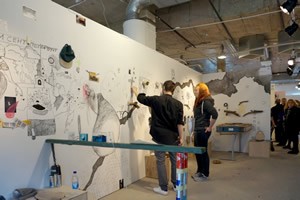 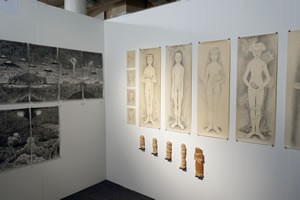 Exhibition view of the gallery stand for The Room Below

Showing in the Supermarket Art Fair is restricted to organizations and galleries operated independently by artists and to non-profit arts groups, which means one may see there much experimental work that is difficult to show at commercial galleries. By taking part in panel discussions and debates held during the course of the fair, exhibitors engage in an active exchange of views, and at the meetings that we took part in interest focused on the sources of funding for activities and these discussions consumed a great deal of time. The reason is that since, as mentioned earlier, the quality of these pieces makes it difficult to expect to fund activities from their sale, some other way must be found. Deeply interesting is that as one probes the question of money, a country’s cultural policies become apparent as does its political background. If there are countries where one may rely on subsidies from public bodies to fund activities, there are of course others lacking a sufficient support system. We learned that in some countries not only does contemporary art itself face an environment in which it is accepted as art only grudgingly, but artists themselves are oppressed as antisocial elements. It seems that many of the artists we met at the art fair have been maintaining their space for producing and showing work for some reason that they must offer to society and not for the acclaim of artistic circles. This year’s art fair welcomed participants from more countries than in the past, and attention especially focused on exhibitions from countries such as Ukraine, Russia, Syria, Palestine and Egypt that are experiencing profound social unrest. Many of them dealt with political themes, and their work addressed strong messages to the viewers. “The truths that everyone knows are made in compliance with the authorities. Through our work we want people to learn the truths of people in weak circumstances with no authority,” they say, and one senses in their attitude the strength of the artist seeking to fulfill his role and responsibility grounded in perspectives different from those of journalists, and also criticism of the media that make no attempt to convey hidden truths. At a symposium held during the fair, artists and gallery operators from various countries exchanged views on the theme of “art as resistance”, discussing it from such varied angles as gender, education, economics and cultural background. In short, this art fair was an attempt to re-examine the question “What is art?” from bottom up without locating oneself within the existing context and values of art. They say that art needs no language, but the undercurrent running through this fair was that there can be no art without forthright language. 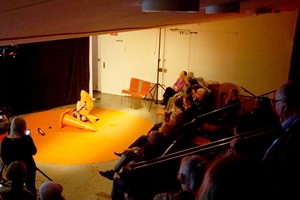 What we took away from the experience of this international art fair is that cultural exchange is not necessarily about introducing each other to one’s own distinctive nationalism, traditions or customs. We live in a time of globalization where other people’s problems may become our own, whether we like it or not. Does not cultural exchange in these times consist in the exchange of opinions transcending geographical borders and conscious of contemporaneity? Beyond a sense of the expectations placed on art and the responsibilities demanded of it, our activities should now develop robustly from our success in constructing an international network of many artists.