Ambassador of the Slovak Republic to Japan

“Why jazz? (as a genre of a common cultural presentation)” I have been asked by one of the participants of the concert that took place in Tokyo on November 4th this year. The question itself could provide an answer to it.

The Visegrad Group (also known as the “Visegrad Four” or simply “V4”) reflects the efforts of the countries of the Central European region to work together in a number of fields of common interest, on various levels. The Czech Republic, Hungary, Poland and Slovakia have always been part of a single civilization sharing cultural and intellectual values and common roots, while preserving specifics and diversity. 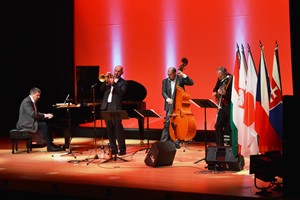 I think it is fair to say that the four countries are rather well recognised in Japan through classical music. Far less through more contemporary genres of music, including jazz that has become a firm and vivid part of cultural scenes. A number of festivals, events, concerts and common jazz collaboration projects could be named to illustrate rich jazz life in V4 countries, but let me mention just one example. Soon, the Jazz For Sale Festival, one of the “Visegrad Days” cultural events, is going to take place in Košice, Capital of European Culture in 2013.

The Visegrad Jazz Quartet, which performed the concert in Tokyo, serves as a good example of V4 (Visegrad) cultural and artistic collaboration. The artists of all participated countries are connected by the same interest: jazz musicians understand the same language – the language of jazz – regardless of their nationality. This language allows them to communicate at the highest level without having to suppress their identity. The things that connect all the musicians also allow them to preserve the diversity. And it is this diversity that makes this formation interesting and brings new impulses. 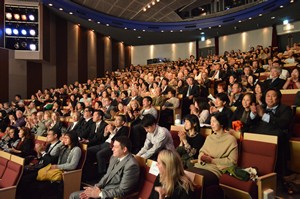 The members of the V4 quartet started their collaboration in 2002 when open jazz platform “Central European Jazz Connection” (CEJC) was established by the Polish pianist Kuba Stankiewicz. This platform connected Austria and the new EU members Poland, Slovakia, Slovenia, Czech republic and Hungary with the goal to present the variety and yet the common cultural background of these countries. The first concert of CEJC took place in Warsaw in February 2002 and it was broadcasted live by the Polish radio. Throughout the years 2002 – 2011 CEJC performed at many festivals and events all over Europe and in Israel. Although the list of participating musicians during the whole period is quite long, its members, jazzmen Kornél Fekete-Kovács playing on trumpet and flugelhorn, Kuba Stankiewicz on piano, Matúš Jakabčic on guitar and Tomáš Baroš or Jaromír Honzák on bass, always have been the core of and leading force in the band and have played on all the concerts. This fact, and the idea of forming a quartet consisting of four musicians from the Visegrad countries, led to birth of the V4 Quartet. It was founded in 2011, the year of the 20th anniversary of the Visegrad Four. Since then, the V4 Quartet has performed in Prague (Czech Republic), Bratislava (Slovakia), Bucharest (Romania), and Brussels (Belgium). Most recently, in June this year, the band played two concerts in Moscow and a concert at Porgy and Bess jazz club in Vienna (Austria). 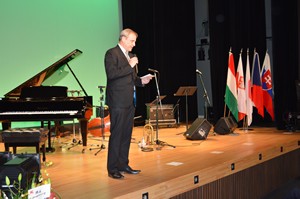 The quartet members are renowned personalities of the Central European jazz scene, with a vast experience of music collaboration with world leading jazz formations and jazzmen. Their strong individualities are expressed not only in their high performance mastership, but also through their jazz compositions and arrangements (selection from the quartet members´compositions formed the repertoire that they performed in Tokyo). All they are connected by similar musical feeling. The “language of jazz” they commonly speak, is – I believe – well understood also here in Japan (and, indeed, it was strongly felt during the concert).

For the quartet, the Tokyo concert has provided first opportunity to perform in Japan. Prior to this November evening, the quartet members had never presented themselves to the Japanese audience, neither together, nor individually. And, as far as I am aware, this was also for the very first time that jazz “envoys” form all four Visegrad countries played together on one stage in Japan.

Therefore, by organising the V4 jazz concert we hoped for providing a chance to look at the V4 countries, commonalities and collaboration between them from a different perspective. Judging from reactions of those who attended the concert they fully enjoyed this rather new experience. And it would be nice to see this V4 jazz project being further enriched by collaboration with Japanese jazz musicians in future, which, I think, is not only achievable, but also fairly natural. 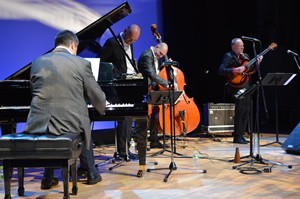 We would not be able to do so without help of our partners here in Japan, and most of all the EU-Japan Fest Japan Committee. Herewith we would like to express our deepest gratitude for their generous support to this concert.

Exchanges and cooperation between Japan and the Visegrad Four countries have been gaining strength and dynamism in recent years. Yet, a lot more could be done to further promote better knowing each other, encourage interest in learning about ourselves and deepen mutual understanding. This is the way how friendship is built-up, and friendship is the bond which not only helps to work together in good times, but also to overcome difficulties in bad times, too.