HOME > Column > Me and My Friend

I live here. In the evening on a clear day I’m always waiting for my friend so that we can talk with one another. We sit outside and talk. That’s because he leaves quickly.

When we talk about what happened during the day, it feels like the day was a little bit longer. That’s because a lot of things happened that day. After all, I get up in the morning, eat breakfast, go out, go shopping and the like. Even if I haven’t done anything all day, or I’ve been inside the whole time, before I know it lots of things have happened.

My friend and I are the same shape. But sometimes he’s thin and tall and sometimes he’s fatter than I am. He’ll be thin one day and suddenly as round as a ball the next.

I dream of being with my friend. My friend has the same dream, too.

In the summer, except at night, we’re together all the time. 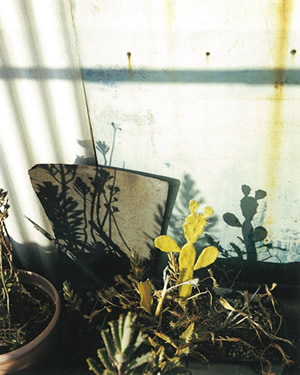