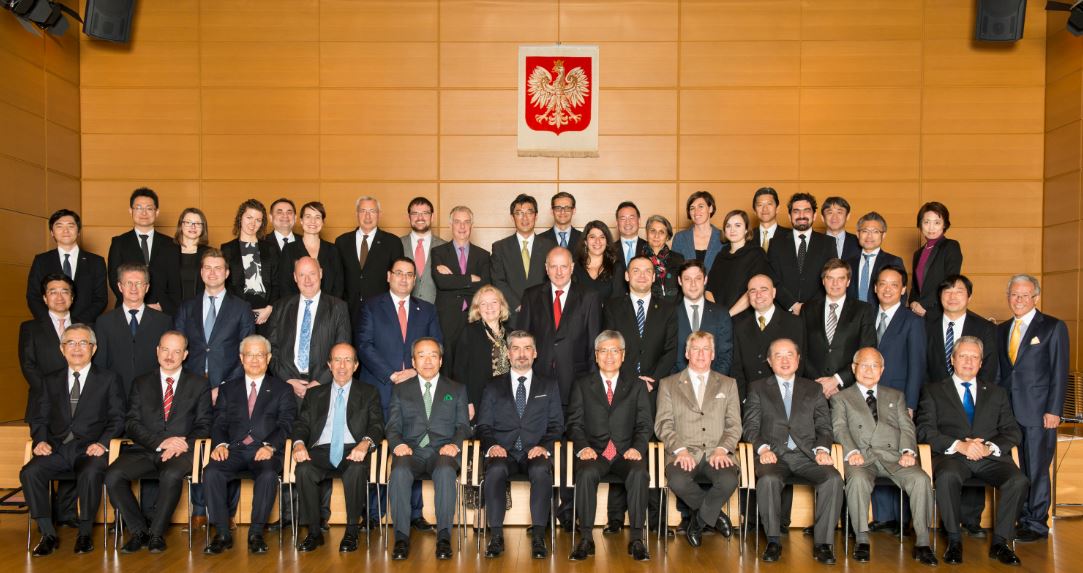 The general committee meeting 2016 was held on 25 February at the embassy of Poland, Tokyo. 48 people attended the meeting including our members of Japanese business leaders, ambassadors from 9 countries, 9 European Capitals of Culture (ECoC). The 23rd chairman Mr.Hideaki OMIYA (Chairman of Mitsubishi Heavy Industries, Ltd.)reported about the activities of 2015, and ECoCs of 2015 and 2016 presented their programs.