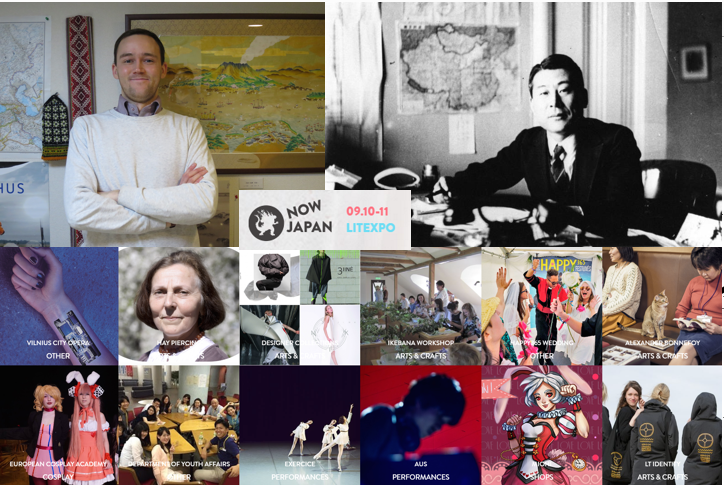 The Japanese Culture Festival, Now Japan, has been held in Vilnius, the capital of Lithuania, for the past eight years. The largest festival of this kind in Baltic countries introduces Japanese traditional culture such as Japanese cuisine, Ikebana, calligraphy, and bonsai from pop culture such as animation, manga, and cosplay. Organizer Sergei Grigorjev visited our office to report on the achievements of the festival of this year. He also talked his new project about Chiune Sugihara, a vice-consul of the Japanese Consulate in Kaunas and known for visas to the Jewish refugees. Sergej told his idea about this project to launch free application so that young people could feel familiar to Sugihara’s life. For further research, he will stay in Japan until the 16th of Dec..