International Youth in Concert in Wroclaw and San Sebastian 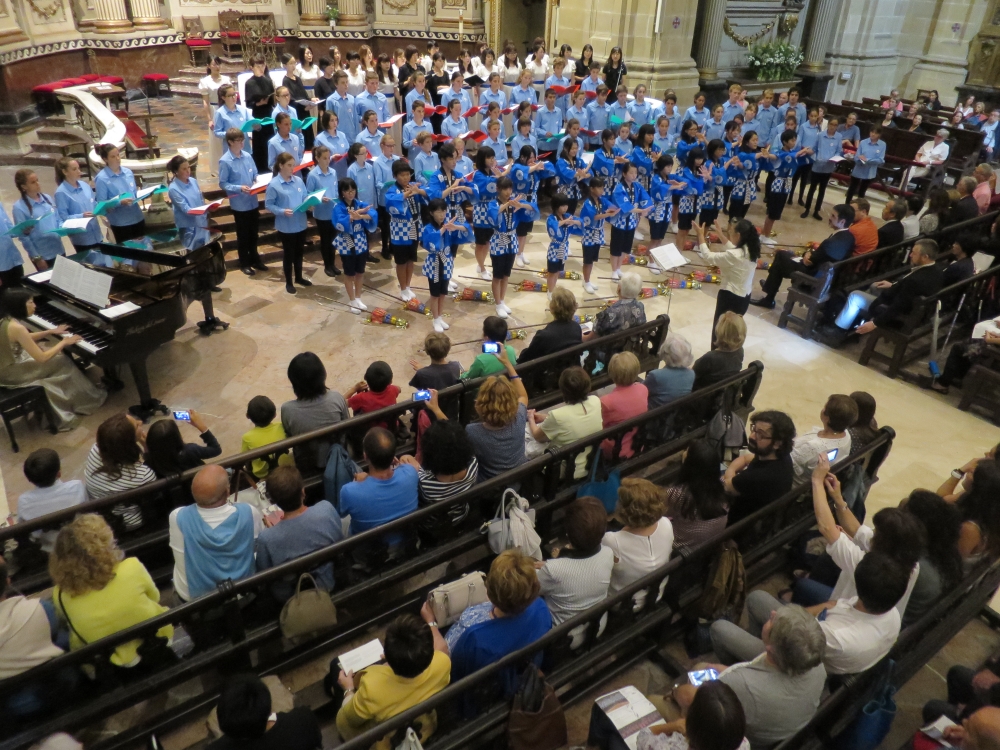 There were “International Youth Concerts” in Wroclaw and San Sebastian on 5 and 9 September. Three choirs from Japan, SANIN PHENIX Children’s Choir, Miyagi Sanjo OG Choir and Clair Choir collaborated with local ones, NFM Boys’ Choir and Orfeoi Txiki Choir. Both Japanese and local choirs performed mutual mother tongue songs, allowing them to deepen their friendships and cultural experiences. The concert venues were full of local people, including host families they were welcomed, and they got a lot of applause from audience in both cities after the programmes.