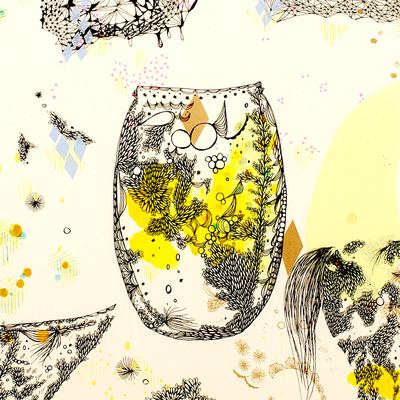 Fukushige Akiko’s solo show titled “Circulation Change,” is now on at The Third Gallery Aya, Osaka. Akiko participated in the art festival Guimaraes nocnoc in 2012, as a part of European Capital of Culture Guimaraes 2012’s projects.
This exhibition presents all of the artist’s newest works, which were show at ART OSAKA 2015 and deal with her experiences in Mongolia.
The Third Gallery Aya
January 30(tue) to February 20(sat), 2016
http://www.thethirdgalleryaya.com/en/