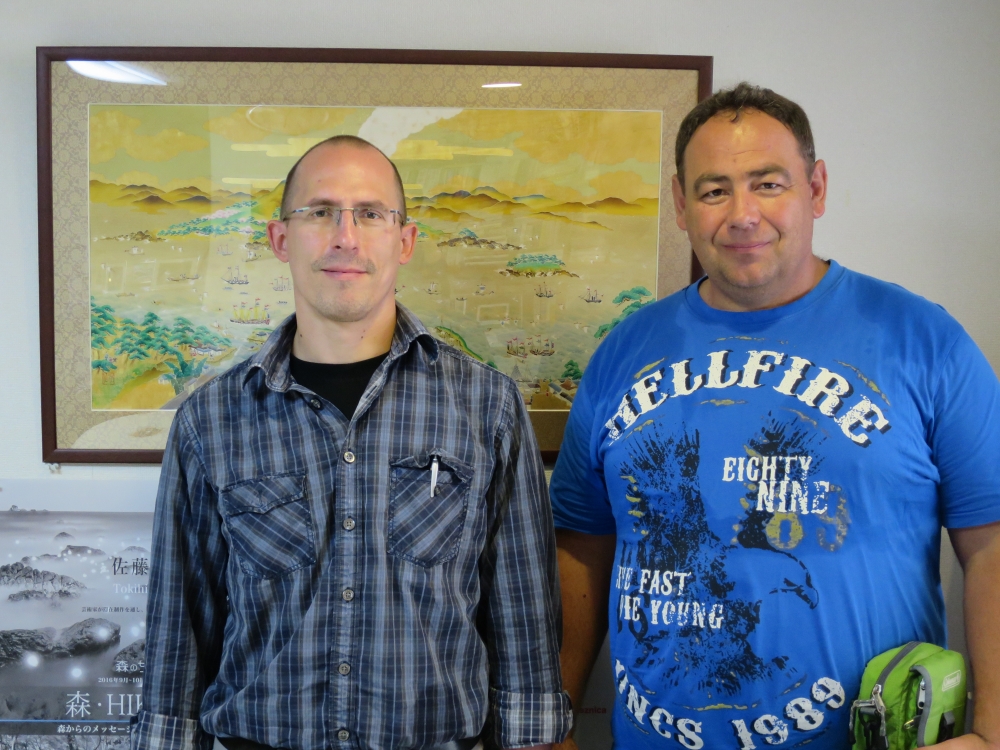 The number of practitioners growing in Europe, Aikido is turning to worldwide martial arts under the guidance of Doshu. Yesterday, Aikido teachers in Pilsen, Mr. Sip and Mr. Basl visited our office after attended seminars and the International Aikido Federation Congress at Takasaki city. As Mr. Izawa (Former Secretary General of IAF) has just been nominated for the Chairman, we can expect the further enrichment and development of Aikido in abroad!