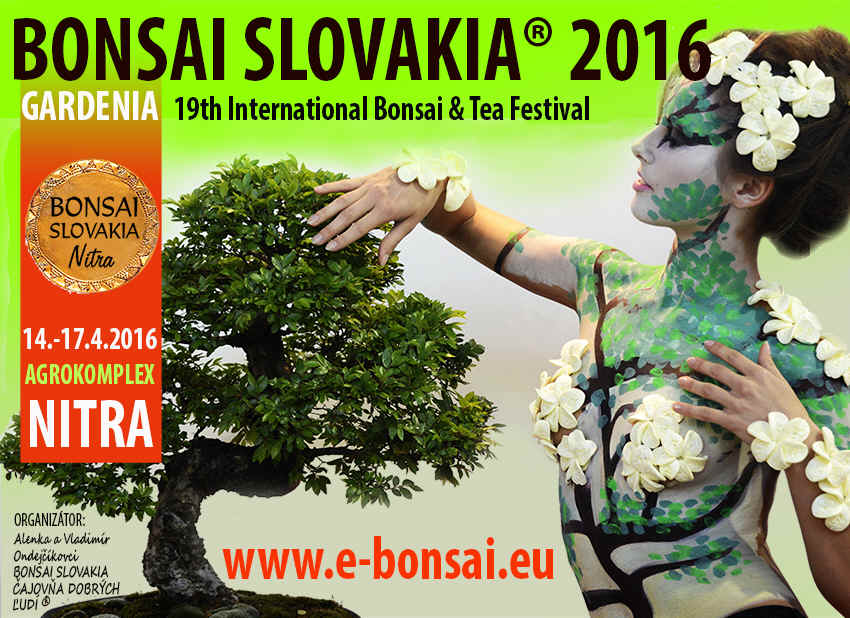 Bonsai Slovakia 2016 has just ended a great success! This exhibition has been held in Nitra, Slovakia with earnest operation of Mr. and Mrs. Ondejcik every year since 1997. They were also the organizers of the Bonsai exhibition of Kosice2013, European Capital of Culture. Takuya Suzuki, Bonsai master, was invited to give his demonstration in the 19th international festival of this year.

Use the City Festival :Bonsai Exhibition（Kosice2013）