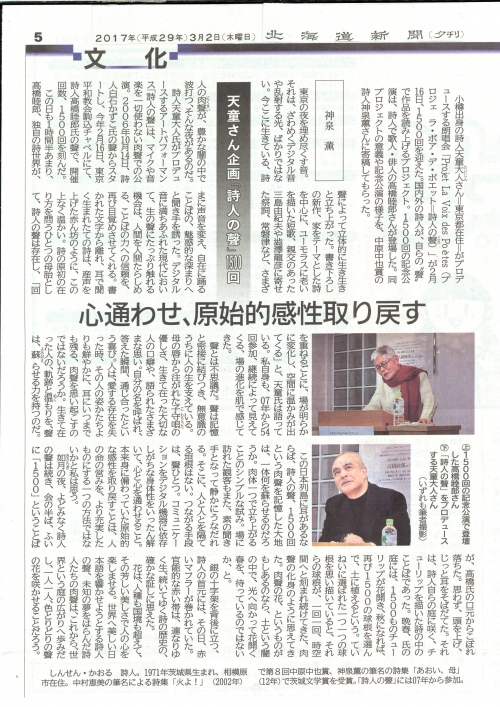 La voix des poètes, a poem recital directed by Poet Taijin Tendo, has commemorated 1500th anniversary in Feb. 2017. This event started with the aim of delivering poems with natural voice to the audience and Tendo has been actively organizing this event since 2006 without a rest. The website is occasionally updated.