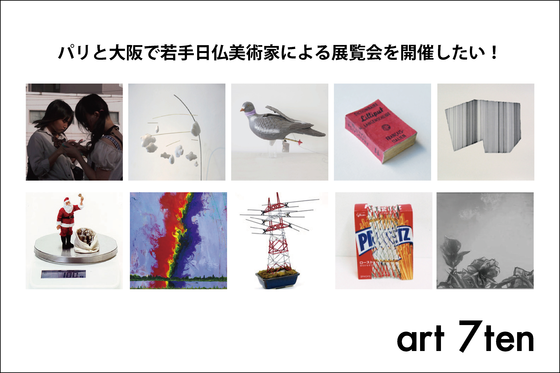 Art 7ten, French-Japanese association for contemporary art, have launched a crowd funding campaign for binational exhibitions. This non- profit organization have been established aiming the development of exchange in the world of contemporary art between France and Japan. The fund will be used to cover a part of artists’ flight cost, hotel expenses, and transportation cost. Mr. Satoru Tamura, joined Liverpool 2008 (European Capital of Culture) is included in participant artists who will show the works at a gallery in Paris. In the past, France gained the title of European Capital of Culture in 2004 (Lille), and 2013 (Marseille-Province).